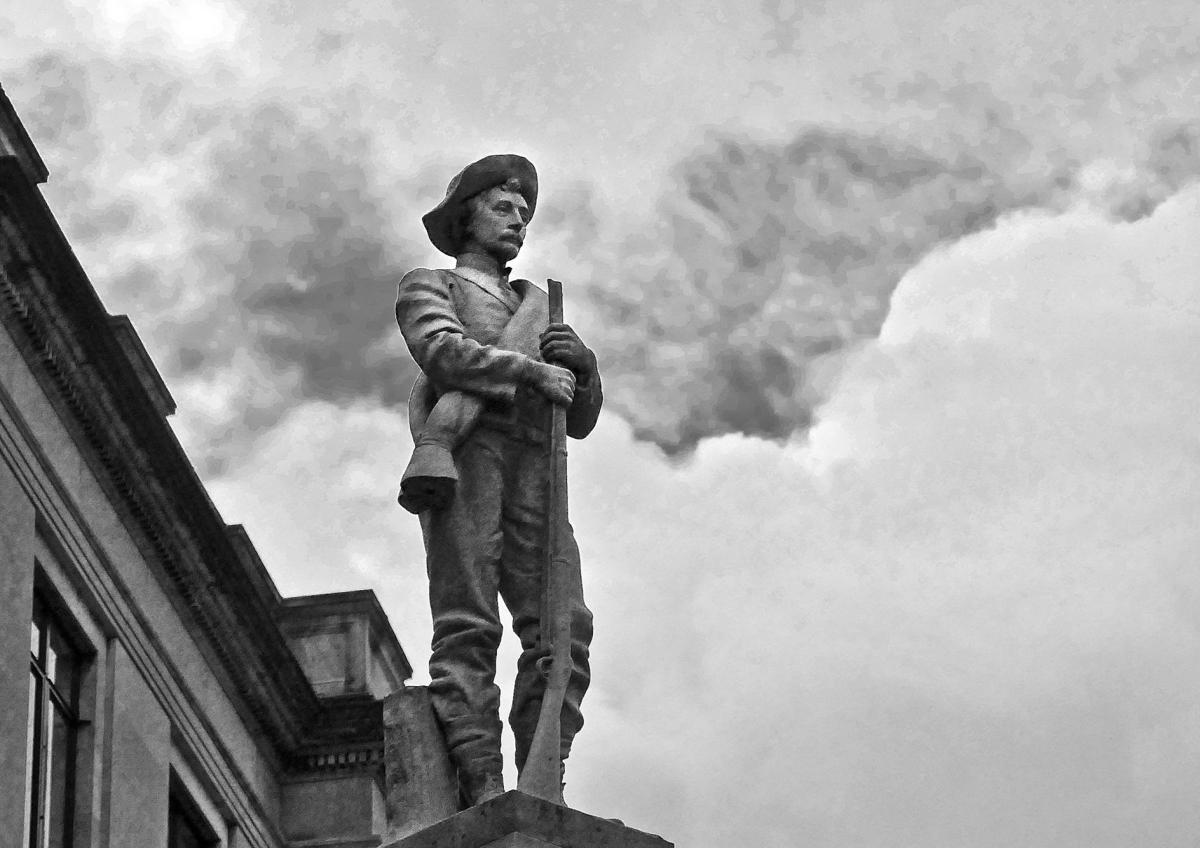 The Confederate Soldiers Monument is outside the old courthouse on Fourth Street. 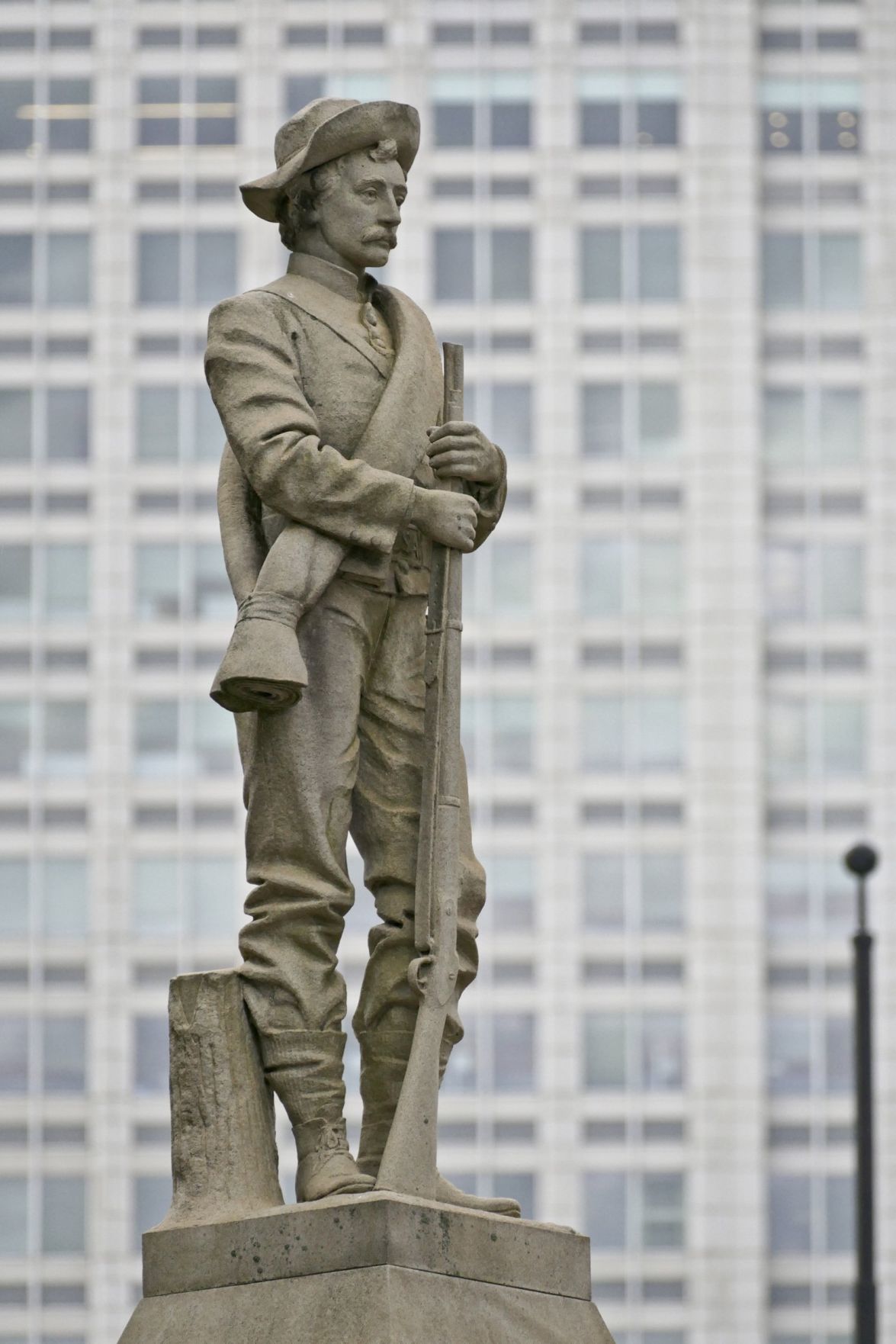 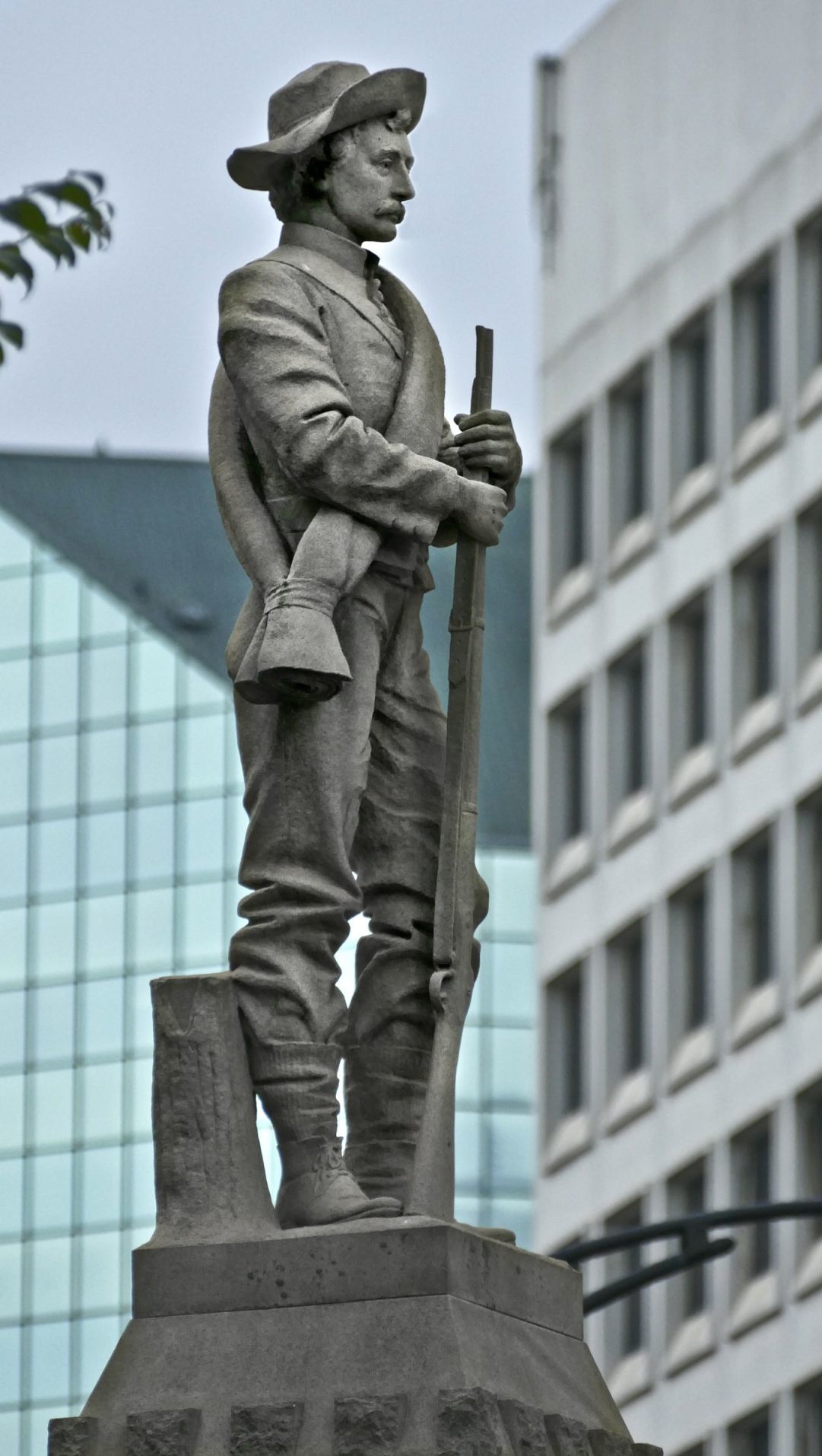 The United Daughters of the Confederacy will delay any decision about its local Confederate monument until a state commission rules on Gov. Roy Cooper’s request to move three Confederate statues from the Capitol’s grounds in Raleigh, according to Winston-Salem Mayor Allen Joines.

Joines said he last spoke to Peggy Johnson, who was then the president of the North Carolina division of the United Daughters of Confederacy, in late fall of 2017. Joines said he mentioned a proposal to move its Confederate monument from its location at the corner of Fourth and Liberty streets to Salem Cemetery, about a mile away at 513 Cemetery St.

“That’s seems like an appropriate way to honor the Confederate deceased soldiers,” he said. “We have no authority to move the monument because of the state law. We tried to come up with a solution that is palatable to the United Daughters of the Confederacy.”

The Republican-controlled General Assembly approved a law in 2015 that prevents the permanent removal of most Confederate monuments on state and local property without legislative approval. The law also severely limits moving those statues.

The James B. Gordon Chapter of the United Daughters of the Confederacy raised $3,000 to construct the Confederate Soldiers Monument in 1905 in what was then Winston. The organization still claims ownership of the statue, which stands next to the old Forsyth County Courthouse.

It is the only Confederate monument in Winston-Salem and Forsyth County, according to the N.C. Department of Cultural Resources website.

No one at the national headquarters of the United Daughters of the Confederacy, or UDC, in Richmond, Va., could be reached for comment last week.

Herbert Coleman III, the manager of Winston Courthouse, which also is based in Richmond, couldn’t be reached for comment. That company likely will have to give its permission as well to allow the statue to be moved, said Alan Andrews, the deputy city attorney.

“I wouldn’t come on someone’s property and move something without their permission,” Andrews said.

The UDC considered the mayor’s proposal, Joines said, but it is awaiting a decision by the N.C. Historical Commission on Cooper’s request to move three Confederate monuments from the state Capitol grounds in Raleigh to the Bentonville Battlefield State Historic Site in Four Oaks in southern Johnston County.

The commission’s Confederate Monuments Study Committee will meet at 10 a.m. Wednesday at the N.C. Archives and History/State Library Building, 109 E. Jones St., in Raleigh. The committee will discuss its recommendation to the full N.C. Historical Commission.

At 10:30 a.m., the full commission will meet at the same location and discuss the committee’s recommendation.

W. Noah Reynolds, a member of the historical commission and study committee, declined on Friday to discuss the pending committee recommendation or comment about the Winston-Salem’s proposal to move the Confederate statue to Salem Cemetery.

Renewed interest in the city’s Confederate statue in downtown Winston-Salem comes in the aftermath of last year’s violence in Charlottesville, Va. On Aug. 12, 2017, the Ku Klux Kan, neo-Nazis and pro-Confederacy groups protested that city’s decision to remove the statue of Confederate Gen. Robert E. Lee from a downtown park. Counterprotesters confronted the white nationalists, and people on both sides fought.

A Charlottesville woman died in the confrontation and two Virginia state troopers died when their helicopter crashed. The events in Charlottesville sparked city and states throughout the country to question whether statues honoring Confederate soldiers and leaders should stay or be removed.

The UDC issued a public statement about Confederate statues on Aug. 21, 2017. Its says, in part:

“The United Daughters of the Confederacy totally denounces any individual or group that promotes racial divisiveness or white supremacy. And we call on those to cease using Confederate symbols for their abhorrent and reprehensible purposes.

“We are saddened that some people find anything connected with the Confederacy to be offensive. Our Confederate ancestors were and are Americans. We as an organization do not sit in judgment of them nor do we impose the standards of the 21st century on these Americans of the 19th century.”

Someone spray-painted the base of the Winston-Salem statue on Aug. 18, 2017, a few days after a small sign reading “Shame” was put at its base.

The Rev. Alvin Carlyle, the president of the local chapter of the NAACP, said he spoke with Joines last year about the proposal to move the monument.

“I told him that it was a good idea,” Carlyle said. “It needs to be moved out of the public square. There is no better place for it to be among those soldiers buried in the cemetery.”

In April, two historians told The Associated Press that some historical context should be added to Confederate monuments across North Carolina if those statues aren’t moved from public sites.

Last fall, the Forsyth County Historic Resources Commission took no action on a request for a marker to be put next to the Confederate monument. Bill Blancato, a Winston-Salem lawyer, submitted the request, and the commission’s historic marker committee considered it in late November 2017.

The committee will again consider Blancato’s request for a marker this fall, said Michelle McCullough, a project planner for the city’s Planning and Development Services Department. She also works with the commission.

Blancato told the committee last year that the monument represents an incorrect and inaccurate part of American history.

“To help heal the wounds of our brutal history, a marker should be erected to correct the inaccuracies and to complete the picture of why the monument was erected,” he told the committee.

The proposed text for the marker would be: “The nearby statue was erected in 1905, a time of segregation and repressive Jim Crow laws that denied civil rights to African-American citizens. White supremacist, Alfred Moore Waddell, spoke at the statue’s unveiling. Statues honoring confederate soldiers were part of the efforts by white supremacists to repress African-Americans.”

Blancato told the Journal that he opposes removing the statue.

“It’s sort of like sweeping history under the rug if you remove it,” he said.

The monument of a Confederate soldier was erected in 1913 with donations from the United Daughters of the Confederacy. It has been the focus of protests and vandalism for decades.

The Confederate Soldiers Monument is outside the old courthouse on Fourth Street.