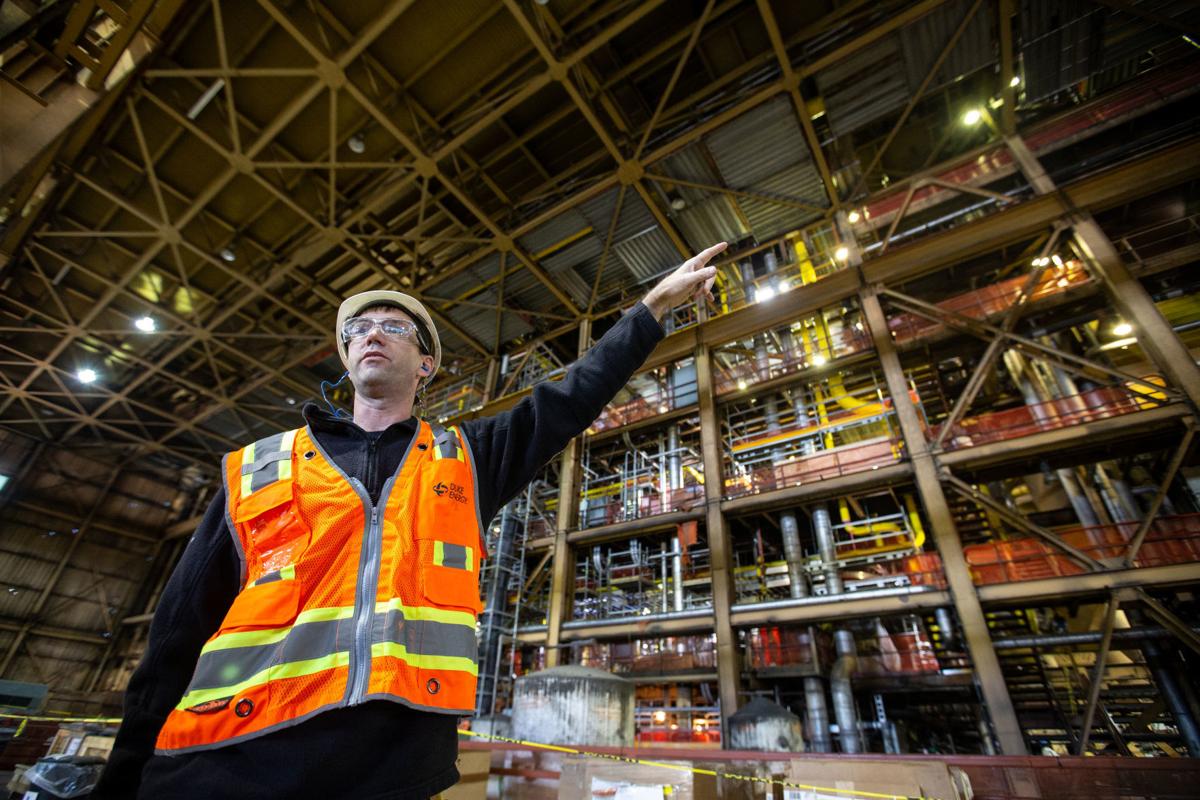 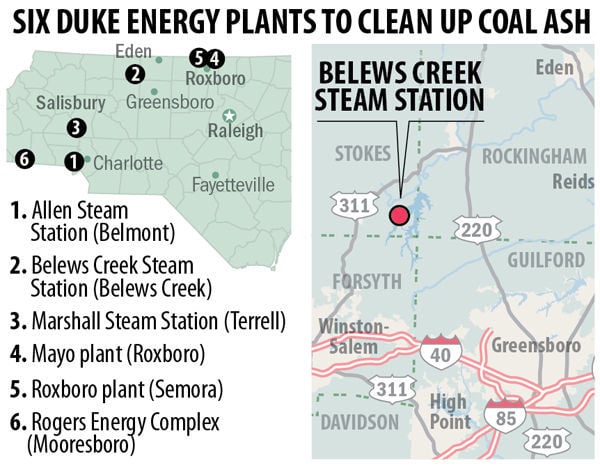 Duke Energy, state regulators, and environmental and community groups have reached a massive settlement agreement requiring that most of the utility’s submerged coal ash be disposed of in lined landfills.

The agreement means more than 76 million tons of coal ash now stored under water in basins will be excavated and buried in landfills, state officials said.

The settlement directly affects Belews Creek Steam Station, northwest of Greensboro in Stokes County, and five other active and former coal-fired plants in other parts of North Carolina where disposal methods had been in dispute.

“North Carolina communities have lived with the threat of coal ash pollution for too long,” said Michael Regan, secretary of the state Department of Environmental Quality. “They can now be certain that the cleanup of the last coal ash impoundments in our state will begin this year.”

Duke Energy had filed an appeal with the state Office of Administrative Hearings last year after DEQ regulators rejected the utility’s proposal to use a “cap-in-place” technique that would have left some of the ash in place at Belews Creek and several other North Carolina sites.

The utility had sought to cover stored ash at those sites under impervious caps the utility contended were just as safe as landfill disposal.

The agreement also promises to settle separate lawsuits by environmental and community groups that were under way in state Superior and federal court systems.

Environmental and community groups that signed onto the agreement included Appalachian Voices, the Stokes County Branch of the NAACP, Catawba Riverkeeper Foundation, the Sierra Club, the Waterkeeper Alliance and the Roanoke River Basin Association.

They were represented by the nonprofit Southern Environmental Law Center, which praised the agreement for its “historic” potential.

“The agreement is a historic cleanup of coal ash pollution in North Carolina, and the Department of Environmental Quality and community groups throughout the state have provided essential leadership in obtaining it,” said Frank Holleman, senior SELC attorney based in Chapel Hill.

The agreement will save Duke Energy about $1.5 billion. particularly by allowing the utility to leave in place some of the ash that had been buried at coal-fired plants in Catawba and Person counties.

“This agreement significantly reduced the cost to close our coal ash basins in the Carolinas for our customers, while delivering the same environmental benefits as full excavation,” said Stephen De May, Duke Energy’s North Carolina president.

The utility now expects to spend a total of more than $8 billion cleaning up roughly 124 million tons that had been kept at one time in storage ponds near current and former coal-fired plants in North Carolina, company officials said.

Of that amount, Duke Energy said Thursday that it already had spent about $2.4 billion in preliminary work and actual closure efforts at Dan River and other North Carolina sites.

In addition to Belews Creek, other active coal-fired plants with ash basins covered by the settlement include the Allen Steam Station in Gaston County; the Mayo and Roxboro plants in Person County; the Rogers Energy Complex in Rutherford and Cleveland counties; and the Marshall Steam Station in Catawba County.

The 33-page agreement among Duke Energy, state regulators and seven environmental or civic groups specifically addresses each of the six plants where ash disposal had remained at issue.

At Belews Creek near Walnut Cove, the agreement acknowledges that Duke Energy estimates it will take until late 2031 to excavate and take to a lined, on-site landfill all 11.9 million tons of ash stored there in a 270-acre basin.

That’s two years past the closure deadline currently set by state Coal Ash Management Act for low-risk storage basins, but the agreement forecasts that Duke Energy would have the right to seek deadline extensions by petitioning regulators for additional time.

No such petition would be granted to push the mandatory completion date at Belews Creek past Dec. 31, 2034, according to the agreement.

“This paragraph does not constitute a variance for the CAMA deadline for completion of closure,” the agreement says, referring to the 2029 endpoint for closing low-risk ash basins by the state Coal Ash Management Act that is widely known by its CAMA acronym.

Rather, the utility could petition state DEQ for any such delay and the environmental agency could approve or disapprove as it saw fit, according to the settlement agreement.

That incident occurred after a storm water pipe failed under a storage basin that no longer exists, sending an estimated 39,000 tons of waste into the neighboring river.

At Belews Creek, the new agreement requires Duke Energy to “remove or permanently close all pipes currently running through or beneath the ash basin.”

As an alternative to on-site disposal in a lined landfill, the settlement allows Duke Energy to recycle its Belews Creek ash as an ingredient in cement or any other “industrial process at least as environmentally protective.”

The agreement also requires Duke Energy to build a wall or other such structure if needed at Belews Creek to “prevent lateral movement” of submerged ash or that which is already stored in its Pine Hall Road Landfill nearby.

The agreement would enable Duke Energy to leave in place about 100,000 tons of ash buried in that landfill, “which is capped with a geosynthetic cap and has been closed pursuant to (a state permit) and stopped receiving coal ash in 2014.”

The utility also agreed to do additional, extensive monitoring of groundwater and surface water near the Belews Creek plant to ensure neither is being contaminated by any of its activities.

Coal ash contains trace elements of various metals and other constituents that can be harmful to human health when encountered in heavy enough concentrations.

As part of the agreement, Duke Energy sent DEQ detailed closure plans Monday for Belews Creek and the other disputed plants that include “corrective action” plans for each site.

“The public will have an opportunity to comment on the closure plans at public hearings near each of the six sites in February,” DEQ said Thursday in a news release.

Under CAMA, state regulators have four months to take final action on such plans. After getting the go-ahead from DEQ for each plant, the utility would have 60 days to begin work.

At all six sites, the agreement requires Duke Energy to meet water-quality standards within 500 feet of storage areas or before it reaches the next property owner’s land, if that is closer.

With nearly 12 million tons of submerged ash, Belews Creek has the third largest amount to excavate at the six plants covered by the new agreement. Roxboro and Marshall have more at about 16.8 million tons each.

The agreement notes that Duke Energy expects that it can complete the closure process as soon as Dec. 31, 2028, at the Rogers and Mayo plants, but not until late 2035 at the Roxboro facility.

The utility turns to Superior Court in its dispute with environmental regulators.

The agency has not taken additional action against Duke Energy for recent groundwater "exceedances."

At Dan River the big ticket is coal ash cleanup, but natural gas leads the way at Belews Creek.