At Carter High School’s homecoming on Friday, there was a parade, a marching band with cheerleaders, young women dressed in glittery gowns, young men looking sharp in school colors and students milling about sporting crowns.

There wasn’t a football in sight.

Not that it mattered.

The smiles, dancing and feel-good vibe that emanated from Carter’s parking lot on Friday afternoon served as a reminder that homecoming is more about fellowship than football.

Carter is the school district’s high school for exceptional children or those with special needs. As a nontraditional school, Carter’s offerings are a little different than other schools. Students can participate in some sports through Special Olympics, but the school doesn’t have a football team.

That doesn’t mean they can’t have their own version of homecoming or create their own brand of school spirit.

This year’s homecoming was a week-long slate of activities including a talent show, a student-staff basketball game (the students won) and the chance for students to toss a pie in the face of a staff member (principal Shawnna Penn was on the receiving end of one of them).

“Our theme this year is, ‘We don’t do average. We do exceptional,’” said Camille Poe, a counselor at the school who coordinated homecoming. “And we’re changing ‘exceptional’ from being something negative to positive. We want them to feel like the majority. That they can be prom king, and they can be prom queen.”

Penn said students and staff have been having fun all week, culminating in a parade around the parking lot that included cheerleaders and the Mighty Marching Mustangs from Parkland High School. After circling the parking lot, the band and cheerleaders entertained for another 20 minutes or so.

The Parkland students were extended the invitation so that they could see for themselves what Carter is all about.

“We want people to know that great things are going on here,” said Penn, who is in her first year as principal.

One Carter student was invited to play in Parkland’s drumline.

“I’m giving back to the community in a way that warms my heart,” she said. 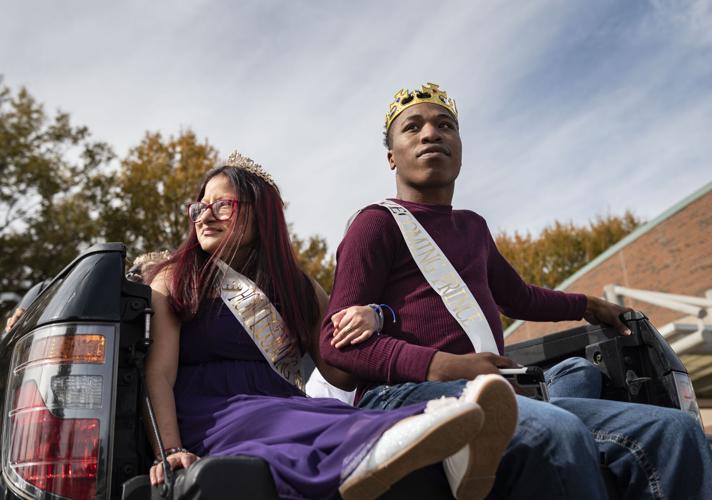 Carter High School students Adamaris Perez (left) and Jamari Lemon sit in the back of a truck to prepare for Carter’s homecoming parade on Friday. 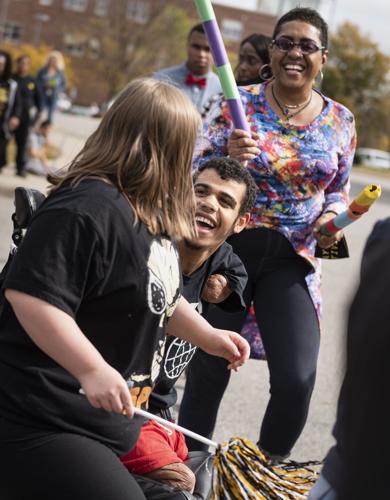 Students Haylie Kiger (from left) and Christopher Rodriguez dance with a staff member after the homecoming parade. 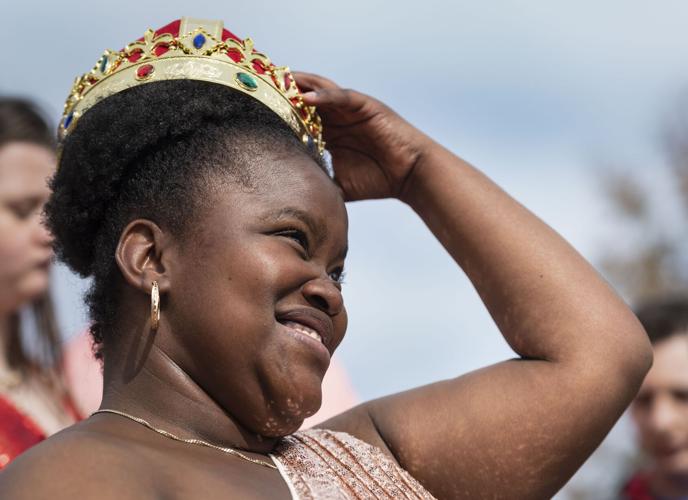 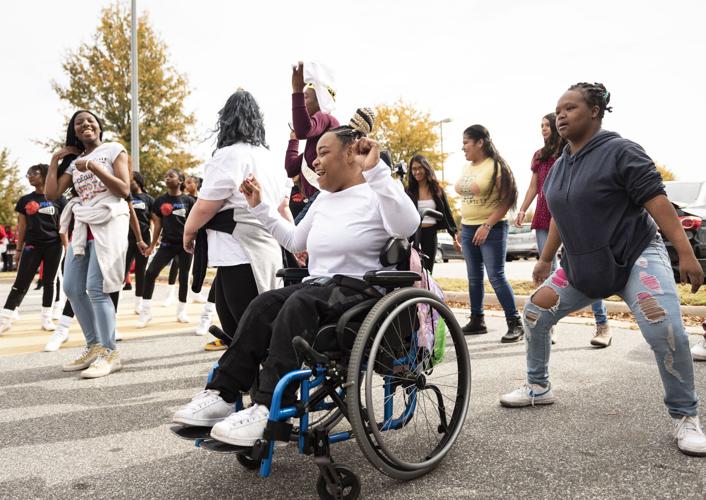 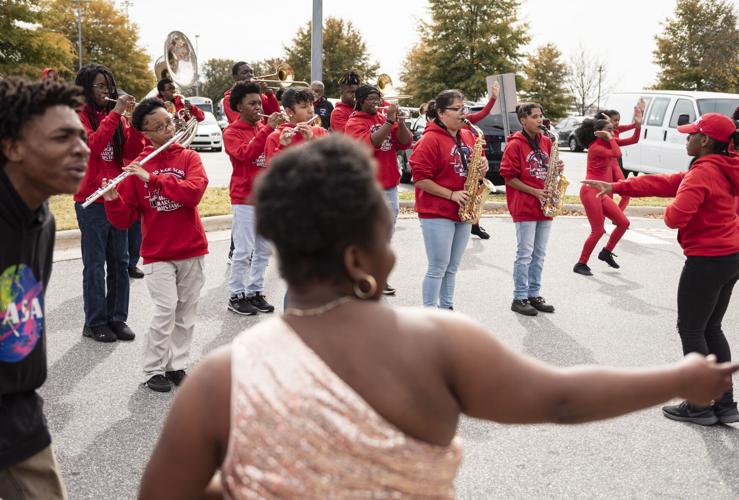 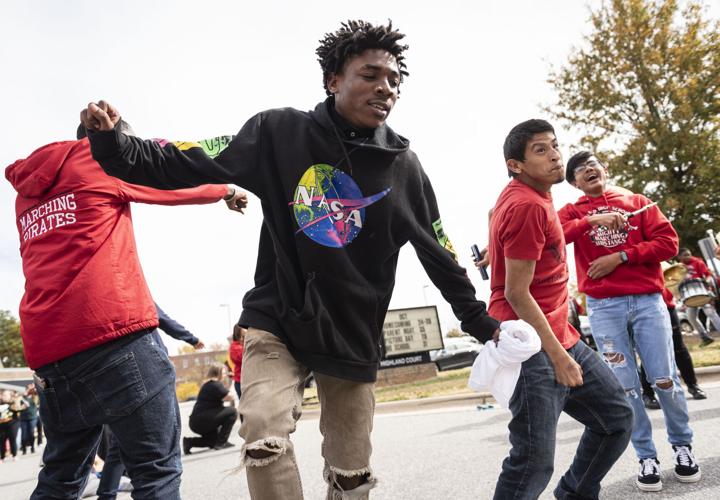