Susan Miller, the candidate chosen to replace the late Stan Elrod in this year’s school board election, has gained the recommendation of the Forsyth County Association of Educators.

Elrod died unexpectedly on Oct. 25, after early voting had begun for District 2 in the Nov. 8 general election.

Elrod’s name remains on the ballot, per state law, with any vote cast for him going to Miller as the replacement unanimously chosen by the executive committee of the county Republican Party.

“We are comfortable with recommending that our members support Mrs. Miller,” Young said. “She has some of the same views as Mr. Elrod.”

Miller does acknowledge a challenge in winning one of four District 2 seats on the school board. There are four Republicans and one Democrat on the ballot.

But given Elrod’s name recognition as a lifelong educator and principal at two Winston-Salem high schools, it’s possible he received enough votes during early voting before he died to win election, or at least to provide a major head start to Miller.

“We understand the law, but it is difficult to agree with supporting an unknown candidate benefiting from the name and reputation of Stan Elrod,” Young said.

“The unknown candidate could have the opposite values and views of Mr. Elrod. He was committed to support all students.”

Young said it is the association’s “hope that people who voted for Mr. Elrod will look at the appointed Republican candidate and make an evaluation to see if Mrs. Miller has some of the same values as Mr. Elrod.”

Although District 2 encompasses the ring outside the city that tends to lean Republican, there’s only one Republican incumbent on the ballot in Leah Crowley.

How successful Democrat Jennifer Castillo’s campaign is could determine whether there will be Democratic or Republican majority for the next board term.

The board currently is 5-4 Democrat.

Miller’s challenge since being appointed on Oct. 31 is getting the message out that a vote for Elrod is a vote for her while also assuring or reassuring voters of her campaign views.

During the May 17 Republican primary, Miller finished sixth out of 10 candidates with 6,254 votes. That was 545 votes behind incumbent Lida Calvert Hayes, who finished in fifth, and 1,229 votes behind Steve Wood, the lowest vote-getter among the four to secure nomination.

Miller said she chose to serve as Elrod’s replacement because “I knew I was an excellent candidate and that our values were aligned — being passionate about our students and their families, building relationships and advancing our students.”

Miller is dedicating her campaign time to reaching out “to constituents who don’t know me or are getting to know me through my (campaign) website, materials and even word of mouth.”

“For the people who know me, they know of my qualifications. I have gotten text messages saying, ‘you’re the perfect replacement.’

“I feel that for those who don’t know me, if they were to sit down with me, they could see I’m just as passionate as Stan was about our students.”

Winston-Salem/Forsyth County school board elections were partisan for decades.

That changed after the Democratic-controlled General Assembly voted in 2009 to make the county school board elections nonpartisan. The bill, introduced by Democrat Reps. Larry Womble and Earline Parmon, was promoted by the left-leaning advocacy group CHANGE, Communities Helping All Neighbors Gain Empowerment.

CHANGE said that the nonpartisan race would encourage new candidates to run.

In 2011, Forsyth Republican House members — Reps. Larry Brown, Dale Folwell and Bill McGee — introduced the bill that return the school board to partisan elections. The school board supported the switch by a 7-2 vote.

“The community is pretty tired of all the shenanigans that have taken place with people messing around with the local school board elections,” said Folwell, who represents the 74th District and is now state treasurer.

“It just puts everything back to where it was.”

“It’s a trend taking place in other states, and driven largely by conservative legislators who believe that partisan cues will generate a variety of advantages for them in both elections and governance,” Dahill-Brown said.

Some Forsyth voters say shifting their Elrod votes to Miller has left them feeling disenfranchised and disappointed.

Julie Magness, who said she is unaffiliated, said her vote “is being stolen.” She supports a nonpartisan school board.

“I participated in early voting before Stan Elrod died. I voted for Stan Elrod the candidate, not the Republican,” Magness said, citing his experience as a principal and his stated views on school board issues.

“There were issues where I disagreed with Stan, but I always thought he was a straight shooter and you knew where he stood on the issues.”

Magness said that since Miller replaced Elrod, she has reviewed Miller’s campaign views. “I don’t feel she is comparable at all to Stan Elrod.”

“I understand that Elrod’s name cannot be removed from the ballet,’ Magness said.

“I am outraged that my vote, made before he died, will automatically become a party vote rather than a candidate vote. This process just smacks of forcing partisanship on me, and I would say that about either party.”

“To me, the correct solution would be for my vote to not be counted.”

Jayne Russell, who has switched from Republican to unaffiliated, said she and her husband voted for Elrod the day before he passed away.

“We wondered how our vote for him would be handled (since) we voted for Stan Elrod, the man, not Stan Elrod, a Republican,” Russell said.

“Mr. Elrod was principal at Reynolds High School when both of my sons attended. He was a very kind and caring person, very engaging and inspiring to his students.

Susan Miller may be a qualified candidate, Russell said. “But assuming that any other candidate can simply take Mr. Elrod’s place and inherit his votes (cast before his death) is just wrong,” Russell said. “I would prefer my vote for Mr. Elrod be left uncounted.”

Russell said she also has reviewed Miller’s campaign views since she replaced Elrod, which fortified her perspective that Miller should not have gotten her vote “because they are two different people.”

North Carolina law does not allow a voter to retract a ballot for any reason once the ballot has been submitted.

Dahill-Brown said having a political candidate passing away after the election has begun “is pretty rare.”

“I’m not aware of research that directly evaluates how that affects voter turnout or voter choice, especially when the candidate’s name remains on the ballot as North Carolina law prescribes in this case,” Dahill-Brown said.

Much of the limited research has focused on what would happen if a presidential candidate were to die or withdraw during the general election campaign, or if elected, before the Electoral College meets or inauguration day.

The ACE Electoral Knowledge Network recommends that “it is good practice that whatever administrative or legal actions are taken following the death or withdrawal of a candidate are formally communicated by the election administration to all other candidates, groups or parties whose candidature has been accepted for the affected election.”

Dahill-Brown said that “when there are partisan cues on a ballot, voters will typically make use of them, especially given how extremely polarized the country has become.”

“I’d expect the vote share for Stan Elrod to roughly track that of other Republican school board candidates.”

Dahill-Brown said that since there’s only one District 2 incumbent, “it is possible Elrod may still lose votes from folks who hear that he has passed and are unaware that his party has selected a replacement, or confused about what it might mean to vote for a deceased person.”

“However, I also suspect plenty of voters will not hear the news of his passing in time for it to affect their choice.

“This is certainly true for many early voters.” 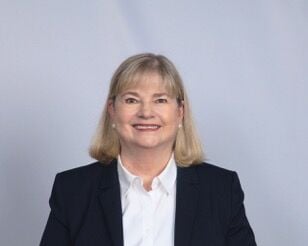 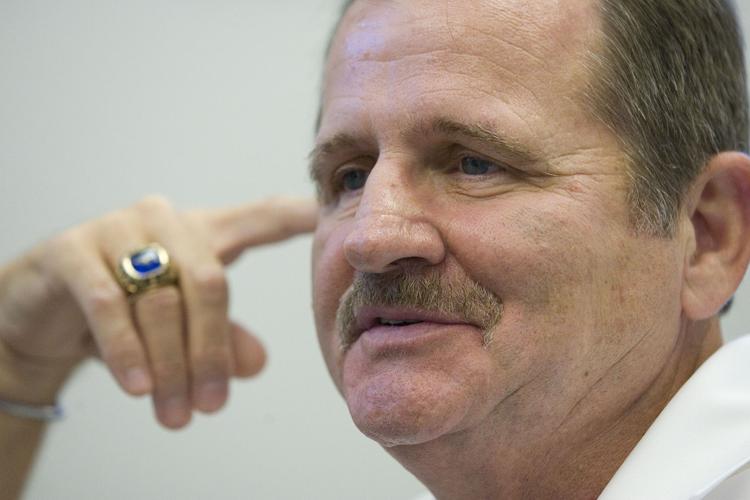