When a student fatally shot another student at Mount Tabor High School on Sept. 1, fear rippled among the students at Jefferson Middle School, about two miles away.

“I was scared,” said eighth-grader May Gao, who has friends who go to Mount Tabor. “That struck home with me.”

May and a team of students at the middle school have channeled their fear from that day into a backpack design that they think could help stem the tide of school violence. The design was named a winner at the state level in the Samsung Solve for Tomorrow Challenge and will now move on to the national level.

The five-person challenge team at the middle school will learn if they won in April.

On Friday, members of the team showed the prototype backpack to Superintendent Tricia McManus, Forsyth County Sheriff Bobby Kimbrough and Mayor Allen Joines, naming their project a “Call to Action.”

The team — Zella Ann Cook, May Gao, Megan May, Shawn Chambers and Djibril Fall with guidance from teacher Mark Schnably — have designed a backpack with a wand-style metal detector that is attached to the back of the pack. Individual cloth pockets — one for each class — attach to the other side of the backpack with a carabiner. The material in the pockets is thin enough to reveal the bulk of a weapon.

As it is now, Zella Ann said, it’s easy for a student to hide a gun in a backpack made of durable nylon or canvas.

There are still details to be worked out, including the name. Right now, it’s called the “Sort-A-Pack” but the students liked the idea of calling it a “Safe Pack,” as suggested by someone in attendance at the demonstration. There were also questions about the cost, how to replace missing metal detectors and how parents can play a role by scanning their child’s backpack with the metal detector before school.

The prototype intrigued Kimbrough. He asked the team to come to his office sometime and demonstrate it to his staff.

“The shooting has left such a mark on our community and you have the next generation of kids trying to figure out how to solve that,” said Kimbrough, whose deputies work as school resource officers at most of the schools in the district. “That’s very impressive to me. The ingenuity, the thought, the detail, that alone touched me.”

The school district considered having some schools require clear backpacks, however that was scrapped over privacy concerns. While some people in the community have called for the district to install metal detectors, that idea has never gained traction among district leaders or the school board.

Seven guns have been confiscated from students in Winston-Salem/Forsyth County Schools so far this school year.

According to the national publication Education Week, there were 34 school shootings in 2021, 24 of which occurred after Aug. 1.

McManus said she was impressed with what the students come up with and encouraged them to get feedback from other students.

“It could lead to something that helps not only our district but districts across the country that are dealing with weapons on campus,” she said.

Schnably, who has taught science at the middle school since it opened in 1999, said he told the team of students that when he was young, the biggest killer of his peers was car wrecks.

“It’s hard to believe that they have to worry about this,” he said. 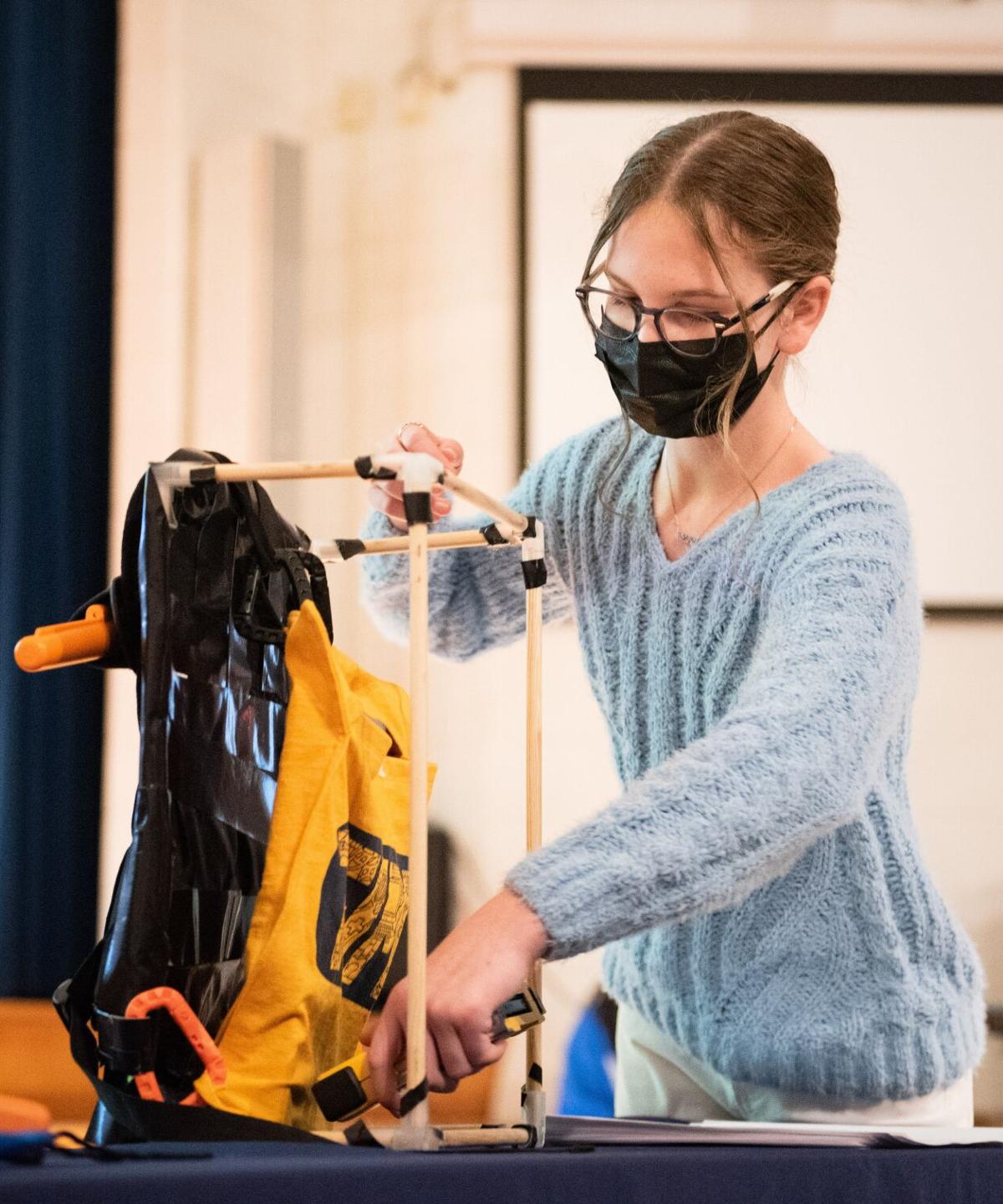 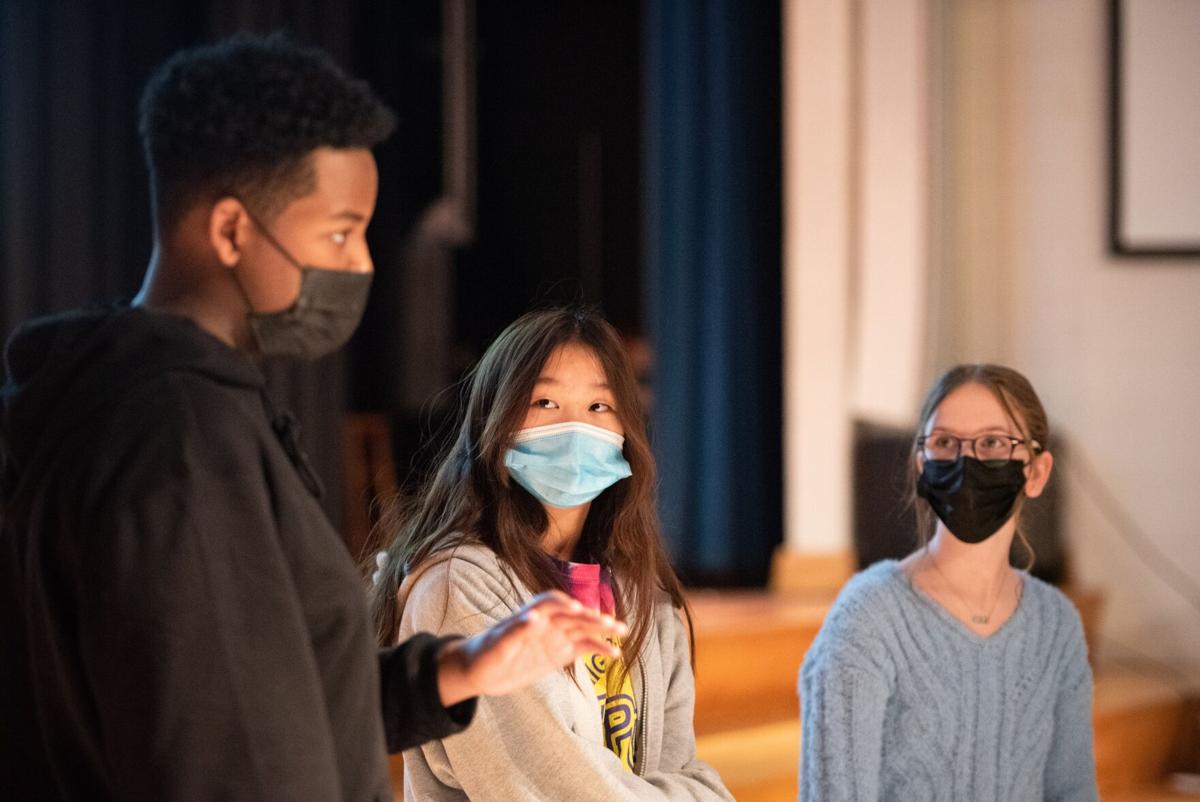 Jefferson Middle School student and members of the Samsung Solve for Tomorrow club, Megan May (middle) and Zella Ann Cook (right) listen to Shawn Chambers (left) as he speaks during their presentation of a safer backpack in schools, Friday.