Subscribe
Read Today's E-Edition
Share This
From Dancing Boots to hiking boots: Years after graduating, Reynolds alumnae find fellowship on trails around the world
0 Comments
Share this
1 of 2 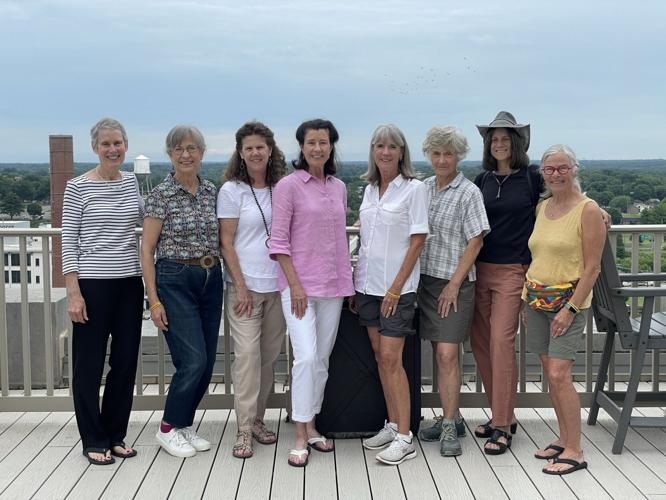 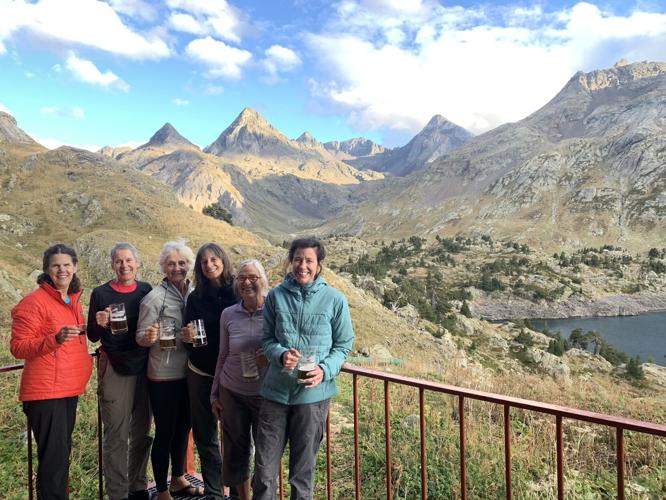 When the Reynolds High School class of 1970 gets together this weekend for its twice-delayed 50th reunion, there is sure to be lots of talk about the old days — the big football wins, the dances, the thrill of cruising down Stratford Road with Three Dog Night blasting from the car radio.

Cathy Blevins Howe, Sally Thomas Huntley, Stephanie Wilson Havenstein and a few of their friends are sure to join in the reminiscing, but they also plan to spend part of the reunion deep in discussion about their next big hiking adventure.

All friends or at least friendly with one another while students at Reynolds, the women have, only relatively recently, become a tight-knit circle of hiking buddies. The group also includes Christie Taylor, Sally Marr, Deborah Pratt Tacon, Margaret Yearns Lucas and Pogo Davis.

At an age when lots of folks are dialing back on adventurous pursuits, the women have trekked up mountains in Alaska, Italy and France, with more trips on the horizon.

“Traveling with women, I never laugh more,” Havenstein said. “I don’t know why. It’s just hilarious stuff. Women you went to high school with, you look at something, and you’re in hysterics.”

Havenstein and Huntley met in fourth grade at Whitaker Elementary School in the 1960s and became close friends.

While at Reynolds, they were both part of the school’s famed Dancing Boots team.

“I went on to become a cheerleader, and Stephanie continued with Dancing Boots,” Huntley said.

The two took divergent paths after graduating in 1970. Havenstein went to the University of Maryland and worked in human resources in Washington, D.C. She stayed at home for several years to raise her children then went back to work for a school in the Bethesda, Md., area where she lives.

Huntley started at Peace College then transferred to the University of South Carolina. In 1978, she and her husband moved to Alaska, with the idea that they’d stay for a few years. Huntley fell in love with the state, its abundant beauty turning her into an avid hiker.

“I live in the biggest National Park in the nation, so getting out in it, that’s what you did,” said Huntley, a longtime owner of a travel agency.

Working in the travel business, she gained expertise in trip-planning. Eventually, word of her small and all-female hiking adventures trickled back to some of her old Reynolds’ chums, including Howe, the only one of the eight still living in Winston-Salem.

“I was close with some of the of the women and peripheral friends with others, but our groups have bumped up over the years,” said Howe, who worked as a revenue management analyst in the aviation industry.

With several or all of the eight women, Howe has been to the Pyrenees, Big Bend National Park in Texas and Alaska, each trip requiring a level of fitness that Howe said is worth the aches and pains.

“I love these women. They inspire me to get out,” Howe said. “If I want to play with them, I have to do what they’re doing.”

A regular walker, Havenstein steps up her game in preparation for the trips, cranking the treadmill to the highest incline so that she can get up and down mountains.

“This is a spiritual awakening, what my body can do,” she said.

The trail is a competition-free zone. The women are supportive, recognizing that each has different levels of endurance. That supportive atmosphere, punctuated by plenty of laughs, has made the outings memorable, if not life-changing for some.

“To me personally, they’re kind of a life-saver,” Howe said. “You’re looking ahead and not just behind.”

Though their time at Reynolds is the common thread, the women rarely gab about their teen years while on the trail, Havenstein said.

“We’ve kind of already talked about that,” she said. “When we’re on these trips, it’s more about living in the moment, and there’s also 50 years of living to catch up on, kids, grandchildren, spouses. I’m sure this weekend, being that it’s a reunion twice-delayed, there will be a lot of talk about the old days.”

The reunion, by the way, has been rechristened “The Class of 70 Turns 70,” since this year marks the 52nd year since graduation.

Once the official reunion festivities end on Sunday, the women will spend several days hiking around the Blowing Rock area with Howe serving as the guide.

Huntley, the usual ringleader for the trips, said with a laugh she has never hiked the North Carolina mountains, which will be much gentler than the rugged terrain she is used to in Alaska.

“That will be a welcome relief,” said Huntley, who arrived Wednesday and has spent the last few days traipsing around the city with Havenstein and wondering what happened to Thalhimers Department Store and other shops from the 1960s.

Should her old classmates ask for advice on how they can hit the trail, Huntley is ready with an answer.

“You’ve got to have something to live for, to get your ass in shape for,” she said. “I’m pretty goal-oriented like that.”

Superintendent Tricia McManus will make $250,000 a year, a $35,000 raise, making her the highest paid superintendent in the district's history.

"History of Hip Hop" at Wake Forest University will be the first seminar taught by 9th Wonder, who is set to join the African American Studies program. Poet Brenda Marie Osbey will also be teaching at Wake.

Teachers say learning loss, staffing and trust in Central Office are among the biggest issues they face

The biennial Teacher Working Conditions Survey, administered by the N.C. Department of Public Instruction, highlights the way the pandemic impacted education. In addition, 7.5% of local teachers say they are leaving the profession.

Katie McGregor will replace Debbie McIntyre, who is retiring. McGregor is a former Assistant Principal of the Year.