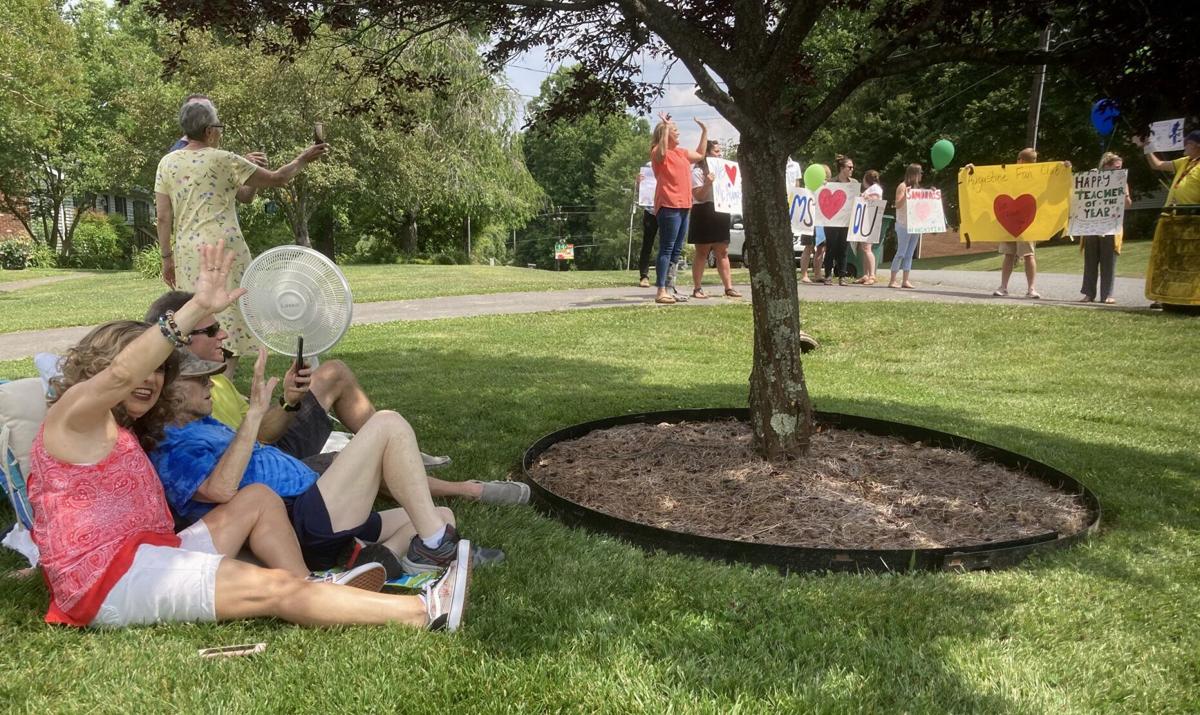 John Augustine (in blue shirt), a sixth-grade science teacher at Jefferson Middle School, waves to fellow teachers who paraded by his house to wish him well on Monday. 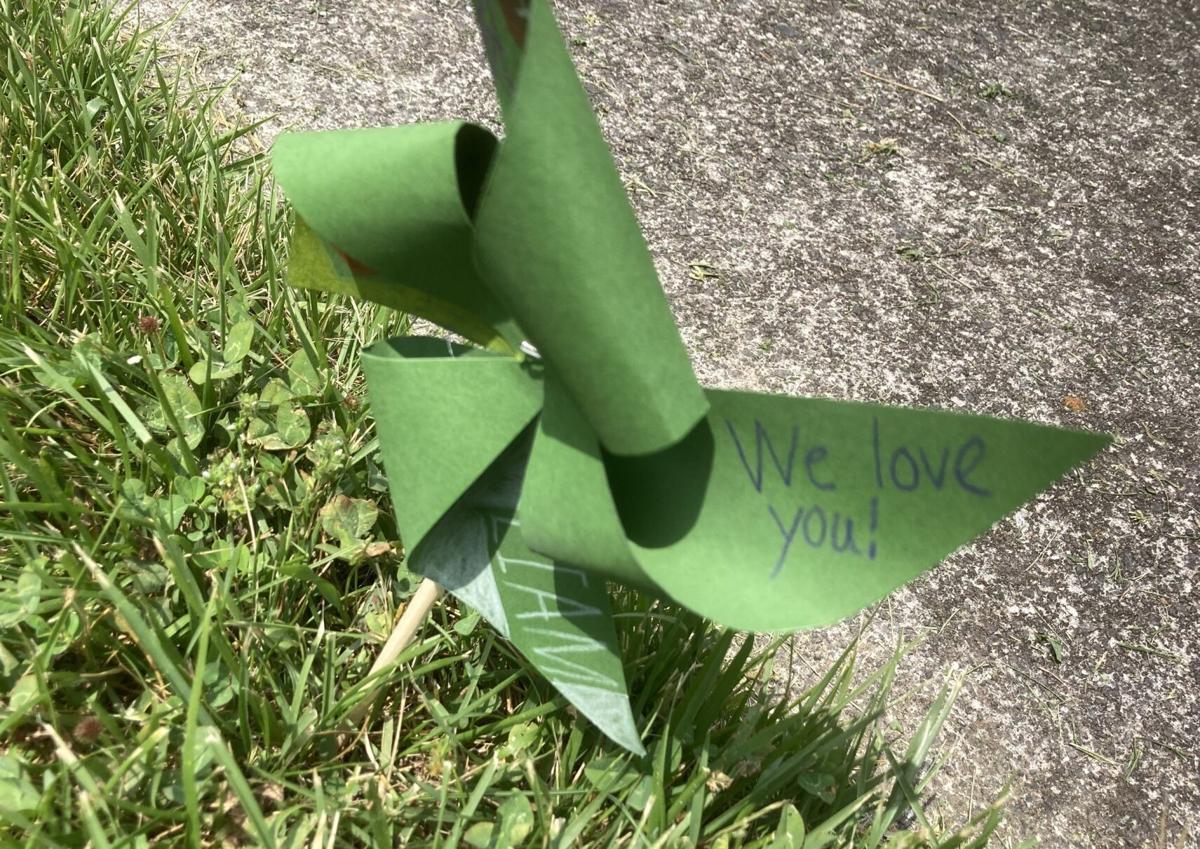 On Monday, John Augustine was not feeling well, the effects of an aggressive cancer that had ravaged the body of this once-fit man.

Still, with the help of his family, he shuffled to the front yard of his Lewisville home and eased into a lawn chair under the shade of a plum tree.

Despite the brutal heat, he needed to be there, to see his colleagues at Jefferson Middle School, who left shortly after the final bell to parade in front of his house with balloons and best wishes.

Some staff members wiped away tears as Augustine, in a near-whisper, told them: "I love you."

Turns out, Augustine was also telling them goodbye.

Augustine had been on medical leave since March after learning he had cancer.

Months earlier, Augustine's colleagues had voted him their school's Teacher of the Year.

At the parade on Monday, people who knew Augustine described a dedicated and innovative teacher.

"When students know you care, they care for you,” O’Neal said. “That’s who John Augustine is.”

On Tuesday, O’Neal called Augustine a gentle man with a calm demeanor.

Tricia McManus, the superintendent of Winston-Salem/Forsyth County Schools, said she is thankful for teachers such as Augustine.

“By all accounts, he was an incredible teacher who loved nothing more than seeing his students grow and learn. I know our district, especially Jefferson Middle School, will miss his compassion and love for teaching and learning,” she said.

Paul Augustine said his brother, a science teacher, used such things as marshmallow guns and trebuchets, a type of catapult most associated with medieval warfare, to teach kids.

He also built a greenhouse outside his pod at the school. O’Neal said that will be his legacy.

Augustine asked O'Neal about the greenhouse when the two men visited last week.

He asked who would take care of it, and O'Neal assured him that his gift to the school would be well-cared for.

"I did the best I could at Jefferson," Augustine told the 20 or so Jefferson staff members on Monday. "I'm glad I worked there."

An Alexander County couple wanted in connection with the January shooting death of a furniture plant employee were arrested in Arizona on Tuesday, U.S. Marshal Deputy Commander Brian Alfano said.

John Augustine (in blue shirt), a sixth-grade science teacher at Jefferson Middle School, waves to fellow teachers who paraded by his house to wish him well on Monday.