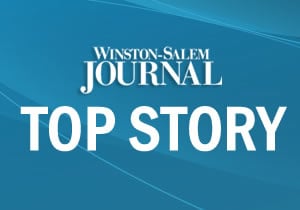 A Forsyth County emergency dispatcher has been suspended with pay over comments he made that were picked up in a 911 recording connected to Maya Angelou’s death.

Angelou, 86, famed poet, actress and activist, died early Wednesday morning at her home in Winston-Salem after a long illness.

What do you think of the county’s handling of the comments made by John Ruckh during the 911 call?

In the county’s recording of the 911 call made by Angelou’s caretaker, an emergency dispatcher can be heard in the background discussing an interview Oprah Winfrey did last fall with the BBC that generated some controversy.

Winfrey and Angelou were close friends.

“These comments are unacceptable and we have opened an internal investigation to look into the circumstances surrounding this event,” Forsyth County EMS Director Dan Ozimek said in a statement.

Ozimek said the telecommunicator, John Ruckh, has been suspended with pay pending the investigation. Ruckh has worked for Forsyth County EMS for 24 years.

Ozimek said he discovered Ruckh’s conversation when reviewing the tape on Wednesday. Ruckh was not the primary dispatcher on the call but was in the same room.

The conversation is a bit garbled on the 911 recording and takes up less than a minute of the 7-minute call, but Ruckh appears to be saying that “Oprah has fallen out of grace” with a lot of people and asks someone if they have heard her recent rant. He says she is upset because people are not supportive of President Barack Obama and, apparently paraphrasing one of her statements, says that racism is alive because so many white people have been raised in the era of hating black people.

Ruckh explained Thursday that he was just having a conversation with another co-worker about an interview he had seen.

“Unfortunately, I work in a high-profile job and everything’s recorded,” Ruckh said.

Ruckh said he regrets the timing of the conversation. He described Angelou as a “wonderful human being” for whom he had “the utmost respect.”

“This is in no way a racial slur, slander, associated conversation,” said Ruckh, who is white.

In a video interview posted Nov. 13 on www.bbc.com, Winfrey speaks with the BBC’s Will Gompertz about her role in “The Butler” and the racial themes addressed in the film.

When speaking about racism, Winfrey says during the interview, “There are still generations of people, older people, who were born and bred and marinated in it, in that prejudice and racism, and they just have to die.”

The interviewer also asked her about Obama and if it has crossed her mind that some of the treatment he has faced is because he is black.

“I think that there’s a level of disrespect for the office that occurs, and that occurs in some cases and maybe even many cases because he’s African American,” Winfrey said.

Despite his suspension, Ruckh said Thursday that he has nothing but the utmost respect for the county.

“In Emergency Services, we deal with a lot of pain and suffering and we make decisions in split seconds to know how to do, what to do and who to send. … However, sometimes we become calloused and insensitive. I really hate that this happened at the time that it did, because this is taking away from Maya Angelou’s passing,” Ruckh said.

“It is our hope that these comments will not overshadow the celebration of Maya Angelou’s positive impact that she has had to this community and around the world,” Ozimek said. “We offer our deepest sympathy to Maya Angelou’s family and friends.”

In the 911 recording, one of Angelou’s caretakers says she thinks that Angelou has died and that Angelou had said she did not want to be resuscitated.

Brooks can be heard asking the caretaker if she has a yellow form with a stop sign on it that indicates that Angelou did not want to be resuscitated in case of a medical emergency. The caretaker responds by saying that someone else has all of Angelou’s paper work and that that person is on the way. Brooks tells the caretaker that since the form is not there he will give instructions on how to provide treatment.

Ozimek said that the form referred to in the conversation is obtained by a patient and their doctor from the state office of emergency medical services. The yellow form has a stop sign on it and bears the words “DO NOT RESUSCITATE ORDER” prominently in red. The order states that in the event the patient’s heart stops beating or the patient stops breathing, no resuscitation should be attempted. The order doesn’t affect any other care than the patient’s condition indicates, including care to provide comfort.

“That form is valid and the patient needs to have that with them in cases where they do not want to be resuscitated,” Ozimek said.

Audio recording of the 911 call from Maya Angelou's home on Thursday, May 28. Angelou died in her home at age 86.