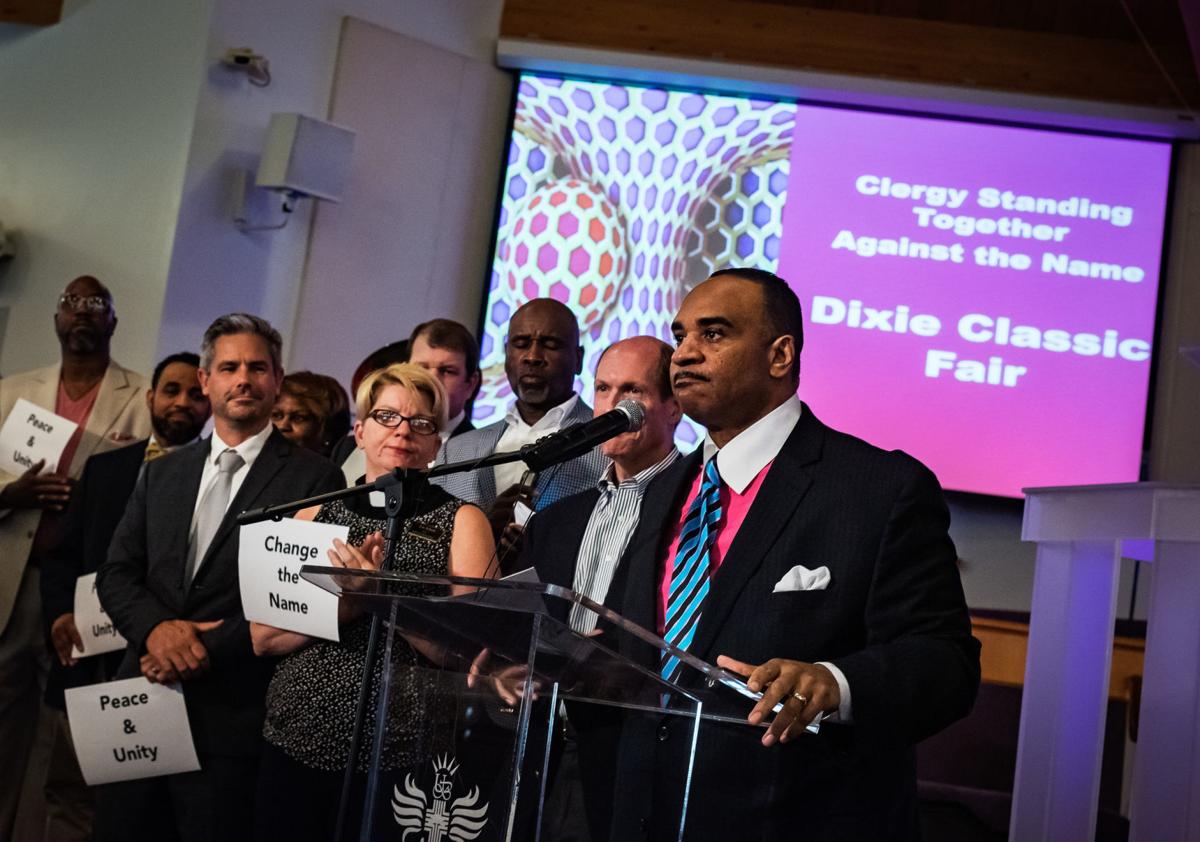 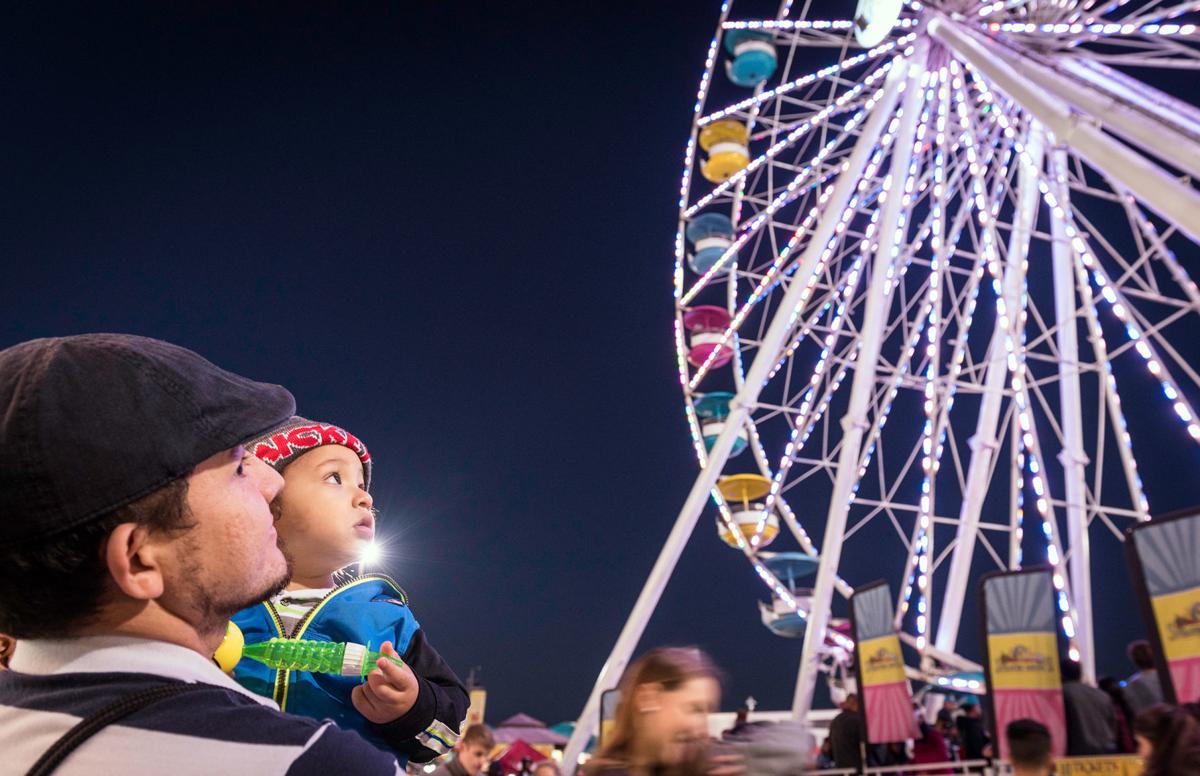 Raul Ayala (left) and Steven Ayala wait while family members ride the Ferris wheel in 2016 at the Dixie Classic Fair. City Council is expected to vote tonight on changing the name of the fair.

City officials say they’ll be ready if a larger-than-usual audience turns out for a vote tonight on changing the name of the Dixie Classic Fair.

The Winston-Salem City Council is expected to vote Monday night on whether to change the name, although if it does vote for a change, no new name will be selected on Monday.

City Manager Lee Garrity said a few extra police officers will be on hand Monday to ensure order, and that it is possible extra seating could be provided in a conference room if the turnout seems to warrant.

The fair name has been a hot-button issue ever since an April committee meeting when a group of residents called the name Dixie a reminder of slavery and segregation, and asked the city to change the name.

After months of controversy and a survey showing most favor keeping the current name, the city’s general government committee decided last week to put the name-change issue before the council for an up-or-down vote.

City staffers had recommended bringing in a consultant to determine what a new fair name might be, but council members decided they should do the job themselves.

Bishop Sir Walter Mack Jr., the pastor of Union Baptist Church here, and one of those asking for a new name in that April meeting, called in a Facebook post for supporters of a change to show up Monday.

While there’s been no organized opposition to the name change, plenty of people on the Journal’s Facebook page have objected to changing the name.

Garrity noted that the name-change issue is one of the last ones on the agenda before a public comment period, but that there are no plans to take public comments on the name before the council votes — unless the mayor and council decide otherwise, Garrity said.

The city heard plenty of comment during a public forum in May, when more than 300 people turned out and about 60 of them spoke.

The fair was called the Fair of Winston-Salem when the name was changed to the Dixie Classic Fair in 1956.

If the council votes to change the name of the fair, it will have to eventually decide when the change would take effect. Originally, the thought was to change the name in 2020, since it was considered too close to the 2019 fair to arrange marketing and advertising.

When the idea of a consultant was brought up, the thinking was that the new name would go into effect in 2021.

Raul Ayala (left) and Steven Ayala wait while family members ride the Ferris wheel in 2016 at the Dixie Classic Fair. City Council is expected to vote tonight on changing the name of the fair.