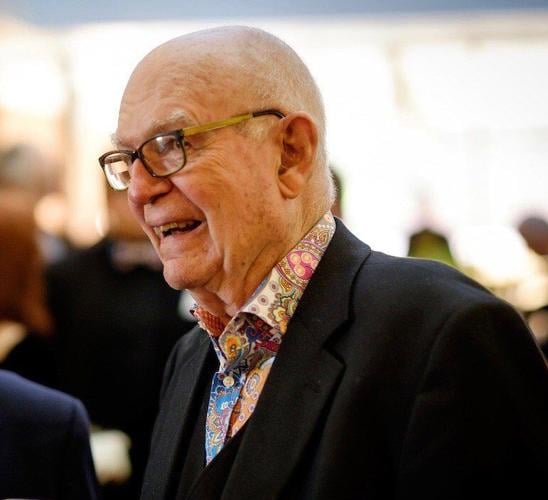 Wake Forest Professor Emeritus Harold C. Tedford attends a reception in the Scales Fine Arts Center in 2016 to rename the Main Stage Theatre in his honor. 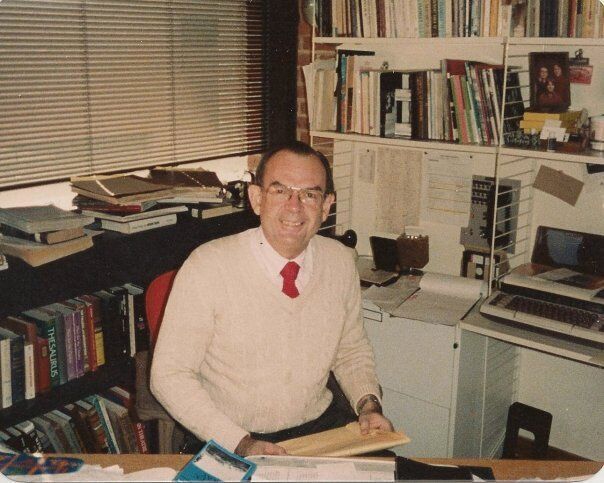 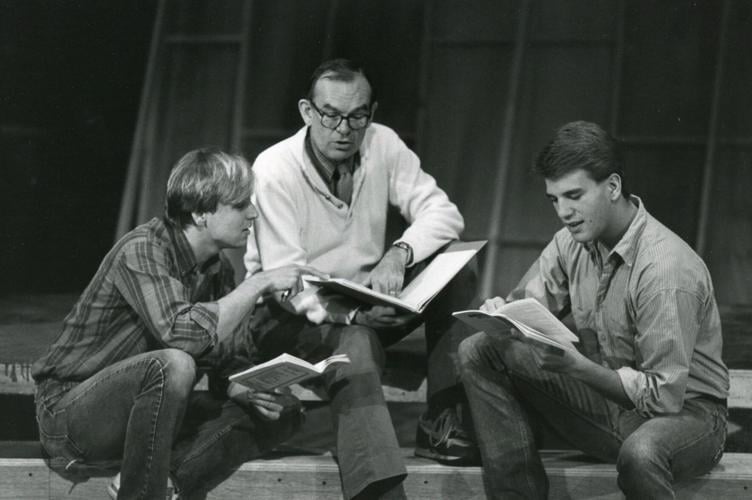 Wake Forest Professor Emeritus of Theatre Harold Tedford directs students. “Once he was your friend, he was part of your life,” said John Cavanaugh, who studied under Tedford in the early 1980s.

Professor Harold Tedford taught theater at Wake Forest University for more than 30 years and directed over 40 plays. He took hundreds of students to New York and London to immerse them in theater.

He also made his students his family, Wake Forest alumni said this past week as they reflected on the passing of a man who played such a big role in their lives. Tedford died on Oct. 20 at the age of 88.

“It is a testimony to his kindness and character that he retained so many people who crossed his path,” said John Cavanaugh, who studied under Tedford in the early 1980s and remained a lifelong friend. “He is the kind of person you wanted to keep tabs on. Even when I visited him when he had a lot of health issues, I would say that it was hands down the highlight of my month.”

Tedford joined the faculty at Wake Forest in 1965 and retired in 1998. He helped design the building now known as the Scales Fine Arts Center on campus, which opened in 1976. In 2016, the main stage at the center was named in his honor.

While he did plays of all sorts, those who knew him said he liked comedies the best.

“He lived and breathed the theater in a way that was contagious,” Cavanaugh said. “He had so many stories of shows, of things he had directed, actors he had seen, techniques he was interested in. If you were someone who was going into the theater for your livelihood, he was very well connected and knew a lot of people and would do anything for you.”

Cavanaugh went into marketing, not theater, but said the lessons he learned from Tedford were invaluable: Having poise in front of a group and speaking with confidence in a way that people can understand can help in any line of work.

“He was as much interested in peoples’ character as much as he was in their talents,” he said. “Once he was your friend, he was part of your life. He was there if you needed him.”

Tedford’s father was a preacher and his mother a teacher. He was born in a small town in Arkansas, and met his wife Josie doing theater at Ouachita Baptist College in Arkadelphia, Ark. After a stint in the Army, he got his master’s and doctorate degrees, then got his first theater teaching job at what is now Texas State University in San Marcos, Texas.

The Tedfords’ first two daughters, Vivian and Beth, were born while the couple were in San Marcos. Their youngest daughter Rosalind was born after the Tedfords moved to Winston-Salem in 1965.

Tess Malis Kincaid, an actor who works in theater, film and television, studied under Tedford while she was at Wake Forest from 1982 to 1986. She’ll never forget her first trip to New York City with classmates under Tedford’s wing.

“We would stay at the Hotel Edison, about 10 of us were there, and he would make sure we were all safe,” she recalled. “It was about seeing as much theater as we could and walking the city and having so much fun.”

Kincaid became and remains best friends with one of Tedford’s daughters. When she would come back to campus after graduation, she said, “we would always end up over at Dr. T’s house.”

“They were like a family,” she said. “They opened their homes to the students. There would always be parties there. He loved teaching and shared theater and friendship with us. He just took everyone under his wing and supported us so much.”

Tedford interviewed Mary Wayne-Thomas in 1980 when she was trying to get her first full-time academic job.

“He and his wife were so friendly, and it seemed like a great place to come and work,” she said. Wayne-Thomas is still at Wake Forest teaching set and costume design.

“He would tell these long, convoluted stories about various people from Arkansas,” Wayne-Thomas said. “He was an amazing storyteller. He always knew where he was going and where it would end. He had jokes and eye-rolling puns. He would start seriously, and you knew it would end up on some crazy pun.”

“We all miss him so much,” she said. “When we heard the news, we walked around with our shoulders slumped. He was such a force. The reason the program was so strong has almost totally to do with Harold’s decision and persistence to make things happen. He was kind, generous, enthusiastic, energetic and delightful.”

To Michael Huie, who got his undergraduate and graduate degrees in theater at Wake Forest, Tedford was a man who “knew virtually everything about the theater” — whether it was knowledge about a vast number of plays or the ability to hobnob in the theater lobby.

“He was approachable, caring and funny,” Huie said. “Everyone who knows Harold can do an impersonation.”

Claire McNaught was a political science major in the mid-1960s at Wake Forest and had Tedford for a class in theater. She ended up playing the role of one of the three witches in “MacBeth” for an audio tape that Tedford produced and was sent to the public schools for Halloween.

What struck her was how Tedford recognized her almost 10 years later as she was visiting the campus.

“I was talking with some friends,” she said. “He walked by and without batting an eyelash said, ‘Hi Claire.’ He was a lovely, lovely man.”

Vivian Tedford, the oldest daughter, said that growing up, she and her sisters could go to the drama department and “make costumes and paint sets.”

“We felt like we were so lucky to grow up like that,” she said. “We lived right on campus for a lot of that growing up. It was always fun and adventurous. His love of travel took us all over the world. He took students at different times and different places and we would tag along.”

Vivian Tedford said her dad was in declining health in recent years. He suffered a stroke in 2018, then another on the Labor Day weekend this year. Even in retirement, she said, her father was the kind of man who “never met a stranger.”

As a memorial, she said, a big party will be held sometime in the spring, because that’s what her father would have wanted.

“We felt like we could not have asked for a better dad,” she said. “With my parents, I knew that I had won the parent lottery because almost all my friends have at one point asked to be adopted.”

'She wanted to make the community a better place.' Joycelyn Johnson, who represented Winston-Salem’s East Ward for 16 years, dies at 73

Joycelyn Johnson, who represented Winston-Salem’s East Ward for 16 years, first on the board of aldermen and then the city council, died Tuesd…

More than 1,000 abortion rights supporters protested Saturday throughout downtown Winston-Salem, loudly chanting “My Body; My Choice,” and "We…

Wake Forest Professor Emeritus Harold C. Tedford attends a reception in the Scales Fine Arts Center in 2016 to rename the Main Stage Theatre in his honor.

Wake Forest Professor Emeritus of Theatre Harold Tedford directs students. “Once he was your friend, he was part of your life,” said John Cavanaugh, who studied under Tedford in the early 1980s. 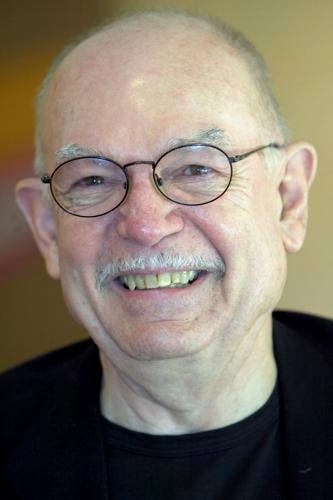