Forsyth County commissioners stopped their budget discussions on Tuesday with a possible tax increase on the table, but it may not be there when the board resumes talks about the 2022-23 budget on Wednesday.

The current tax rate is 67.78 cents for every $100 of taxable property, but the rate would have to increase slightly to a flat 68 cents to pay for things on the commissioners’ wish list as it stood Tuesday afternoon, when the board adjourned for the day.

County Manager Dudley Watts said after the meeting that he and his staff would be working Tuesday evening to revise the last revision in hopes of getting rid of any possible tax increase.

Commissioner Don Martin, a Republican, said avoiding a tax increase is something both Republicans and Democrats on the board are in agreement on this year.

“This was a good year,” Martin said. “We would be crazy to have a tax increase.”

The board has a 4-3 GOP majority, although most decisions are unanimous. Commissioner Tonya McDaniel, a Democrat, said Martin’s right about the tax rate.

“That’s a unanimous vote,” she said.

But commissioners seem to have arrived at a consensus to approve some items that Watts recommended as additions to the budget, paid for mostly by appropriating some $550,000 from the reserves.

The extra spending would allow for some additional emergency medical service workers and more staff in public health, social services and some other departments. The budget would increase to $532 million without raising taxes.

Watts said that budget would be one option for the board to consider on Wednesday.

Commissioners have voiced support in budget talks for other items that would add more than $1 million to the budget. The trouble was that adding those items also seemed to set in motion a possible tax increase.

The items on that list included some additional employees, including three in the library system, some $100,000 for more in-home aide services from the Department of Social Services, and more than $225,000 to do more in public communication of the county’s services.

Then there the additional appropriations to community groups, ranging from $108,000 for the Children’s Law Center to $5,000 for HARRY Veterans. The additional amounts together add up to some $560,000.

With the additional spending, county officials estimated the budget total would rise to $533.2 million and require a tax rate of 68 cents.

While not part of the immediate budget process, county officials say they will be coming back to the board at some point during the year for other additional spending including the purchase of eight electric-powered vehicles and charging equipment at a cost of $485,000.

That purchase and other spending, including $175,000 for Wi-Fi improvements at the Tanglewood Campground and $263,000 for a fire truck, will come from funds that may include county reserves and money received from the settlement of a lawsuit against opioid producers that the county participated in.

Meanwhile, Sheriff Bobby Kimbrough pleaded for commissioners to approve unfunded requests for his department that includes $1.3 million for higher pay for detention officers, $113,000 for higher pay for telecommunicators, $54,000 for more community outreach and events, $100,000 for a signing and referral bonus to fill jail jobs, about $101,000 for public relations program improvements, and $40,000 for additional training.

Commissioners said the request for higher pay will be dealt with through a study the county is currently carrying out that looks at county pay rates across the board.

Woman charged with embezzling from HOA in Winston-Salem. She says she earned the money.

2 dead in apartment fire in Winston-Salem

Lewisville-Clemmons road plans get a look from residents

Nearly 50 people looked at maps Thursday regarding the planned improvements to Lewisville-Clemmons Road in Clemmons. They then asked questions…

Heavy, cold rain could be headed for NC this weekend, thanks to Hurricane Ian

A woman was shot and injured on Thursday night, Winston-Salem Police said.

The Winston-Salem City Council adopted new ward boundaries Sept. 19 that will go into effect next summer, turning aside challenges from people…

A school bus from the Winston-Salem/Forsyth County School System was involved in a wreck about 2:36 p.m. Thursday in the 1100 block of South M…

A lot of the time, most of the time actually, Caleb Williams —Dumptruck Jr. to friends and acquaintances — is a gregarious and outgoing guy. 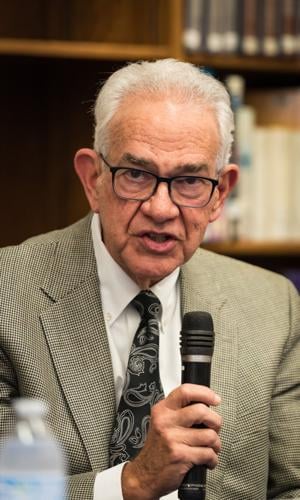 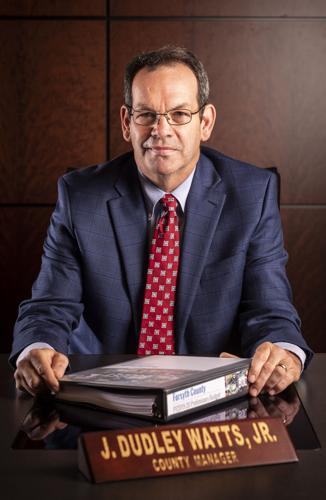