Forsyth County legislators Sen. Joyce Krawiec and Rep. Donny Lambeth were named Wednesday as chairs of a joint legislative committee formed to study whether and how North Carolina could expand its Medicaid program.

The formation of the Committee on Access to Healthcare and Medicaid Expansion represents an agreement between Republican legislative leaders and Democratic Gov. Roy Cooper.

That agreement played a role in the ability to reach a compromise on the 2021-22 state budget — the first signed into law by Cooper since the GOP super-majority ended in January 2019.

“The purpose of the committee, as identified in the 2021-22 state budget, is to consider various ways in which access to health care and health insurance can be improved for North Carolinians,” according to a statement from House speaker Tim Moore, R-Cleveland.

North Carolina is one of just 12 states that have not expanded its Medicaid program via funding available from the federal Affordable Care Act. Many states with Republican leadership have accepted Medicaid expansion, including Indiana when former vice president Mike Pence was governor.

Medicaid currently covers 2.3 million North Carolinians. The Medicaid gap affects individuals who earn too much to qualify for Medicaid coverage, but not enough to get help in the private insurance marketplace.

The nonpartisan Commonwealth Fund, based in New York, released a study in May that found North Carolina could gain at least 80,000 health-care jobs by expanding Medicaid coverage to between 450,000 and 650,000 low- to moderate-income residents.

Lambeth has been doing the heavy lifting behind state House attempts to advance a form of Medicaid expansion.

Lambeth’s House Bill 655 required a Medicaid-expansion work-requirement that gained begrudging Democratic support. After clearing the House committee process, HB655 failed to get a floor vote during the 2019 session.

“Our committee will explore and seek solutions to critical health-care issues with the goals of broadening access to quality health care for working people, lowering health insurance premiums for everyone, addressing the cost of uncompensated care especially for rural hospitals, and providing more affordable health-care options to help small businesses retain employees,” Lambeth said in a statement.

Lambeth added separately that “this is an important topic for N.C. and has been debated for several years.”

“Access can cover a number of key points. Currently, the easiest and best access point across N.C. is our emergency rooms.

“But, that has its challenges and is also one of the most costly sites and frustrating to people who seek care.”

Our committee will look at a number of aspects to access in hopes to make improvements and ultimately reduce the cost of care while taking care of more people who need appropriate care.

Meanwhile, Krawiec has emerged over the past three years as a key GOP health-care reform proponent.

“I am hopeful that we will explore all avenues,” Krawiec said. “Our plan will be to provide better access to health care and to improve the Health of our residents in North Carolina.”

Moore pledged that committee members “will thoroughly investigate the health-care needs in our state and explore all options to improve upon the state of health care in North Carolina.”

“I have every confidence that the result of this committee’s work will benefit all North Carolinians.”

Senate leader Phil Berger, R-Rockingham, and a longtime opponent to Medicaid expansion, did not provide comment when disclosing his representatives to the committee.

Berger and other GOP legislative leaders have claimed the federal government could end its 90% match on additional administrative costs for expansion.

They also oppose an annual $758 million assessment that the state’s hospitals and health-care systems have agreed to provide to help cover the state’s 10% expense share.

However, several public-health advocates, as well as Lambeth, have said the GOP warning is unfounded.

Berger’s opposition carries more weight because North Carolinians do not have the ability to initiate statewide ballot referendums.

In November, Berger indicated he was willing to consider enacting expansion as part of budget negotiations.

“In the context of getting a budget this year, particularly ... the budgets that were passed by the House and the Senate, that crafting Medicaid expansion on top of that was, in my view, a trade that was worth considering,” Berger told reporters..

Berger said he still believes expansion is a bad policy, but he’s “indicated that I thought that was something that would be appropriate for us to move forward with.”

Cooper has pushed for Medicaid expansion during his five years as governor, along with higher raises for public-school educators than Republicans offered in their state budget bill.

Although Cooper was not able to get top-priority Medicaid expansion in Senate Bill 105, he said in November that “funding for high speed internet, our universities and community colleges, clean air and drinking water, and desperately needed pay increases for teachers and state employees are all critical for our state to emerge from this pandemic stronger than ever.”

“I will continue to fight for progress where this budget falls short, but believe that, on balance, it is an important step in the right direction.”

Given the tone of compromise associated with the state budget negotiations, “one suspects that the group will consider a range of options for addressing North Carolina’s health care challenges, including — but not limited to — Medicaid expansion,” said Mitch Kokai, senior policy analyst for Libertarian think tank John Locke Foundation.

“Whether the group’s final report ends up winning support from a majority of the General Assembly likely depends on the degree to which members give serious consideration to proposals that will make a real difference.

“If the group produces nothing more than familiar partisan talking points about Medicaid expansion, then the exercise is likely to have a limited impact.”

Nearly 25,500 Forsyth County residents would gain coverage if North Carolina expands Medicaid, according to a study from Care4Carolina released in July.

For the 14-county region of the Triad and Northwest North Carolina, 123,956 were listed as being in the coverage gap, with Guilford County at the top with 35,194.

The statewide coverage gap was estimated at more than 600,000.

“Of all the policy prescriptions to help these people, closing the gap through Medicaid would, experts agree, be the most comprehensive solution,” Care4Carolina said in a statement. “It is also an eminently affordable fix.”

Winston-Salem businessman Don Flow, chief executive of Flow Automotive Cos., said in the Care4Carolina report that “closing the health coverage gap is so important, both for our economy and for the working citizens of our state.”

Flow serves on the bipartisan N.C. Council for Health Care Coverage blue-ribbon commission, along with Krawiec and Lambeth.

In September, Care4Carolina released a poll that found about 75% of North Carolinians supported Medicaid expansion.

The coalition sponsored a survey of 612 N.C. registered voters that was conducted by Harper Polling and The Stewart Group on Aug. 26-27.

COVID-19 and politics, whether local, state or national, spilled over from 2020 to saturate much of how 2021 has been defined.

The second impeachment trial of former President Donald Trump led to an intriguing split vote of North Carolina's two Republican U.S. senators on whether to convict.

The arrival of the one-year anniversary of the pandemic proved to stir an array of emotions as local residents tried to process everything that’s happened by mid-March 2020 ... and continues to date.

The socioeconomic spillover from COVID-19 persuaded two Winston-Salem nondenominational churches to chose transformation over construction for their new worship centers.

Politics seeped into how high school sports are overseen with a Republican-sponsored bill that threatened the existence of the N.C. High School Athletic Association. The spark behind House Bill 91 appears to have been a slow burn of nearly two years between a GOP senator and NCHSAA leaders.

An often overlooked factor in the worker-shortage discussion is that the pandemic has led more North Carolinians to retire early, or to finally follow through on delayed retirement plans dating back potentially to the Great Recession.

Finally, Truist Financial Corp. Kelly King retired as chief executive by reflecting on a career — and life — path that represented his Christian faith, a hard-driven work ethic, a belief in giving back and discovering and acting on a purpose forged during a spiritual awakening.

Those are major reasons why King, who could spend his retirement days anywhere, is coming back to Winston-Salem. There’s some unfinished business to accomplish here.

Mixed emotions mark arrival of one year of COVID-19 pandemic

Mindful of the need to be faithful stewards of offerings and donations, two Winston-Salem nondenominational churches chose transformation over…

The Republican-sponsored bill that threatened the existence of the N.C. High School Athletic Association seemed to come from way beyond left field.

Why are employers struggling to find workers?

An often overlooked factor in the worker-shortage discussion, one with significant socioeconomic implications, could be that the pandemic has …

When Kelly King began working for BB&T Corp. in 1972, his career aspiration was working as a branch manager near his eastern North Carolin…

She stole $500K from a Winston-Salem employer. Then she became a CEO and is accused of embezzling $15 million.

Before Donna Osowitt Steele was charged with embezzling $15 million from TIGRA USA in Hickory, she pleaded guilty to embezzling from a family business in Winston-Salem in 1995.

Staff shortage a challenge for Winston-Salem as winter storm looms

With a potential winter storm headed to the Triad for the upcoming holiday weekend, Winston-Salem officials say they’re scrambling to find drivers to operate equipment used to prepare the city’s roads for snow or ice, and clear any that accumulates. 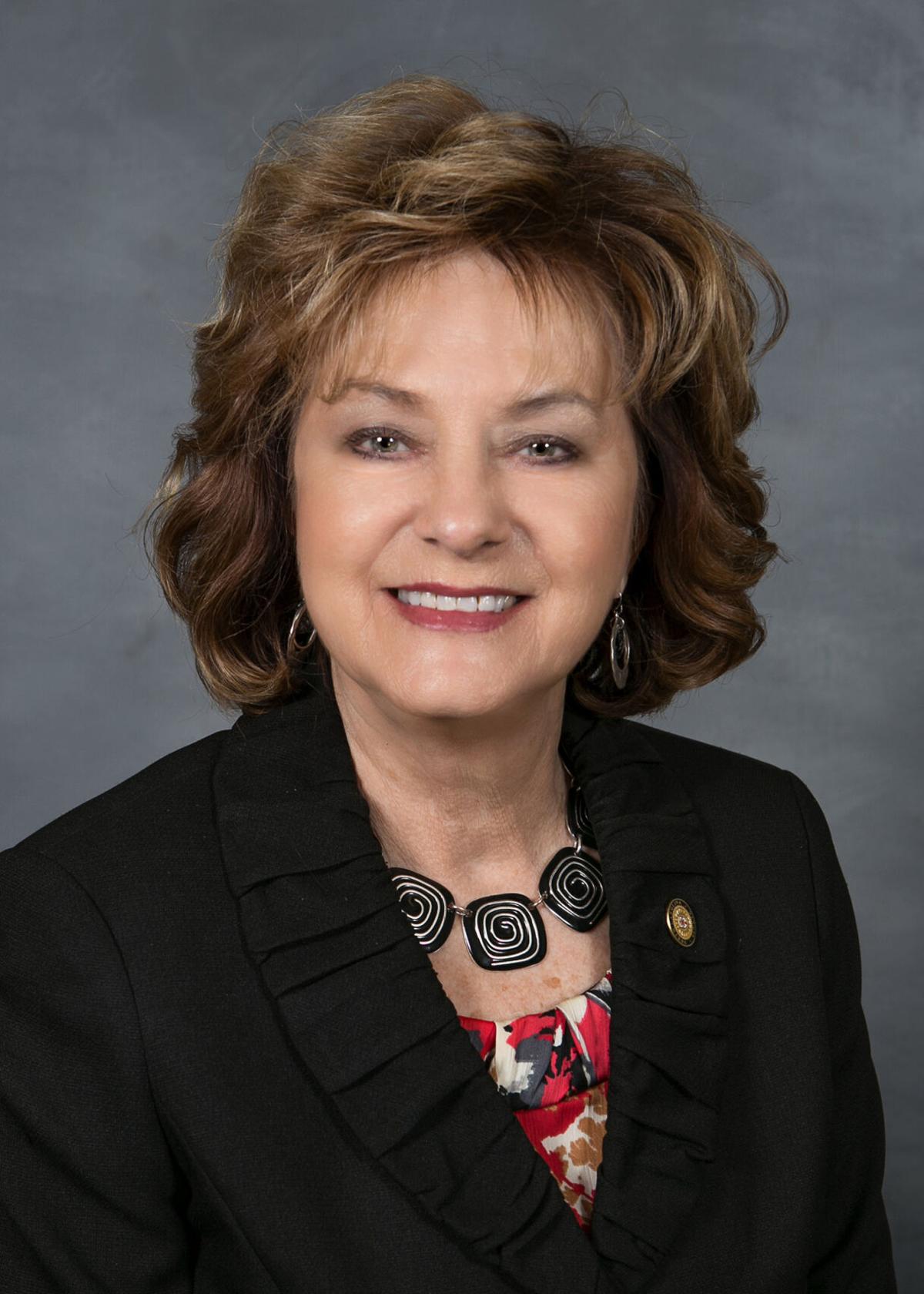 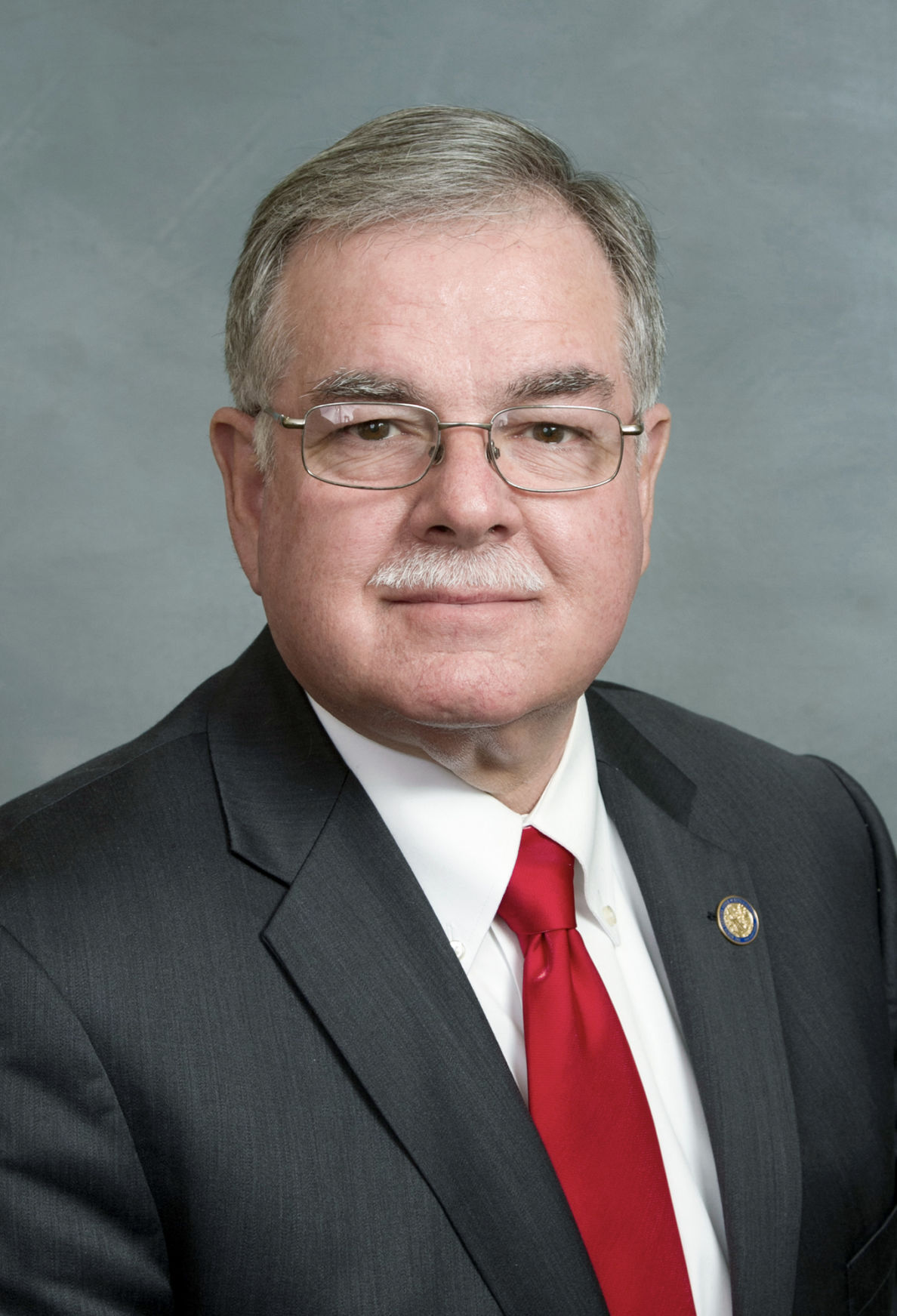