Hartsfield led the race for most of the night, as early voting and absentee-by-mail results came in. At one point in the night, she was leading by 7,600 votes over O’Neill, but as results from the precincts began rolling in, the race dramatically narrowed. By late Tuesday night, O’Neill had a slight lead that was as narrow as 816 votes but later expanded to more than 3,000 votes.

If Hartsfield had won, she would have been Forsyth County’s first Black district attorney.

O’Neill issued this statement late Tuesday night: “It was a hard fought campaign. Now it’s time to get back to doing what I do best: keeping the good folks of Forsyth County safe from violent crime.” Hartsfield, 68, said she was “disappointed but not defeated,” when reached Tuesday night.

“I think I ran a good, clean and honest campaign,” she said. “I was able to do a whole lot with a whole lot less money than my opponent,” Hartsfield said. “I’m going to pledge to work in whatever capacity to ensure we keep a hold on democracy, to ensure we end negative advertising.”

O’Neill, 56, a native of Long Island, New York, has been with the Forsyth County District Attorney’s Office since 1997, starting off as an assistant district attorney specializing in domestic violence and motor vehicle fatalities. In 2009, then-Gov. Bev Perdue appointed O’Neill as the county’s top prosecutor after his predecessor, Tom Keith, retired. He ran unopposed in 2010, 2014 and 2018. O’Neill also twice ran unsuccessfully for N.C. attorney general, first in 2016, where he lost in the Republican primary. He ran again in 2020, losing by around 13,000 votes to Democratic incumbent Josh Stein.

Hartsfield was the county’s second Black female district court judge when she was first elected in 2002. A native of Winston-Salem, Hartsfield is well-known for her community work, speaking at a number of events and working as the coordinator of Wake Forest University’s law school’s pro bono clinic.

This was the first time O’Neill faced a challenger in his 13 years as the county’s top prosecutor.

O’Neill and Hartsfield ran for district attorney at a time when there has been higher scrutiny of prosecutors nationally amid high-profile killings of Black people by police officers. Prosecutors make the ultimate decision on whether criminal charges are filed against officers accused of using deadly force. They also ran at a time when prosecutors are being heavily scrutinized for their roles in upholding alleged wrongful convictions. O’Neill has lobbied against any criminal justice reforms he believed hampered his ability to keep violent criminals and drug dealers behind bars, and his office has fought to uphold alleged wrongful convictions, the most prominent being that of Kalvin Michael Smith.

He also has criticized the N.C. Innocence Inquiry Commission. The commission has recently done work in two Forsyth County cases, including the 2002 death of Nathaniel Jones, the grandfather of NBA star Chris Paul.

A three-judge panel recently upheld the convictions of four men who claimed they were, along with a fifth person, coerced into making false confessions when they were teenagers.

In the second case, a Forsyth County judge vacated the murder conviction of Merritt Drayton Williams. Another man, Darren Leak Johnson, is facing a pending murder charge in that same case after his DNA was found on nail clippings belonging to the victim, Blanche Bryson. Johnson also confessed to commission investigators.

O’Neill ran as a tough-on-crime prosecutor who told voters that he would keep them safe. Hartsfield said she would bring a different perspective based on her years-long experience as a district court judge assigned to juvenile court. She said the district attorney’s office needed to be more diverse and responsive to the public and she pledged that she would not prosecute low-level drug possession cases. Hartsfield said the Forsyth County District Attorney’s Office pursued the death penalty too frequently, leading to racial disparities.

During the campaign, which heated up in recent weeks, O’Neill not only pushed his record as a law-and-order prosecutor but he also honed in on two incidents from Hartsfield’s past. The most significant incident had to do with the N.C. Supreme Court’s decision in 2012 to suspend Hartsfield for 75 days for fixing traffic tickets in at least 82 cases.

He also criticized Hartsfield for a decision to release a Wake Forest University basketball player named Tony Woods from jail who was accused of assaulting his girlfriend. O’Neill cited a state law that says defendants charged with certain domestic violence crimes can be held up to 48 hours. But a judge has a discretion to release defendants sooner. If a judge cannot be reached, then magistrates have to order defendants to be held for the full 48 hours.

Hartsfield held a news conference in which she criticized O’Neill for a mailer that falsely implied she was disciplined for the Wake Forest incident and removed from office. She was never disciplined for the Wake Forest University incident and she was not removed from office. She was suspended for a period of time for the ticket-fixing scandal and returned to the bench.

Hate Out of Winston-Salem accused O’Neill of racism for an ad put out by Defend US, a political action committee that had supported O’Neill in his AG race. That ad called Hartsfield “dangerous” and showed a darkened campaign photo of Hartsfield, who is Black.

Hartsfield has criticized O’Neill’s appearance with former president Donald Trump in 2020, when O’Neill was running for attorney general. Trump has falsely said that he won the 2020 presidential election and has blamed his loss on widespread election fraud without citing any evidence. The U.S. House Select Committee on the Jan. 6 attack has been investigating Trump’s role.

O’Neill has not said whether he currently supports Trump and said that he was merely supporting the presidential nominee of his political party, just as Hartsfield supported Joe Biden. 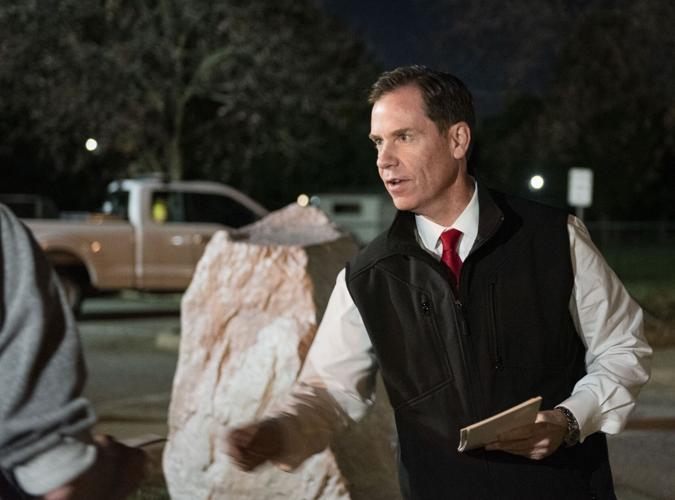 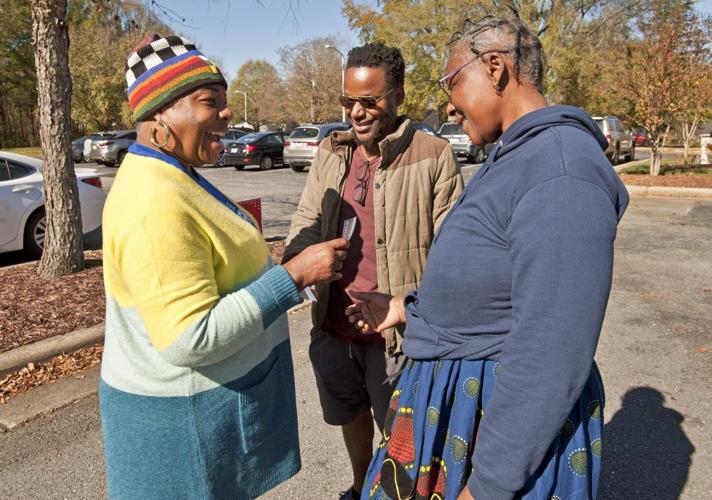 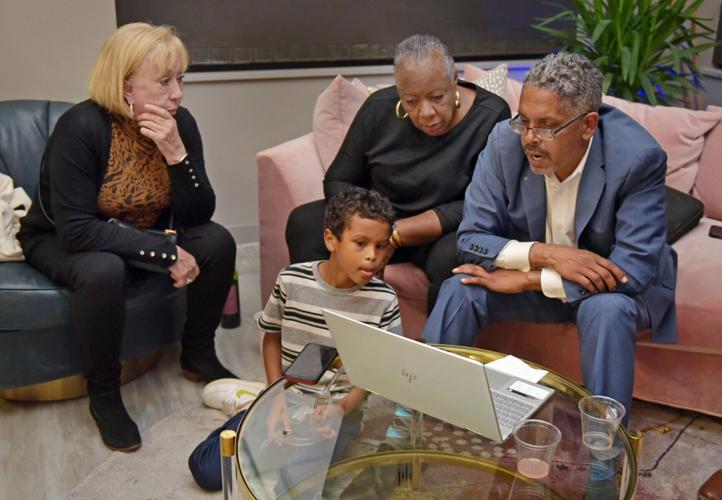 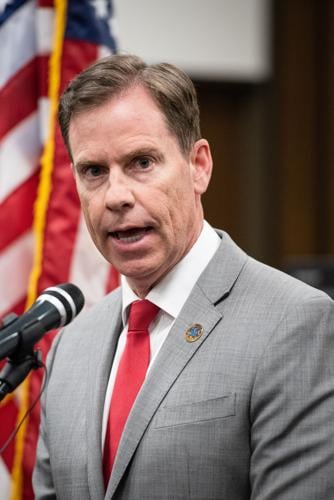