The Forsyth County Board of Commissioners is likely on Thursday to pick a different company to manage health care at the county jail, more than a year after the death of John Neville brought medical treatment at the jail into sharp focus here.

And commissioners are also likely to spend extra money providing expanded mental health services at the jail, in response to concerns expressed by many, including Sheriff Bobby Kimbrough, that mental health treatment is something many people need who end up in jail.

Wellpath, the current provider, was among six companies that submitted proposals to the county for the new contract, which will take effect on Sept. 1.

Wellpath didn’t make the cut to the final three companies the county decided to consider, and in fact got the lowest score of the six from the panel that looked at the companies.

Instead, the contract is likely to go to NaphCare, a company based in Birmingham, Ala. NaphCare held the contract to manage jail health care from 2004 to 2009.

“Clearly, those deaths were serious issues,” Commissioner Don Martin said, referring to the deaths of Neville and other inmates of the county jail during the period when Wellpath held the contract.

Wellpath last obtained a three year contract with the county in 2017, with options to renew one year at a time through 2023.

Last year, the county decided to renew Wellpath’s contract for one more year, but at the same time resolved to get more companies competing for the work and beef up the contract requirements this year.

Wellpath’s one-year renewal was approved in May 2020. Neville’s death came to light in June. A Wellpath nurse is among those charged in connection with Neville’s death.

The county wanted to make sure “we had plenty of time to beat the bushes and find applicants to respond,” Martin said. “There were sentiments to switch (at the time of the one-year-renewal) but we had to make sure there were other bidders and we had things we wanted to tweak.”

One of those tweaks involves having more qualified health personnel on board at the jail: County officials said that includes core staff of licensed practical nurses instead of medical technicians and clinical medical assistants.

The advantage with the staffing change is that the nurses can do medical counseling, answer questions, intervene if someone is experiencing side effects or withhold medication if something’s not going right, county officials say.

Although the basic proposal the county considered all included some level of mental health care, commissioners are considering a $400,000 annual add-on to the jail health contract that would do a lot more.

The money would pay for a behavioral health unit in the jail that would have 20 beds. It would have programming and activities for the people getting treatment. Treatments would be accompanied by a discharge plan.

“This is hands-on, day-to-day programming activities in a contained unit,” Randy Hunsucker told county commissioners in a recent briefing on the proposal. “(Inmates) will be in a unit getting care all day long.”

Hunsucker is business manager of the Forsyth County Sheriff’s Office and a member of the team that evaluated the six companies vying to win the health care contract at the jail.

The Triad Abolition Project, a group that advocates defunding the police and abolishing jails, issued a statement expressing “relief” that Wellpath will no longer be employed by the county, but said that “replacing them with a different company profiting off the prison industrial complex ... is not a win.”

“Unfortunately, there is no way for us to believe or ensure that NaphCare will not demonstrate the same pattern of medical negligence in pursuit of profit as Wellpath has done to our community for over a decade,” the group said.

County officials judge otherwise: In their review of the six companies that submitted proposals, NaphCare got a high score and came in first place in the final review. Wellpath came in last, and by not finishing among the top three, didn’t make the cut for the final face-to-face interviews.

The review included random calls to other counties that contract with the various companies for jail health, Hunsucker said.

“Each of the vendors was required to list their clients with an average population with a facility similar to ours,” Hunsucker said. “We looked at various jurisdictions across the nation, primarily in the southeast.”

When looking at past and current performance, Hunsucker said, the members of the team couldn’t help but be aware of Wellpath’s record here — and that one of the company’s nurses was charged in connection with a jail death.

Wellpath operated here under the name Correct Care Solutions until a 2018 merger with another company created Wellpath.

Lawsuits were filed against Correct Care Solutions in the 2013 death of Dino Vann Nixon and the 2015 death of Jennifer Eileen McCormack Shuler. Both suits were settled out of court.

A suit remains pending against Wellpath in the death of Deshawn Lamont Coley in May 2017, while the family of another inmate who died the same month, Stephen Antwon Patterson, received a settlement.

Those deaths prompted protests, but those protests were small compared to the ones in the summer of 2020, when the revelation of Neville’s 2019 death only added to local public anger that was already stoked over the death of George Floyd in Minnesota.

In a recent briefing, Commissioner Gloria Whisenhunt noted that the county has “taken a great deal of criticism over Wellpath,” but that Wellpath was the only company wanting the county’s business in 2017, when it received its last three-year contract.

Whisenhunt and Commissioner Fleming El-Amin have also expressed disappointment that no local hospital stepped forward in an effort to win the county contract.

Hunsucker told commissioners during a recent briefing that local hospitals “in the end ... elected not to submit a bid.”

El-Amin said last week that since NaphCare scored so much higher than Wellpath in the review by the county’s panel, he’s hopeful that the county will get better health care in the jail.

County officials estimate that it will cost the county $19.5 million — not counting the extra mental health piece — to provide health care through NaphCare for two years and 10 months. It’s not going to be a three-year contract because Wellpath’s current contract runs through Aug. 31. The county wants to start aligning the start time of the contract in the future to the start of the fiscal year on July 1.

The county estimate includes a fixed contract cost of $14.9 million, plus $2.5 million that NaphCare gets to manage third-party and off-site claims. The remaining costs are variable, hence estimates: Around $2 million as the county’s share of health care provider claims, and around $173,000 which the county may or may not have to pay depending on the size of the jail population.

The extra mental health services the county is considering adding add about $1.2 million to the cost over the two years and 10 months.

The Wellpath contract for one year has a cost of $5.6 million, which includes a $4.3 million fixed cost. To compare, the fixed cost portion of the new NaphCare contract will be $5.2 million in year two, the first full year of operation.

Kip Hallman, the president of Wellpath, said in a statement that the company’s relationship with the county’s citizens will continue because it has just opened a clinic for the treatment of opioid addiction and other substance abuse problems. The clinic is called Wellpath Community Care Clinic.

Hallman declined to talk about its recent effort to win a new contract at the jail, but said the company “prices our contracts in order to provide quality health care and a fair wage to our staff.”

“We remain committed to our staff and our patients and will work with the sheriff’s office, as we are focused on having a smooth transition to the new provider,” Hallman said.

A NaphCare official speaking for that company said its behavioral health units are a way to provide “a transformative approach to caring for patients with a serious mental illness in the jail environment” — adding that it holds the potential to “close the revolving door of incarcerating people with mental illness.”

Maybe so, but Forsyth County Manager Dudley Watts, noting that most people in jail stay there only 25 days — they’re waiting for their court dates — said that the amount of help the county can give may be limited.

“They are not going to be there long enough for a metric of how well we are doing,” Watts said.

Going with the flow: For Kernersville motorists, work on sewer lines has been no pipe dream

A $3.2 million project involves several roads downtown, including such main thoroughfares as Mountain and Cherry streets.

A cleanup crew has finished the job of removing piles of bagged garbage and tents that were abandoned on the city-owned property when Winston-Salem officials ordered the residents to leave on Wednesday.

What is the next step after Winston-Salem's discrimination apology?

Forsyth County Commissioner Don Martin, a Republican, says he can’t see voting in favor of a resolution apologizing for past discrimination of…

Smith Reynolds Airport in Winston-Salem has gotten a $4.45 million grant to refurbish the building used by North State Aviation, an aircraft maintenance and repair plant. At the same time, Forsyth Technical Community College is nearing completion on a center to train aircraft maintenance workers.

Old Salem, housing and the arts among groups asking for Winston-Salem coronavirus money

The Winston-Salem City Council heard appeals for everything from affordable housing to pickleball on Wednesday, as members listened for more t… 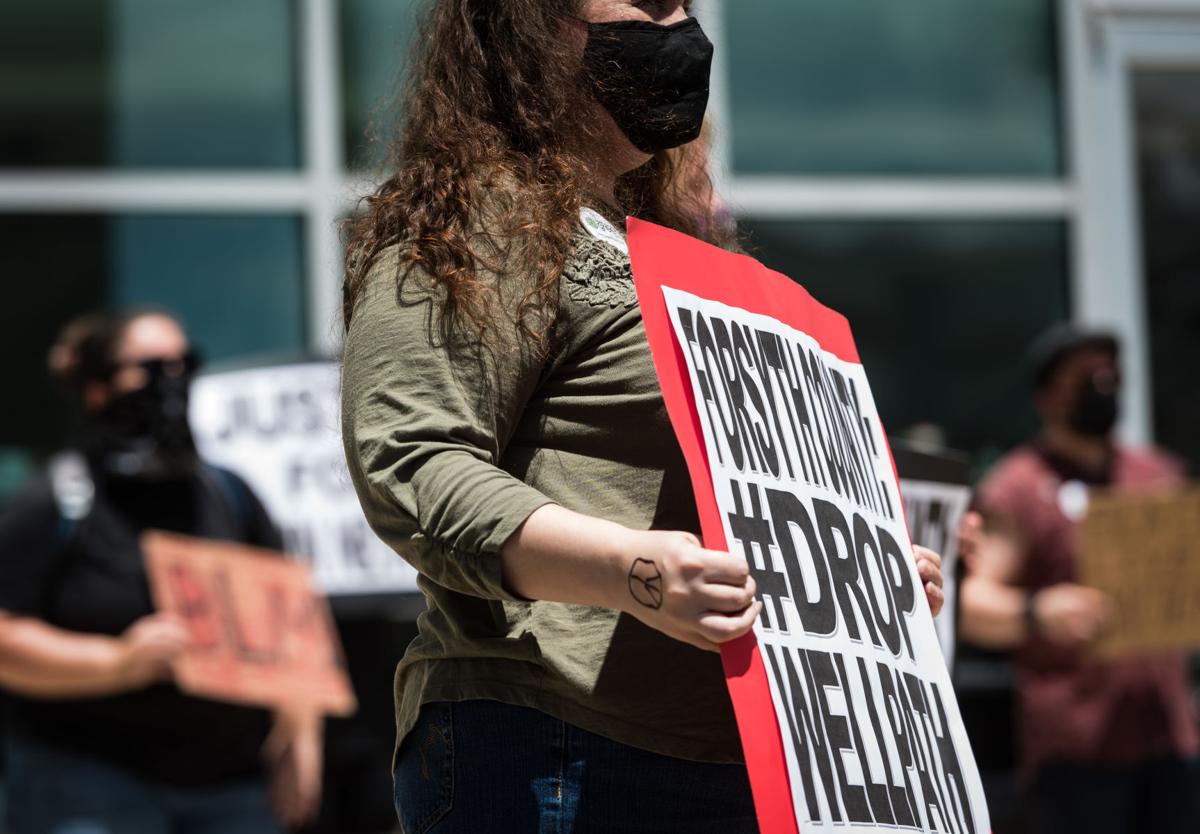 Adrianne Mowry holds a sign that reads “Forsyth County: #DropWellpath” during a Black Lives Matter Winston-Salem protest at the Forsyth County Government Center in Winston-Salem in which demonstrators demand the release of video footage connected to the jail-related death of John Neville in 2019. A Wellpath nurse is among those charged in connection with Neville’s death. 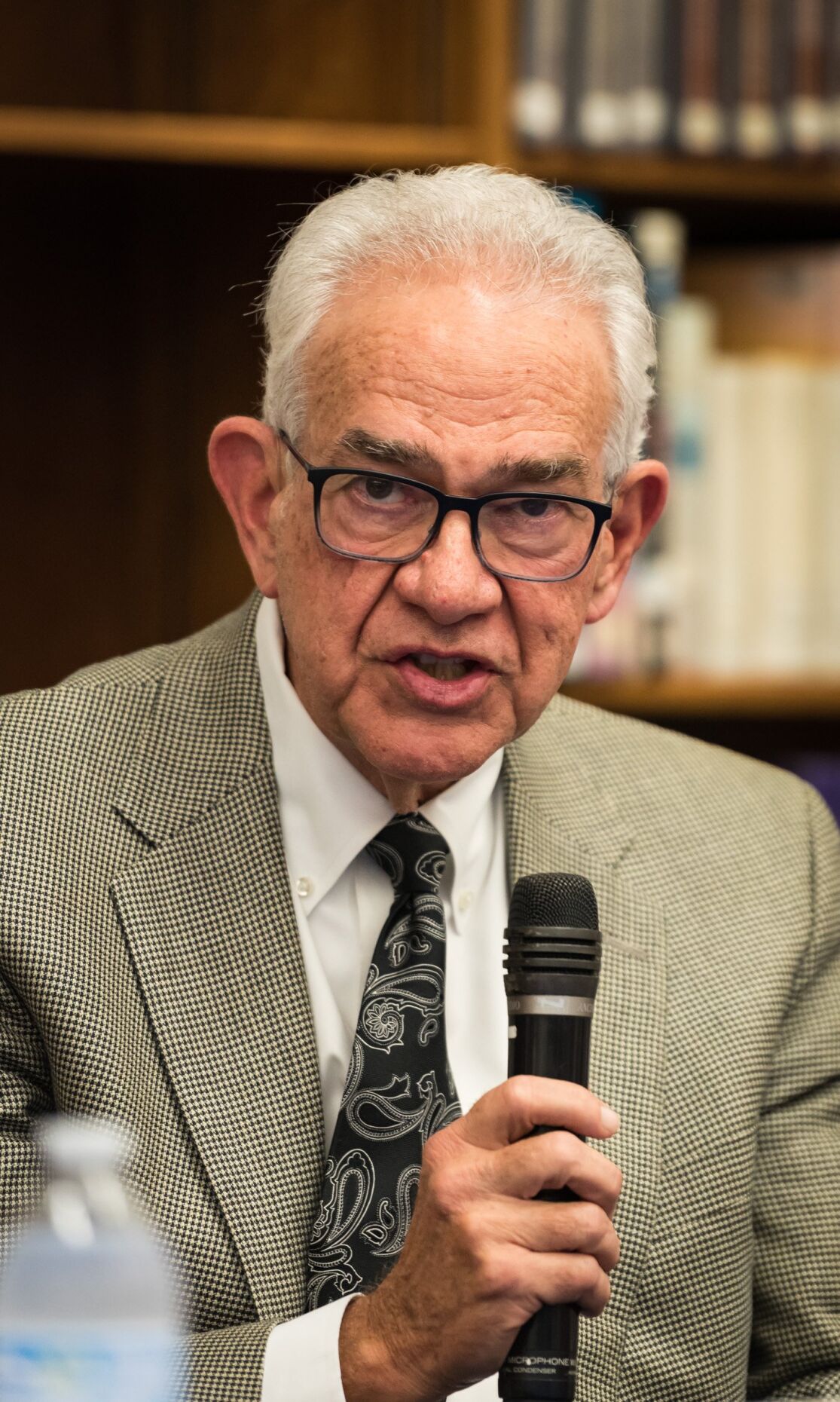 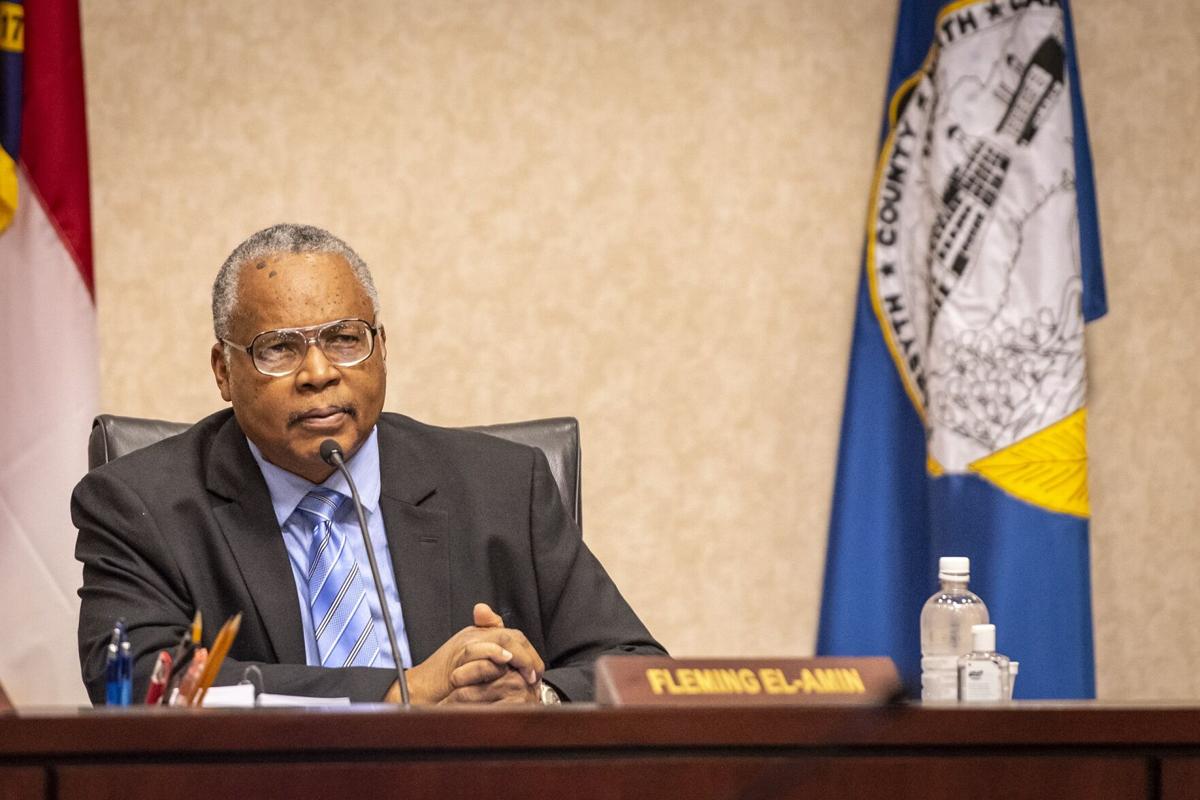