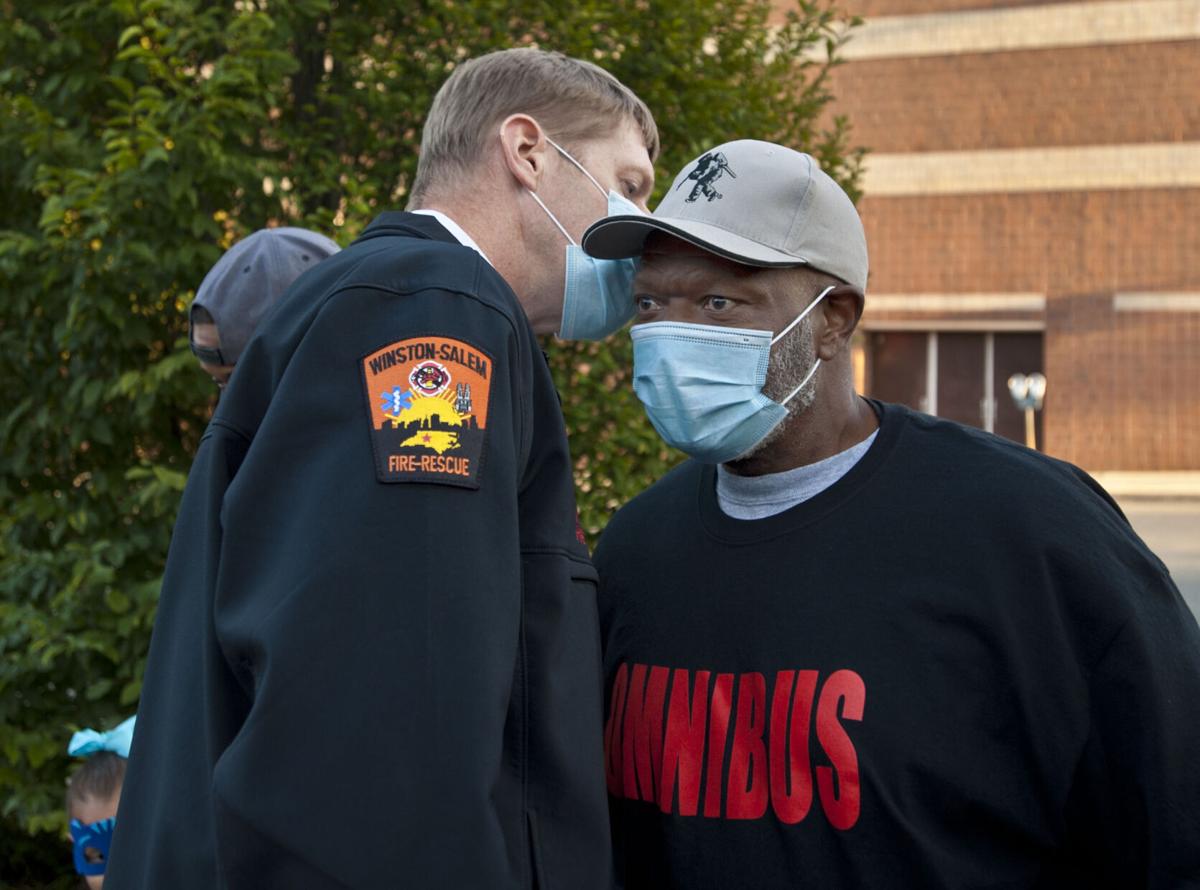 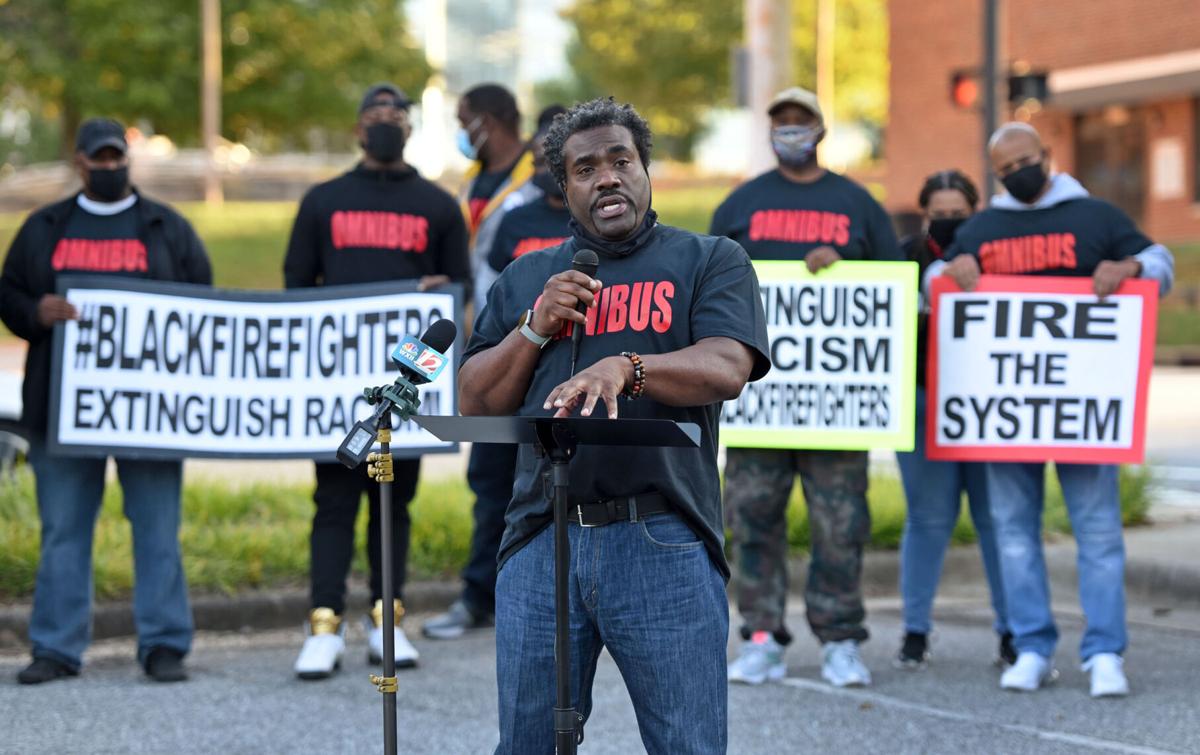 Winston-Salem Fire Chief William "Trey" Mayo made an unannounced appearance on Monday at a press conference called by the Omnibus group of Black firefighters who have demanded his dismissal.

Mayo watched as members and sympathizers of the group vowed to continue their protest of what they call a culture of racism in the Winston-Salem Fire Department. But Mayo made no public comments.

The group says Mayo has failed to show leadership in weeding out racist firefighters from the department, and faulted city leaders and council members generally for failing to meet their demands.

"It is clear to all of us that we have not been heard," said firefighter Thomas Penn, one of the leaders of the Omnibus group. Recounting a recent meeting firefighters had with City Manager Lee Garrity and other city officials, Penn said "we walked away with no more resolution than we had when we entered the room."

The firefighters claim that they have been subject to racism both in person and on social media, during incidents that they say have stretched out over many years.

The city has hired a consultant to examine the racial climate of the fire department in response to the group's charges, but members of Omnibus have demanded the right to choose who looks at the department and investigate their claims.

Mayo, asked by a reporter why he had come, said that during the previous events held by the Omnibus group he had been out of town.

"I wanted to see it in person," Mayo said.

Ricky Brown, a retired firefighter, said during the group's press conference that he had been unfairly disciplined because of an incident in which he had tried to hold off an irate man during a medical call. Brown said he lost his chance for promotion and was made out to be the "bad guy" in the incident because of his race.

Brown said he had to get anger-management counseling "for something I didn't even do."

Dawn Blagrove, the executive director of Emancipate North Carolina, an anti-racism group that is supporting the Black firefighters, noticed Mayo among the people watching the Omnibus press conference, which was held in a parking lot behind Benton Convention Center.

Blagrove suggested that Mayo could say whether any of the white firefighters the Omnibus group accuses of racism have had to take any anger-management classes, but Mayo didn't respond.

After the event, Mayo walked up to Brown and said something to him privately, but Brown said the remark was not related to the Omnibus allegations.

Members of the Omnibus group and their supporters held signs decrying racism as people took turns making remarks to a small group of reporters.

Marcus Bass, with Advance North Carolina, another group supporting the firefighters, noted that city officials have so far kept their word that no firefighter would face any retaliation for taking part in the Omnibus protests.

About 30 people attended Monday's event, but Bass said there were nonetheless other firefighters who are not taking part for fear of retaliation.

Penn, asked what the next step for Omnibus might be, said that the group hopes to get growing support from the citizens. Members and supporters of Omnibus called on people to contact their city council members, the mayor and other city officials to support their cause.

And members of the group vowed to continue their cause.

"This is serious business," Penn said. "We are not going away until this issue goes away."

Winston Lake is getting more parking spaces, a new picnic shelter and pier. Improvements continue at other Winston-Salem parks.