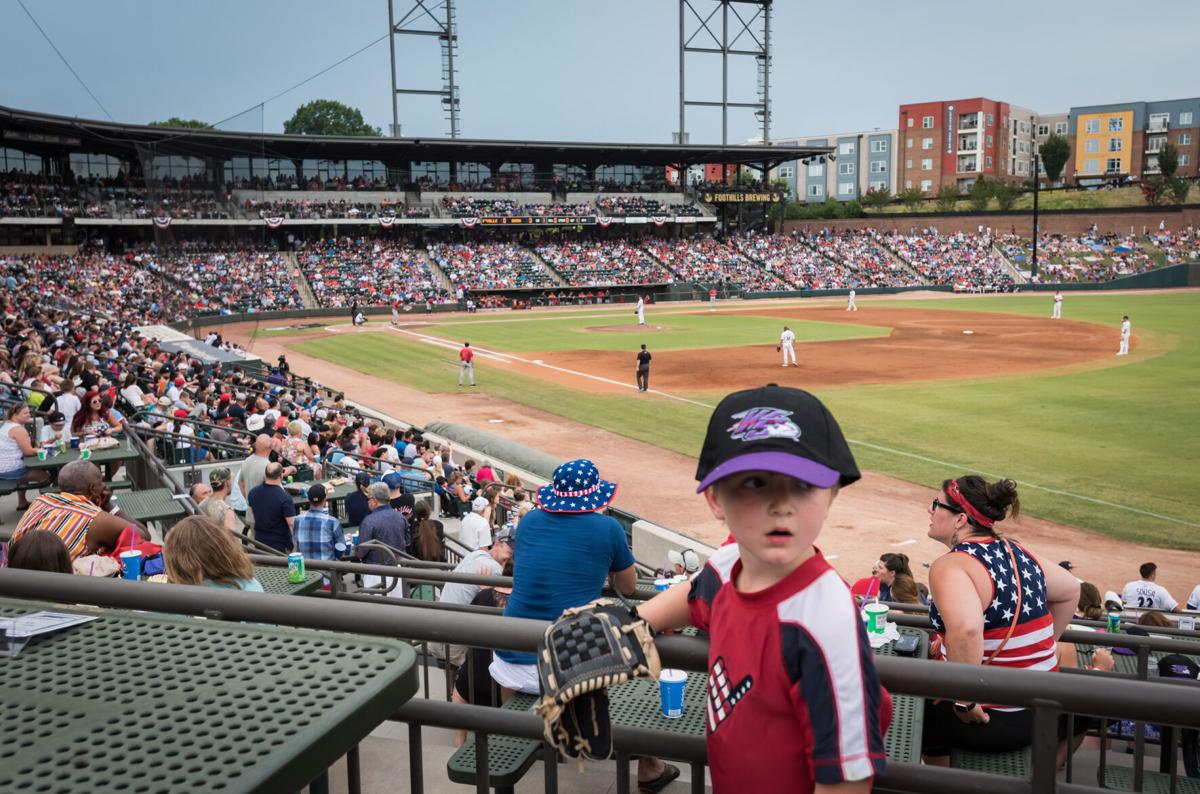 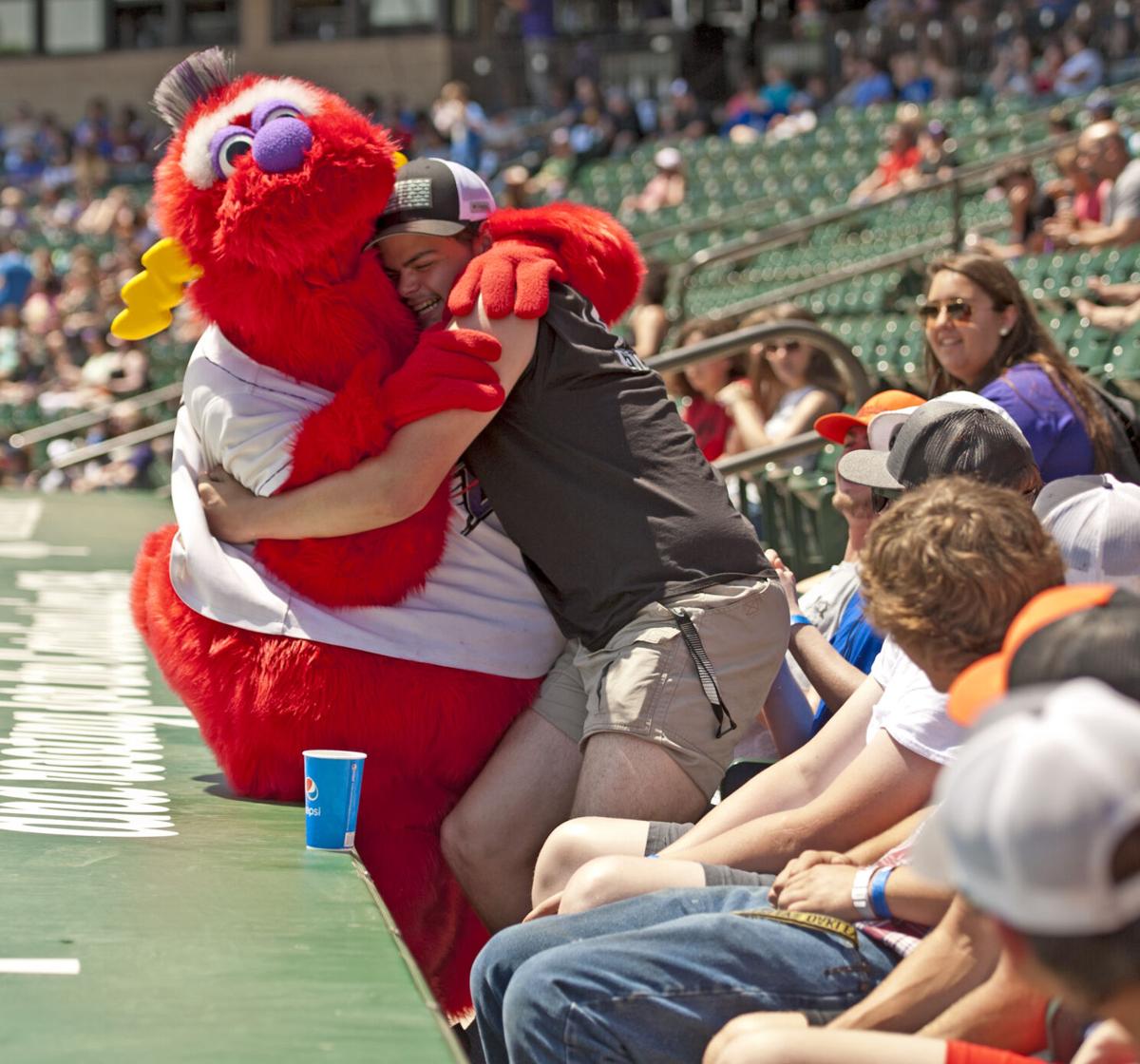 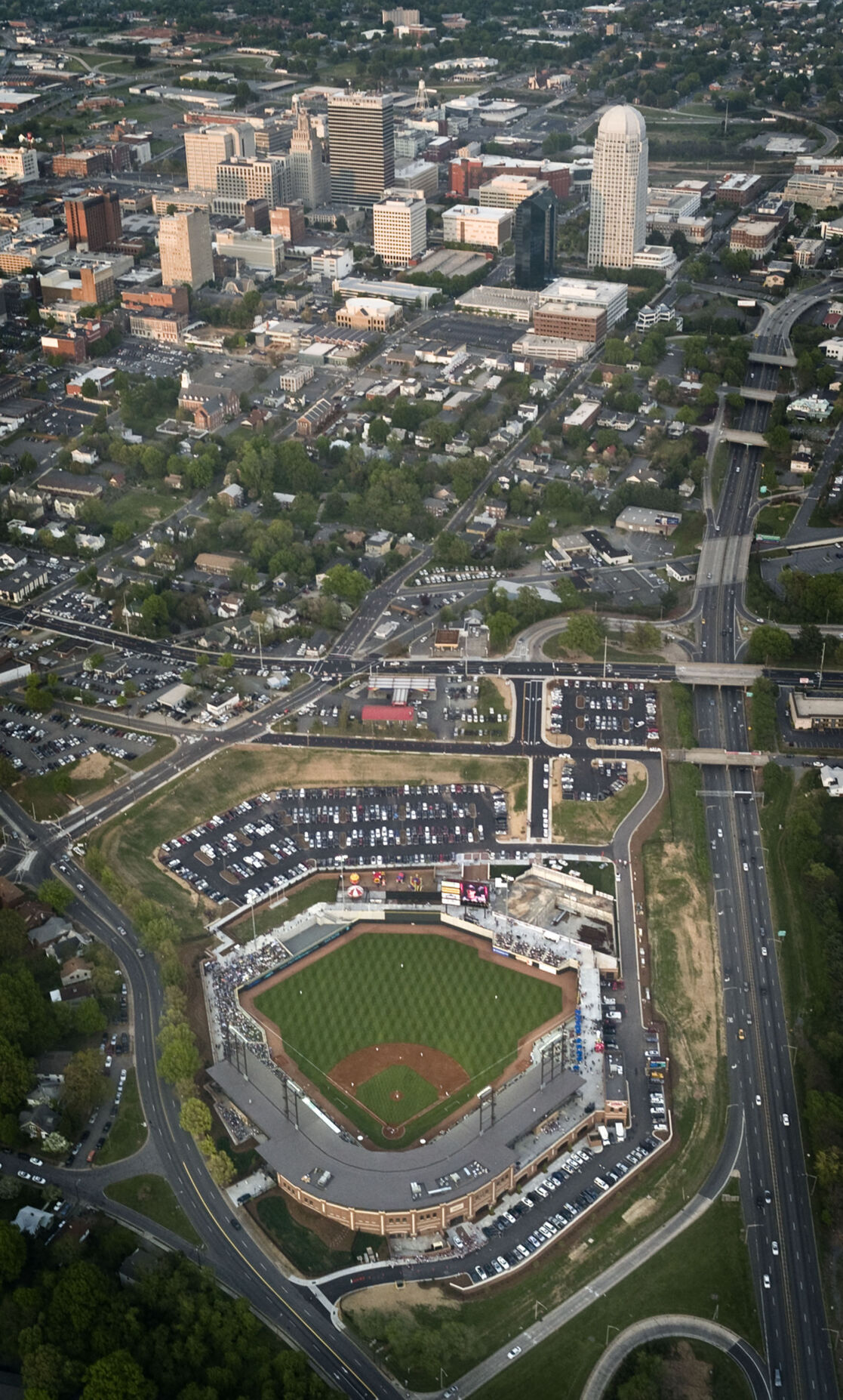 The Winston-Salem Dash opened their new BB&T Ballpark on Tues., April 13, 2010, to a sellout crowd. 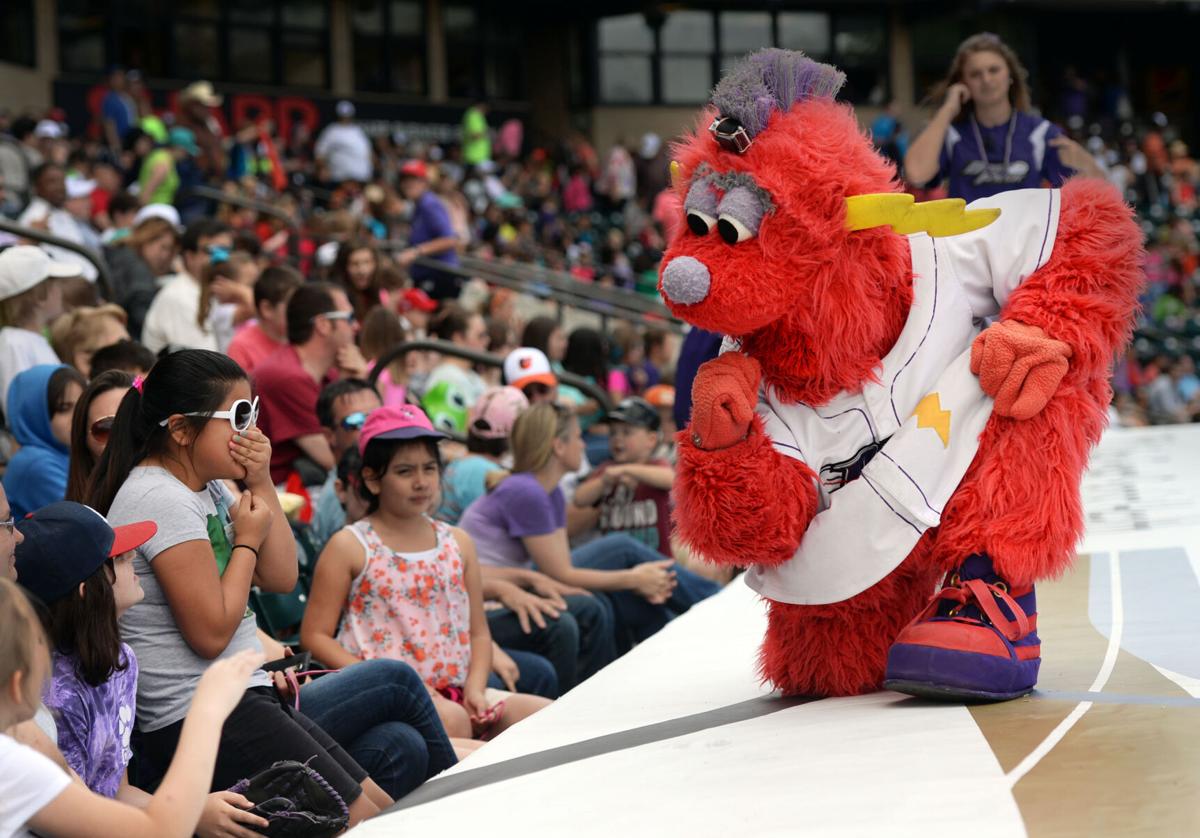 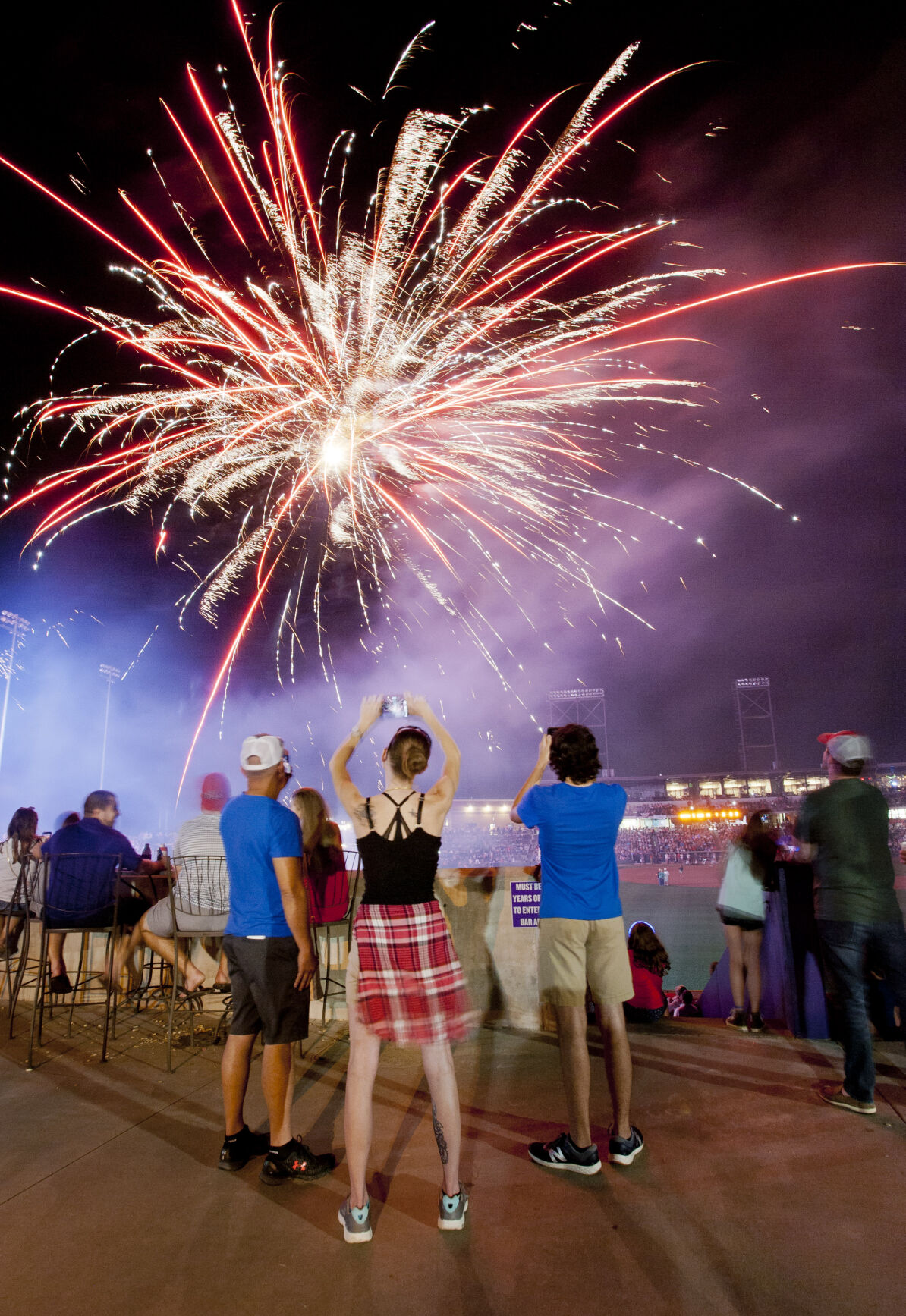 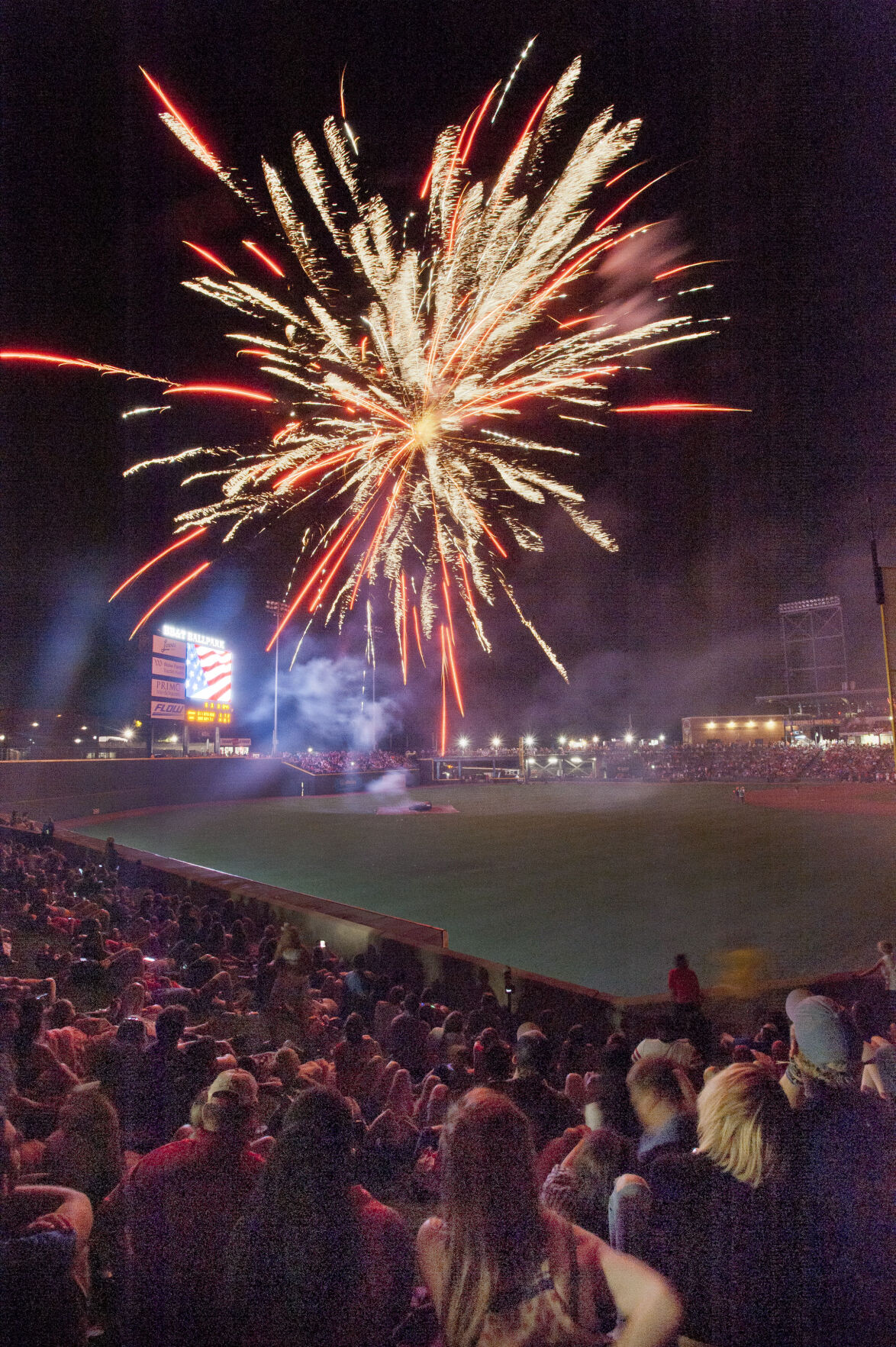 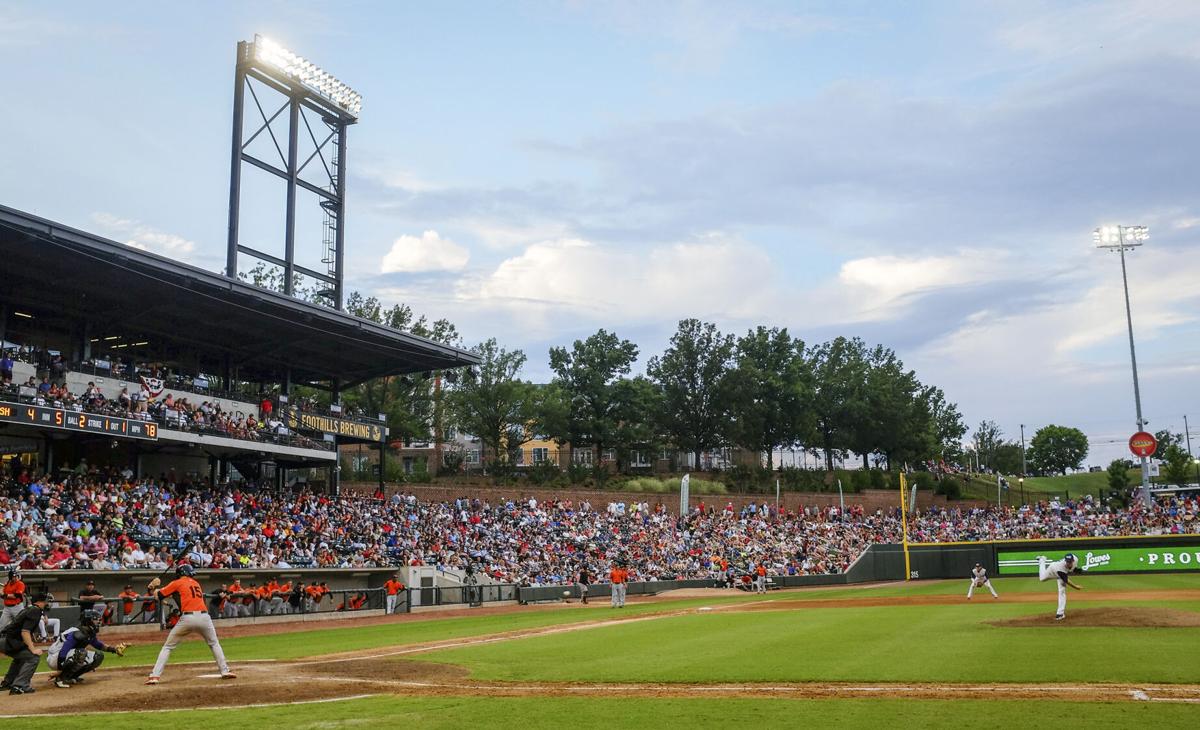 The Frederick Keys take on the Winston-Salem Dash on Saturday, July 4, 2015 at BB&T Ballpark. 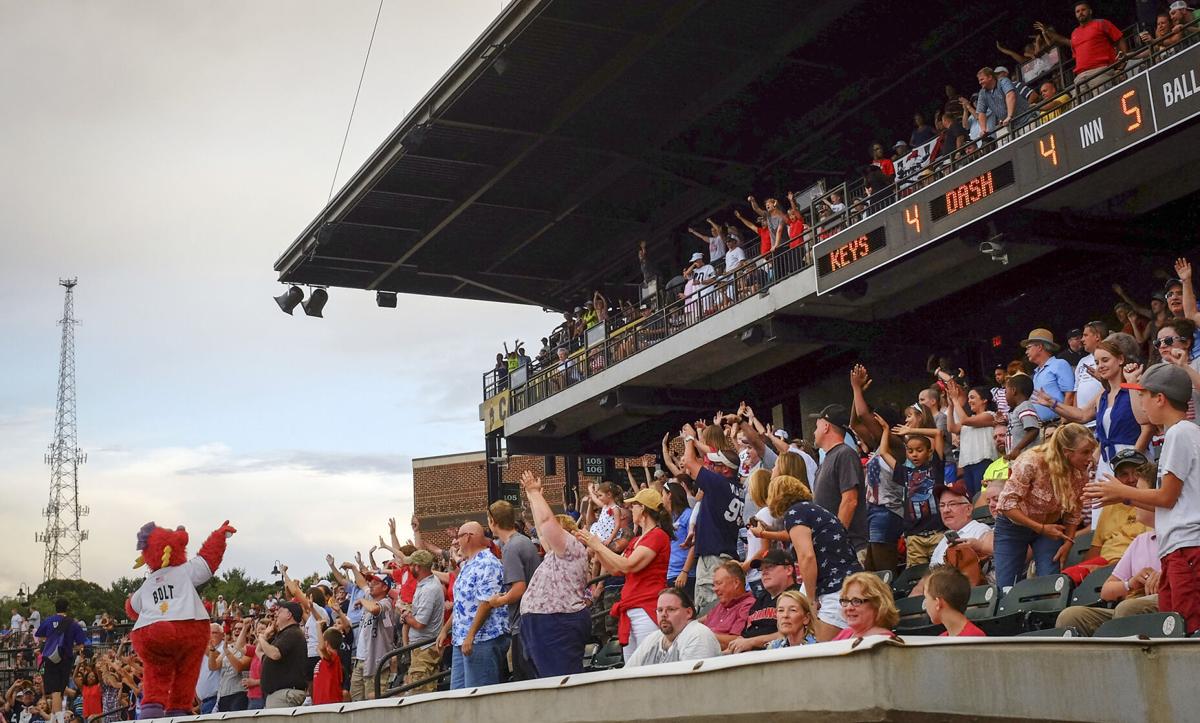 Faced with the potential loss of the Dash, Winston-Salem is poised to ink a new lease with the minor-league baseball team that will make a major cut in the team's annual lease payment.

The team lease payment would drop from $1.55 million to $750,000 initially, and an annual ticket surcharge the city gets — to the tune of $175,000 — would be eliminated. The changes would force the city to dig into reserves to continue paying off the city's stadium debt of $20 million.

If that's a blow, a bigger blow would be losing the team, Winston-Salem Mayor Allen Joines said.

"It came down to this: If we lose the team, the city would be responsible for the whole payment," Joines said.

And the city would be left with no team and an empty stadium.

Joines also said the new lease is being structured in a way that will allow the city to more than recoup — over the long haul — the money lost from lowering the lease and eliminating ticket surcharge payments.

The team would continue making an annual payment of $93,000 designated in 2014 as a payment in lieu of taxes.

The city pays its debt on the stadium from lease payments and the other revenues from the team that were to total $1.7 million in 2020 and be put into a special fund for that purpose. The Dash is an advanced Class A affiliate of the Chicago White Sox.

"Major league baseball said that in order for them (the Dash) to continue, there has to be a reduction in that lease amount," Joines said, noting that the amount Winston-Salem charges the team is much more than many teams pay.

In early December, it was reported that Major League Baseball, in a restructuring, had decided to cut some 40 minor-league franchises and reduce the number of teams to 120.

At that time, it was reported that the Dash were one of the teams that would be staying in place, but city officials say they're sure that outcome depends on changing the terms of the lease to give the team lower payments.

Billy Prim, one of the team owners, said the Dash made a proposal to MLB in November "outlining the changes that the city was going to try to make for the stadium, in hopes that we would be included in the 120 teams that are going to be offered the licensing agreement" by MLB.

Prim said the chance for a lower lease payment has "got us to the first level they will look at," but that "no team is safe until the licensing agreements are agreed on."

The investment group that owns the White Sox acquired a majority interest in the Dash in 2014. Prim said that those investors have told him they feel the new lease amount will be the right amount to get MLB approval.

The Finance Committee of the Winston-Salem City Council will meet Monday to review the terms of the proposed new lease, along with other more routine business in a regularly scheduled session.

Under the stadium lease proposal, the team's lease payments would start at $750,000 a year and gradually escalate by 1.99% annually. By 2036 the team would be paying around $1 million per year.

The amount of money the city would have to pay from debt reserves to make up the shortfall would vary from year to year and range between $178,000 and $633,000 per year. The amounts vary because the debt was taken out at different times with varying due dates.

The Dash were already the beneficiaries of a deferred lease payment that the city council approved in May because of the economic impact of the coronavirus pandemic. The city gave the team a six-month deferral on the $772,500 payment the team was to have made in June.

The city council will hold a public hearing on the new lease proposal, assuming it is recommended the city's Finance Committee. Joines said that committee members have responded favorably to the proposal.

"There is pretty much unanimity that we can't lose the team," Joines said.

The city contributed $12 million to the project in financial incentives but in 2009 had to invest another $15.7 million at a time when construction had been stalled for months.

In so doing, the city became the sole owner of the ballpark and leased it back to the Dash for a 25-year term. The lease payments were structured to pay back the city for $12.7 million in bonds the city issued as part of the deal.

While the financial arrangements were controversial, the stadium opened for play in 2010.

In 2014, the arrangements were restructured so that new investors infused $7 million into the project. The city provided $13 million to pay off a construction loan the developers had incurred. The lease term was extended to 2039, and lease payments were increased to cover the new debt.

Now, the city is proposing to extend the lease again, this time to 2046. That gives the city five years of lease payments after the debt is paid.

And that, city officials said, means that the city would be repaid.

"We will get all our money back," Joines said, acknowledging that the city would be "in the red" before "we recoup all our payments."

The movie, “Judas and the Black Messiah” is a largely accurate portrayal of how the government conspired to kill one of the leaders of the Bla…

The Forsyth County Board of Commissioners on Tuesday approved the purchase of 12 acres beside C.G. Hill Memorial Park on Balsom Road to ease p…

Winston-Salem should make a proposed ordinance that provides protections based on sexual orientation, gender identity and gender expression “a…

Washington Park renovation starts on south side of Winston-Salem park

Park improvements and goats are both coming to Washington Park, as the city moves forward with a long-range plan for improvements at one of it…

Winston-Salem officials are hosting a public forum on Thursday to get input on goals for the city over the next four years, but the forum will…

Winston-Salem to crack down on backyard garbage pickup. Must have doctor's note to continue service

If you have backyard garbage collection in Winston-Salem, the city is going to start demanding proof that you need it.

People talked about everything from racial disparities to potholes during a public forum Thursday that took place online rather than in person.

The Winston-Salem Dash opened their new BB&T Ballpark on Tues., April 13, 2010, to a sellout crowd.

The Frederick Keys take on the Winston-Salem Dash on Saturday, July 4, 2015 at BB&T Ballpark.