Subscribe
Read Today's E-Edition
Share This
Hate Out of Winston calls for boycott of Ego Beauty Supply stores in Winston-Salem; The group stages a Saturday protest
0 Comments
Share this

Hate Out of Winston, a local social justice organization, called Saturday for a boycott of the three Ego Beauty Supply stores in Winston-Salem during its protest at the store’s Waughtown Street location.

The organization’s appeal for a boycott came after a demonstrator said he told the store’s owner to “keep your God damned hands off Black women.”

The organization staged the protest in response to videos posted to social media showed the store’s owner and an employee in a physical confrontation with a Black customer.

Miranda Jones, a representative of Hate Out of Winston, told 25 demonstrators that her organization will lead a boycott of the stores because Hasan Kanan, the owner of the Ego Beauty Supply store at 1232 Waughtown St., has refused to meet the organization’s demands.

Kanan couldn’t be reached for comment Saturday. A man who answered the phone at the store declined to comment on the Hate Out of Winston’s planned boycott of the Ego Beauty Supply stores.

Terrica Hughes of Bermuda Run was involved in a scuffle July 16 at the store’s Waughtown Street location with Kanan and a female employee.

Hughes was among the protesters who attended Saturday’s rally.

“It warms my heart that you all are so involved,” Hughes told the demonstrators. “This issue is bigger than me. We are pressing an issue that is very prevalent in the Black community.”

Beauty supply stores are part of a billion-dollar industry, which is fueled by Black female customers, she said.

“The mistreatment is uncalled for,” Hughes said.

The protesters demonstrated on the sidewalk and in a parking lot near the store for about 90 minutes. They carried signs that said, “If Terrica Can’t Shop, We Can’t Shop,” “We are Terrica,” and “Shop Black Owned.”

Talaya Holland, a co-owner of the House of J. Lorraine in Salisbury, a beauty supply store, urged the demonstrators to order beauty products online from her store.

“It is of the utmost important that we patronize Black owned businesses,” Holland said.

The protest was peaceful, but there were tense moments.

When Effainguan Muhammad, a student minister with the local Nation of Islam, spoke to the demonstrators, he turned toward a man whom he described as a store representative and said, “Our message is short and simple. Keep your God damned hands off Black women.”

The man didn’t respond to Muhammad’s statement. Later in the protest, Muhammad approached the man and said that Kanan, the store’s owner, had an opportunity to speak to the protesters and the community.

During that exchange, Muhammad told the man not to wave his hands near Muhammad’s face. The man then walked away toward the store.

“We are not patronizing your store,” a protester said to the man.

About 30 minutes later, two demonstrators stood in the parking lot in front of the store and urged Black customers not to shop at the store. They also confronted the man who had been monitoring the rally and had earlier spoken to Muhammad.

A few minutes later, a police officer arrived on the scene and spoke to one of the demonstrators. The protester told the officer she and two others had a right to protest in front of Ego Beauty Supply.

“They want your money,” LaChaundria Hairston of Winston-Salem, a demonstrator, said to the group of Black people who were walking toward the store. “You then go into the store and get your ass whipped.”

Hate Out of Winston has demanded that Ego Beauty Supply not press charges against Hughes and make an apology to Hughes and the Black community.

The organization also demanded that the store donate no less than 5% of its annual profit to three to five Black nonprofit organizations for three years.

It also demanded that Ego Beauty Supply immediately enact a policy that its employees will not physically assault or place their hands on Black women or any Ego customers.

The group requested that the store make a one-time donation to Hughes’ business to make their apology more sincere.

During Saturday’s protest, Jones said that her organization stood behind its demands to the store.

“We are not extortionists,” Jones said. “We are used to being denigrated, demeaned and castigated by this store. That must change.”

Hate Out of Winston posted a video on its Facebook page last week that shows part of the incident, calling it an example of how some retailers mistreat Black customers.

Hughes, a hairstylist who has made wigs for the store, went to the store to buy hair glue and another product. The total came to $31.17.

The issue began as she was paying. Kanan said it was unclear whether her payment actually cleared.

At some point during the encounter, Hughes showed them her online banking account, which showed the purchase as pending.

Hughes thought that was the end of of it. Kanan did not.

Hughes posted a 71-second clip of that video to social media, saying she posted it publicly to show the circumstances that led to the incident.

The video shows moments leading up to the encounter between Hughes, Kanan and the female store employee. Hughes attempts to leave the store, where she says she spent 20 to 30 minutes.

Kanan grabs Hughes and pushes her back to the store’s counter. The female employee also grabs Hughes, and Kanan takes a bag from her.

The full video includes footage that shows Hughes hitting Kanan and the employee as she leaves the store. At one point, Hughes posted a clip with that encounter.

Kanan has admitted taking the merchandise from Hughes on July 16 but, Kanan said he did not hit or attack her. He said he went behind her and held her to get the merchandise.

Hughes and Kanan have apologized publicly for their actions during the incident.

Baby born during earthquake in Syria in stable condition

Romney confronts George Santos after State of the Union, tells him he shouldn't be in Congress’

Romney confronts George Santos after State of the Union, tells him he shouldn't be in Congress’

These high-end boats are masquerading as supercars in Dubai

These high-end boats are masquerading as supercars in Dubai 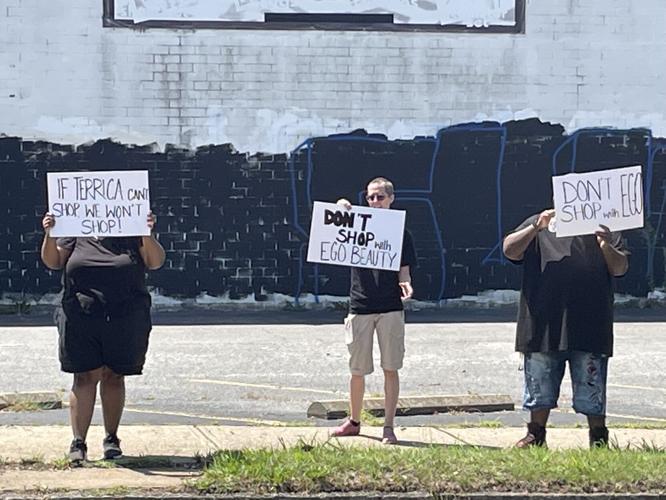 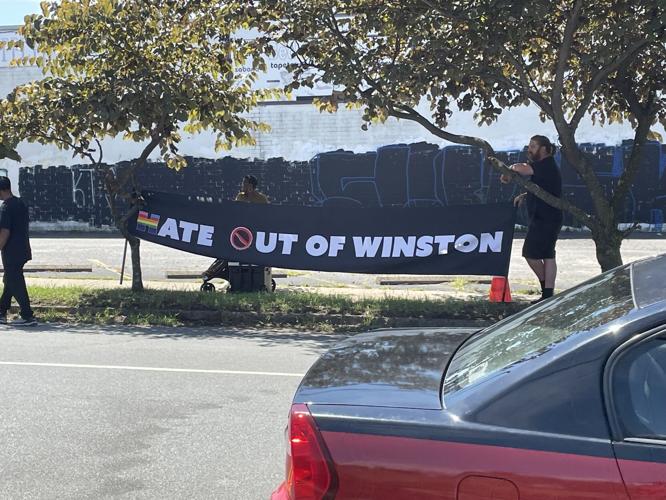 Hate Out of Winston, a local social-justice organization, staged a protest in front of Ego Beauty Supply on Waughtown Street.