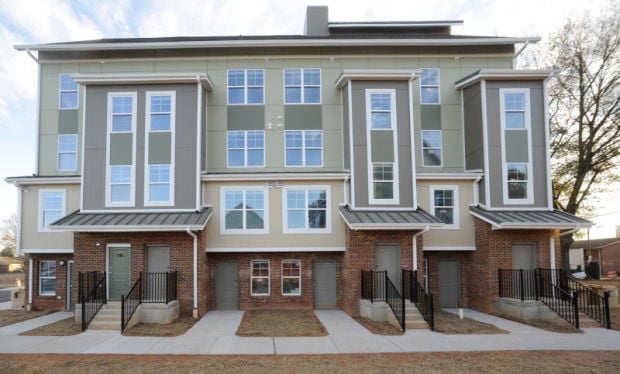 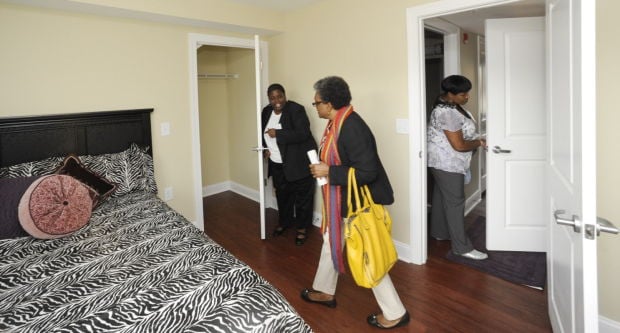 Shirley Goodson (from left), Property Manager/Healy Towers for the Housing Authority of Winston-Salem, gives a tour of the one-bedroom apartment to Peggy Galloway, of the Bethesda Center, and Daphne Covington. 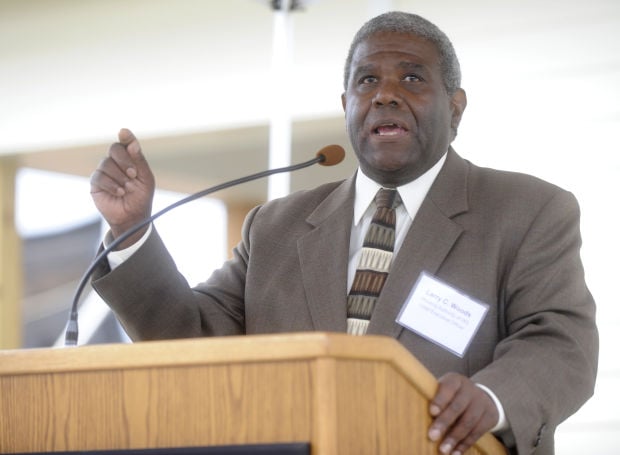 The Housing Authority of Winston-Salem introduced the community to its newest affordable housing complex on Thursday, but The Oaks at Tenth is not your typical public-housing development.

The Oaks is HAWS’ first “Step Up” transitional housing site, where tenants will be subject to work requirements to live there.

The goal: To move people toward economic self-sufficiency while also revitalizing the Cleveland Avenue area.

The complex is near the intersection of Tenth Street and Cleveland Avenue and represents the first phase of the Cleveland Avenue Initiative Masterplan, HAWS’ effort to revitalize 130 acres.

“The concept is that we were one of the largest landlords in this area, and if we didn’t improve our property how could we expect anyone else to do that,” said Larry Woods, CEO of HAWS, during the open house.

“I’m so happy today that this Housing Authority, under the leadership of Mr. Larry Woods, has tried something different, and I think that this community is going to be much better for it,” said Winston-Salem City Council Member Derwin Montgomery.

“We’re trying to break this cycle of poverty and dependence upon the federal government,” explained Walter Pitt, chairman of the HAWS board.

Once completed, The Oaks will feature 50 modern apartment units, each with its own outside entrance. Options range from one- to three-bedroom units with single-level to multi-level floor plans. Each unit will have energy-efficient appliances.

Ten of the units will go to Experiment in Self-Reliance program participants, and the program’s executive director, Twana Wellman-Roebuck, was impressed with what she saw Thursday.

“I love the look, because it has the appearance of other types of apartment facilities throughout the city,” Wellman-Roebuck said.

The project is modeled after the U.S. Department of Housing and Urban Development’s Moving to Work concept. HAWS is working on getting the federal designation so it can fully implement the program.

To reside at The Oaks, the head of each household must maintain a work schedule of at least 30 hours per week, and each additional adult household member increases the minimum requirement by 10 hours. Elderly or disabled residents will be exempted from the work requirements.

Rent will be based on income, with a minimum rent of $50.

HAWS will link people with workforce development programs and other community resources to help them move toward self-sufficiency.

The idea is that as residents’ incomes rise, they will move into private housing and eventually own homes. This will free up the subsidized housing waiting list, which has slow turnover, Woods said.

“Our biggest hope is that The Oaks at Tenth inspires the families who choose to call this place home to turn their dreams into reality,” said Katrina Redmon, vice president and chief development officer of HAWS.

HAWS has collected more than 170 applications for the complex, Woods said.

Woods said the entire complex could be completed by February or March, but the first two buildings will be occupied later this year.

The Housing Authority also has another nearby project – Camden Station – in the works. Construction on that development at Cleveland and 12th Street will probably get underway next year.

The Oaks project will cost about $5 million and Camden Station about $3 million, Woods said.

They are funded by grants, loans and federal dollars.

The Oaks at Tenth

The Housing Authority of Winston-Salem introduced the community to its newest affordable housing complex, The Oaks at Tenth.

Shirley Goodson (from left), Property Manager/Healy Towers for the Housing Authority of Winston-Salem, gives a tour of the one-bedroom apartment to Peggy Galloway, of the Bethesda Center, and Daphne Covington.