Ike Sims is humble about his time in Vietnam, but he was honored for his rescue efforts under enemy fire
0 Comments
Share this
{{featured_button_text}}
1 of 3 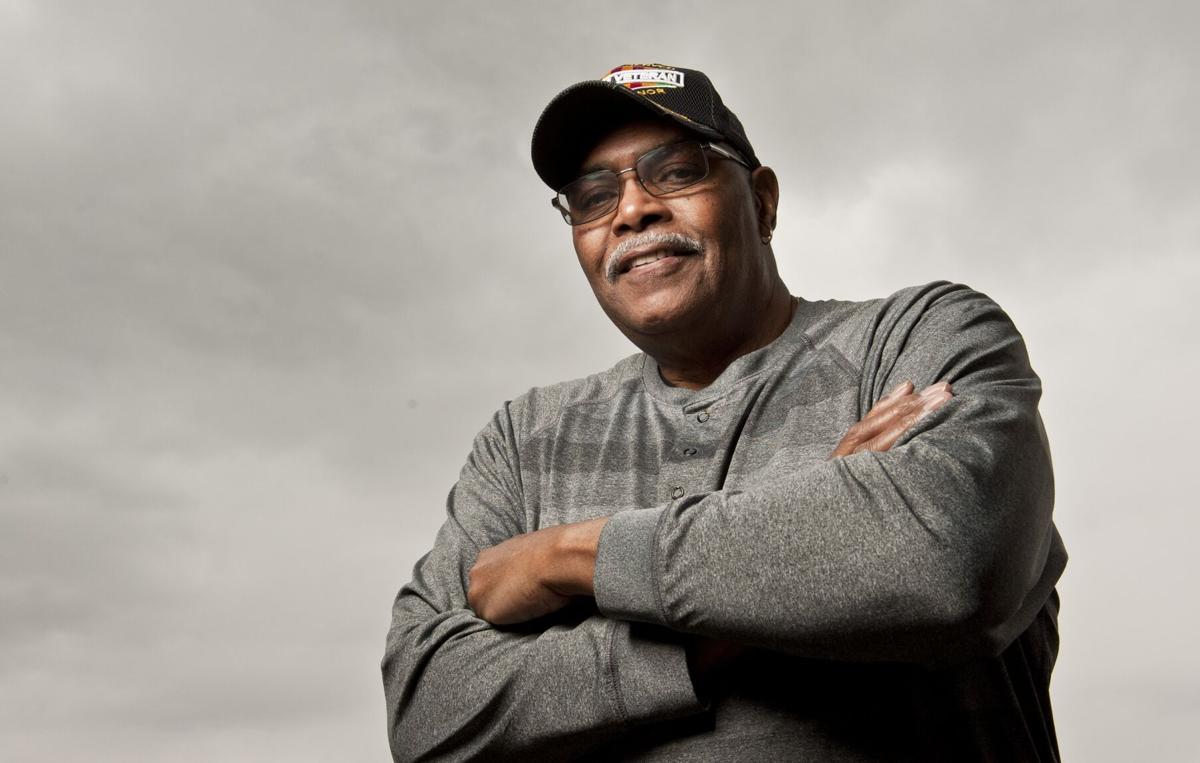 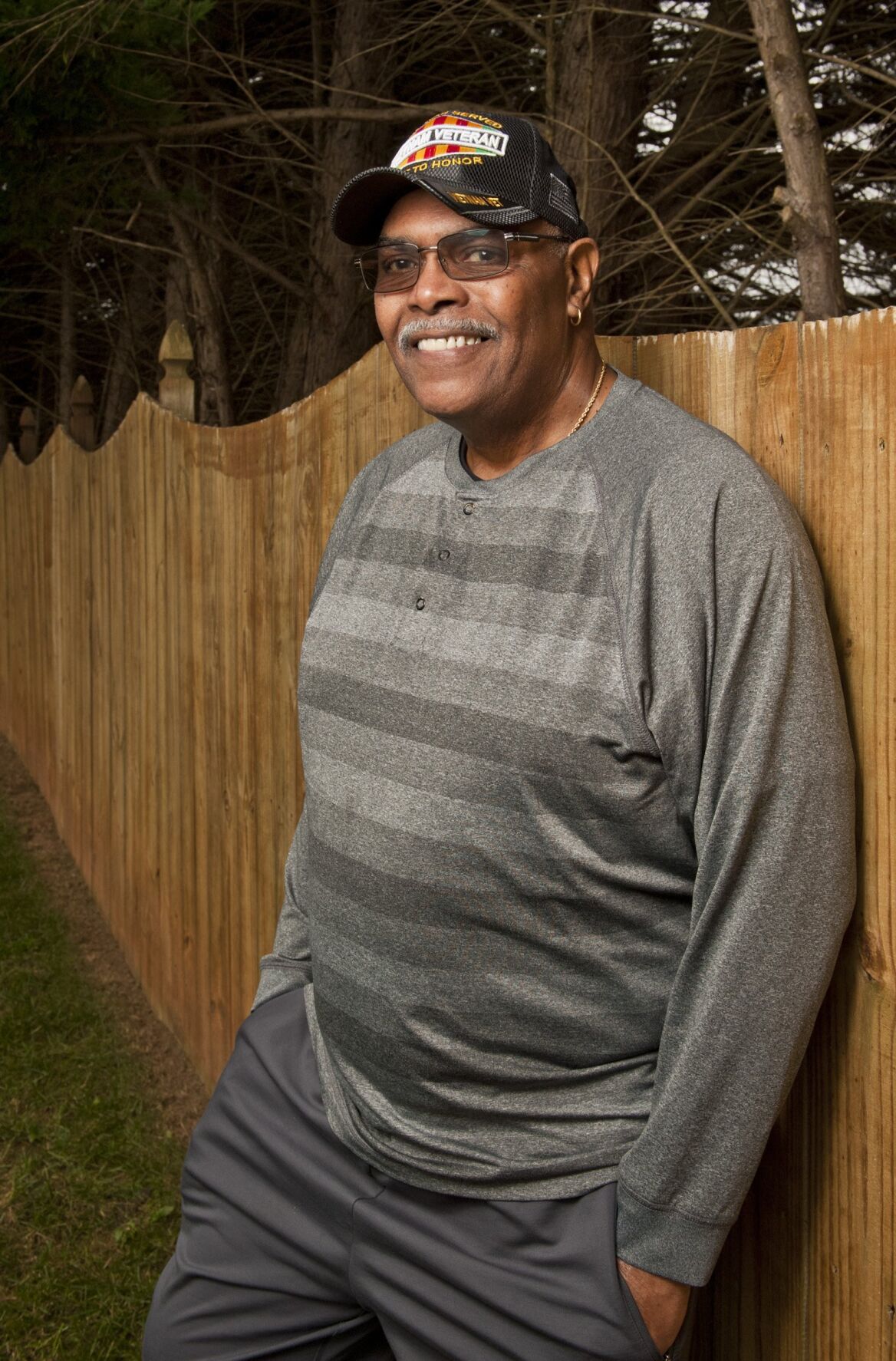 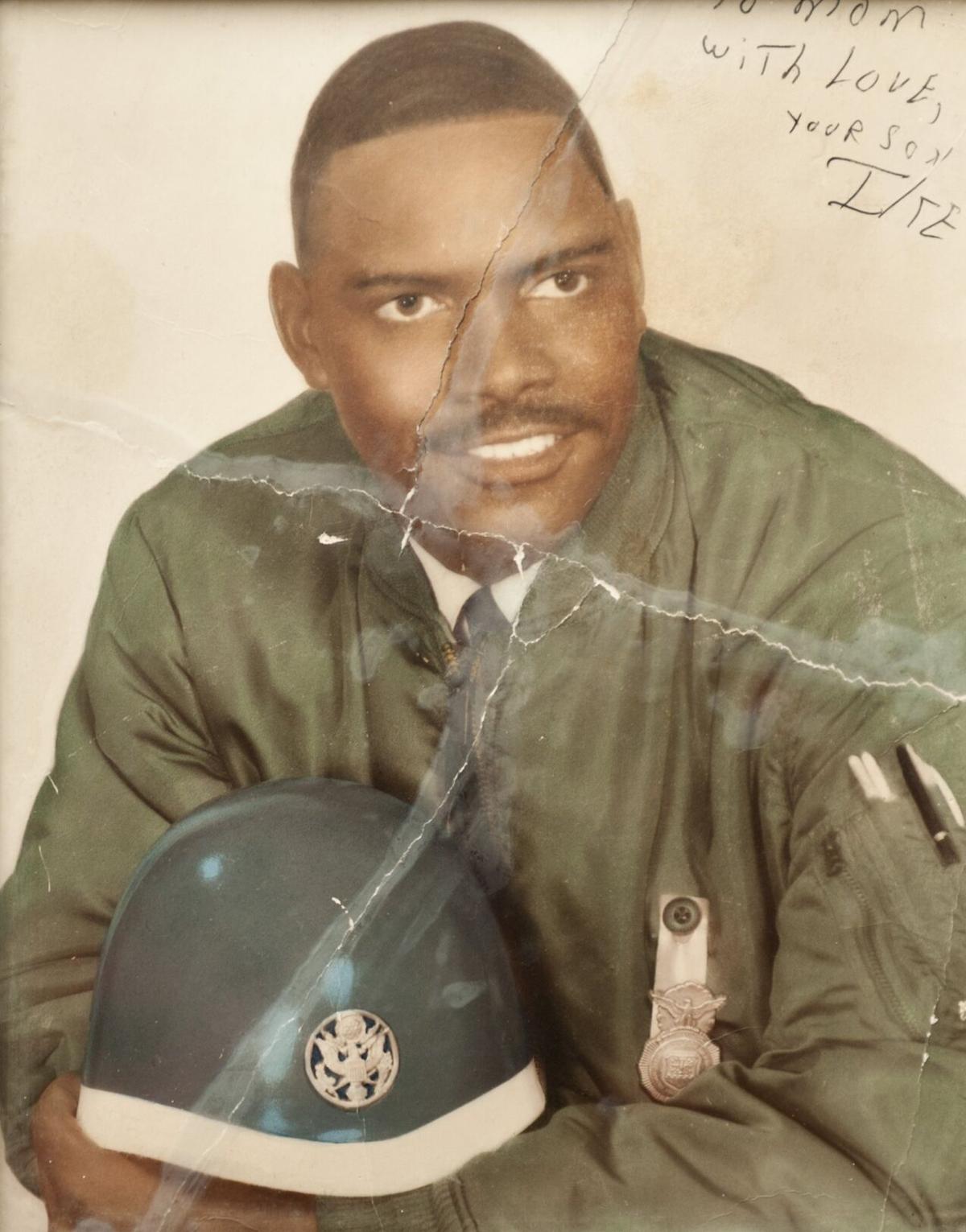 A photo from around 1964 of Winston-Salem native Isaac Sims when he was stationed Greece. Sims was later sent to Vietnam.

Isaac H. “Ike” Sims is humble about his military service, including the time he spent in South Vietnam during the Vietnam War.

“It’s not something that I ever talked about,” Sims said.

During the war, he was decorated after he was wounded as he helped rescue the crew of a reconnaissance plane that had been shot down.

A native of Winston-Salem, Sims grew up in what city residents called the “Pond,” in a home on Clark Avenue near Kimberly Park.

Winston-Salem was a segregated city at the time, and Sims attended all-Black Kimberly Park Elementary School and then Paisley High School on Grant Avenue.

“I grew up in racism,” Sims said. “It was a different time.”

As a high-school graduate, Sims had four career paths that he could follow, he said.

Sims said he didn’t want to work at R.J. Reynolds or Hanes Hosiery.

Sims talked to Clarence “Bighouse” Gaines, the legendary men’s basketball coach at Winston-Salem State University who also was the school’s football coach in 1964.

“Bighouse Gaines talked to me about attending Winston-Salem State on a football scholarship,” Sims said. “But my high school grades were not good enough at the time.”

Sims had played football at Paisley High as a center and a linebacker.

Sims decided to join the Air Force the day he turned 18, following his brothers who were in the U.S. Army, the Navy and the Marine Corps, he said. Sims saw that as a way to further his education.

There was a military draft in the country during the 1960s.

“The draft was not a big to do,” Sims said. “Everyone when you turned 18, you had to register for Selective Service.”

Sims registered for the Selective Service at the old U.S. Post Office on West Fifth Street, and then joined the Air Force. Military recruiters were in the post office.

After he completed basic training at Lackland Air Force Base in San Antonio, Texas, Sims was sent to Randolph Air Force Base at nearby Universal City, Texas.

Sims was initially trained as a military police officer. He was later trained as a special investigations’ security specialist. As an airman third class, Sims was deployed in January 1965 to the Greek island of Crete in the Mediterranean Sea.

The U.S. military was working with Greece, a member of NATO, with its military operations, Sims said.

Sims was one of 20 U.S. Air Force security people who guarded nuclear bombs supplied to Greek planes on Crete, he said. In total, 100 U.S. military personnel were assigned to Crete during Sims’ one-year stay on that island.

Sims has vivid memories of his time on Crete, including traveling to Hania, Crete, which was about 20 miles away from where he was stationed.

Sims and his fellow airman would visit the town, walking the streets and “do things that GIs would do” while wearing civilian clothes, Sims said.

Sims developed a taste for Greek food and ouzo, a Greek liqueur, “which would put you under the table,” he said.

After he left Crete, Sims was assigned to Langley Air Force Base in Hampton, Va., where he received intelligence and investigations’ training, he said.

Later in 1965, Sims returned to Randolph Air Force Base in Texas, where he was trained in jungle warfare, and he was then assigned to serve in South Vietnam during the war.

Sims and other members in his unit didn’t know where Vietnam was and didn’t know much about the war taking place there.

“Most of us hadn’t even heard of Vietnam,” Sims said. “Most of us never talked about it. We found it on a map and a globe that it is in Southeast Asia.”

After a 17-hour trip on a C-141 military jet, Sims and his unit landed at Tan Son Nhut Air Base in Saigon, the capital of South Vietnam.

Sims said he realized that he was in trouble as soon as he stepped off the plane. Sims and the members of his unit could smell the remnants of combat — cordite, gunpowder and blood.

In the war, U.S. forces fought against the Viet Cong insurgents or guerillas in South Vietnam. The U.S. military also supported the Army of the Republic of Vietnam.

Sims later was assigned to Phan Rang Air Base, which was about a four-hour flight from Saigon, Sims said. His unit was assigned various duties, including assisting high-ranking Air Force officers and an international intelligence team.

The U.S. Army’s 101st Airborne Division as well as Australian forces and South Korean marines were assigned to Phan Rang Air Base during Sims’ time there, he said. Sims was an airman second class in 1966.

“There was a lot of stuff going on,” Sims said. “Every day and every night, you constantly heard the mortars and the artillery. You learned to sleep through noise.”

Sims remembers when his unit killed six infiltrators who gained access to the base, and three of those infiltrators were Vietnamese civilians who had worked at the base.

“You did what you had to do to survive,” Sims said.

Sims got emotional when he talked about a reconnaissance plane that was shot down. He and other airmen were on a helicopter that was part of the rescue mission to save the plane’s crew.

“We had no idea that it was in a hot area until we got there,” Sims said as he folded his hands and breathed deeply.

Sims said he was wounded in that action, but he didn’t provided other details about what happened. He later received a Purple Heart and the Bronze Star for valor for his actions.

After spending 15 months in South Vietnam, Sims was assigned temporary security duty at the U.S. embassy in Oslo, Norway, for 45 days.

After the Tet offensive in 1968, Sims had a decision to make about continuing his military career. At that time, he was an airman first class.

His commanders had promised Sims if he re-enlisted, Sims would be promoted to the rank of staff sergeant and he would get to choose his assignment, he said.

When the re-enlistment papers were ready for his signature, a colleague urged him not to re-enlist because his friend knew that Sims would be sent back to South Vietnam, Sims said.

Sims took that advice, and told his first sergeant that he would not be re-enlisting, he said. Sims then faced a backlash from the officers in his unit. They threatened to take away his Purple Heart and extend his tour of duty.

“That’s when they turned real ugly,” Sims said. “I caught all kind of hell.”

The Air Force was experiencing a shortage of people in certain career fields at the time, Sims said.

Race relations in the U.S. military, including the Air Force, grew increasingly tense in the aftermath of the assassination of the Rev. Martin Luther King Jr. on April 4, 1968, Sims said.

Officers didn’t allow Black airmen or soldiers to congregate in groups with more than three people after King’s death, he said.

“They were afraid that we were going to do something,” Sims said.

Among his last duties, Sims was assigned to President Lyndon Johnson’s honor guard at Randolph Air Force Base in Texas, he said.

Sims was jailed briefly and questioned by the U.S. Secret Service after he jokingly threatened to shoot off Johnson’s knee cap, he said. When Johnson traveled to his ranch in central Texas, Air Force One would land at Randolph Air Force Base.

At that time, opposition to the Vietnam War was volatile in many U.S. cities. The federal government was lowering the criteria for young men to be drafted, a measure that further divided people about the war.

“We couldn’t wear our uniforms off base,” Sims said. “When I came from Vietnam, I had to wear civilian clothes.”

During his time Randolph Air Force Base, Sims and black airmen faced racism from officers and some enlisted men, he said. A group of white airmen forcefully cut the afro of a black airman who refused to cut his hair, Sims said.

He recalled that an Air Force captain repeatedly called him the “N” word.

After Sims helped a drunken Air Force general avoid charges for having a prostitute in his car, that general got the racist captain assigned to duty in South Vietnam during the war, Sims said.

Sims doesn’t know if that captain survived the war.

After he was discharged from the Air Force, Sims returned to Winston-Salem. He eventually enrolled at Wake Forest University and became, he believes, the first Black Vietnam veteran to attend that school, Sims said.

A prominent white Winston-Salem resident, whom Sims didn’t know, helped him get into Wake Forest, he said.

He graduated in 1975 as he majored in sociology and communications at Wake Forest, Sims said.

After working briefly at Clairol Products and McLean Trucking Co., Sims landed a job as veterans’ services officer in the Ward Federal Building in Winston-Salem.

For 30 years, he helped veterans get their benefits until he retired in 2001.

Sims, who lives in the city’s southern section, said he has seen much improvement in race relations in the Twin City during his life. However, Black and brown people who publicly express themselves get pushback from some prejudiced white residents, Sims said.

“There have been some changes for the good,” Sims said.

Biden says there won't be a gov't shutdown Friday

Biden says there won't be a gov't shutdown Friday

A photo from around 1964 of Winston-Salem native Isaac Sims when he was stationed Greece. Sims was later sent to Vietnam.