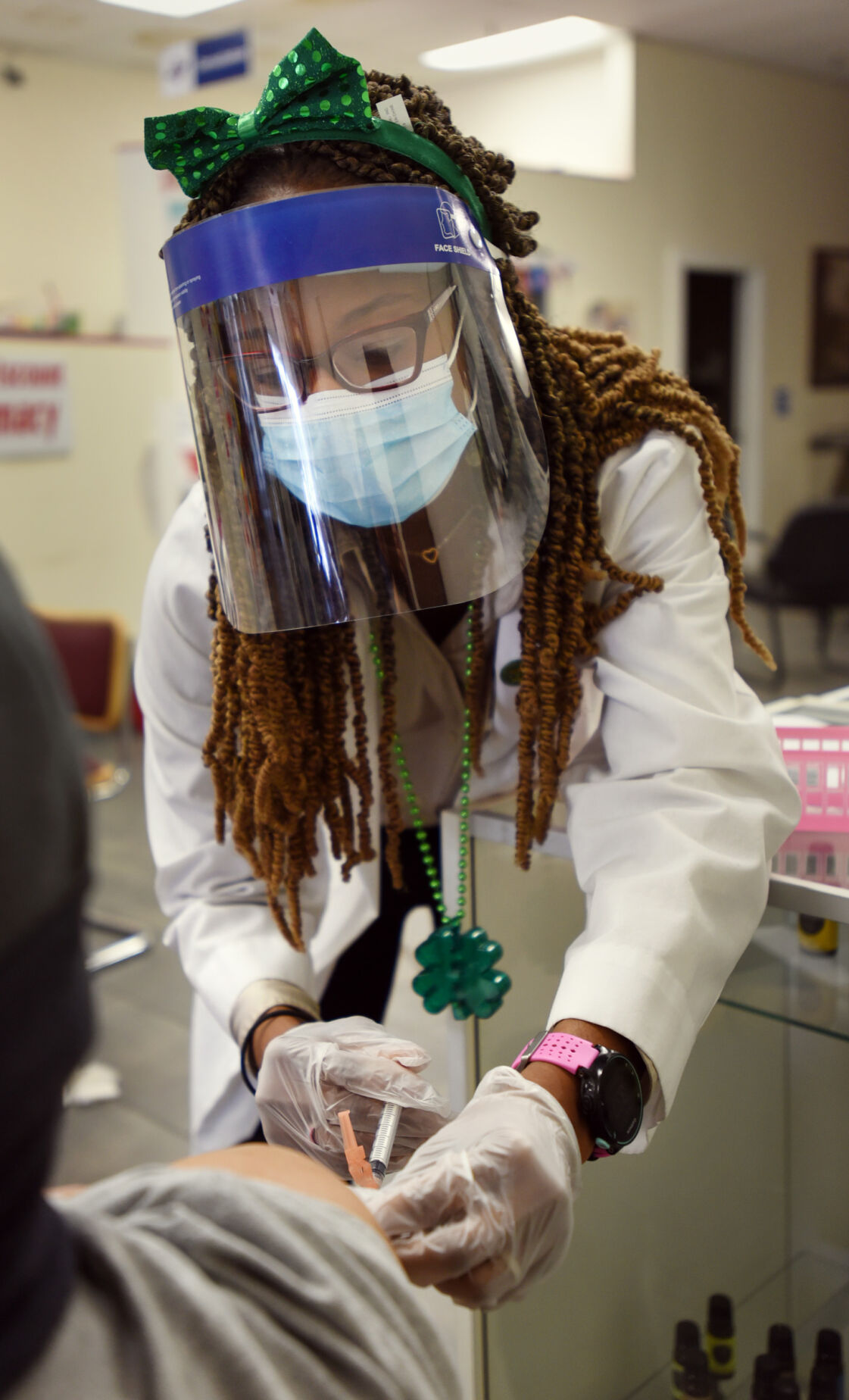 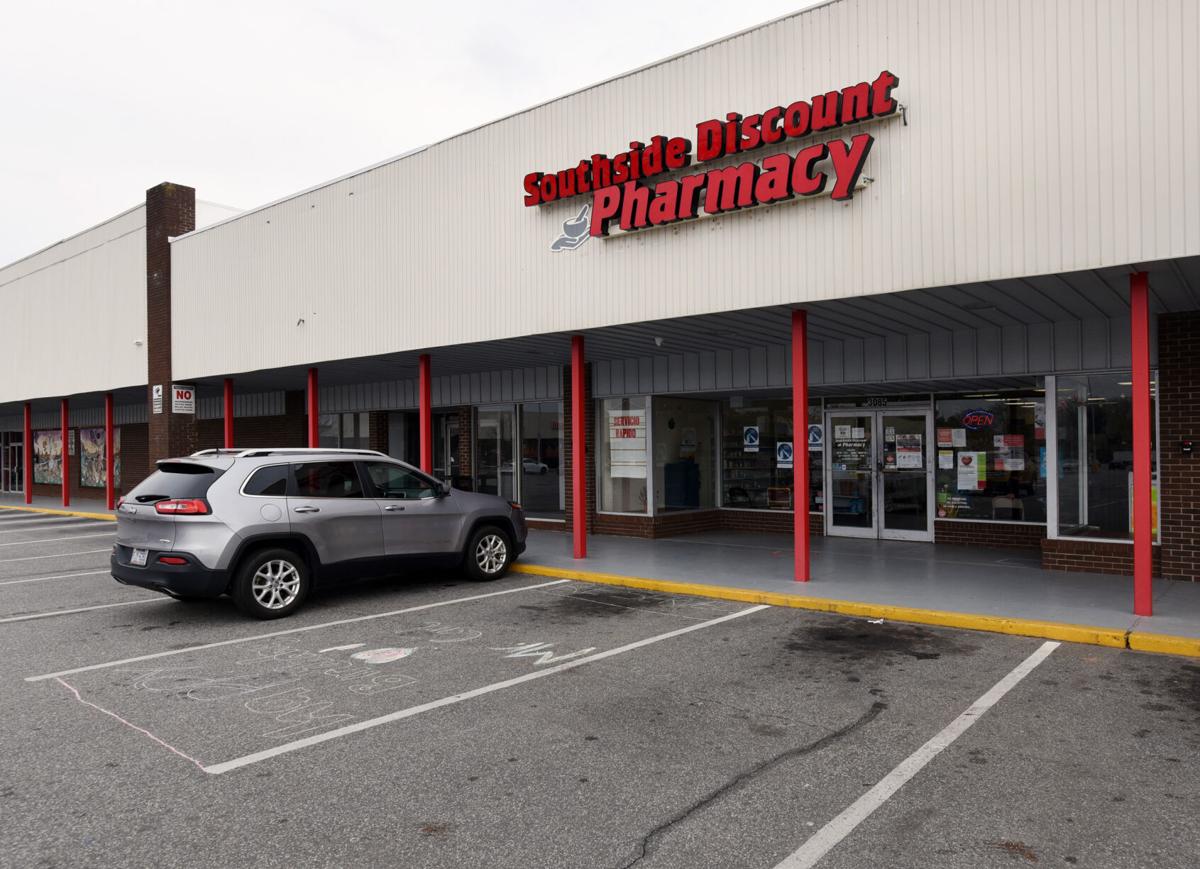 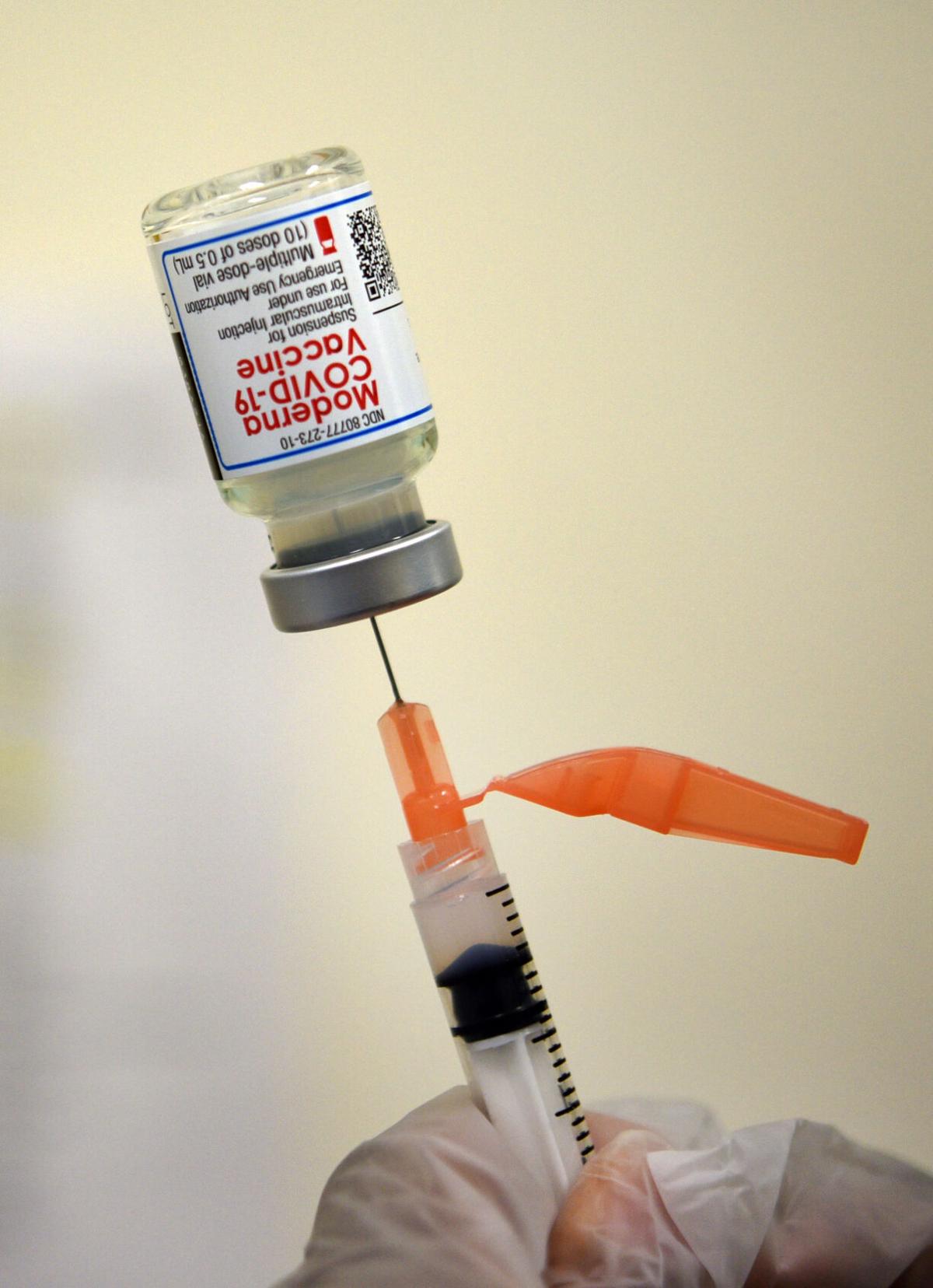 A mid-afternoon rush in the Southside Discount Pharmacy looked and felt like controlled chaos.

Patients, as pharmacist/owner Ahunna Freeman calls people we non-medical types might refer to as customers, arrived in a steady stream from the nearby Waughtown neighborhood.

Nearly all were seeking the same thing — a dose of life-saving vaccine unavailable to many in a part of town where a trip to one of the high-profile mass clinics means a half-day and a couple bus transfers.

Freeman, an immigrant herself from Nigeria, directed traffic, flawlessly switching between English and conversationally solid Spanish.

“I picked it up here,” she said. “Had to so patients could start to trust us.”

That’s key for a community ravaged by COVID-19 and saddled by built-in suspicion. And to even get to the point where she could offer vaccinations, Freeman spent eight weeks navigating a maddening (but wholly necessary) bureaucracy that, until recently, couldn’t offer her the guarantee of breaking even.

“It’s a totally different world,” said Freeman in comparing her small independent pharmacy to the big-box chains. “We knew we wanted to be in a place where there was a need.”

A growing line of people patiently waiting their turns while sitting on second-hand folding chairs spread out through the store indicates that she found the right place.

Other than its prime spot in the SouthEast Plaza, a strip-mall that has benefited from public investment, the most obvious sign that the Southside Discount Pharmacy is no impersonal retailer is displayed on the walls in the form of artwork produced by Freeman’s three kids.

On a recent weekday, the children were busy in the back of the pharmacy. Scottie Freeman, Ahunna’s husband, alternated between helping customers and making sure his offspring were productively occupied.

The Freemans have been hard at work for six years building a business and the requisite trust required to guarantee repeat customers that sustain it.

Ahunna landed here as a pharmacy student at Campbell University working her final, pre-graduation rotation at Wake Forest Baptist Medical Center. She could have gone anywhere to work, but by the time her studies concluded, she’d met Scottie and decided to put down roots. A few years working for a big chain convinced her she could make a go here and have a meaningful impact in underserved communities.

Like any small business, the Freemans experienced growing pains.

“We didn’t fully understand the challenges, primarily the language barrier,” she said.

The ingrained distrust in a community hammered by rhetoric (and worse) aimed at immigrants and the working poor presented obstacles, too. But nothing that couldn’t be overcome.

Understanding the challenges their patients face, the Freemans offered delivery service. Pre-pandemic, Ahunna Freeman would even go to people’s homes to administer flu shots and other vaccines.

And by speaking plainly, in English or Spanish, she gradually won over her neighbors.

“I’m pretty transparent,” she said. “If you have a trust issue, do not let me handle your medications or your health care.”

Near the front of the store, Ernestine Treadwell explained the loyalty Freeman has earned while sitting next to Ernest Gadson, a blind man from the neighborhood she looks after.

“He see doctors at Baptist but that’s hard to get to sometimes,” Treadwell said. “We come here because (Freeman) is so nice. She’s just the sweetest person in the world.”

Strictly on business terms, the arrival of the coronavirus (and the attendant shutdowns) rained body blows on inventory and in-store foot traffic that cushioned bottom lines.

But as difficult as that was for small business owners, the human toll that followed was far, far worse.

It’s no secret — or shouldn’t be, anyhow — that economically disadvantaged communities suffered greatly.

Extended families often live under the same roofs in densely populated neighborhoods. Laborers, retail workers, those in the service industry, didn’t have the option to work from home. Higher-rates of infection and death ravaged some communities worse than others.

Feeding the family or risking serious illness is a brutal choice.

“A lot don’t have health insurance,” Ahunna Freeman said. “They’ll hesitate before seeking help or maybe hide their illness. Families depend on them, and a lot of times, they’re the only ones working.

“They’re human, too, and their anxiety was to the max.”

The emergence and promise of vaccinations seeded hope in Waughtown, just not at the same scale (or pace) as in more affluent neighborhoods where access to medical care is assumed.

Seeing — and feeling — the anxiety of patients drove Freeman earlier this year to begin the paperwork required before getting the state’s approval to administer approved COVID-19 vaccinations.

Eight long weeks of dotting I’s, crossing T’s and doing everything in triplicate lay ahead. Once approval came, there were checklists, training and hiring to go through as well.

But for Ahunna Freeman, 37, there was no choice.

Even as the light at the end of the proverbial tunnel made its way to the Southside Discount Pharmacy, infections — and tragedy — continued.

One young man, a primary breadwinner whom Freeman had come to call a friend, contracted the virus and died a few short weeks before the first doses were shipped to her store.

“He was waiting for his (age) group and hoping we’d get the vaccines,” she said. The man tried fighting the disease on his own, but COVID-19 has no regard for individual lives. His mother, Ahunna Freeman said, broke the news over the phone.

“He’s never going to walk through that door again. It’s hard,” she said, tears rolling behind her mask. “I think we’re all afraid. It made us work harder to try and get it.”

The approval came earlier this month, and through midweek last week, Freeman and her staff had administered more than 400 doses to familiar and trusting faces.

That’s great news for public health. Nearly as good for the Freemans’ pharmacy was word last week that the government reimbursement rate, through the passage of the CARES Act, would increase from $16 per dose to $40.

That bump has every chance of helping a small business stay afloat. Just because Southside has been approved to administer shots didn’t decrease the stress or paperwork. Every dose has to be documented for state agencies, no small feat for a mom and pop hustling just to get vaccines into arms.

“We were barely at a break-even point but we haven’t had enough time yet to even figure it all out yet,” Ahunna Freeman said.

But that was never her primary aim. Protecting her customers while providing affordable, quality health-care was.

“I know that was my thinking, get it to as many people as possible,” she said.