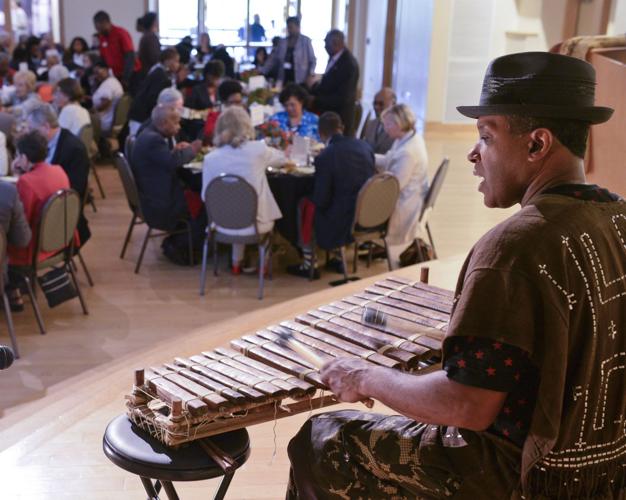 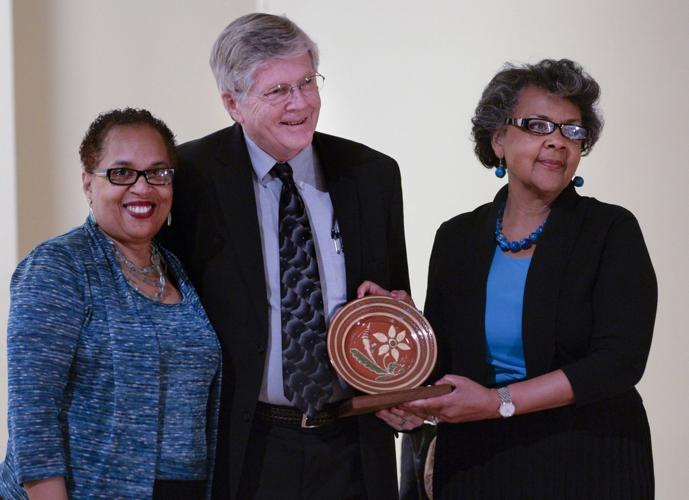 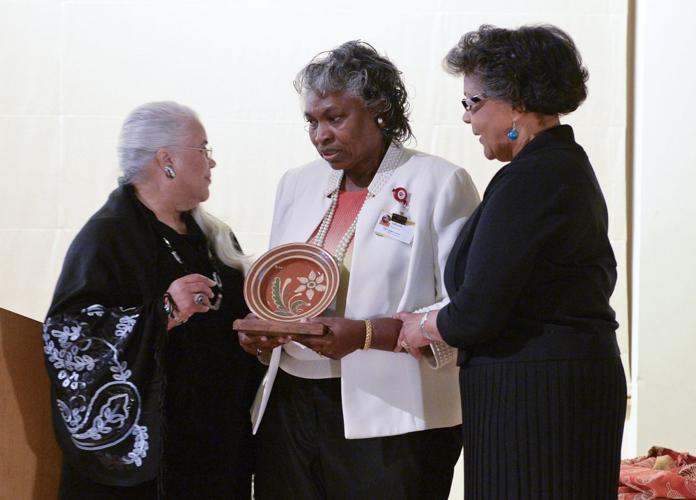 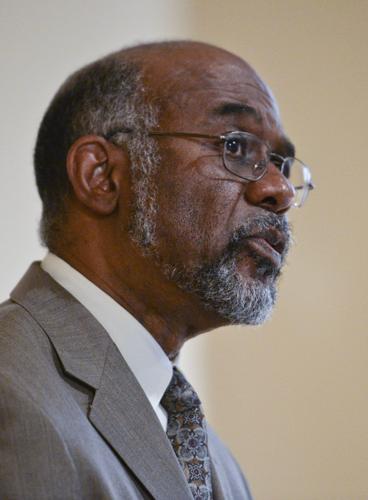 The words of freed slaves expressing their joy, sorrow and faith resonated at a luncheon Thursday to celebrate the end of slavery in 1865.

About 160 people attended luncheon held at the Old Salem Visitor Center and sponsored by the St. Phillips Heritage Center at the Old Salem Museum and Gardens and Winston-Salem State University.

The luncheon commemorated the 150th anniversary of Juneteenth, the country’s longest-running observance of the abolition of slavery.

Juneteenth marks the day, June 19, 1865, that the last group of slaves in the United States — in Galveston, Texas — learned that they had been freed. President Abraham Lincoln had signed the Emancipation Proclamation on Jan. 1, 1863.

The St. Phillips Heritage Center recently celebrated the 150th anniversary of when a Union cavalry chaplain told the blacks gathered inside St. Phillips African Moravian Church in Salem on May 21, 1865, that they were free, based Lincoln’s proclamation.

In his 26-minute speech, Hildebrand read an ad from a black newspaper in Raleigh in April 1866 from Hagar Outlaw, an elderly former slave who was looking for at least of five of her children who had been sold during slavery from their Wake County home.

“She wanted to see her children before her life was over,” Hildebrand said.

In the ad, she mentioned her former master, Hugh Outlaw, whom Hildebrand said likely knew where her children were living.

The ad asks Hugh Outlaw to tell her children that their mother was still alive, Hildebrand said.

“In that simple sentence, I heard that woman say to former master and the whole system of slavery … that ‘you have done your worse to me, but I’m still here,’” Hildebrand told the audience. “My humanity and love for my children cannot be destroyed.”

“We celebrate the end of slavery,” Harry said. “But to hear the actual words of what people were saying was very interesting and compelling.”

During his speech, Hildebrand said that black slaves in the South prayed daily to God to be delivered from bondage. After the war ended, and the Union Army enforced the Lincoln’s proclamation, newly freed blacks realized their lives would be difficult with successes and failures.

Hildebrand also read a letter from a black minister in Raleigh who wrote about 3,000 blacks there who celebrated Fourth of July in 1865 for the first time as a free people.

Finally the phrase, “All men are created equal,” in the Declaration of Independence rang true for the black residents, Hildebrand said as he quoted from the minister’s letter.

Cheryl Harry, the director of African American programs at Old Salem Museum and Gardens, talks about the Juneteenth luncheon Thursday in Wi…