© 2021 Lee Enterprises
Terms of Service | Privacy Policy
Share This
Kernersville man indicted on charges he kidnapped and killed a woman in 2019. Authorities were led to her body after he told police in DC that he had killed the woman and left her in North Carolina.
0 comments
Share this
{{featured_button_text}}

A Kernersville man was indicted Monday on allegations that he kidnapped a woman, stabbed her to death and then drove to Washington, D.C., where he admitted the crime to police there.

Jaron Allen Kubler, 30, of Loradale Drive, was indicted on charges of first-degree murder, first-degree kidnapping and obtaining property by false pretenses. The indictment for obtaining property by false pretenses alleges that Kubler tried to pawn a laptop and other items belonging to his employer for $250. The indictments move the case to Forsyth Superior Court, where either a trial date will be set or a plea arrangement will be negotiated. It will likely take months before the case is resolved.

Authorities were led to her body after Kubler told police in Washington, D.C., that he had killed a woman and left her body at his apartment. According to an autopsy report, Dubuque died from multiple stab wounds to her head and neck. Kubler also faces a misdemeanor soliciting prostitution charge.

Search warrants allege that Dubuque worked as a prostitute and that Kubler had paid to have sex with her on several different occasions. Search warrants said that a sheriff’s deputy who went to the apartment found Dubuque with a towel covering her face.

Deputies also found “multiple types of drug paraphernalia and powdery residue suspicious for an illicit drug” in the apartment, according to the autopsy report.

About 2 a.m. Jan. 6, Kubler approached officers with the Metropolitan Police Department and told them that he had killed a woman in North Carolina. Those officers immediately contacted the Forsyth County Sheriff’s Office. Deputies were then sent to Kubler’s apartment, where they found Dubuque’s body.

According to search warrants, investigators found two cell phones — one belonging to Dubuque and the other belonging to Kubler — on the bed, along with a knife. Authorities said in the search warrants that they believed the knife was the murder weapon.

Deputies, however, seized two knives from the apartment — a black handle pocket knife and a bone-handle knife with a sheath. The search warrants didn’t say which knife investigators found on the bed.

Investigators also sought to search the laptop computer Kubler is accused of pawning at a pawn shop in Kernersville, though the laptop did not belong to him.

Detectives with the sheriff’s office have also searched his car, a 1997 White Pontiac Grand Prix, for a bloody shirt Kubler told investigators he was wearing before he changed into a cleaner one. It’s not clear if they found the shirt.

Kubler served a maximum of four years after he was convicted of assault with a deadly weapon, inflicting serious injury in Greene County. He was originally charged with attempted first-degree murder. He also served nearly six years for an armed robbery conviction in Rockingham County.

Kubler is in the Forsyth County Jail with no bond allowed. 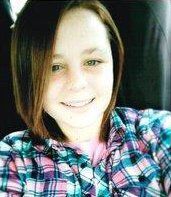 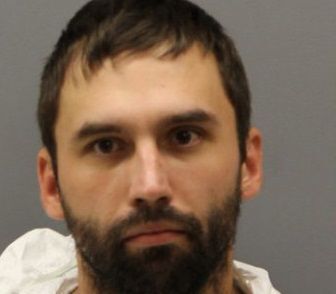