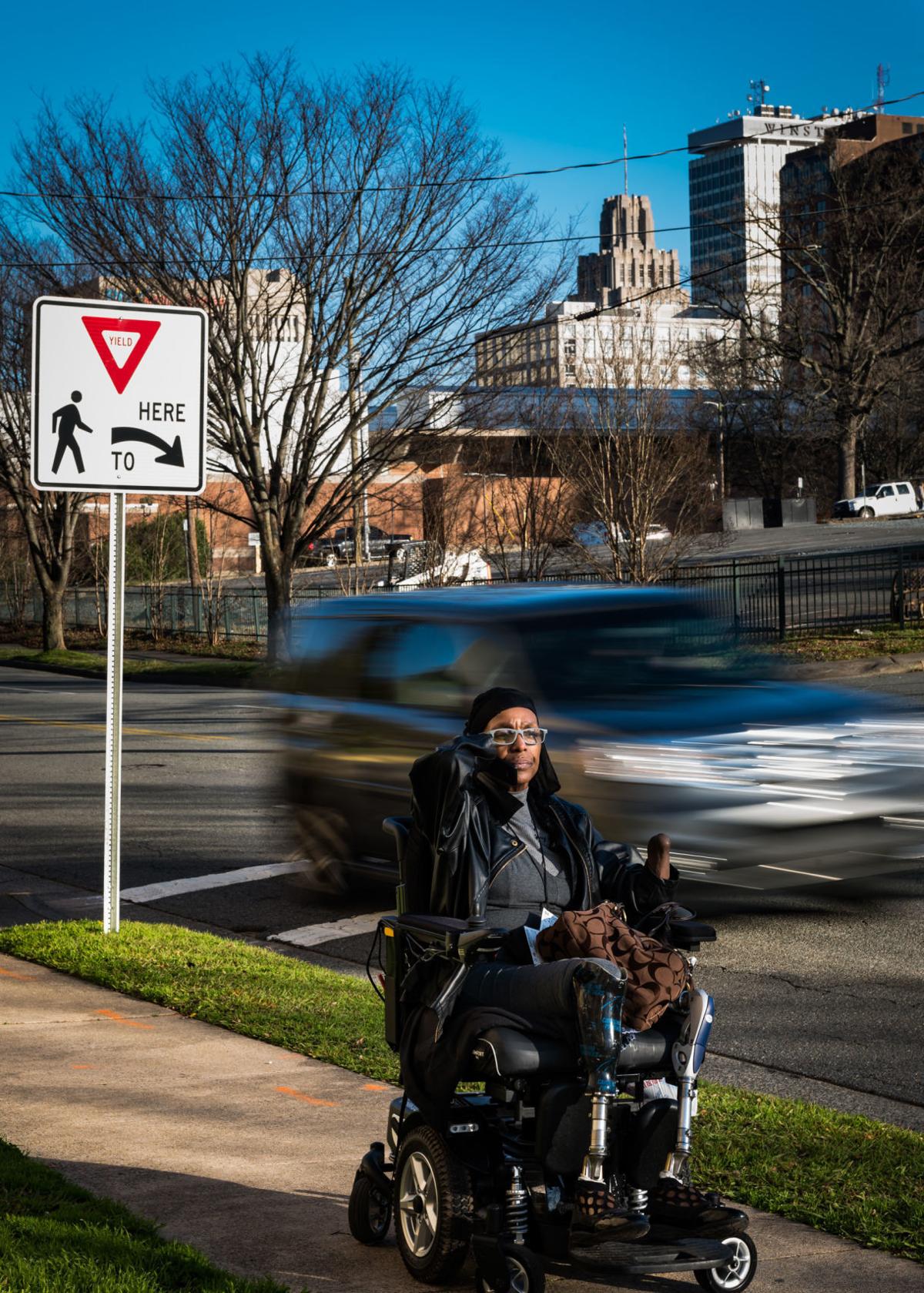 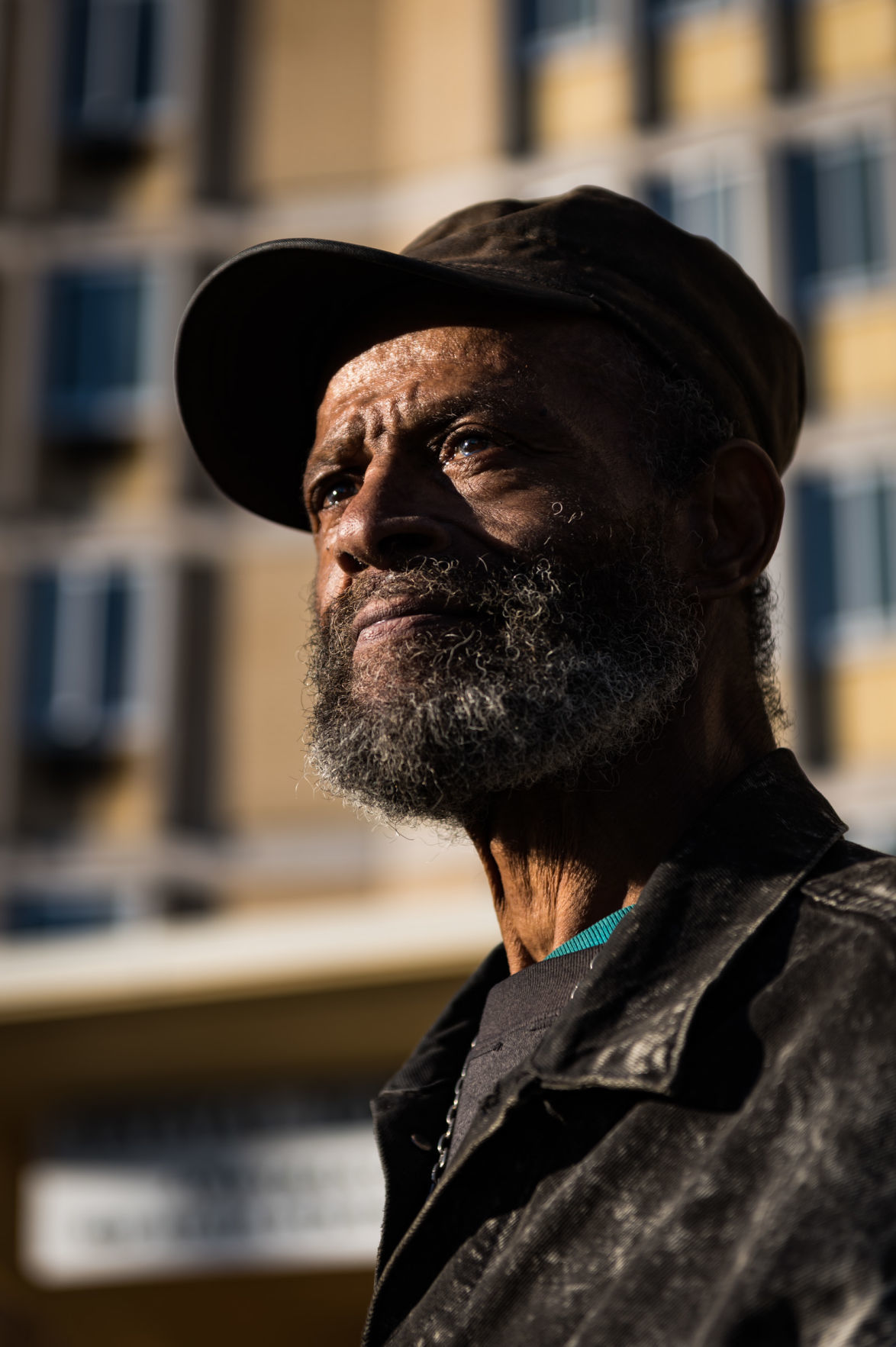 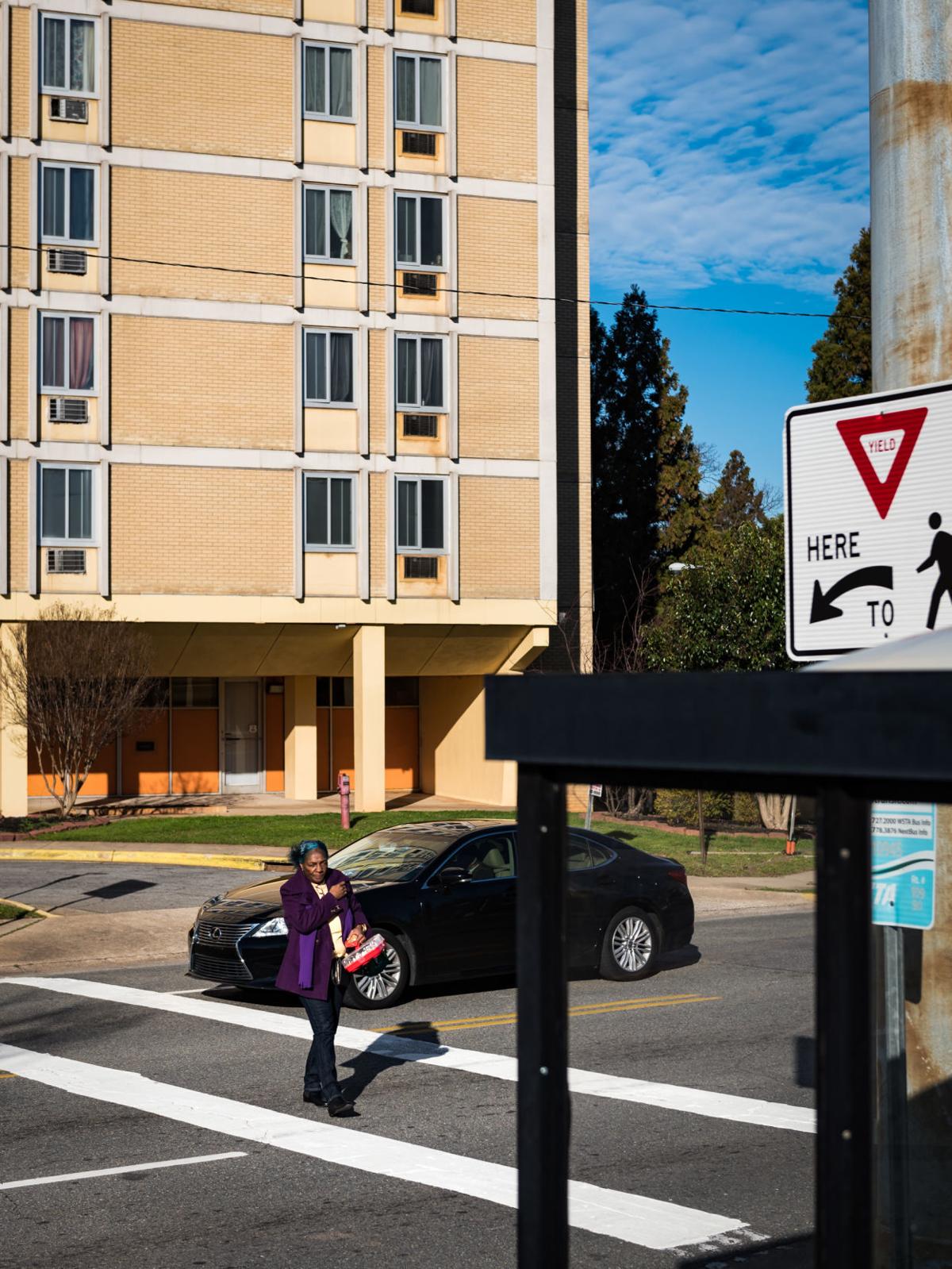 Virginia Lee, a resident at Crystal Towers, crosses four lanes of traffic from Crystal Towers to the bus stop on Friday, Jan. 17. Lee was on her way to visit family. 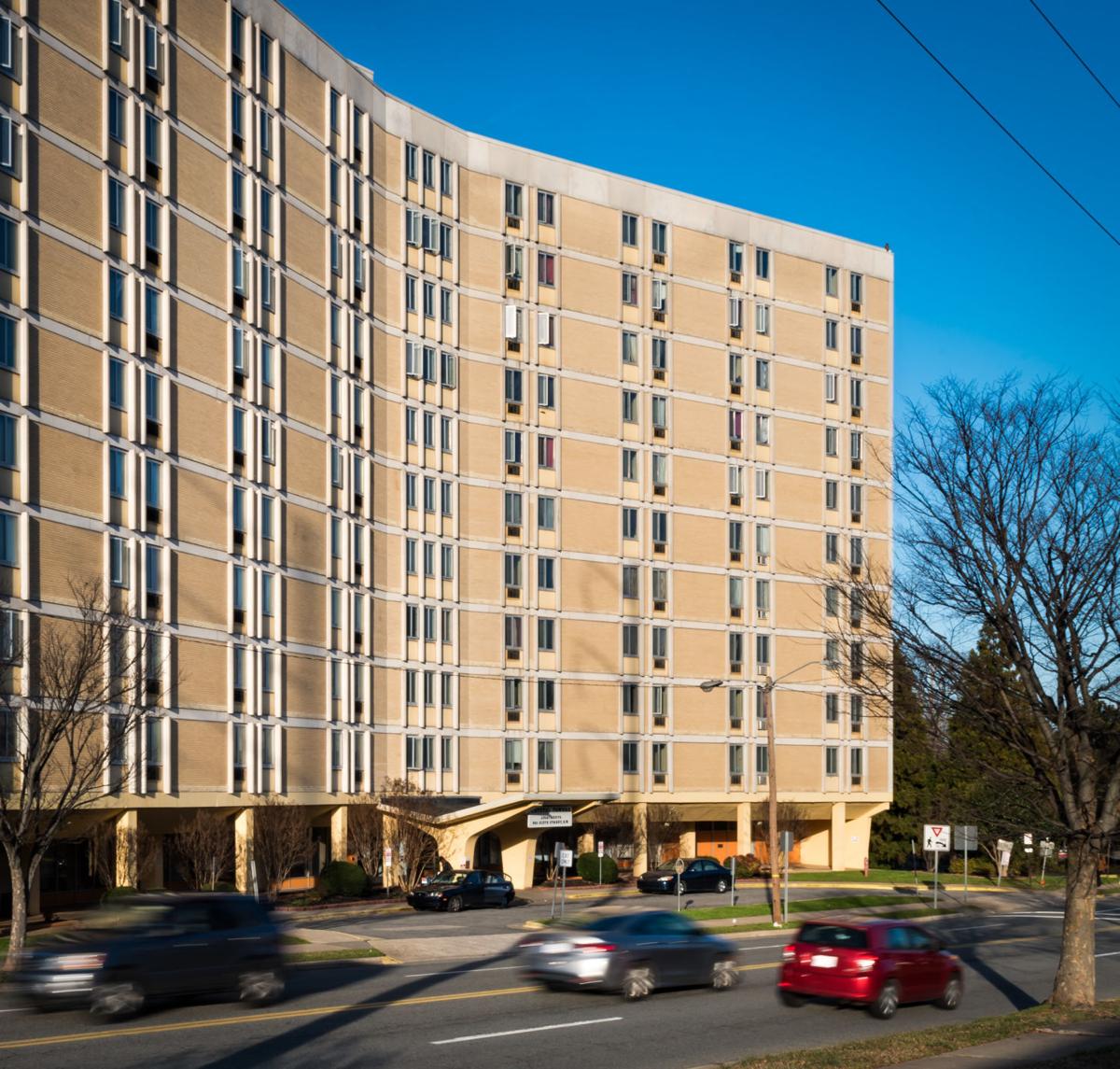 Crystal Towers as seen from across four lanes of traffic on Sixth Street on Friday, Jan. 17 in downtown Winston-Salem. Many Crystal Towers residents struggle with crossing the busy road. The city has plans to reduce Sixth Street from four lanes to three as a way of calming traffic and making it safer for pedestrians.

A road diet is coming to Sixth Street later this year, promising relief to pedestrians who struggle to make it across from Crystal Towers to the bus stop and other places on the south side of the street.

What's a road diet? It's when highway officials reduce the number of lanes on a road in hopes of improving safety.

Sixth Street has four lanes in between Spruce and Spring streets. Under the plan, Sixth Street would be reduced to three lanes in that stretch, with a central turn lane most of the distance.

An exception will be in front of the Crystal Towers public housing tower. There, a concrete island will provide a place for pedestrians to pause while attempting to cross the busy street.

"As it stands right now, some of these cars are heedless," said Samuel Grier, a resident of Crystal Towers. "A narrowing of the road will help."

Grier and other residents of Crystal Towers went to a meeting of the Winston-Salem City Council's Public Safety Committee last December to appeal for traffic relief. Residents have formed their own group, Crystal Towers United, to advocate on issues of importance to the residents.

One of those who spoke, Deborah Watkins, uses a wheelchair. She talked about the challenge of making it across four lanes of speeding traffic.

"They don't stop, they don't even slow down," Watkins said, speaking of the auto traffic. "At any crosswalk, they don't pay attention to you. The people in that building don't know how to get across the street. They have to really duck and dive to get to the bus stop. It is really scary."

A crosswalk crosses Sixth Street directly in front of Crystal Towers, but it has no signal to stop traffic. If residents want to cross with a signal, they have to walk a block east and cross at the intersection of Sixth and Spruce streets with West End Boulevard.

Crystal Towers provides public housing to the elderly and people with disabilities. Some residents use wheelchairs or have other mobility issues that limit their ability to make a speedy crossing.

"Crossing that street is a problem," resident Sarah Middleton told the council in December. "I walk with a walker. We have to act like we are on an expressway. They won't stop for you. They speed up."

The approaches to the Crystal Towers crosswalk have yellow warning signs that a pedestrian crossing is there. More recently, the city installed new signs immediately beside the crosswalk telling motorists to yield.

Part of the problem is the slight hill that Sixth Street crosses to the immediate west of Crystal Towers. It delays the time for drivers to see pedestrians and for walkers to see if a car is coming.

The island planned for the crossing should help, officials said.

The work can take place later this year because the reopening of Business 40 as Salem Parkway should eliminate the need to have four open lanes of traffic on Sixth, said Jeff Fansler, the city's assistant transportation director.

In addition to the road diet, the work is expected to allow for the creation of bike lanes for Sixth, Fansler said.

Close to 6,000 cars a day use that portion of Sixth Street, city traffic counts taken before the Business 40 closure showed.

"Analyzing capacity, we determined that we don't need four lanes on Sixth Street once Business 40 reopens," Fansler said. "This is an effort to do a better job for pedestrian needs in the area."

Virginia Lee, a resident at Crystal Towers, crosses four lanes of traffic from Crystal Towers to the bus stop on Friday, Jan. 17. Lee was on her way to visit family.

Crystal Towers as seen from across four lanes of traffic on Sixth Street on Friday, Jan. 17 in downtown Winston-Salem. Many Crystal Towers residents struggle with crossing the busy road. The city has plans to reduce Sixth Street from four lanes to three as a way of calming traffic and making it safer for pedestrians.