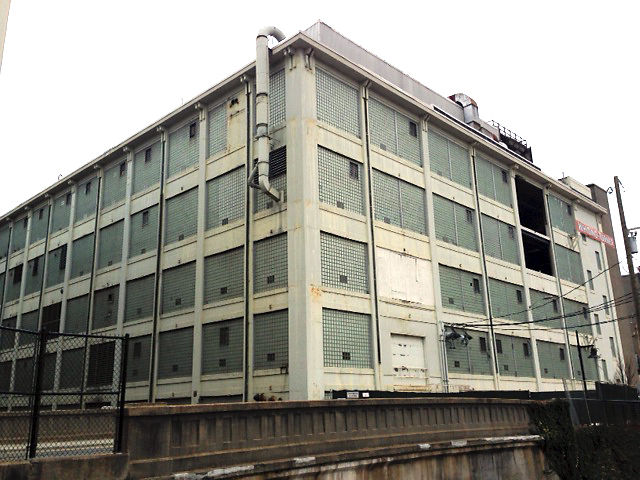 Construction on the 283,000-square-foot Plant 60 facilities begins immediately. The educational facility will occupy 168,000 square feet, while offices, labs and possible retail will comprise 115,000 square feet of the facilities.

Officials said $50 million of the financing will come from historic tax credits and $50 million as part of a larger capital campaign publicly launched next summer.

Construction on the 283,000-square-foot Plant 60 facilities begins immediately, with plans for it to be ready for medical students in July 2016. The educational facility will occupy 168,000 square feet, while offices, labs and possible retail will comprise 115,000 square feet of the facilities.

The building is being developed in partnership with Wexford Science & Technology LLC, which handled three other projects in the research park. Wake Forest Baptist initially will lease the property, but has plans to purchase it.

Officials at Wake Forest Baptist, which has been landlocked on its main campus, have longed for years to expand its research and medical school education sectors. The medical school has been in the Bowman Gray building since 1969.

The system completed step one in February 2012 with the debut of Wake Forest BioTech Place, also a $100 million project.

Dr. Edward Abraham, dean of the Wake Forest School of Medicine, said the decision to move the facility downtown “has been in play for years. The Gray building space wasn’t providing the environment for contemporary medical curriculum we needed in the future.”

Abraham said having the medical educational facility and BioTech Place so close together will serve as an attractive recruiting tool within “an incredibly competitive environment for recruiting the best and brightest.” The medical school accepts 120 students out of about 8,000 applicants annually.

Abraham said the Gray building space will continue to be used for faculty laboratory space and offices.

Abraham acknowledges it will be an emotional experience, particularly for alumni, in moving the educational aspect of the medical school to downtown.

“But our alumni are enthusiastic about moving into the new building, having seen what has been done here already,” Abraham said. “They certainly understand the need for new and bigger space.

“The new facility will allow our students to train in the most current settings for clinics and exam spaces, and with the latest technologies used in patient care.”

Capital investments in the park have been more than $600 million over the past five years, including $250 million associated with BioTech Place, the Inmar Inc. headquarters and the 525@Vine building.

Eric Tomlinson, president of the research park, said that when the medical educational facility is open, there will be about 5,000 people employed or being educated there.

Officials acknowledged the timing of the project launch was spurred by the Dec. 31 expiration of historic preservation tax credits for income-producing buildings. State legislative leaders chose not to include an extension in the state budget for 2014-15.

US Bancorp invested up to $18 million and Blue Cross Blue Shield of N.C. invested up to $16 million toward the cost of building BioTech Place. Both entities received historic preservation tax credits for their investments.

Of the money raised, $400 million is earmarked for the medical center.

“We continue to look to our partners who have helped make an investment in the health of the community, the economic base of downtown Winston-Salem and the future of medicine and innovation in biomedical science and information technology in Wake Forest Innovation Quarter.”

Construction on the 283,000-square-foot Plant 60 facilities begins immediately. The educational facility will occupy 168,000 square feet, while offices, labs and possible retail will comprise 115,000 square feet of the facilities.