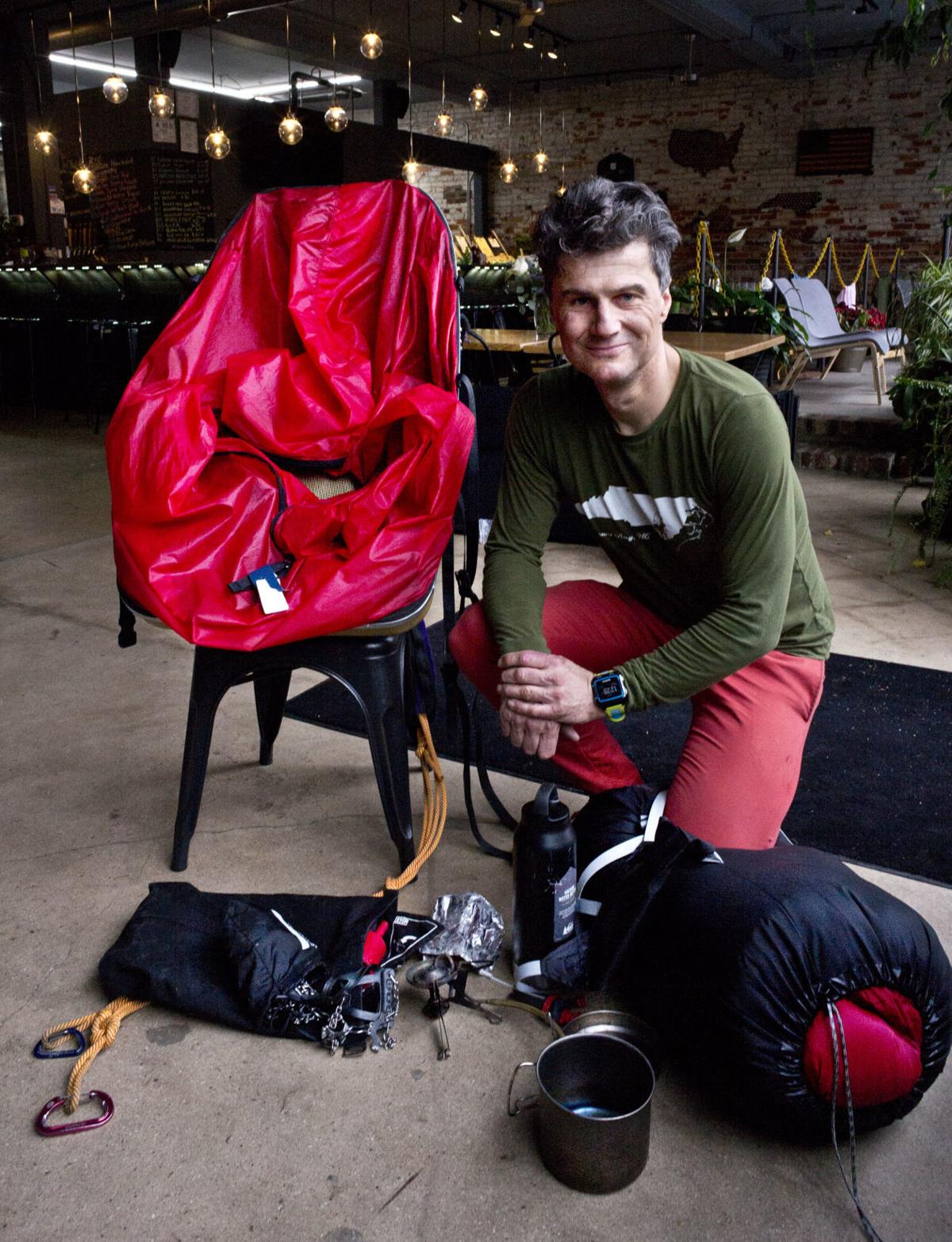 Mount Airy doctor Jan Kriska was the only finisher of the Iditasport Impossible, a 1,000-mile foot race in Alaska that took a month to complete, pulling his gear behind him on a 70-pound sled. He tried the race last year but wasn’t able to finish. 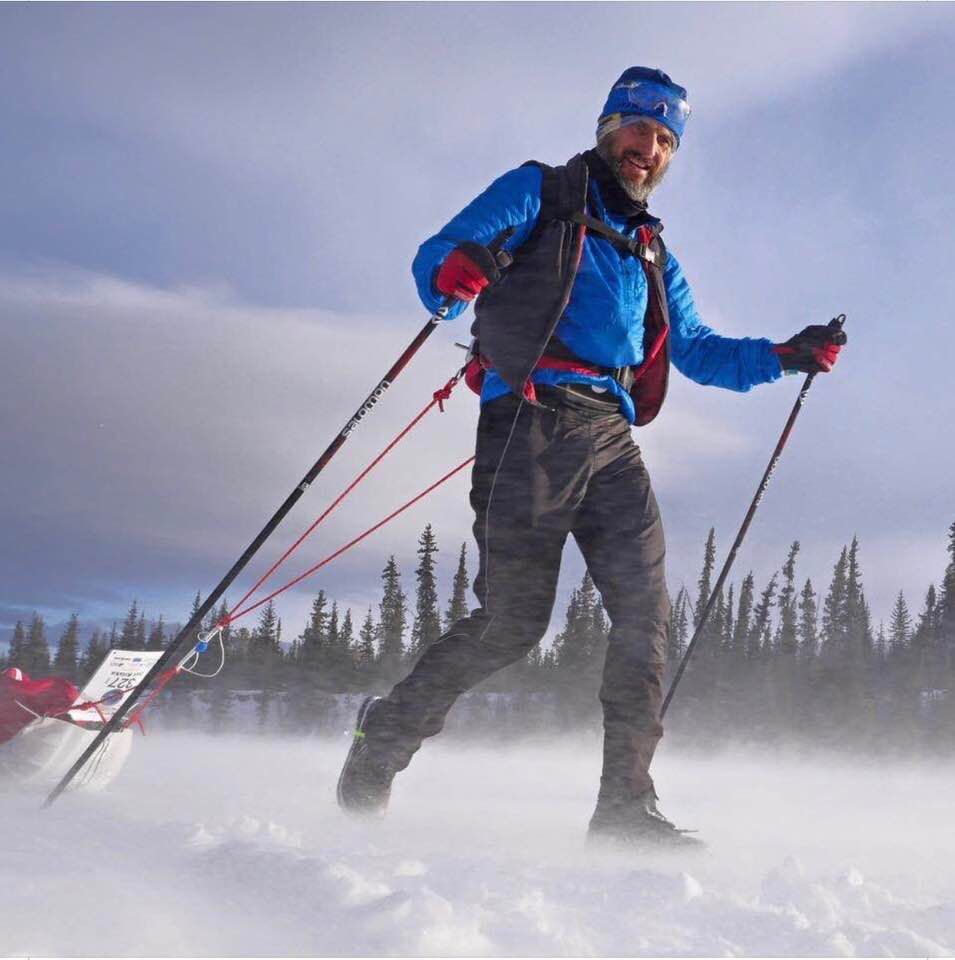 Kriska participates in the Iditasport Impossible, a 1,000-mile race in Alaska. Kriska says he moved about 16-18 hours a day during the race. 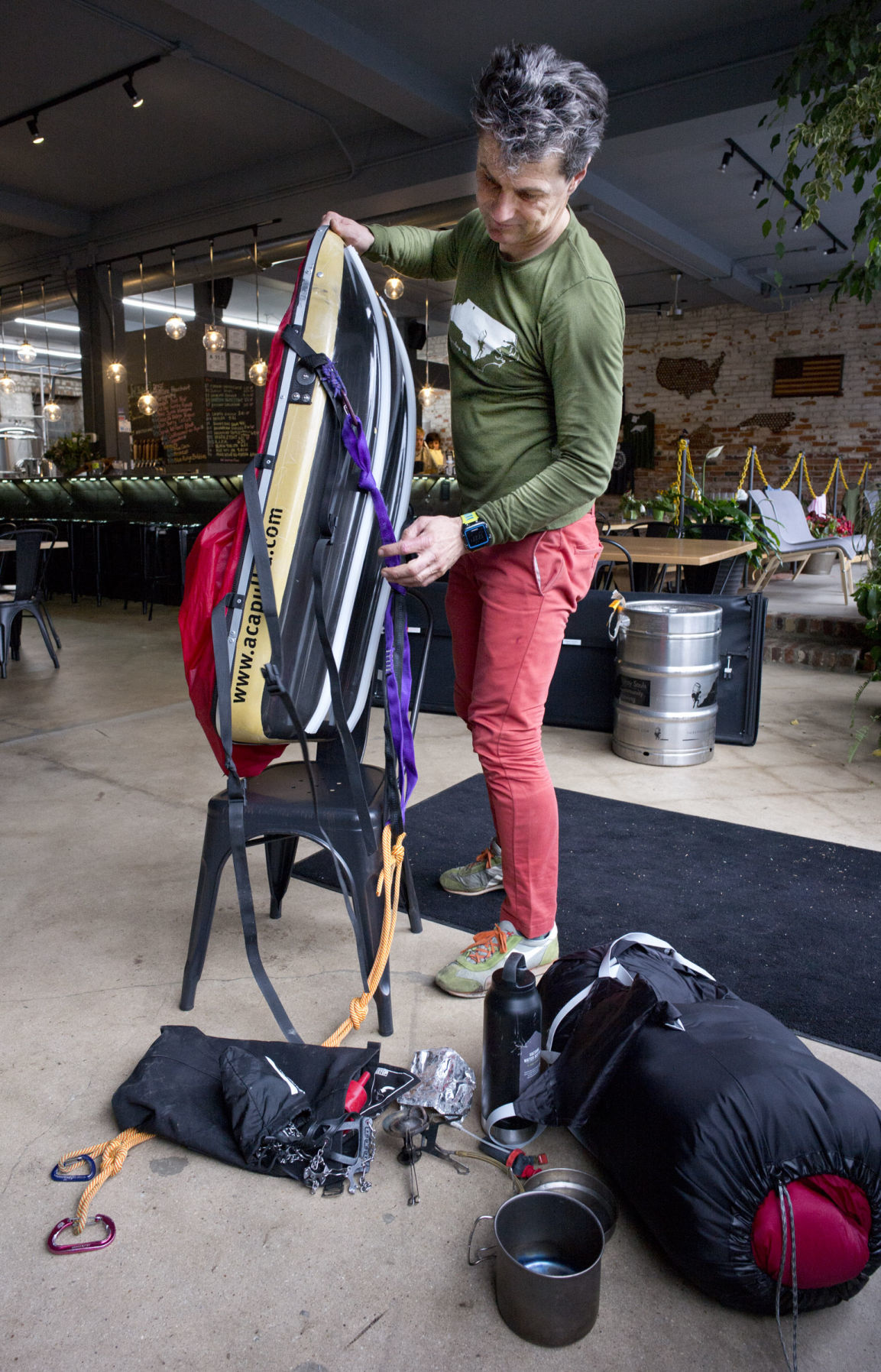 Long-distance runner Jan Kriska holds the small sled and some of the gear he pulled behind him during the Iditasport Impossible, a 1,000-mile footrace across Alaska in February. 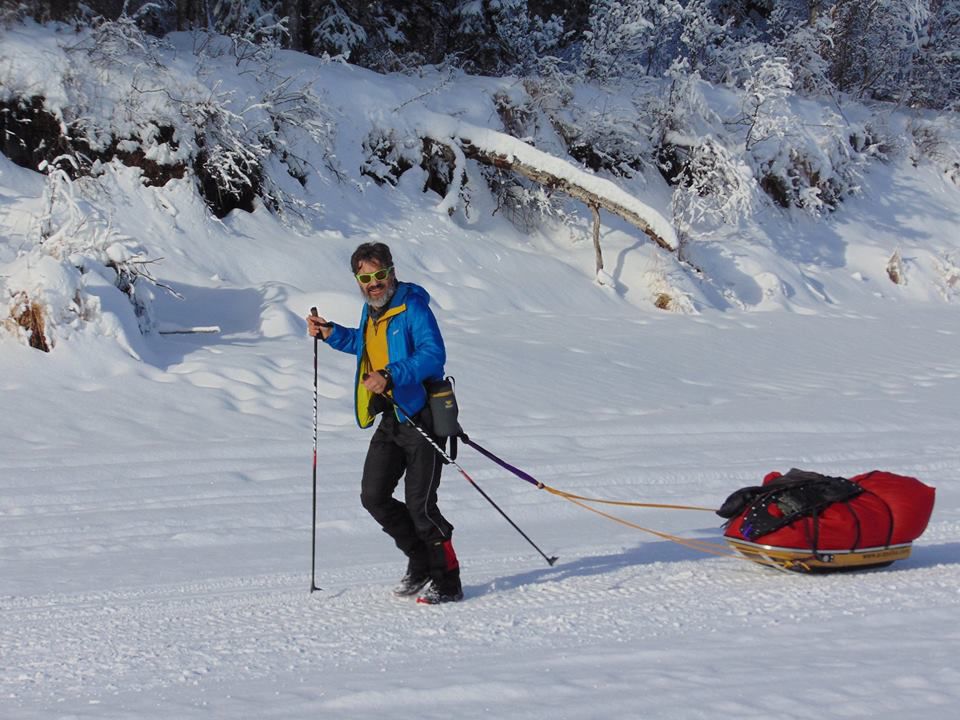 Dr. Jan Kriska participates in the Iditasport Impossible. “The biggest issue is the elements — frostbite, snowstorms, winds, getting lost, running out of food,” said Kriska, 50.

Dr. Jan Kriska’s determination made him the only finisher in the 1,000-mile Arctic ultra marathon.

For 29 days and 20 hours, the steely runner raced through snow-carved paths, pulling a 70-pound sled behind him, which contained all the gear he needed to survive.

“I was moving about 16 to 18 hours a day, usually running about two marathons (26.2 miles) back to back,” said Kriska, a doctor who specializes in sleep medicine. “It’s dangerous and it’s challenging, but you have to complete other winter races to qualify, so normally nobody dies.”

They don’t call it the “Iditasport Impossible” for nothing. The race is an ultimate test of endurance as the world’s longest winter ultra marathon that has only been completed by 15 people.

The distance is roughly equivalent to running from Winston-Salem to Dallas. Just add sub-zero temperatures and blowing snow that obscures the trail markers to the list of the obstacles.

Not for the faint of heart, the race comes with the disclaimer: Due to harsh weather conditions, “you must be prepared to wait 24 hours for help to arrive.”

Kriska said there have been cases in the race’s 20-year history where athletes started hallucinating and wandered off into the tundra due to the exertion and sleep deprivation.

“The biggest issue is the elements — frostbite, snowstorms, winds, getting lost, running out of food,” said Kriska, 50. “If there’s a big storm, you can call for help, but by the time they get to you, you’re probably frozen.”

For Kriska, the race was man against nature and a chance at redemption after dropping out of the race on his first attempt last year.

He made it 600 miles in 2017 before conceding. It wasn’t the frostbite that gnawed through his body that led him to grudgingly concede, but the ulcers on his feet that had eaten down to the bone and posed long-term repercussions.

The temperatures were consistently minus 50 at night and minus 30 during the day, he said.

“When I got to the first village, I didn’t realize how badly frostbitten I was because of the endorphins. Your brain is programmed to do one task, everything else is secondary,” Kriska said. “I knew doing it again this year might not be the smartest, but I had to get it out of my system, slay my demons.”

It took six months for Kriska to recover from his injury, in which time he opened a side business, Thirsty Souls Community Brewing in Mount Airy, in his spare time.

All the while, he kept up his fitness and prepared as best he could for the 2018 race, which began Feb. 19.

“How do you train for a 1,000-mile race where you put in 18 hours of effort a day? It’s virtually impossible,” he said. “Training is mainly mental. You get your equipment and hope it will all work out.”

For 22 days out of Kriska’s 29-day journey it snowed, leading him to use snowshoes that added an extra three pounds to each already weary foot.

But still one of the greatest challenges was the inevitable calorie deficit he faced.

Kriska’s sled was weighed down by three parkas, pots, ice picks, a sleeping bag and other essentials and he was expending more calories than he could possibly take in, he said. He was constantly nibbling quick-energy foods, like dried fruit, nuts, beef jerky and Snickers bars — all of which he had to keep close to his body to keep them from freezing.

“If it’s negative 25 outside, the Snicker’s bar will freeze in a heartbeat and you’ll break a tooth on the frozen caramel,” Kriska said. “With the low temperatures and pulling a sled, my energy expenditure was about 700 to 1,000 calories an hour. Do that 16 to 18 hours a day and it’s impossible to keep up with your body’s demands.”

Kriska — who spent his youth rock climbing, mountaineering and running — is no novice when it comes to extreme long-distance winter races.

He has been participating in ultra races since 2009 and has racked up accolades in many winter races.

Two years ago, he shattered the course record in the 300-mile Yukon Arctic Ultra in Canada’s Yukon Territory, completing it in 118 hours — averaging more than 60 miles a day.

“If someone made me do 1,000 miles on a treadmill, thank you, no,” Kriska said in his Slovakian accent, reminiscent of his birthplace. “I love the mountains. I love being challenged by the mountains and also the beauty of it.”

This year’s race — which took him through mountain ranges and across a frozen bay — went relatively smoothly with only one detour that cost him an extra 20 miles.

Each night, Kriska would find a place to set up camp, occasionally lucking into primitive hunting cabins, he said. Then he would take a four-hour nap before beginning the next day’s trek. His family was able to track his progress by GPS.

Kriska crossed the finish line around 8 a.m. March 21 — triumphant but a little disappointed he hadn’t made it before the pubs closed, he said jokingly.

He struggled to stay awake through two servings of pancakes, an omelet and hashbrowns before boarding a plane back to Anchorage, where he enjoyed three hamburgers and two desserts.

“I had an unbelievable appetite for two weeks, eating everything I saw,” Kriska said. “The finish line wasn’t that glorious, but I don’t do it for the glory.”

After completing the impossible, Kriska hopes to tackle some new challenges, including a swim-run race that is gaining popularity in Europe. The races are often completed between a chain of islands, he said.

Whatever he does next, his appetite for adventure remains — even after 1,000 miles through the snow.

“I don’t really have a good answer to why I wanted to do the race. I’m resilient and stubborn. I like seeing where my limits are and challenging myself,” Kriska said. “I don’t think it dawned on me until now, or even yet, what I have accomplished.”

Have you ever run a marathon?

Mount Airy doctor Jan Kriska was the only finisher of the Iditasport Impossible, a 1,000-mile foot race in Alaska that took a month to complete, pulling his gear behind him on a 70-pound sled. He tried the race last year but wasn’t able to finish.

Kriska participates in the Iditasport Impossible, a 1,000-mile race in Alaska. Kriska says he moved about 16-18 hours a day during the race.

Long-distance runner Jan Kriska holds the small sled and some of the gear he pulled behind him during the Iditasport Impossible, a 1,000-mile footrace across Alaska in February.

Dr. Jan Kriska participates in the Iditasport Impossible. “The biggest issue is the elements — frostbite, snowstorms, winds, getting lost, running out of food,” said Kriska, 50.