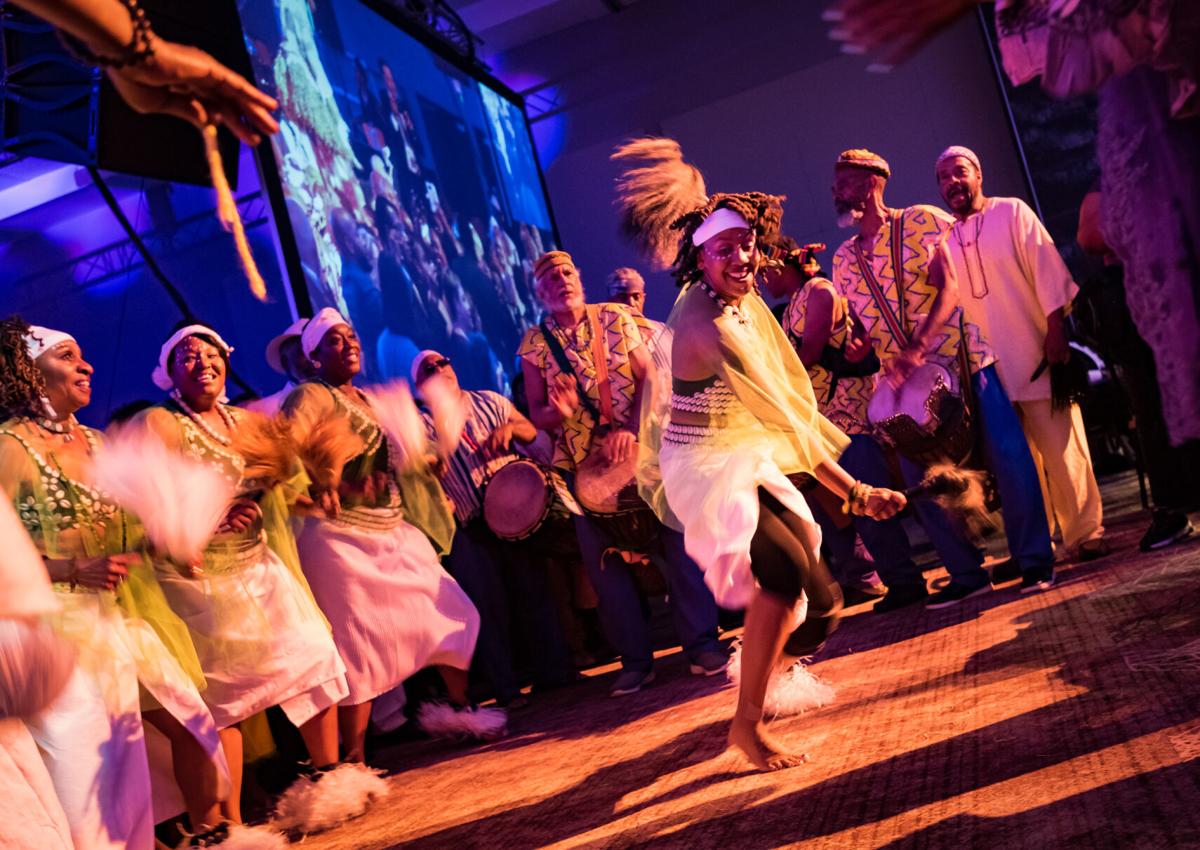 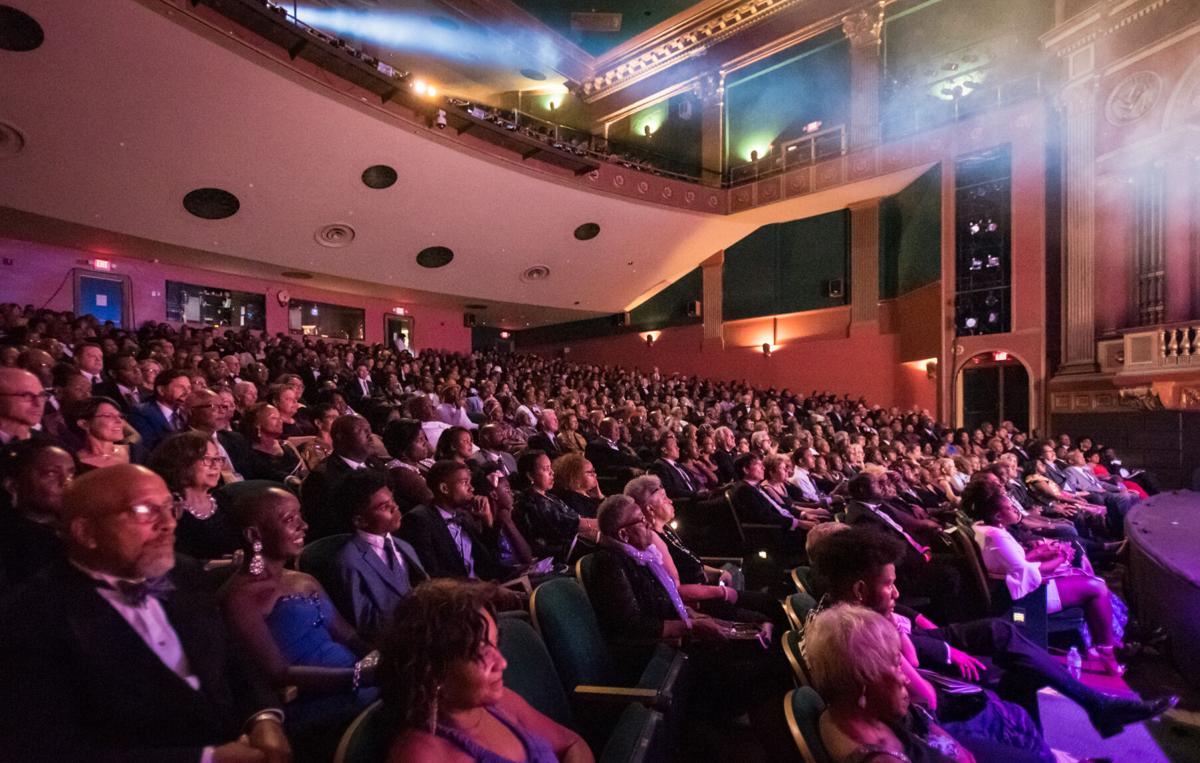 The audience watches “Jelly’s Last Jam” during opening night of the National Black Theatre Festival in 2019. 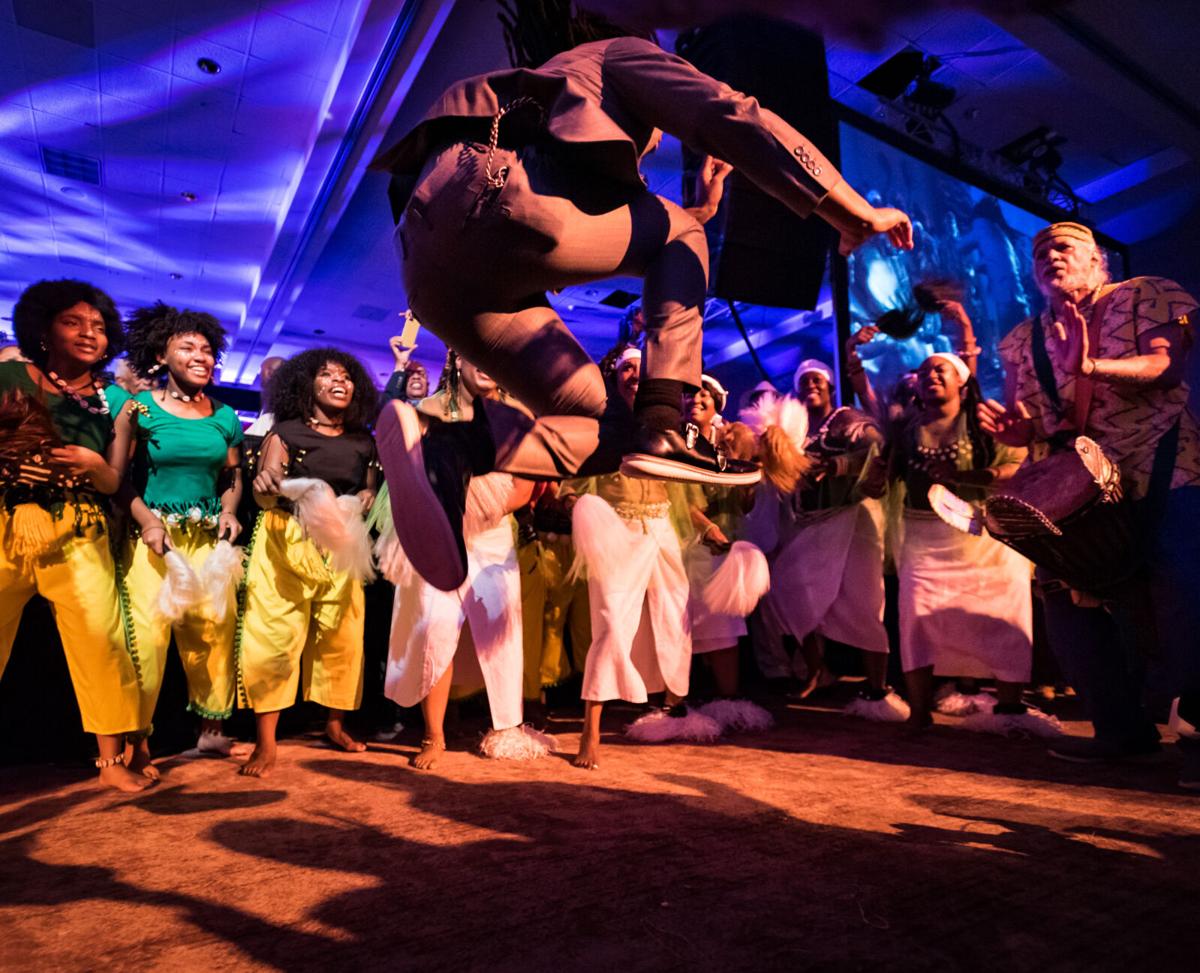 People dance during the National Black Theatre Festival's opening night gala on July 29, 2019, at the Benton Convention Center in Winston-Salem. 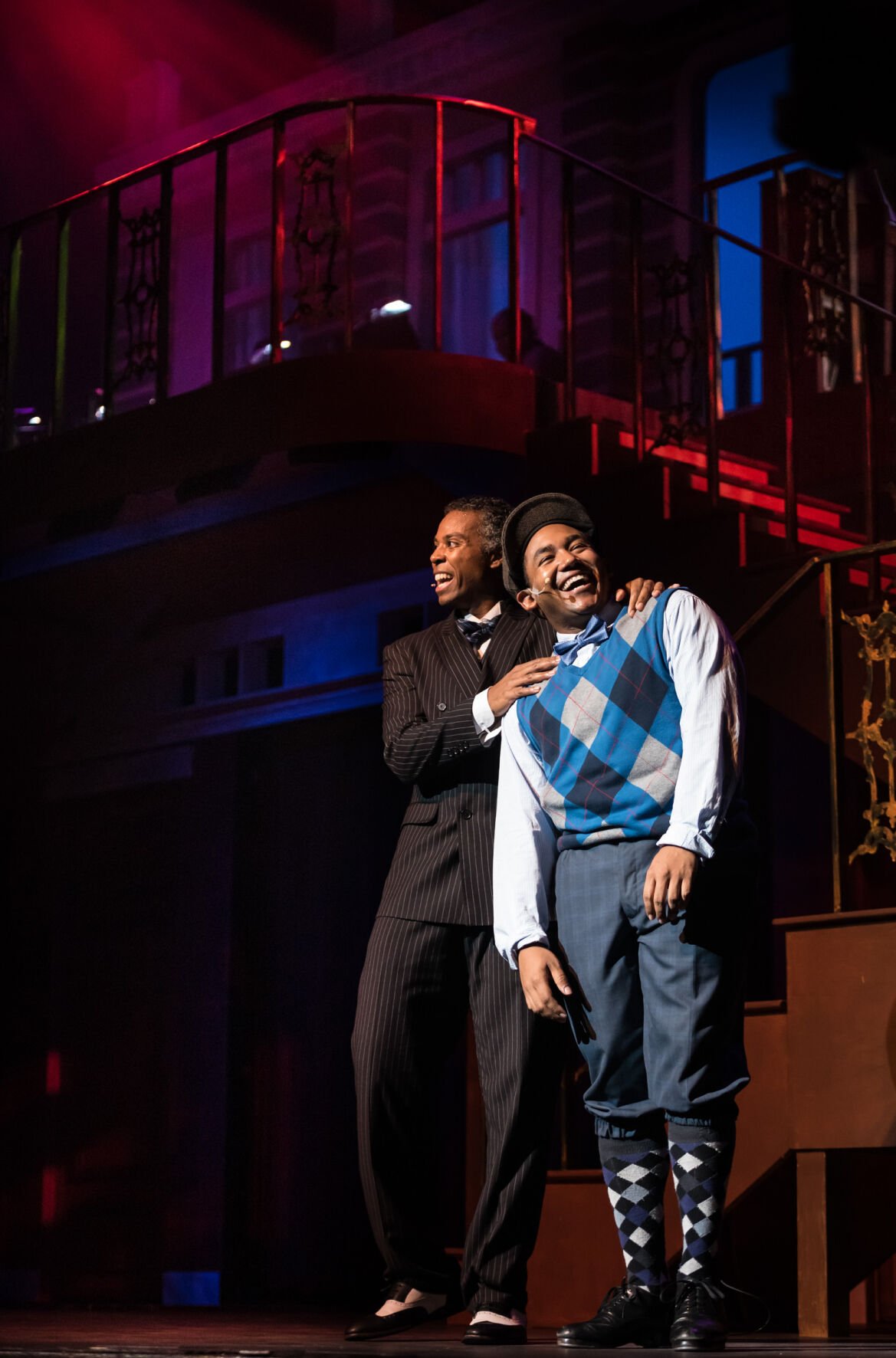 DeWitt Fleming Jr. (left), as Jelly, and LG Williams II, as Young Jelly, in "Jelly's Last Jam" during opening night of the National Black Theatre Festival on July 29, 2019, at the Stevens Center in Winston-Salem.

The 2021 National Black Theatre Festival, based in Winston-Salem, has been postponed until August 2022, the North Carolina Black Repertory Company announced Tuesday.

“The organizers assessed the impact of COVID-19 on festival attendance and on the safety and comfort level of our staff, volunteers, artists and patrons,” Sylvia Sprinkle-Hamlin, NBTF’s executive producer, said. “A decision was made that it is not feasible to produce an event of this magnitude at this time.”

She said the festival’s planning committee will continue ongoing preparations for next summer’s festival.

N.C. Black Rep’s late founder, Larry Leon Hamlin, conceived of and produced the first NBTF in 1989. The Festival’s theme is “An International Celebration and Reunion of Spirit,” and NBTF showcases top Black theater companies from across the U.S. and abroad. The six-day event attracts upwards of 65,000 people biennially to Winston-Salem.

Nigel Alston, executive director of the N.C. Black Rep, said, “While we are disappointed in having to reschedule the festival, we believe the best decision was made given the current COVID environment and the uncertainty in moving forward this year.”

Alston said that NBTF officials considered having both a virtual and in-person 2021 festival. After looking at the facts, it didn’t make sense to try for the type of festival they are used to presenting and one that festivalgoers would enjoy the way organizers want them to, he said.

“We thought it better to postpone it earlier than later for people that have already made plans,” he said.

As of late January, people coming to the festival had booked more than 1,700 room nights in Forsyth County, Alston said.

“But with a feature documentary and anthology book project celebrating NBTF both set for release next year, 2022 is positioned to be the biggest and most exciting festival NC Black Rep has ever produced.”

The 2019 festival was the largest event in N.C. Black Rep’s history, generating more than $10 million for the Piedmont Triad economy, NBTF said.

“The festival is one of our city’s most important cultural assets,” Owens said. “It is also one of the major attractions of our region, welcoming more than 60,000 attendees during the 2019 festival,” Owens said.

He said people want the spotlights turned back upon the stages here, but it’s still too soon to have thousands of visitors together all at once.

“There is every indication that holding the event in 2022 will be more successful for the festival, the performers it highlights, and for the city as a whole,” Owens said. “I look forward to celebrating the event in full force next year when it can have the biggest economic impact possible.”

No charges have been filed in the chain-reaction crash, which involved three cars.

Divorces would be quicker, alienation of affection suits a thing of the past under NC bill proposals

North Carolina is one of just six states — Hawaii, Mississippi, New Mexico, South Dakota and Utah are the others — that allow alienation of affection lawsuits.

The audience watches “Jelly’s Last Jam” during opening night of the National Black Theatre Festival in 2019.

People dance during the National Black Theatre Festival's opening night gala on July 29, 2019, at the Benton Convention Center in Winston-Salem.

DeWitt Fleming Jr. (left), as Jelly, and LG Williams II, as Young Jelly, in "Jelly's Last Jam" during opening night of the National Black Theatre Festival on July 29, 2019, at the Stevens Center in Winston-Salem.