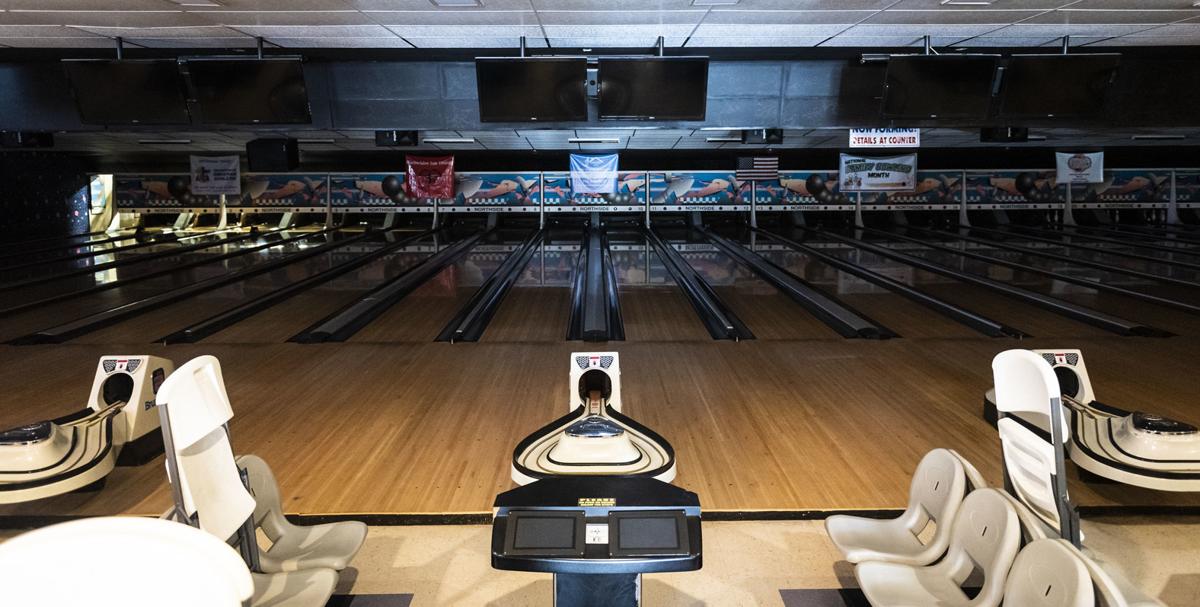 Empty bowling lanes at Northside Lanes due to the COVID-19 pandemic and subsequent shutdown order. 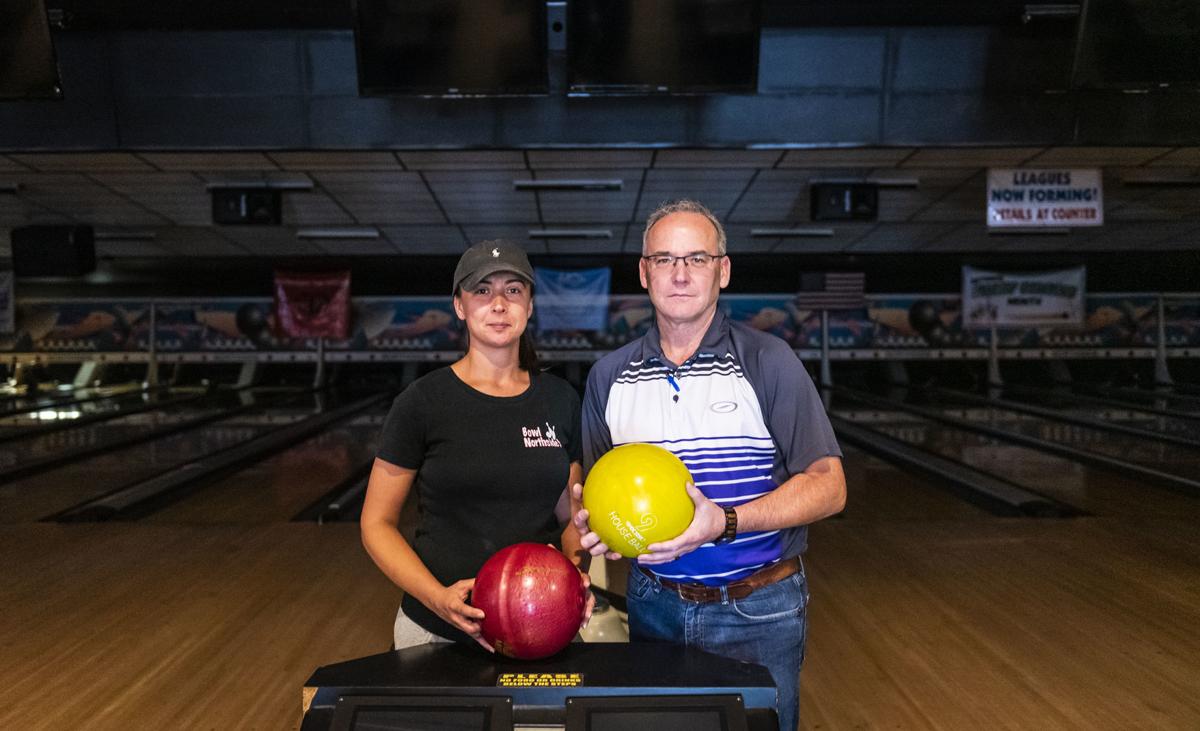 Co-owners of Northside Lanes, from left, Tabitha and Tracy Golding, stand in their shuttered bowling alley. 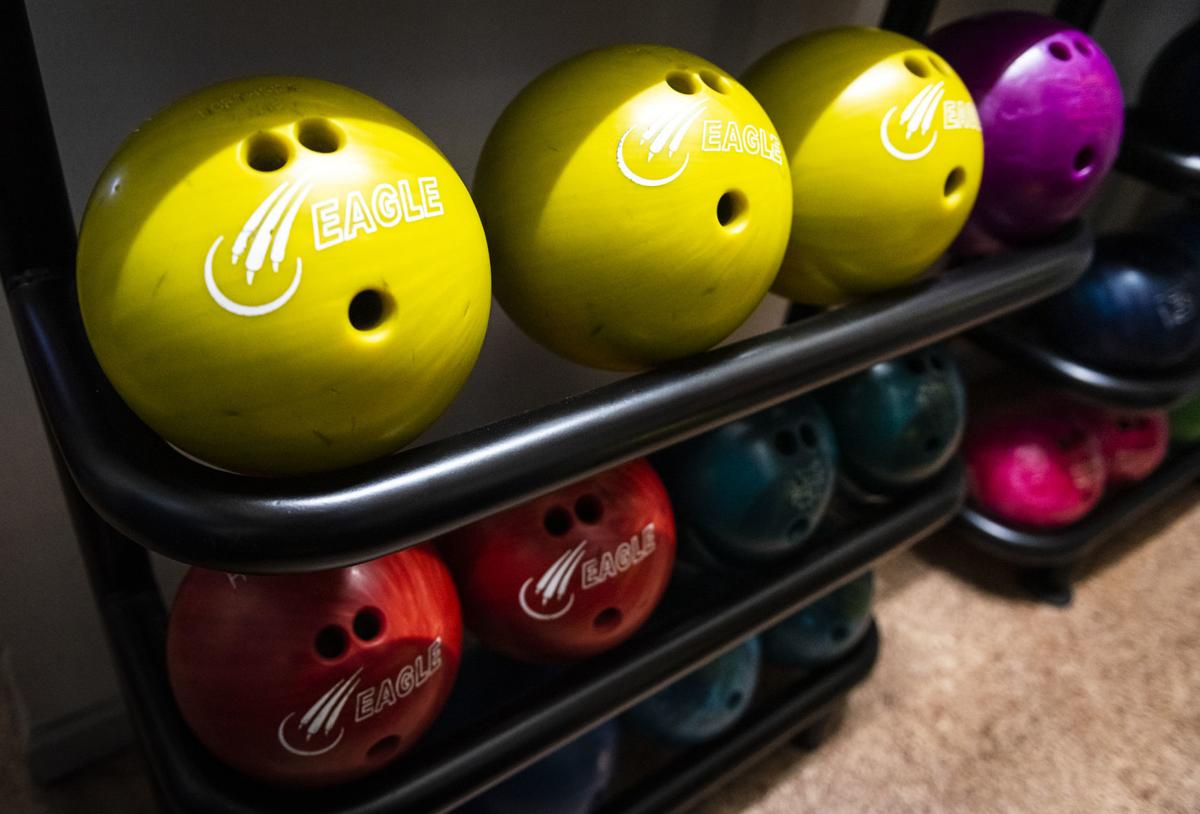 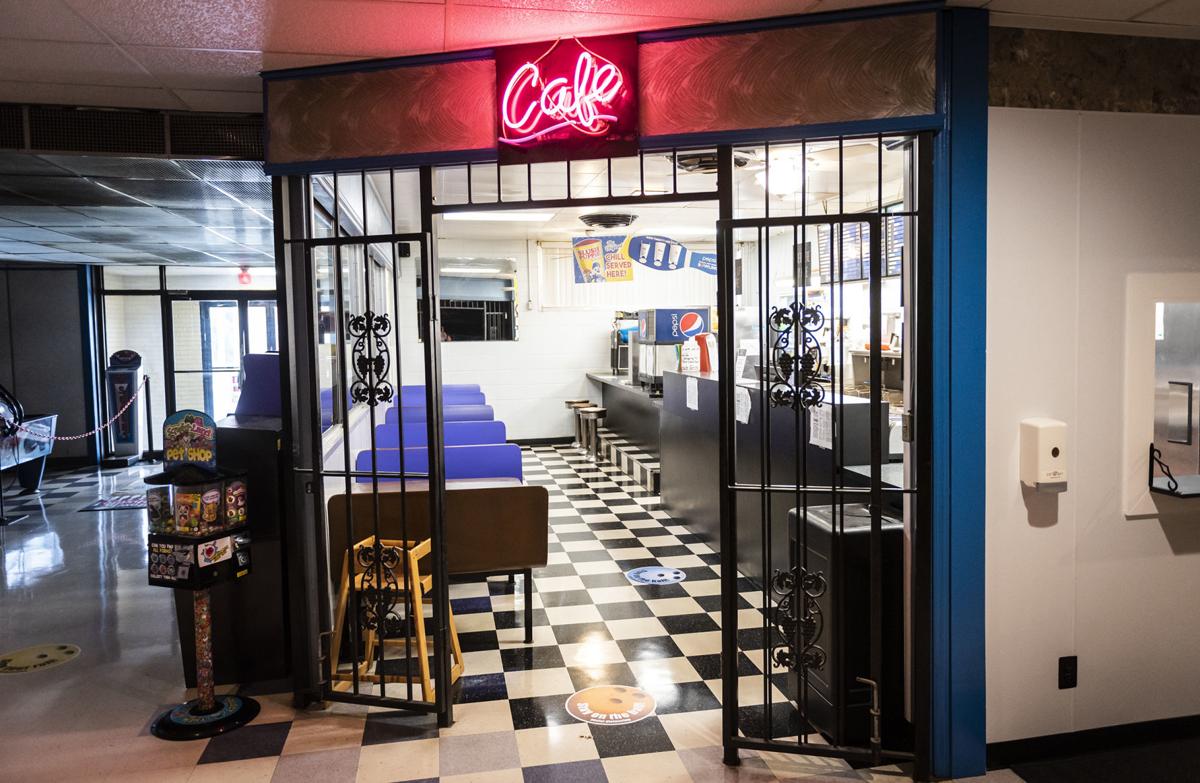 The cafe at Northside Lanes is currently the only part of the business in operation. 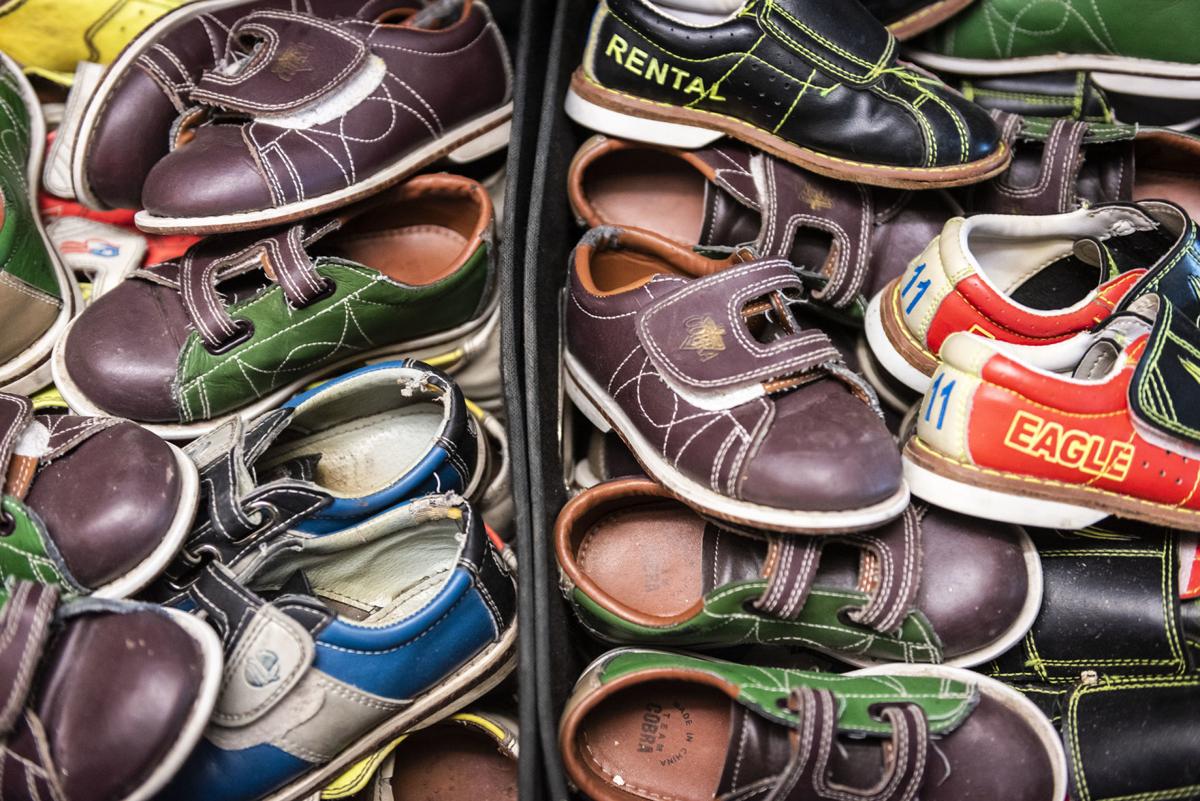 Tabitha Golding paced across several empty marked parking spots in front of Northside Lanes. She looked anxious. And why wouldn’t she? A couple days had passed since she and her father (and business partner) Tracy Golding had the financial rug yanked from under their feet.

They’d thought Northside would be cleared to open along with other so-called Phase Two businesses only to learn at the last minute that bowling centers could not due to restrictions still in place for indoor entertainment venues.

“We can open the grill,” Tabitha Golding said, “because it’s a restaurant, but it’s not enough to survive off of. People come here to bowl, not to eat.”

So if the governor’s restriction isn’t lifted or waived — soon — Northside Lanes, a family-owned local institution for 60 years, might be forced to close for good.

Put another way, to use a (bad) bowling analogy, the Goldings have less than a month to pick up a 7-10 split.

Primed and ready to roll

The lights were switched off Tuesday across most of the cavernous interior of the Northside Lanes building.

Pool tables inside a rec room were covered, and air hockey tables — remember those? — were unplugged. Chains with plastic links separated bowling areas from the grill.

The Goldings had rigged it so that foot traffic entered from one door and exited from another in the same direction. That allows for maximum safety under social distancing recommendations.

But on what ordinarily might have been a bustling weekday, only two men were eating a quick lunch; nowhere near enough to sustain Northside’s 15-person payroll.

“This month is our 60th anniversary,” said Tracy Golding. “We had a big, ol’ party planned. A Tournament of Champions, and a lot of things. Now? Here we are.”

He keeps copies of Gov. Roy Cooper’s executive orders from March that closed untold numbers of businesses across the state as fears of an unchecked spread of coronavirus washed over the nation.

A law-and-order guy at heart — he did 21 years at the Winston-Salem Police Department before changing careers — he has every intention of following lawful mandates designed to keep safe public health. Protect and serve is more than a slogan on the side of squad cars.

But it’s getting more difficult with each passing, darkened day to remain optimistic.

Tracy Golding bought the place from its original owners in 2006 when the opportunity presented itself. He grew up bowling at Northside (as did Tabitha) and had planned on doing something in the sport after he retired.

“I even had my own blueprints drawn up,” he said. “But (father and son owners Claude and Freddie Ingram) called and said ‘We’re retiring. Want to buy it?’”

For 14 years, Northside Lanes chugged along in its lane. Then came the pandemic — gutter ball.

The Goldings secured a federal Paycheck Protection Program loan to keep Northside afloat as soon as they could. That’s keeping the lights on — and workers on the payroll — but will only stretch so far.

Because on July 1, the bills come due again. Rent, health-insurance, loan payments, the monthly nut all small business owners must meet before paying themselves.

The Goldings had figured they’d make it through the shutdown with room to spare. Bowling centers, they’d been told, would be allowed to open with other Phase Two businesses and their loyal customers would be back. There’s more room for social distancing in a bowling alley than a concert hall and less physical contact than in a gym or hair salon.

But last week, Cooper revised original plans which would have allowed bowling alleys, gyms and theaters to reopen.

“We were primed and pumped to go full bore Saturday,” said Tracy Golding. “Then we found out Wednesday (May 20) that we couldn’t.”

That’s the day Cooper knee-capped the plans by saying bowling centers would not be included in the spate of reopenings.

Haircuts OK but not bowling?

The Goldings’ plans for a safe re-opening sound reasonable and safe given what relatively little is actually known about coronavirus.

All rental shoes and balls are kept behind a counter and would be disinfected after every use. No shoelaces, either. Velcro slip-on shoes only. One way into Northside Lanes and one way out. Decals on the floors reminding people about 6-foot distances.

As for the lanes, every other one would be left empty and one bowler at a time allowed in the well near the ball retriever.

“No high-fives,” Tabitha Golding said. “Our league bowlers were social-distancing even before the recommendations came out. Maximum capacity is 218, at 50 percent, that’d be 109 across 20,000 square feet.”

Father and daughter spent about $15,000 sanitizing, remodeling and putting safety precautions in place. They wanted to take care of their customers; Northside has been family oriented since it opened in 1960, alcohol (and for some time now) smoke-free.

Canceled outings alone accounted for 1,600 lost customers in nine days after the shutdown.

As the Goldings were talking, Northside’s phone rang several times. Anxious bowlers wanted to know when they might be able to get back at it.

Over the holiday weekend, North Carolinians flooded places where social-distancing was near impossible. Unintentional hippies couldn’t wait to hit the barbershop and a wide range of other activities.

“Why is it OK for the four of us to go get a haircut, our nails done, go out for a meal or go to a community pool,” Tracy Golding asked of the choir, “but not for us, a non-contact sport?”

It’s a valid question, one that needs an answer before it’s too late. The Goldings have joined other bowling center owners in pushing for a reprieve. An online petition has been established at change.org where bowlers can make their voices heard.

“We’re not going down without a fight.”

Empty bowling lanes at Northside Lanes due to the COVID-19 pandemic and subsequent shutdown order.

Co-owners of Northside Lanes, from left, Tabitha and Tracy Golding, stand in their shuttered bowling alley.

The cafe at Northside Lanes is currently the only part of the business in operation.