Bears vs. Rams: Latest scores and updates from MNF

BOONE — Digital thumbprints left on resolutions approved along party lines by the Republican-controlled Watauga County Board of Elections show that the “author” of those resolutions is not the county elections director or board members.

And the computer on which the documents were written belongs to his law firm, Eggers, Eggers, Eggers & Eggers, according to those thumbprints, or document properties.

Eggers, also known as “Four,” is the county attorney and the brother of Luke Eggers, the elections board chairman.

The thumbprints and a 40-minute interview with Four Eggers reveal that he played a key role in crafting what critics view as an effort to thwart students at Appalachian State University from voting, to muzzle public comments at elections board meetings by requiring that they be submitted in writing, and to neuter the ability of Jane Hodges, the elections director, to offer advice at public meetings.

All this comes after the N.C. State Board of Elections did not consider appointing Four Eggers in June to the county elections board even though the state Republican Party had submitted his name as its No. 1 choice. The state board members considered only the state Republican Party’s secondary picks, according to various documents related to the appointment, obtained through public-record requests by the Winston-Salem Journal.

Confirmation of Four Eggers’ deep involvement adds stock to a widely held belief among Democrats here that he pulls the levers of power. Actions taken by the board’s two GOP members, Luke Eggers and Bill Aceto, at public meetings are largely prepackaged by Four Eggers, they say. In their view, Four Eggers’ behind-the-scenes role makes a sham of what should be an open and transparent democratic process at board meetings.

“He can’t act as his brother or his friend or his adviser without simultaneously acknowledging that he’s always acting as county attorney. And when he writes that … for this board, he’s running the board,” said Stella Anderson, Democrat, the former chairwoman of the elections board.

“On the Aug. 12 meeting, Luke would not, did not, and apparently didn’t even feel like it was his responsibility, to provide even an overview or a summary statement of the resolution,” Anderson said, adding it was her guess that he couldn’t because he didn’t know what was in it.

Luke Eggers did not respond to calls and emails asking who was writing the resolutions.

The Aug. 12 meeting garnered national attention when the board voted 2-to-1, with Democrat Kathleen Campbell opposing, to eliminate the polling place at Appalachian State University and the government building, instead establishing one polling place for a newly combined “super-precinct” with more than 9,300 voters. It was a move that critics said was aimed at suppressing the college vote and supporters said would decrease confusion about where to vote.

The resolution has since been withdrawn.

But on Aug. 12, Hodges and Campbell got the resolution shortly before the meeting.

“Luke wanted them voted on … and people are yelling from the audience: ‘What’s in the resolution?! Read it!’” Anderson said.

Republican supporters of Four Eggers say that Luke Eggers should rely on his brother for advice. It is common for new board members of any government body to seek the experience and institutional memory that someone such as Four Eggers, a former board member, can offer. Campbell, relies on the advice of the former Democratic board member, Stella Anderson, they say.

Ultimately, they say, Luke Eggers and Aceto are the ones who vote on board actions.

“If he (Four Eggers) wants to give advice to his brother, free and off the public doles, so that he’s not taking any public money, then so be it. I’m not going to stop him from giving advice to his brother. And I don’t think that creates any kind of conflict,” said Nathan Miller, a Republican, the chairman of the county board of commissioners.

The role of a county attorney is one that demands neutrality, according to Bob Hall, the executive director of the nonpartisan elections watchdog group Democracy N.C.

“The county attorney acts as the attorney for the county board of elections and so that puts him in a conflicting situation (if he were a board member) — needing to provide independent wisdom as an attorney,” he said. “They should provide neutral advice with an interpretation of what the law says.”

During an extensive phone interview, Four Eggers proudly described his solid working relationship with his brother: “I’m glad to say that I helped Luke work on some of those.”

He also downplayed his role.

As the interview continued, his responses shifted as he answered various questions about the extent to which he was involved in drafting the resolutions. Eggers said at first that they were just the result of “corroborative” efforts and stopped short of saying that he was the author.

“I don’t think I can say I wrote them. But I did help him work on his resolutions,” Eggers said.

“I don’t know if I can claim authorship about it,” he said later.

Every document has a thumbprint.

When a user sets up a computer, he registers his user name and, sometimes, the name of his company. Documents are tagged with that information, unseen to most people. The information can be found by looking up a document’s “properties.”

Later, when told that some of the resolutions presented at the elections board meetings show that the “author” in the document properties tab is “Four Eggers” and that the company to which the computer was registered is his law firm, “Eggers, Eggers, Eggers & Eggers,” he acknowledged that he was at times the one at the keyboard, portraying his involvement as merely clerical.

“I would not doubt that that could be possible. I know that I helped him type up some things. But I don’t know if there’s anything beyond that,” he said.

Asked again if he just helped or actually wrote them, he said: “You know, it depends on what you’re looking at. Some of them, I had helped him type it up while we sat and talked about things. Some of them might have been over the phone. Some of them Luke was in the office.”

Asked if Luke Eggers wrote any of them, Four Eggers said: “You’d have to ask him about that.”

No modifications had been made, Eggers was told, on the specific resolution he was talking about — to move the ASU polling place from the student union to another building used as a nightclub, known as Legends, at the edge of campus.

Luke Eggers and Aceto voted for it at the Sept. 3 meeting, against the advice of Hodges and Dave Robertson, an ASU official, as the Legends building has flooded three times in the past 10 months and has no backup power. And the student union no longer has one of the problems listed in the resolution — access for people with disabilities.

The “author” of that resolution is Four Eggers, according to the document properties.

“I think moving the Boone 2 precinct from the student union to Legends — I recall that coming from my office because I think he used my computer to send an email. But as far as sending other things, I’m not sure,” he said.

Who gets advised by Eggers?

Unlike Luke Eggers, Campbell, the Democrat on the elections board, had no luck when she recently tried to get advice from Four Eggers.

“I am the Democratic member of the Board of Elections and I have a question I would like for you, as county attorney, to answer regarding the minutes of our meetings,” Campbell said to Eggers in a letter dated Aug. 27. “Can you give me a written opinion as to whether or not it is permissible for a single member to modify the minutes by changing the report of what action was taken?”

Campbell was adamant that the minutes for the Aug. 12 meeting chronicle for history’s sake that she and others attending the meeting had raised several pointed questions about the resolutions that were passed that day.

The final version of the minutes merely says, “There was discussion,” in place of a more ample description of what happened.

In his response to Campbell, Eggers said in part: “Typically, the county attorney provides legal advice as requested by the Board of Commissioners, the county manager, or the various boards of the county as a whole as needed. This policy was adopted by the county in an effort to control legal expenses, and avoid expenses not otherwise authorized by the county.”

According to the final version of the Aug. 12 minutes, it was “Last Modified By” Four Eggers.

“I think that they (critics) would probably be over-exaggerating my role and my influence by saying that I somehow making decisions. I’m not an elected official, and I try very hard in my legal role to give straightforward and fair legal advice to my clients,” he said. 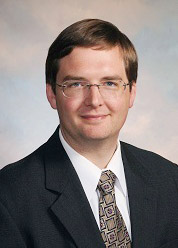 Luke Eggers, Republican chairman of the Watauga County Board of Elections