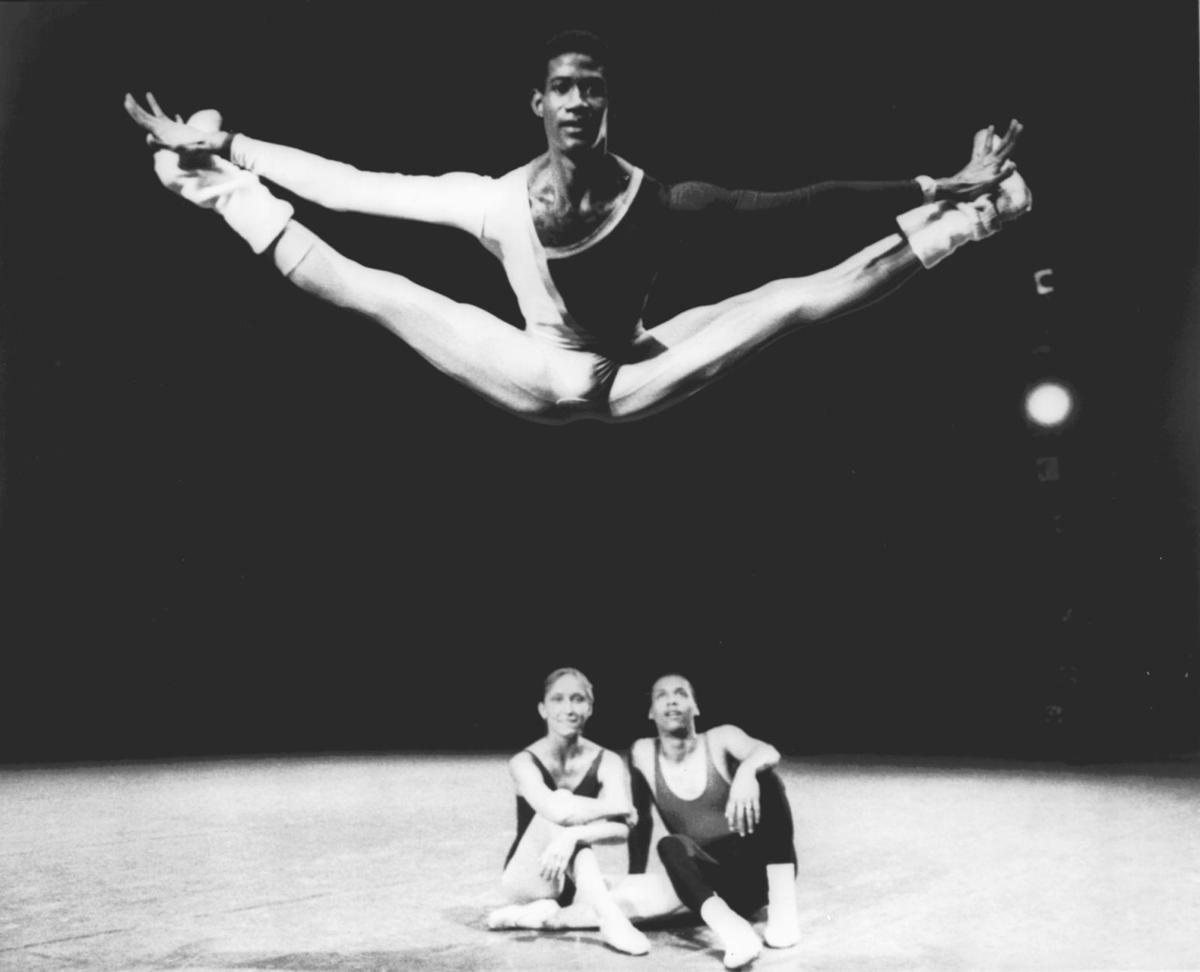 Mel Tomlinson dances in the debut of Gershwin Concerto with the New York City Ballet. 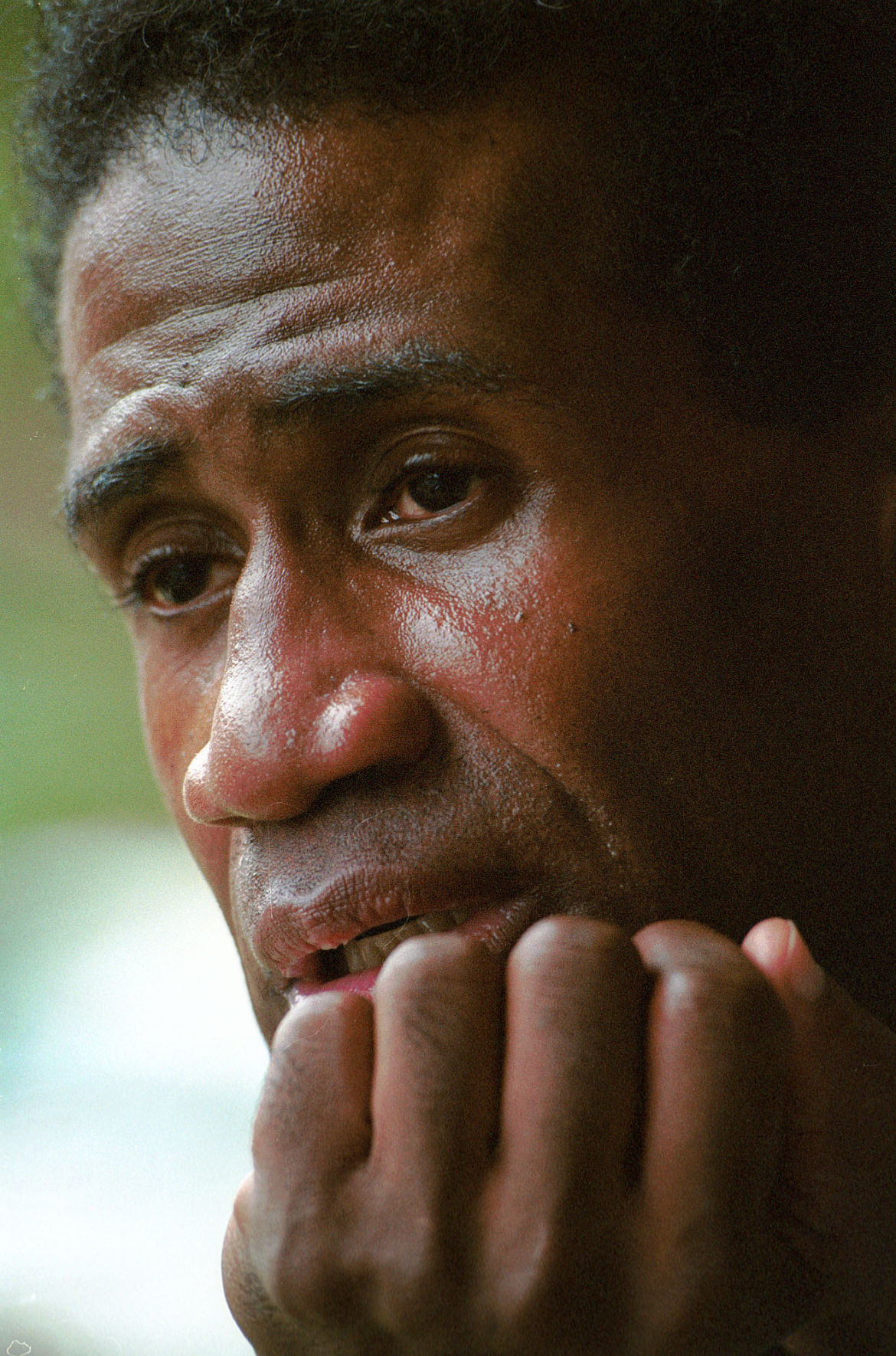 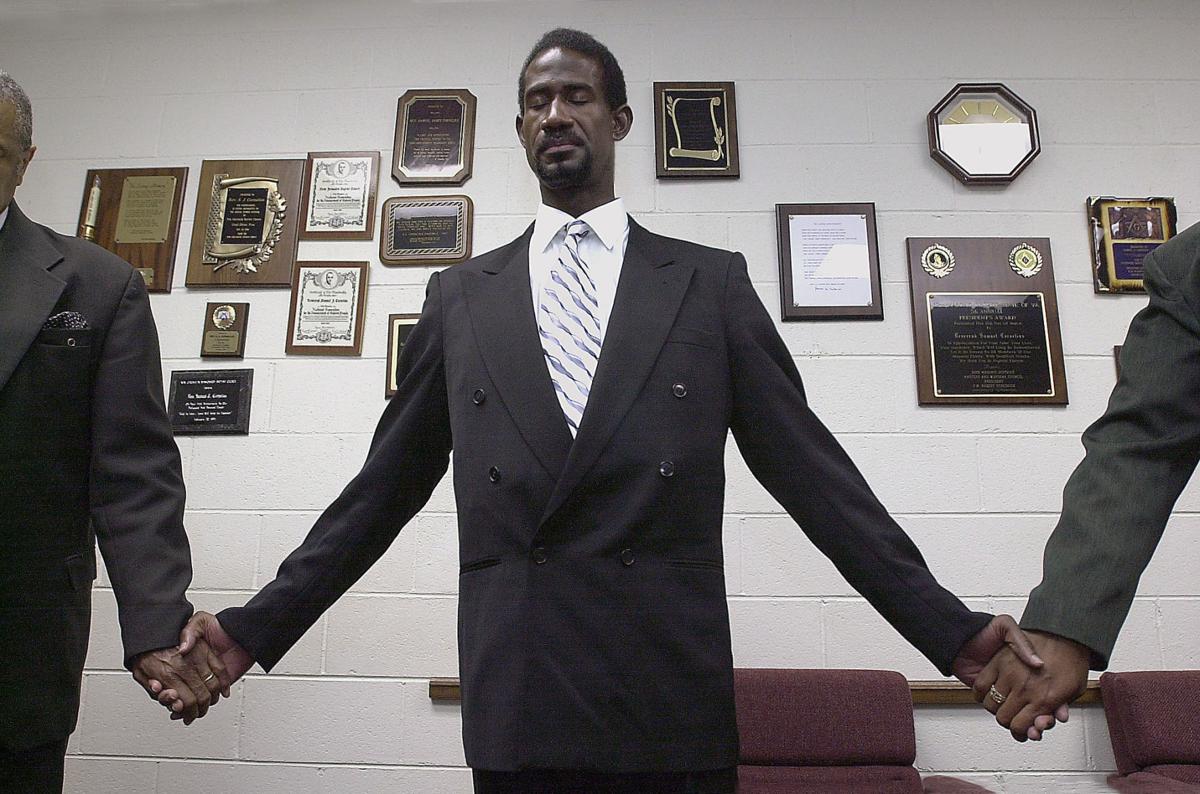 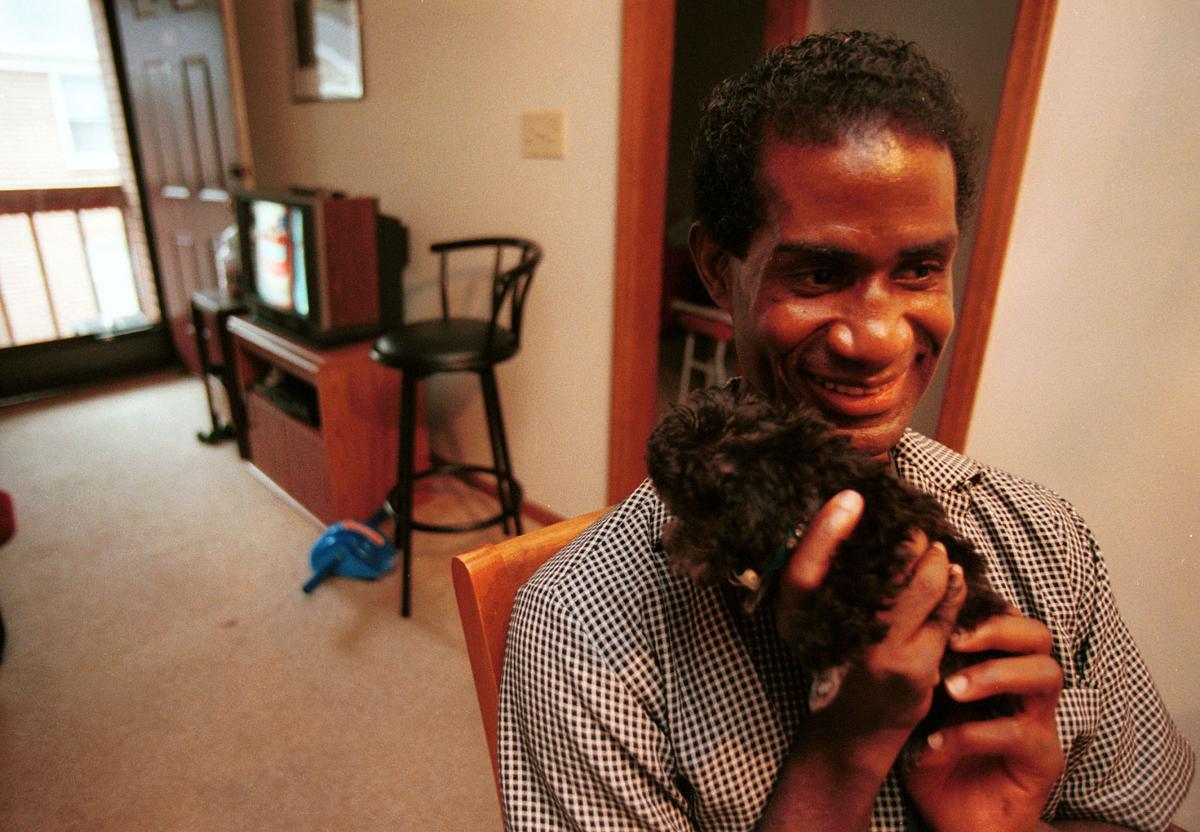 Mel Tomlinson holds his pet Teacup Poodle in his Belmont apartment in 2002.

Tomlinson — who attended and taught at the N.C. School of the Arts, now the UNC School of the Arts — carved a notch into ballet history as New York City Ballet’s only African-American dancer when he joined the company in 1981.

“His talent was phenomenal. If you saw him perform it was an event. He was a force of nature,” longtime friend Jim Steele said. “He was always very humble, and very, very, very bright.”

Tomlinson’s effortless and flawless flourish as a dancer outweighed the fact that he stumbled upon dance later in life than most who aspire to a professional career.

In high school, Raleigh-born Tomlinson’s natural talent for gymnastics and unicycle-riding garnered the attention of a ballet studio owner who saw him perform during halftime at a football game.

Tomlinson — who was nicknamed “Rubber-Band Man” in high school because of his flexibility — began taking dance lessons and went on to complete his Bachelor of Fine Arts in dance at the School of the Arts in two years.

“He had a great career,” Robert Lindgren, who was then the dean of the school of dance, told a Journal reporter in a 2003 article about Tomlinson. “Everything about Mel was dynamic, impressive — almost overpowering — and you didn’t watch anybody else when he was on stage. How could you?”

Tomlinson began his career as a principal dancer with Agnes de Mille Heritage Dance Theater — which was founded at UNCSA — before moving to New York in 1974 to make a name for himself at Dance Theatre of Harlem.

He joined the New York City Ballet in 1981 where his debut in Balanchine’s “Agon” led to The New York Times calling it the performance of the year.

“People didn’t know what to do with him — a six-foot, gay black man and fantastic dancer,” Steele said. “He did all these things you supposedly couldn’t do because of the way it was, but he just worked hard and was tremendously gifted.”

Tomlinson danced for royalty, heads of state and three U.S. presidents throughout his career.

He also won the first N.C. Prize for Achievement in the Arts, a $10,000 award given by North Carolina newspapers owned by The New York Times, among his many accolades.

“Mel was fascinating and captivating,” Steele said. “Here is a black man — born and bred in North Carolina, went to School of the Arts — at the top of his game as one of the best dancers in the world.”

Steele first encountered Tomlinson at the Stevens Center in 1983.

Years later, Tomlinson moved to Winston-Salem and began guest teaching at UNCSA in the late 1980s and early ’90s, according to a spokeswoman at the university.

Steele met Tomlinson at a local bar, starting what would be a 30-year friendship.

“Mel was funny, he had great stories. He was always on,” Steele said. “He was a lot of fun to be around, but also very generous.”

Tomlinson’s career came to a pause after he was told he was HIV-positive and was diagnosed with AIDS in the mid-1990s.

In 1998, he was told he had about six months to live and was admitted into a facility that assists people in their final stages of AIDS.

Tomlinson was released in 2000 after he made a slow recovery and he decided to become ordained as a Baptist minister and earn a doctorate.

Tomlinson went on to work as a minister and dance teacher in the Charlotte area.

“He broke down many barriers in his profession by sharing his God-given talent and strong work ethic with the world,” Steele posted on Facebook. “…His will be a hard act to follow.”

Deal reached to get Calif. kids back in classrooms

The literal bird’s-eye view, supplied in this case by a high-res drone, shows the final resting place in the long, long life of a common Ameri…

Alarmed by an increase in ineligible athletes for the spring semester and the impact that may have on students' mental health, Winston-Salem/F…

Beltway work brings lane closures to U.S. 52 on north side of Winston-Salem

The southbound lanes of U.S. 52 will be closed during the night three times in the coming week on the north side of Winston-Salem, as work pro…

McManus named new superintendent; she had been interim since November

Tricia McManus, who has guided Winston-Salem/Forsyth County Schools through a cautious but deliberate reopening process, has been named the ne…

Mel Tomlinson dances in the debut of Gershwin Concerto with the New York City Ballet.

Mel Tomlinson holds his pet Teacup Poodle in his Belmont apartment in 2002.