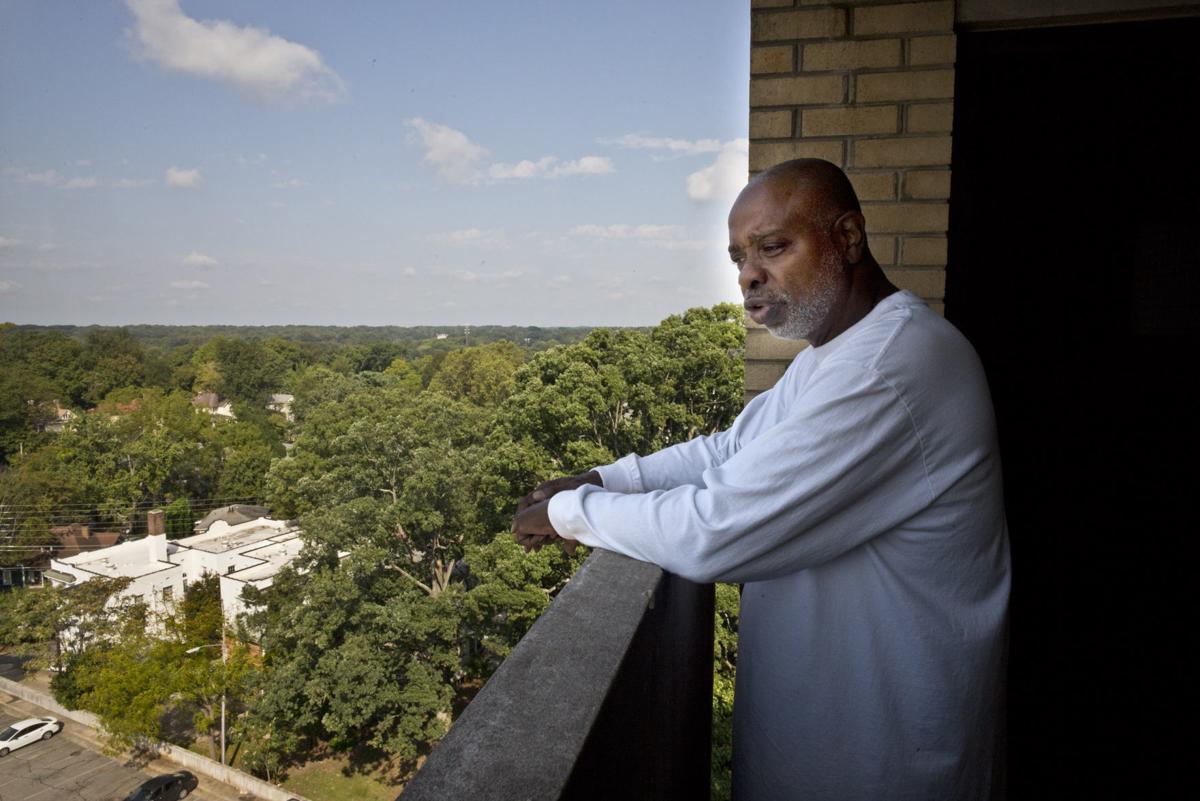 Crystal Towers resident Willie Mack stands on the balcony of his floor in the high-rise apartment building, which was recently put up for sale by the Housing Authority of Winston-Salem. 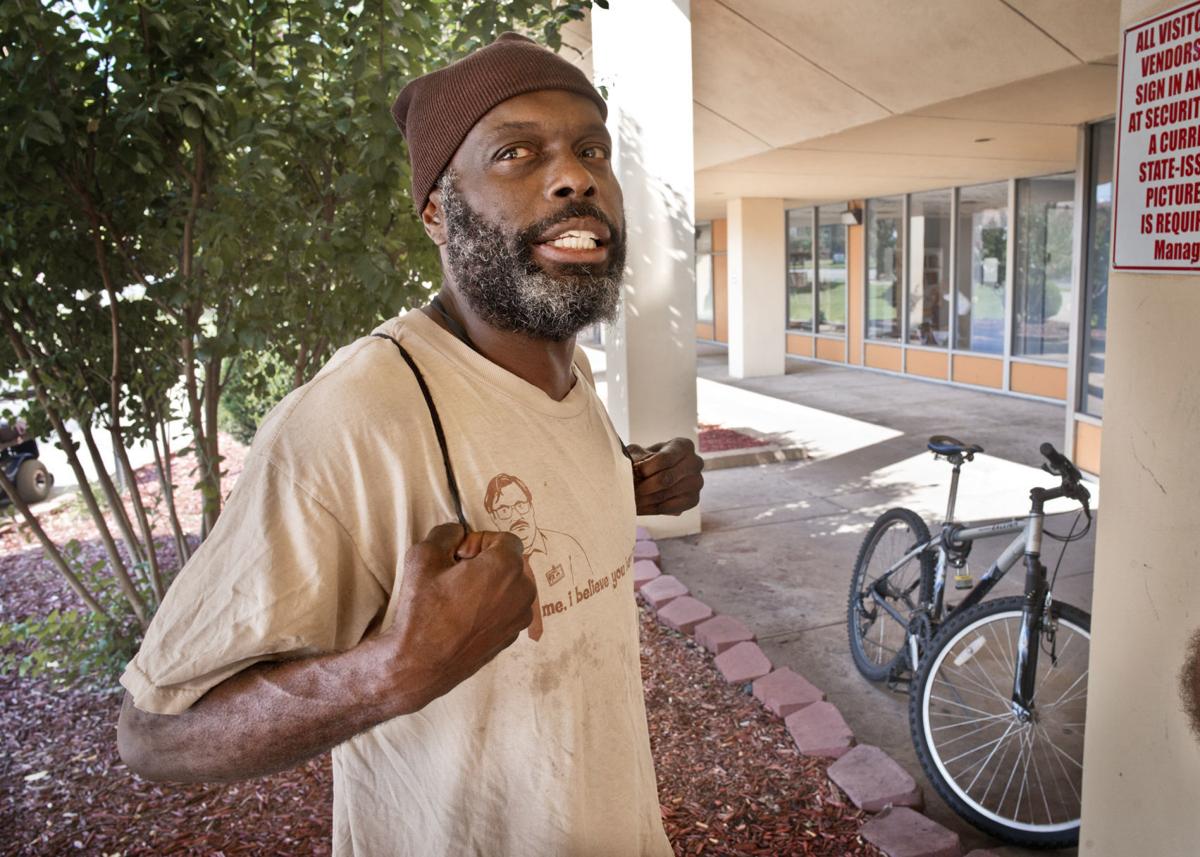 James Jenkins, a resident of the Crystal Towers building, says he likes living there because it is convenient, but adds that selling Crystal Towers is a good idea because “the building is crumbling.” 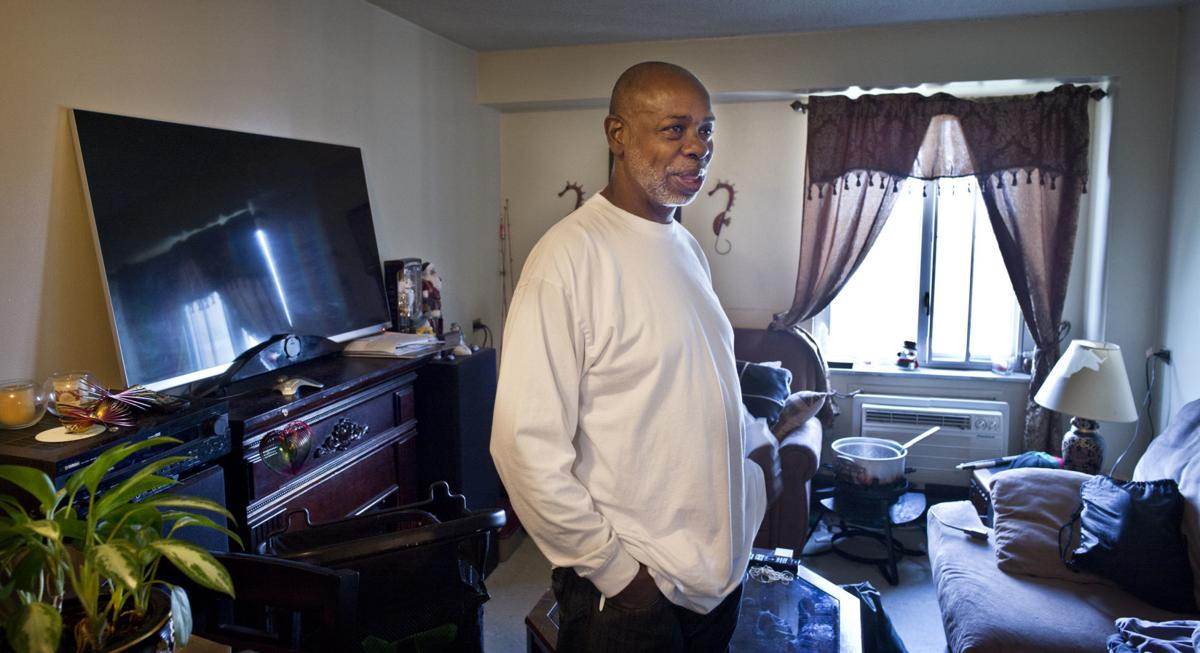 Willie Mack stands in the living room of his apartment in Crystal Towers. 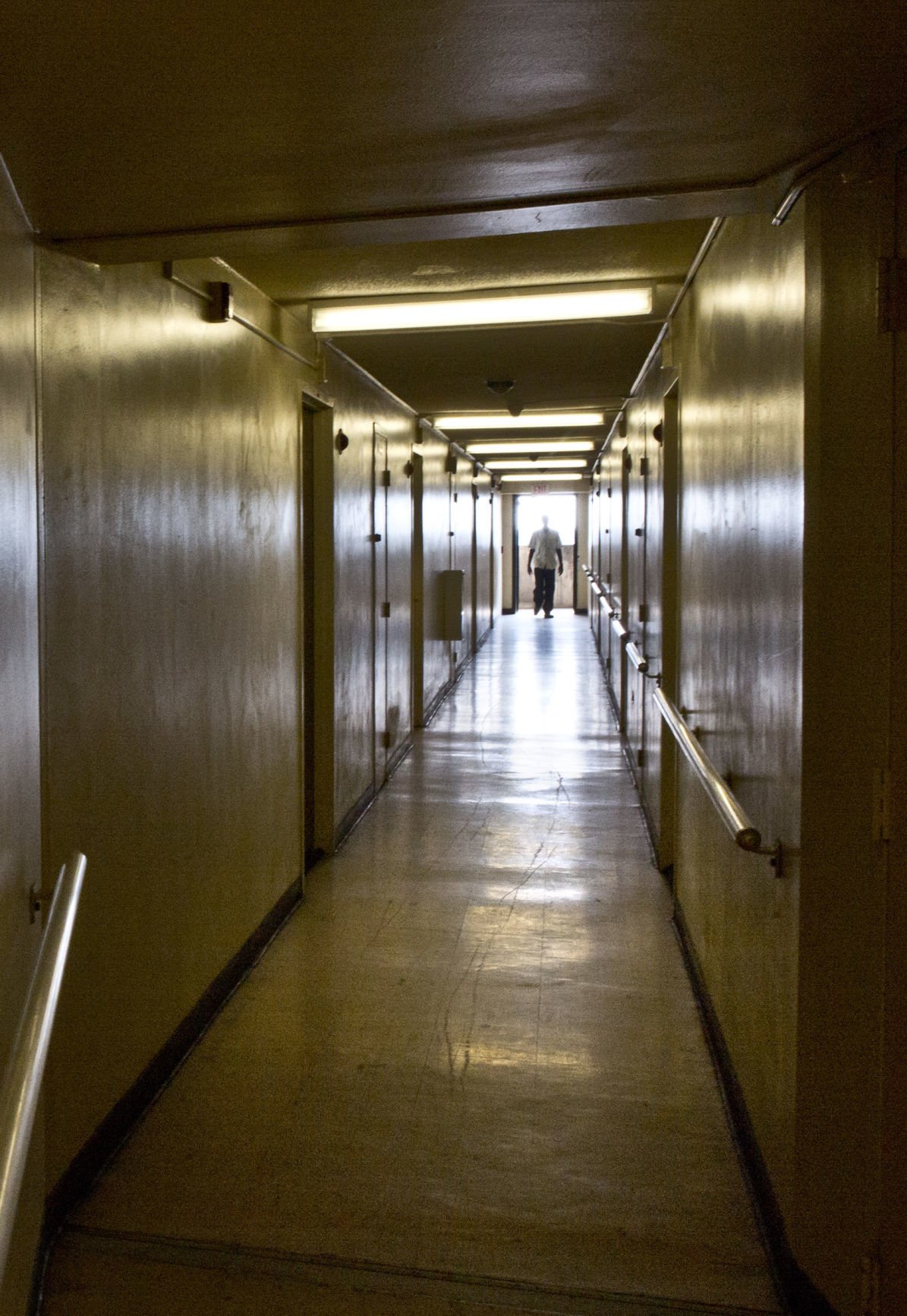 City leaders are making it clear that they’re worried the possible sale of Crystal Towers could carve a huge hole in the stock of affordable housing downtown.

But it remains to be seen whether the Housing Authority of Winston-Salem will find an acceptable buyer, or whether the city will be involved in the deal at all.

Woods said he doesn’t want to lose the 200 units of housing in Crystal Towers either but that the building can’t generate enough revenue to pay the costs of upkeep.

And the building has fallen $7 million behind in maintenance. The housing authority announced last month that it would entertain offers to purchase Crystal Towers, reserving the right to reject any offer.

By selling Crystal Towers and dispersing its residents among smaller and more scattered developments, Woods told the council members, the residents can enjoy better housing and his agency can collect higher housing subsidies.

“It is heart-wrenching to see people waiting eight-deep for the elevator,” Woods told council members during a city committee meeting recently. Woods said the elevators in the high rise are a particular problem because they are so old some replacement parts have to be custom made.

Crystal Towers provides subsidized housing for older people and people with disabilities. Housing authority officials say none of the residents would be left homeless because they would all get vouchers to find other housing, either through the housing authority or among privately owned properties.

But Council Member James Taylor said the possible sale of Crystal Towers could be as momentous for the city’s future as past decisions that have caused later regret — such as the way U.S. 52 divided eastern and western Winston-Salem.

The potential sale comes at a time when some local activists have accused the city of paving the way for gentrification. Although the city has no ownership in the housing authority or Crystal Towers, members of the council were asking whether there is anything the city can do to prevent the loss of that much affordable housing.

City Manager Lee Garrity said that since the city does not own Crystal Towers, city options to help are limited.

“HAWS could ask us for a grant or a loan to renovate the property,” Garrity said. “The other option would be that if the housing authority could not find a purchaser who would agree to retain a significant amount of affordable housing, I could see us partnering with that developer to provide some assistance.”

Garrity said the city has provided “gap financing” in the past for other housing projects but has not provided financing for ones like Crystal Towers, which is funded totally from the federal housing program.

Woods told council members that he couldn’t ask the city to take on a permanent supplement to federal housing money to keep Crystal Towers going, and Garrity said that ongoing subsidies are something the city has never done.

“If the subsidy does not cover the true cost, you end up with a situation like this,” Council Member Robert Clark said. “(You get) deferred maintenance that builds and builds. If we are truly interested in long-term affordable housing, we have to make sure we have the income to properly maintain the facilities.”

Woods said, because of the way housing subsidies are structured, HAWS gets about $200 per unit in a high rise, while garden-style apartments can qualify for subsidies between $325 and $400. That’s why, financially, the move from Crystal Towers to other housing makes sense.

Woods said that potential buyers are already starting to look over the Crystal Towers property, although none has made an offer. Woods said that the housing authority will be not only looking at how much it can get for Crystal Towers but wants to look at “the benefit to downtown and the sustainability of affordable housing.”

Meanwhile, some residents of Crystal Towers were saying Friday that they think the sale of the building would be a good thing — even though it does have a convenient location.

“This here is an eyesore — it needs to come down,” said Willie Mack, the former president of the building’s residential council. “I think it would be best to relocate everyone here and have a buyer do new construction. If I was a buyer, I would take it down and bring it back up with new construction.”

Mack battles fleas in his apartment and sees the evidence of damage from water leaks in the walls. He said the cameras in the hallways have dead spots and that drugs and prostitution have been a problem. There are elderly people in the building who would be better off in a nursing home, he said.

Residents still need more answers about the vouchers they are supposed to get if they have to move out, Mack said. How long will they be good for? Will they include moving expenses? What if someone finds a place earlier than the time of the move-out — can they still get a voucher?

“It wasn’t clear how the vouchers would work,” he said. “Nothing was in writing.”

Another resident, James Jenkins, said he likes living at Crystal Towers because it is convenient. But he said the building’s condition means a change is needed.

“I think (the sale) is a good idea because the building is crumbling,” Jenkins said.

Deborah Watkins, who has lived in Crystal Towers for four years, said she too likes living there because it is downtown.

“I’m not going to worry about it because God is going to take care of that,” she said. “I will have somewhere to go.”

Derwin Montgomery, who has been the city council’s strongest affordable-housing advocate, said that losing 200 units at Crystal Towers means those people will be taking that number of other affordable housing units off the market.

“We need to go back to the drawing board and figure out how to do it,” Montgomery said.

The large “For Sale” sign that’s sprouted outside the Crystal Towers apartments is hard to miss.

Crystal Towers resident Willie Mack stands on the balcony of his floor in the high-rise apartment building, which was recently put up for sale by the Housing Authority of Winston-Salem.

James Jenkins, a resident of the Crystal Towers building, says he likes living there because it is convenient, but adds that selling Crystal Towers is a good idea because “the building is crumbling.”

Willie Mack stands in the living room of his apartment in Crystal Towers.