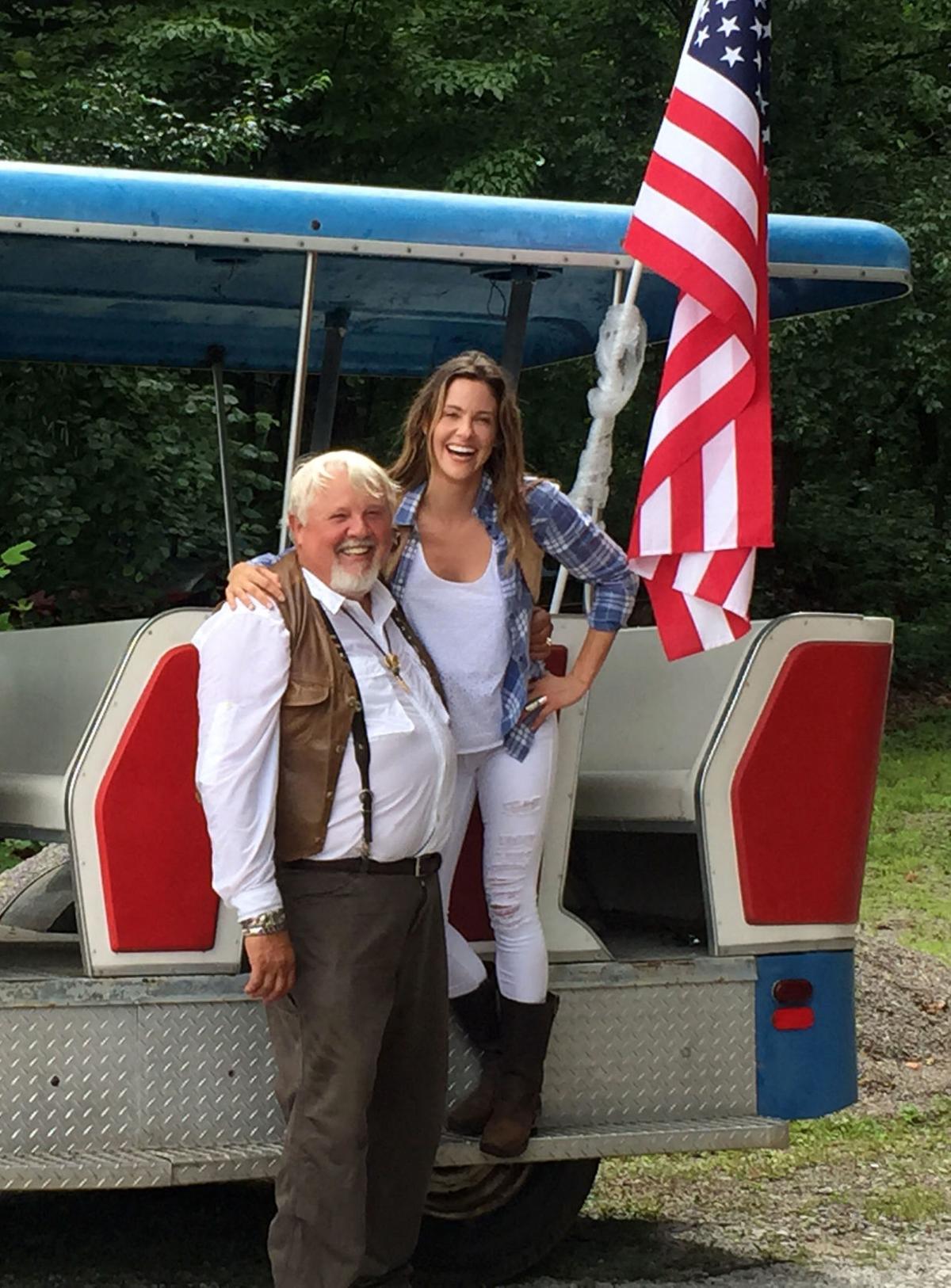 Jill Wagner and her dad, David Wagner, are shown in a scene from “Jill and Dad’s America.” 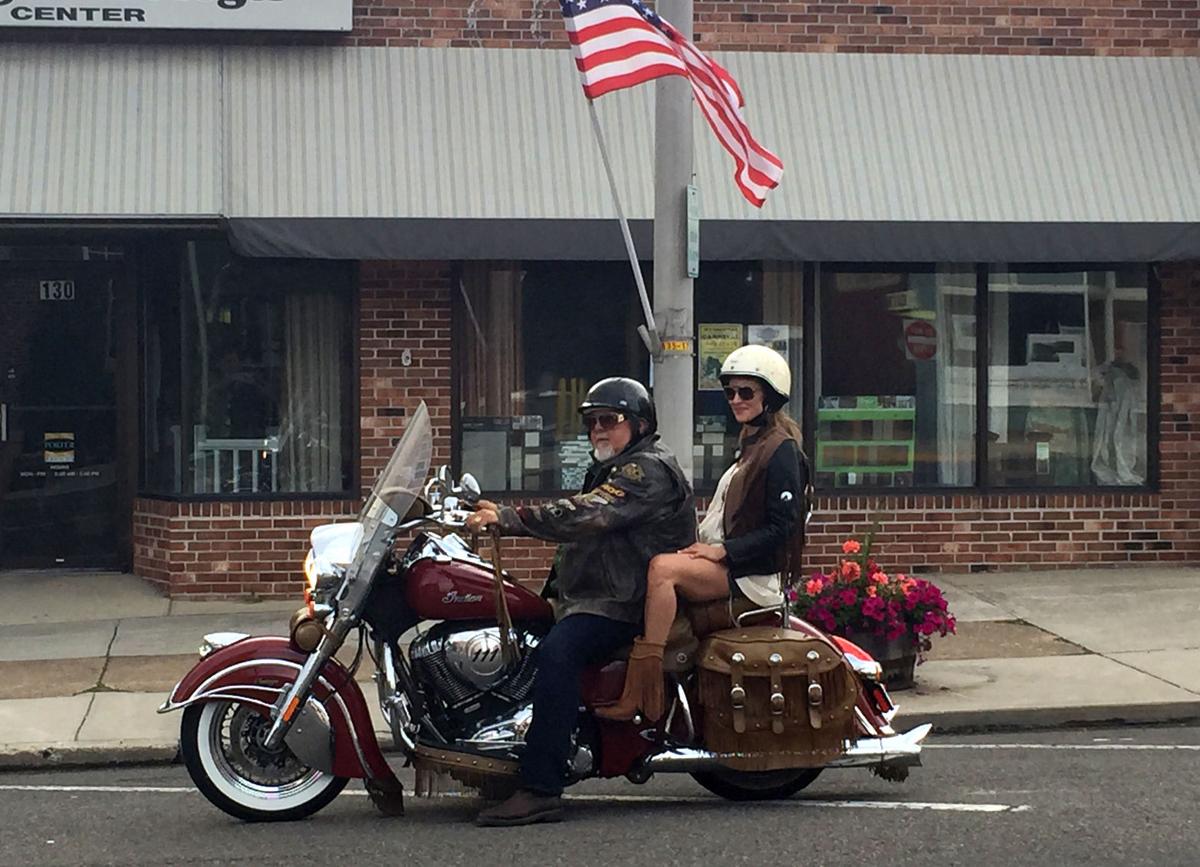 Jill Wagner and her dad, David Wagner, ride his Indian motorcycle that he has named “Rooster” in Wytheville, Va., in a scene from “Jill and Dad’s America,” airing Sunday on the Travel Channel. 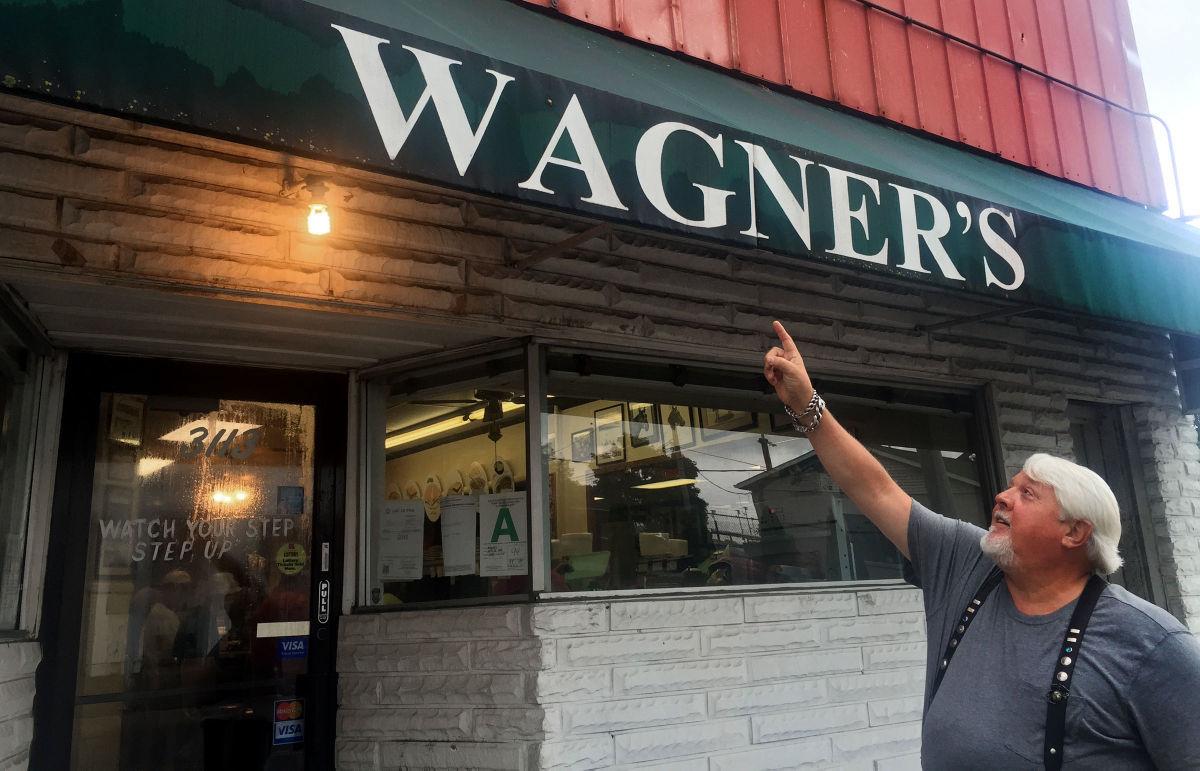 Now, she’s spending some quality time with her dad — on national television.

Two episodes of “Jill and Dad’s America,” a travelogue series, will air Sunday on the Travel Channel at 6 and 6:30 p.m. If they do well enough in the ratings, the Travel Channel may order more. The show follows Wagner and her father, David Wagner — who ran Wagner Tire in Winston-Salem until retiring four years ago, and lives in northern Davidson County — on a road trip around the Southeast.

“Fun is an understatement when it comes to this show,” she said. “I think probably out of all the trips I’ve been on with my dad, it’s some of our best moments.”

“We play around a lot, we always have,” David Wagner said. “Even though she’s been in L.A. for what — 13, 14 years now? — when we do have the opportunity to be together, we just shoot the breeze and have a good time.”

Jill Wagner, 36, grew up in the Triad and moved to California to pursue a modeling career before shifting her focus to television commercials, TV appearances and film roles. She is perhaps best known as one of the hosts of ABC’s reality competition show “Wipeout,” but also had roles in the supernatural action shows “Blade: The Series” and “Teen Wolf,” and on Kutcher’s prank show “Punk’d.”

After her dad retired following a 40-year career, she wanted to find a way to spend more time with him.

“We both love to travel,” she said. “My dad travels on his motorcycle all the time. So I combined our love for travel and just put a camera on us. I don’t see how in the world I got it sold, but I did.”

About a year and a half ago, she pitched the idea of “Jill and Dad’s America” to the Travel Channel. In July, they shot the two episodes that will air Sunday.

“Hopefully, if we do well enough with the ratings,” she said, “we’ll start shooting at the beginning of next year for the ‘back 11,’ ” which would make enough episodes for a 13-episode first season.

David Wagner hasn’t seen the final results and won’t until they air Sunday.

“I’ve seen them, but of course I’m not going to let him see them until then,” Jill Wagner said. “I want him to see himself on TV for the first time.”

David Wagner said it had been “absolutely a joy and a riot to get off the couch and do something. I’ve been retired ... and I’ve been sort of in limbo.”

“For me that was a huge motivation, as well, for the show,” Jill Wagner said. “Not only was it just me and my dad traveling, but it was to try to motivate people to look in their backyard, and spend time with their families. You don’t have to go far. We didn’t go far; we spent some of our time in North Carolina. There’s so much beauty in each state, no matter where you’re from. If you can, just take the time now to spend it with your family, because in 10 years you may not be able to do that.”

Among the places they visited were Siler City and Love Valley in North Carolina, and also sites in Virginia, Kentucky and Tennessee. Their adventures include visits to a goat farm, a dinosaur park and a hot dog-eating contest.

If the show gets picked up for more episodes, “We’re going to go cross-country,” Jill Wagner said. “That’s the goal, for us to take on every state.”

If they film more episodes, they hope to get Jill’s brother, Brandon, into the mix as well.

Jill Wagner said she was impressed with how well her father, 67, adapted to a busy shooting schedule, having to get up at 6 a.m. and film until about 9 each night. She said she was happy that “he still had that much get-up-and-go in him.”

“Being around her gave me more spirit than I had,” he said. “I was able to bloom, myself, into being more energetic and more appreciative of what I was observing.”

“Even if we just have these two (episodes), it’s still been the best experience,” Jill Wagner said. “We both can’t be sad about that, you know what I mean? We’re very grateful for those two episodes. I just hope we can do more.”

If you had a show on the Travel Channel, where would you go? Tell us at Facebook.com/WinstonSalemJournal.

Jill Wagner and her dad, David Wagner, are shown in a scene from “Jill and Dad’s America.”

Jill Wagner and her dad, David Wagner, ride his Indian motorcycle that he has named “Rooster” in Wytheville, Va., in a scene from “Jill and Dad’s America,” airing Sunday on the Travel Channel.