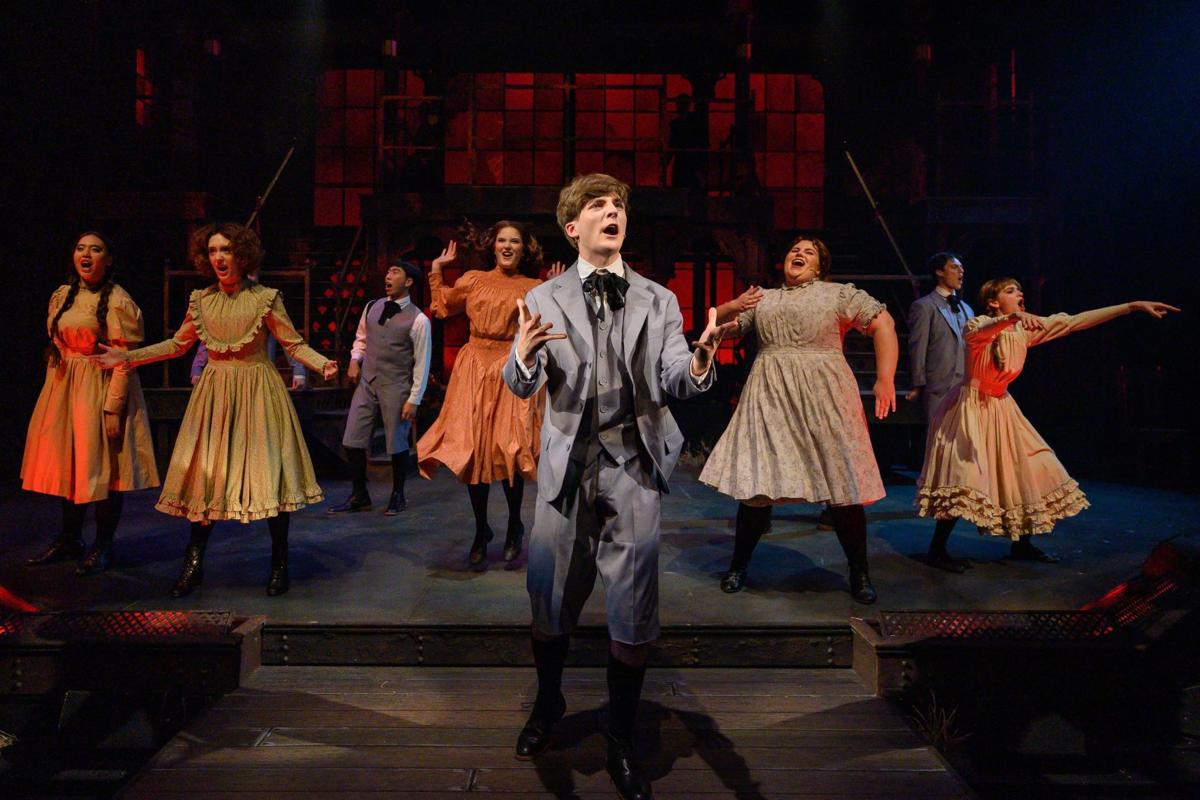 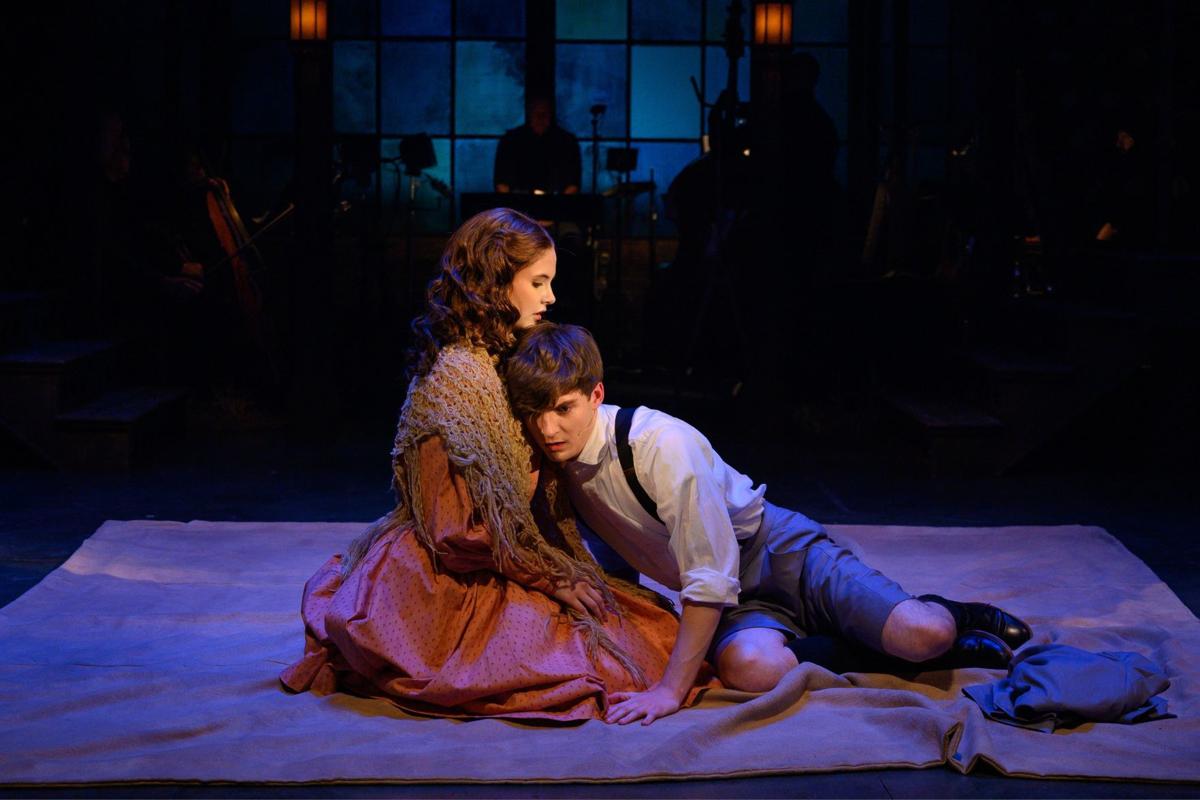 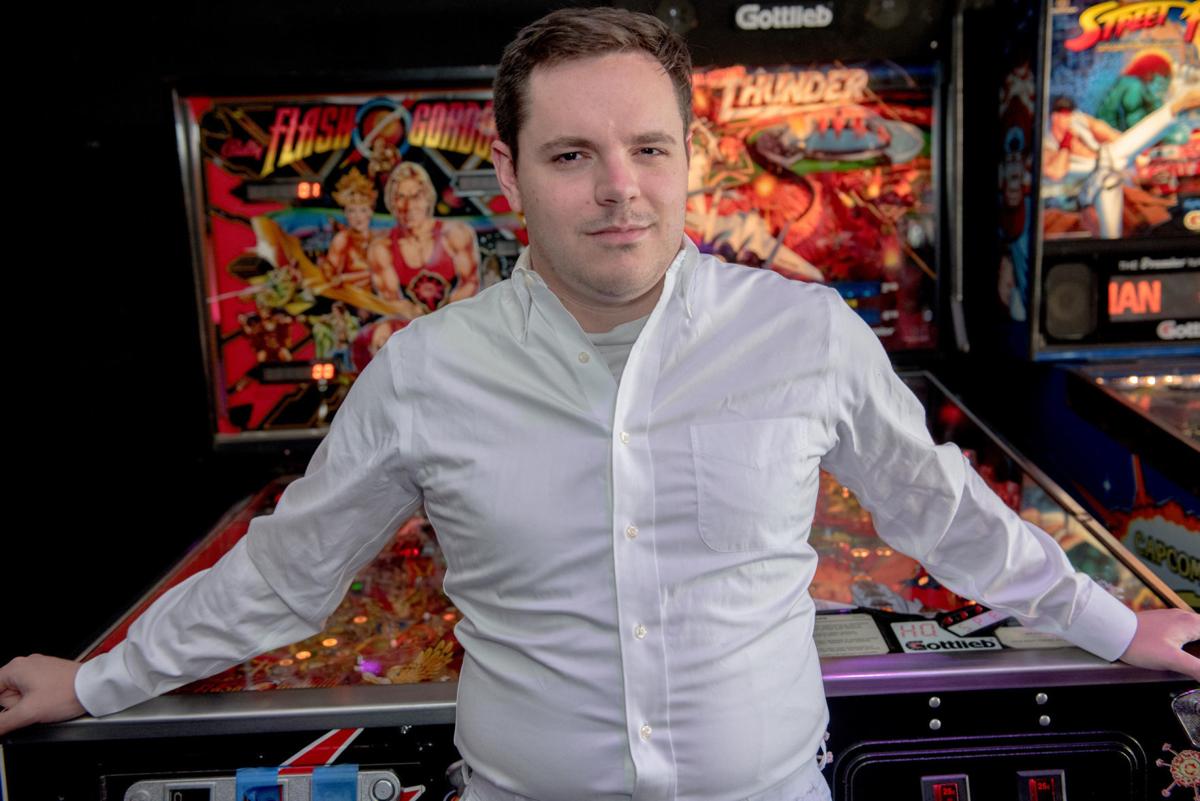 Jake Messina has the title role in “The Who’s Tommy” at the Theatre Alliance of Winston-Salem.

Jake Messina has the title role in “The Who’s Tommy” at the Theatre Alliance of Winston-Salem.

Two shows that explore repressed youth through the lens of rock music opened this weekend in Winston-Salem. Two more aesthetically different shows could hardly be imagined, but both illustrate the dangers of silence and secrecy.

“Spring Awakening” at UNC School of the Arts, which opened Thursday, takes a microscope to every conceivable issue of adolescence — most important, sex education, or the lack thereof; illegal abortion; suicide; sexual abuse and incest; tyrannical teaching and child-rearing.

“The Who’s Tommy” opened Friday at Winston-Salem Theatre Alliance. It casts a jaundiced eye on many of the same problems, adding drugs and bullying to the mind-control techniques wielded by authority figures.

In “Spring Awakening,” the lockstep mentality of the adults is emphasized by having Justine Marler and Jasper Keen play all of the adults. These two do a fine job, and the subtle makeup designed by Harley Haberman gives them just the right amount of age on their performing peers.

The university’s design and production department plays as much of a role in UNCSA productions as the drama department does. This show’s set, costumes, wigs, sound and lighting design frame it squarely in the 19th century, while the music by Duncan Sheik and lyrics by Steven Sater ground it firmly in the present.

In the leading roles of Wendla, Melchior and Moritz, Ainsley Seiger, Trey Fitts and Chase Dillon are passionate and compelling in their appeal for understanding and compassion.

In the opening song, “Mama Who Bore Me,” Seiger’s Wendla begs her mother to tell her the facts of life and prepare her for womanhood. Marla, in the role of Mother, refuses to enlighten her daughter and simultaneously shames her for wanting to dress like a free-and-easy girl instead of in a way that is proper and restrictive.

It perfectly sets the tone for all that follows.

According to the program notes, choreographer and faculty member Krisha Marcano encouraged the actors to contribute “moves” that express their characters’ frustration, anxiety and confusion. This piece of the show is completely successful, especially in the number “Totally Fd.” The dancing is percussive, exuberant, infectious.

In both productions, the orchestra/bands are onstage, which contributes to the rock ’n’ roll effect. The music — 2000s emo in “Spring Awakening” and raw 1960s rock in “Tommy” — is paramount and well-performed.

The band in “The Who’s Tommy” could have turned up the volume, especially in the finale. Laura Wind, Gwen Gregory, Allan Beck, Aaron Beck, Ron May and Erin Lopp keep the show moving with virtual nonstop playing of a challenging score.

One song added to the musical is a terrific duet between Tommy’s parents, Captain and Mrs. Walker, “I Believe My Own Eyes,” that expresses their frustration after years of trying to heal the son whom they wounded to begin with.

Donna Schimmenti and Steve Robinson are effective in the parental roles. Schimmenti is especially expressive.

Jake Messina makes a rock-star effort as the adult Tommy, with two other young actors as Tommy at 4 and 10.

The staging, while always bubbly, seems a bit too literal at times. At other times, more music and less dancing may have sufficed. And I would like to have seen much more made of both pinball machines. Bells and whistles, anyone?

Standouts in the cast include Ken Ashford as the horrid Uncle Ernie, James Crowe as the sadistic Cousin Kevin, and the dazzling Mary Margaret Coble, both as Sally Simpson and in the ensemble. The whole Acid Queen scene, starring Denise McKibbin, is good, sexy fun.

I have always found the messages in “Tommy” to be a little bit perplexing, especially when it hits on the reluctant messiah theme. To its credit, this production clarifies that a little.

In “Spring Awakening,” however, the message is crystal: Teach your children well, and kindly, or you will reap the whirlwind.

Note: recommended for mature audiences only

Length: One hour, 40 minutes with no intermission