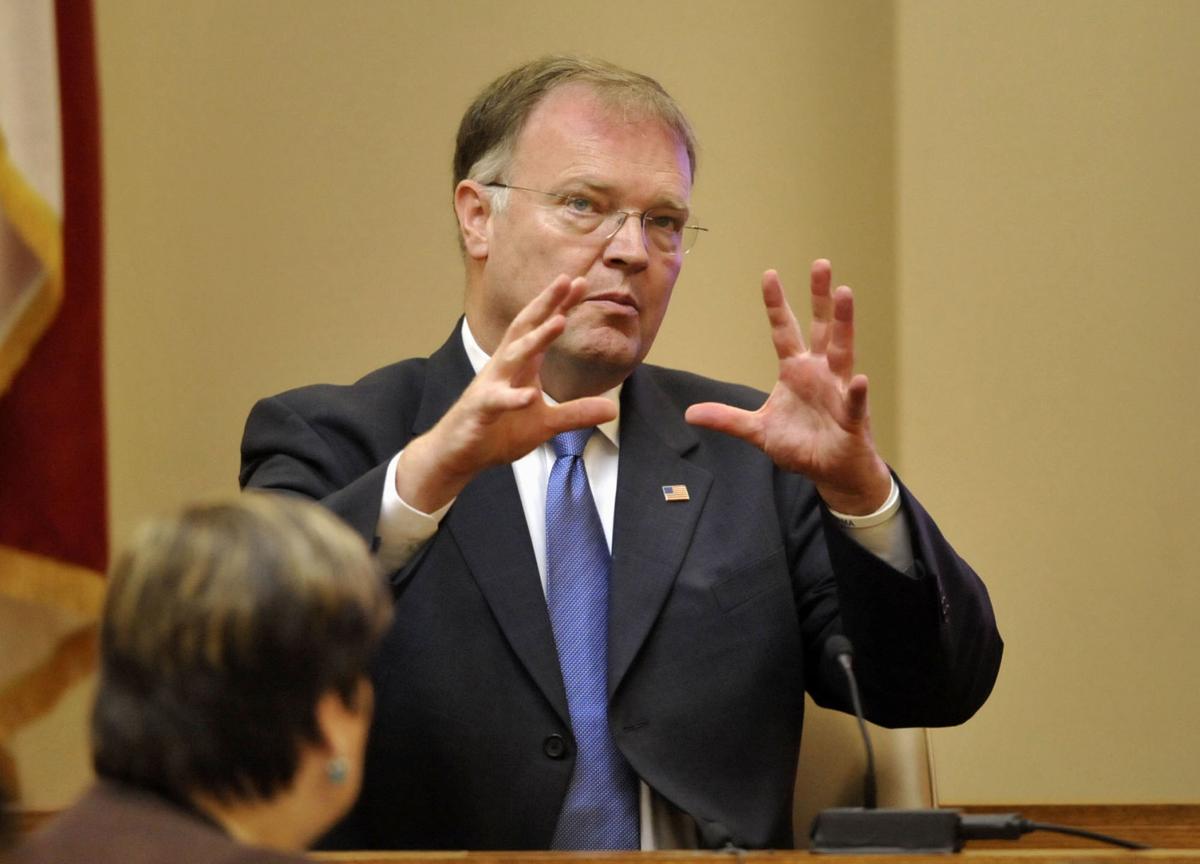 Kirk Turner testifies during his murder trial in Davie Superior Court in 2009. 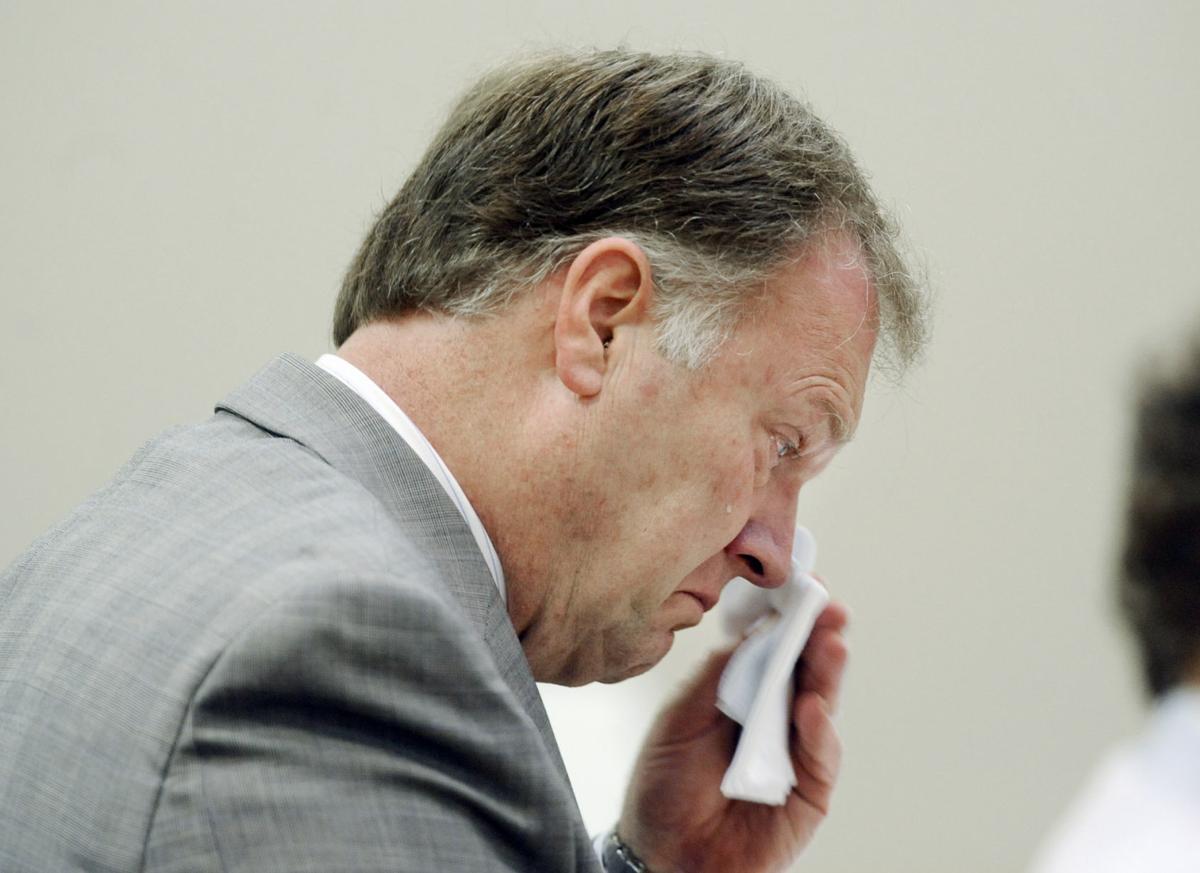 Journal photo by Lauren Carroll — 07/31/09 — Kirk Turner wipes away tears as graphic photos and descriptions are shared during opening arguments during his trial in Mocksville Friday. CIT 01 TURNER CAR

Kirk Turner testifies during his murder trial in Davie Superior Court in 2009.

Journal photo by Lauren Carroll — 07/31/09 — Kirk Turner wipes away tears as graphic photos and descriptions are shared during opening arguments during his trial in Mocksville Friday. CIT 01 TURNER CAR

Nearly 10 years after Dr. Kirk Alan Turner was acquitted of a murder charge in the stabbing death of his estranged wife, his lawsuit alleging that two agents with the State Bureau of Investigation tried to frame him for murder has been settled for $200,000, Turner’s attorney said Thursday.

Turner, a Clemmons dentist, claimed in the lawsuit he filed in Forsyth Superior Court in 2011 and amended in 2012 that SBI agents Duane Deaver and Gerald Thomas fabricated blood evidence in an effort to support Davie County prosecutors’ theory of the case.

Turner was charged with first-degree murder in the death of his wife, Jennifer Wittwer Turner, on Sept. 12, 2007. Davie County prosecutors argued during a months-long trial that Kirk Turner, upset over a pending divorce and a lawsuit that his wife had filed against his girlfriend, slashed Jennifer Turner twice in the throat.

Her body was found in the shop building at 627 Jack Booe Road in Davie County, the house the couple once shared. Her trachea and windpipe were cut and her jugular vein and carotid artery were hit, according to testimony at the trial. Her cervical spine was cut in two places.

Kirk Turner claimed self-defense, saying that Jennifer Turner stabbed him in the groin area with a 7-foot long spear. The jury found Kirk Turner not guilty by reason of self-defense. The case was highly publicized and CBS’s “48 Hours Mystery” featured the case.

Turner’s lawsuit went all the way to the N.C. Supreme Court, which ruled that the suit could go to trial, scheduled to start June 1. John Vermitsky, Turner’s attorney, said Thursday that the lawsuit was settled for $200,000. According to Vermitsky and court documents, a settlement was reached on all issues on March 8 during a mediation conference. Patty McQuillan, a spokeswoman for the SBI, confirmed that the lawsuit was settled but did not have any further comment.

At some point, Vermitsky will file a notice of voluntary dismissal with prejudice with the court system. Once he files the notice, the lawsuit cannot be re-filed.

“My client is glad to put this chapter of his life behind him,” Vermitsky said Thursday. He said he hopes that the “SBI will be more careful in how it handles these investigations in the future.”

As with most settlements, the SBI, Thomas and Deaver and the other defendants named in the lawsuit have not admitted any liability. In court documents, they denied the allegations.

According to court documents, Thomas went to the crime scene two days after Jennifer Turner’s body was found. He performed a bloodstain analysis on clothing found at the scene, including a gray T-shirt that Kirk Turner had been wearing the day Jennifer Turner died.

Two weeks later, the SBI agent presented his findings and wrote in a report that the shirt “was consistent with a transfer bloodstain pattern” that resulted from a bloody hand being wiped on the shirt. Turner was indicted for first-degree murder on Dec. 13, 2007.

On Jan. 15, 2008, Thomas and Deaver met with then-Capt. Jerry Hartman, the lead investigator with the Davie County Sheriff’s Office (Hartman is now the sheriff of Davie County), and a Davie County prosecutor. During that meeting, Thomas and Deaver and others said Kirk Turner killed his wife to avoid a divorce and a subsequent equitable distribution proceeding, according to court documents. They also believed that Kirk Turner stabbed himself with the spear and made the crime scene look as if he killed Jennifer Turner in self-defense. They concluded that Kirk Turner smeared his shirt with the knife and not his hand.

After the Jan. 15, 2008 meeting, Thomas and Deaver conducted further tests to support prosecutors’ theory of the case. This was done with approval of Robin Pendergraft, then the SBI director, according to the lawsuit and other court documents.

Deaver and Thomas videotaped themselves conducting the experiments, according to the lawsuit, to obtain a blood smear from a knife that was similar to what was on Turner’s shirt.

At one point in the video, Deaver is heard saying, “Oh, even better! Holy cow, that was a good one.” He’s also heard saying, “Beautiful! That’s a wrap, baby!”

The lawsuit alleged that Thomas then created a second report, replacing language that said the smear was consistent with a bloody hand being wiped on the shirt to language saying that the stain was “consistent with a pointed object being wiped on the shirt.” The report said that the examination took place on Sept. 14, 2007, even though it really took place on Jan. 15, 2008.

This wasn’t the first time Deaver was accused of misconduct.

Deaver’s work was questioned in the case of Greg Taylor, who spent 17 years in prison for the 1991 murder of Jacquetta Thomas. In 2010, the N.C. Innocence Inquiry Commission exonerated him after it was revealed that Deaver gave misleading testimony about blood evidence during Taylor’s trial.

In another case, a judge threw out the 2003 murder conviction of Michael Peterson, a novelist accused of killing his second wife, because he determined that Deaver lied on the stand. Peterson spent eight years in prison before the judge ordered a new trial. Last year, Peterson entered an Alford plea to voluntary manslaughter, meaning that he did not admit guilt but acknowledged that prosecutors had enough evidence to convict him if the case had gone to trial. He was given credit for the years he spent in prison, which was more than the actual sentence, so he walked out of court a free man.

Deaver was eventually fired. The work of Deaver and Thomas in Turner’s case was noted in a series of stories that The News & Observer of Raleigh did in 2010 on the SBI, which showed that SBI agents ignored evidence and tailored their cases to fit prosecutors’ theories.

Then-Attorney General Roy Cooper removed Pendergraft as SBI director. A 2010 audit ordered by Cooper, who is now governor, found that the SBI withheld or distorted evidence in more than 200 cases.

According to the SBI’s website, Thomas is still employed with the agency. According to The News & Observer’s database of state government workers, Thomas is assistant director of field services and has an annual salary of $99,742.