The news Friday, as reported in the morning paper, was similar to what we see most days around here.

A court hearing for that cartoonish nut job charged with killing two people and burying them in the backyard of his mother’s house was continued. Schools don’t have enough money or teachers. And prep work on the forthcoming Nightmare on Broad Street — the two-year-closing of Business 40 — continues.

Further back, we learned Bojangles’ will be selling stock as a publicly traded company, expensive airline tickets at Piedmont Triad International is sending travelers to Raleigh and Charlotte, and the Carolina Panthers picked a linebacker in the NFL draft.

Interesting? You bet. And useful, too. Some things you need to know (Business 40), some things you should know (the teacher shortage) and some you want to know (the status of Charles Manson-lite, Pazuzu Algarad.)

The best story of the day, for my money, was back on Page A16 — a brief recounting of the life of a man named Gene Gillam.

A black-and-white photograph of Gillam shot years ago leaped right off the page.

It shows a confident young man, a newly minted graduate of The Citadel wearing the uniform of a bomber pilot in the service of his country during World War II, and pulled the careful reader right into his story.

Gillam was born in Iowa and grew up in Greensboro before heading to The Citadel. He became a pilot with the U.S. Army Air Force and flew B-26 bombers.

Sixty-one times he flew missions over Normandy, northern France, the Rhineland and the Ardennes. He was shot down several times, and was rescued by French families and the French Resistance — the sorts of things that awe us today but were almost routine to men of his generation.

“Daddy kept those (memories) to himself,” said Susan Laster, one of Gillam’s daughters. “He only ever told us two war stories.”

One was a brief summation of being sheltered by the French Resistance after crash landing, and the other was about a German Shepherd named Smoky that flew with Gillam on his missions.

“Daddy liked to tell us as kids about one long mission and when they came back, Smoky jumped out of the plane and ran and ran and ran until he found a patch of grass,” Laster said. “He just made us laugh and laugh thinking about that dog holding it for so long.”

Like a lot of his contemporaries, Gillam got busy right after the war blending into — and helping build — his community. He returned home to his wife and young son, had a couple daughters and went to work for the Jefferson Standard Life Insurance Company.

It was through his hobbies that a lot of people got to know Gillam. He was an avid runner and, later on, became something of a pioneer within the local cycling community. That’s where Ken Putnam, the owner of Ken’s Bike Shop, first met and got to know Gillam.

“He used to live out in Lewisville, on Grapevine (Road),” Putnam said. “A group of us would meet out at his house and just go ride. That’s why all the rides now start in Lewisville, because we’d leave from Gene’s house.”

That might not mean much unless you’re one (or married to one) of the spandex-wearing fanatics who jump on bikes to ride out rural roads through Yadkin and Davie counties.

“He took an old Texas Instrument calculator, wired it up to his bike and used it to calculate the miles,” Putnam said.

Again, that might not seem like much more than a couple of guys out indulging a hobby — until you consider what has transpired since a handful of oddballs started heading west from Gillam’s house in Lewisville each weekend in the early 1970s.

The routes plotted out by that little group eventually got written down, named and taught turn-by-turn to new groups of riders as they discovered the sport. That small group grew by twos and threes, and turned into other groups of differing interests and abilities.

These days, hundreds of riders leave from Lewisville in any given week throughout the spring, summer and fall.

That small hobby has morphed into a decent-sized industry that supports five local bike shops and, in turn, helped lead to the city beginning to make a mark in a niche sport by being the host for the forthcoming Winston-Salem Cycling Classic pro bike race and a U.S. Olympic cycling training center downtown that will lead to further exposure and even more economic opportunities.

Think that’s not a big deal? Ask any of dozens of downtown merchants — the restaurants and pubs especially — what that means to their bottom lines.

Not a bad legacy at all, being known as a pioneer and a builder in the community. And come to think of it, it makes for a pretty good story, too.

Are animals using social distancing to protect themselves from infections?

Are animals using social distancing to protect themselves from infections? 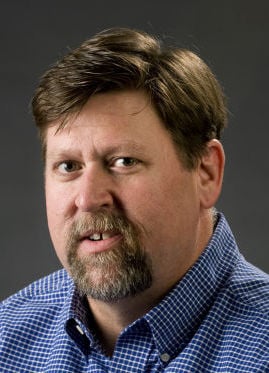