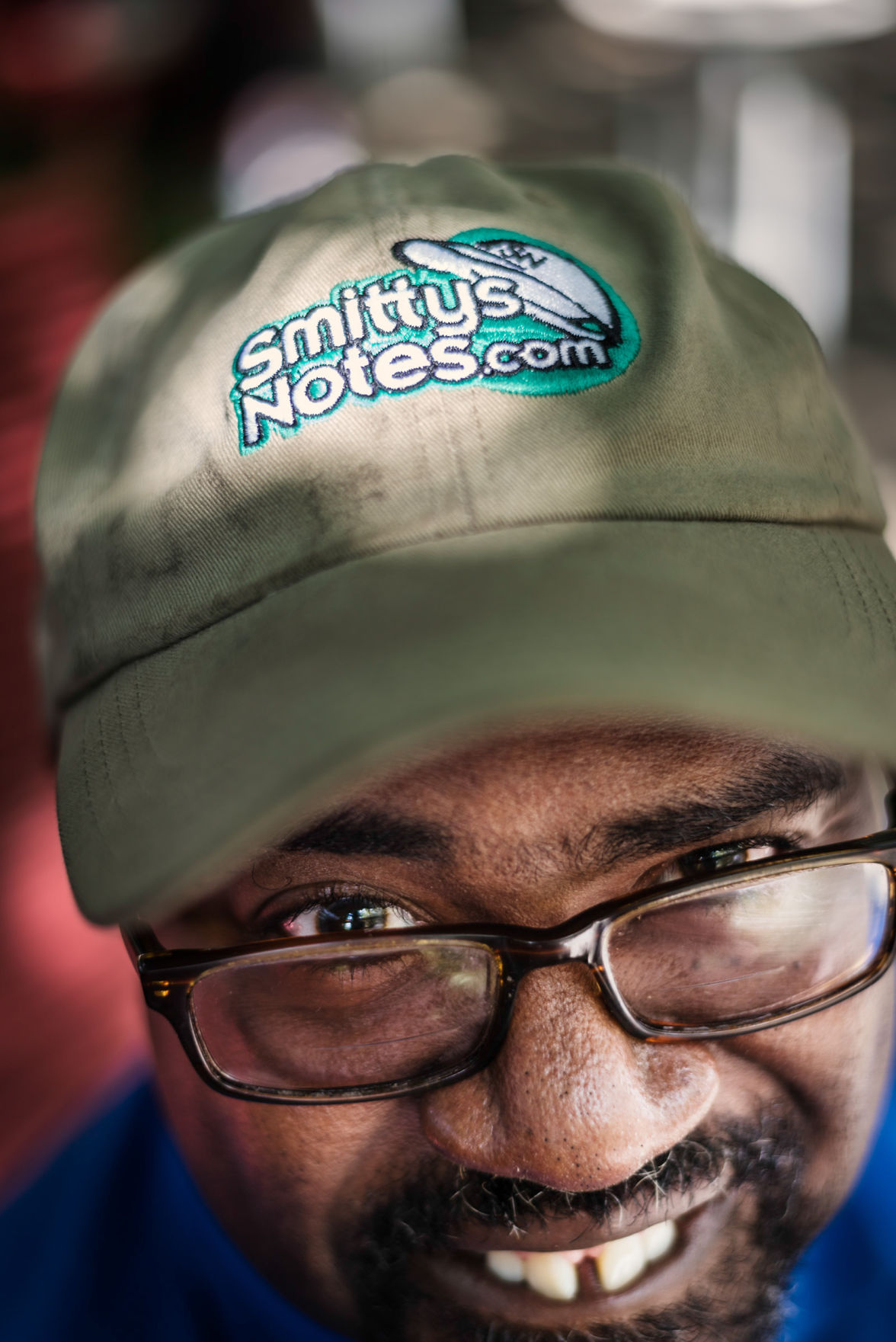 Jeff Smith, the founder of Smitty’s Notes, the community events newsletter people turn to in search of things to do in the city, has overcome such struggles as learning in 2009 that he had multiple sclerosis to successfully grow his audience to nearly 17,000 email subscribers. 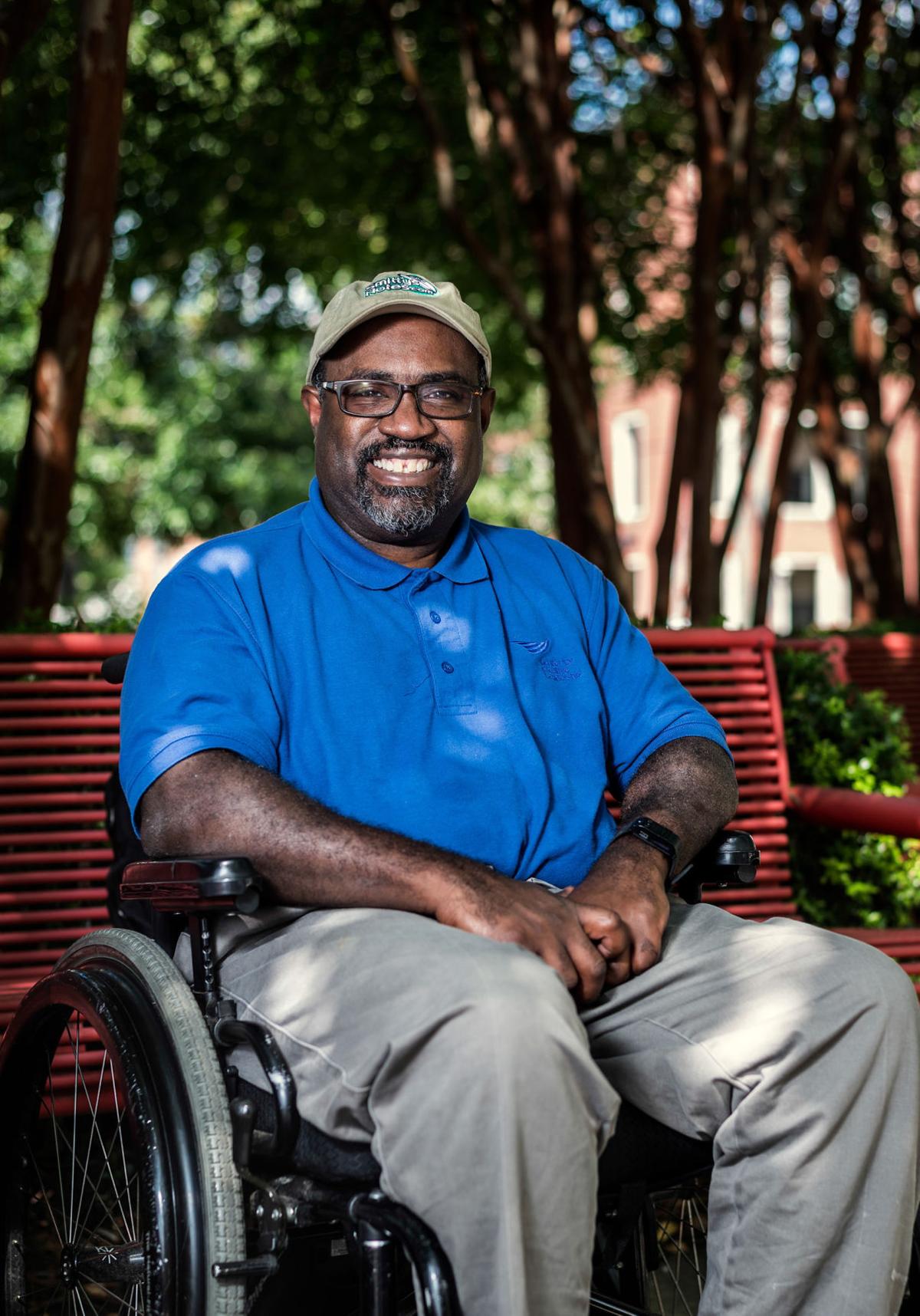 Jeff Smith, the founder of the e-newsletter Smitty’s Notes, is photographed in a shaded area next to KeraNetics on Thursday, Sept. 21, 2017, on South Chestnut Street in Winston-Salem, N.C. Smith has overcome struggles such as being diagnosed with Multiple Sclerosis in 2009, and over the years, has successfully grown an audience of nearly 17,000 email subscribers. (Winston-Salem Journal/Allison Lee Isley) 20170922w_nws_smitty

It started as a joke among friends, but 20 years later, Smitty’s Notes is still going strong.

The online newsletter shares upcoming events and community news in Winston-Salem. It has grown from an audience of 10 to nearly 17,000 email subscribers.

“I always thought people knew exactly what was going on, but they didn’t,” founder Jeff “Smitty” Smith said. “I wanted to open more doors where people could look at my newsletter and think ‘Maybe I should do this or that.’”

Founded in 1997, it started as an email chain among a handful of friends as to what they should do on a Friday night. Smith would spout all the options of events in the community, which his friends dubbed “Smitty’s Notes.”

The emails were passed around to others until Smith had a steady following. The idea grew from there with the newsletter celebrating 20 years this year.

“I can’t believe it’s been 20 years already,” Smith said. “There are many, many different pieces of Smitty’s Notes, from being a newsletter to community-board work.”

In honor of the 20-year milestone, Smith resurrected some of the popular community events he has spearheaded in years past.

Smith held an dinner recently with community members and Eric Tomlinson, the chief innovation officer of Wake Forest Baptist Medical Center, in an event reminiscent of his days heading a dinner program called “Evening with Eight, Plus Smitty.” The program, which ran from 2001 to 2011, connected people with community leaders.

“Jeff has a tremendous following and respect that has made him a local celebrity,” said Jason Thiel, the president of the Downtown Winston-Salem Partnership. “He has contributed immensely to our city.”

Thiel said the newsletter introduces people to events in the city and makes the community feel more welcoming to new residents.

He praised Smith for the longevity of the newsletter that has also been a major avenue for event producers.

“Smitty’s Notes highlights a lot of the cool things going on in Winston-Salem,” Thiel said. “Jeff has been a leader in our city for such a long time, long before there was even Facebook.”

As the years have passed, Smith has had to remodel his platform in the changing technological landscape.

When he first started, email was still new, he said, and he had to quickly acclimate in 2007 with the boom of social media.

His Facebook page, which has 9,300 fans, has become a site for the community to post about events or chat, he said.

“Sometimes you’ve got to stop and look around before you get caught up in the rat race or hamster wheel, working and working and not realizing things are changing around you,” Smith said. “I’ve learned to embrace change.”

The means to disseminate information changed, but Winston-Salem itself also has grown and flourished like he never imagined, Smith said, especially in the Wake Forest Innovation Quarter.

Though he works full-time as a litigation paralegal in Greensboro, Smith lives in Winston-Salem and has always called it his home.

“I had a girlfriend in the late-’90s who said ‘I think Winston-Salem is your mistress,’” he said. “This is my home, and I think the newsletter came at just the right time to help downtown thrive.”

There have been bumps in the road for Smith, who was given a diagnosis of multiple sclerosis in 2009 and had to take a short hiatus from Smitty’s Notes.

In the end, he decided it was his passion and his duty to continue.

He uses a wheelchair to get around almost all of the time because of the disease and because his muscles have weakened, he said.

But Smitty’s Notes has become a way to raise awareness about MS. It’s one of the many benefits of having such a platform, he said.

“The newsletter and website has had a phenomenal impact in showing what Winston-Salem has to offer over the years,” Smith said. “It has shown people how to better connect with their community.”

Both drivers were pronounced dead at the scene of the crash near the intersection of Hanes Mall Boulevard and Old English Court.

Jeff Smith, the founder of Smitty’s Notes, the community events newsletter people turn to in search of things to do in the city, has overcome such struggles as learning in 2009 that he had multiple sclerosis to successfully grow his audience to nearly 17,000 email subscribers.

Jeff Smith, the founder of the e-newsletter Smitty’s Notes, is photographed in a shaded area next to KeraNetics on Thursday, Sept. 21, 2017, on South Chestnut Street in Winston-Salem, N.C. Smith has overcome struggles such as being diagnosed with Multiple Sclerosis in 2009, and over the years, has successfully grown an audience of nearly 17,000 email subscribers. (Winston-Salem Journal/Allison Lee Isley) 20170922w_nws_smitty