Stories of a lost landmark: The Robert E. Lee Hotel
0 Comments
Share this
{{featured_button_text}}
1 of 2 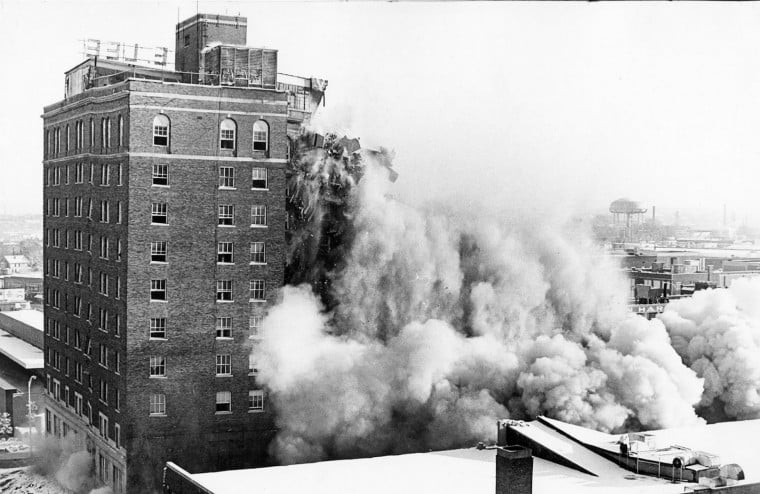 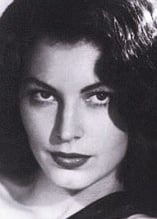 The Robert E. Lee hotel was a gleaming 10-story symbol of Winston-Salem's boom time when it opened its doors in 1921.

In the heart of downtown on Fifth Street between Cherry and Marshall streets, it was a local gathering place for dining, socials and civic club meetings.

It was also the main destination for out-of-towners. Among its famous guests were Ike and Mamie Eisenhower, Bob Hope, Ava Gardner, Frank Sinatra and Joe DiMaggio.

Reba Jones, a volunteer in the Central Library's North Carolina Room, remembers going to dances on the hotel's rooftop.

"That was a place for us here," Jones said. "It was a big part of downtown."

And on a cold spring day 40 years ago Monday, 300 charges of dynamite brought the whole thing crumbling down, ushering in a new era that now incorporates two hotels and the Benton Convention Center.

Swapping the old Robert E. Lee for two new hotels was a pivotal event in the history of the city, said Gayle Anderson, president and CEO of the Winston-Salem Chamber of Commerce.

"It makes a statement that the city is vibrant enough to support two nationally known hotels," she said.

The proposal for the Robert E. Lee hotel came as the city and the tobacco industry here were growing rapidly. The Zinzendorf Hotel on Main Street was then the city's marquee hotel, but developers wanted something more stylish for the growing city.

A year before the Robert E. Lee opened, the U.S. Decennial Census listed Winston-Salem as the state's largest city.

Dick Stockton ran his family's clothing store, Norman Stockton, which was across the street from the hotel. He remembers that his father, like many people in the city, would go to the hotel's restaurant for clam chowder on Fridays.

The hotel was good for the family business, Stockton said. When the Dixie Classic Fair came to town every year at the beginning of fall, the workers often stayed at the hotel.

"Usually, it turned cold at the start of the fair," he said. "We sold a lot of jackets to people on their way to work."

But the hotel also had its share of financial difficulties and, after a half-century, its age was showing and people were starting to question whether the hotel was the best venue to serve the Benton Convention Center, which had opened in 1969.

Talk about razing the hotel to build a new one began publicly in 1970. Within a year, civic clubs were canceling meetings there, citing uncertainty over the hotel's future.

The Robert E. Lee finally shut its doors in 1971. To many, its closure represented the changing pace of modern life.

"Motels and hamburgers — that's what caused the downfall of this hotel," longtime waiter Bernard Cardwell told the Winston-Salem Journal at the time of the Robert E. Lee's closing.

Early on the morning of March 26, 1972, police began cordoning off an area bounded by Fourth, Sixth, Trade and Spruce streets in anticipation of the hundreds who would flock downtown to see the demolition.

A mound of dirt had been placed around the building to control the spread of debris, and the windows were opened to reduce the spray of broken glass.

At 7:30 a.m., the first blast went off in the southern side basement of the building. What followed was a series of timed explosions through the basement and mezzanine of the building, knocking out the support columns.

The old hotel began to fall in on itself starting toward the back of the building, allowing the prominent front side, crowned by the Robert E. Lee words in its rooftop sign, to collapse away from Fifth Street.

A giant wave of dust pulsed across downtown, and the Robert E. Lee came down in a mound of bricks and dust. After a half-century, the hotel was reduced to rubble in less than 10 seconds.

To some, its destruction represented hope for the future.

"When it was time for it to come down, we got excited for what was going up," Stockton said.

For others, it was an opportunity lost. Michael Bricker has written a history of the old Zinzendorf Hotel on Main Street. (A predecessor in the West End burned to the ground in 1892.)

The Zinzendorf was torn down in August 1971, making way for the federal center that now occupies the block on Main Street between Second and Third streets.

Bricker said that at the time, many downtown buildings across the country were torn down during a push for urban renewal projects. A few years later, coinciding with the nation's bicentennial celebration, the focus shifted to historic preservation of downtown buildings.

Had those two hotels survived a few more years, Bricker believes they may have been restored instead of torn down.

"We lost so many places during urban renewal," he said.

The new hotel had a modern look designed to mimic the open feel of the Regency Hyatt in Atlanta. It boasted a nine-story open lobby with a restaurant overlooking the lobby, glass elevators and an entire wall made up of tinted glass.

Within a decade, another hotel, originally called the Adam's Mark Winston-Plaza, opened across Cherry Street from the Hyatt House.

The newer hotel had the high concentration of rooms critical to the success of the convention center, Anderson said.

"That is really important in this business," she said.

Anderson said she's not sure if the Robert E. Lee could have been preserved in a way that would also give the amenities that travelers want.