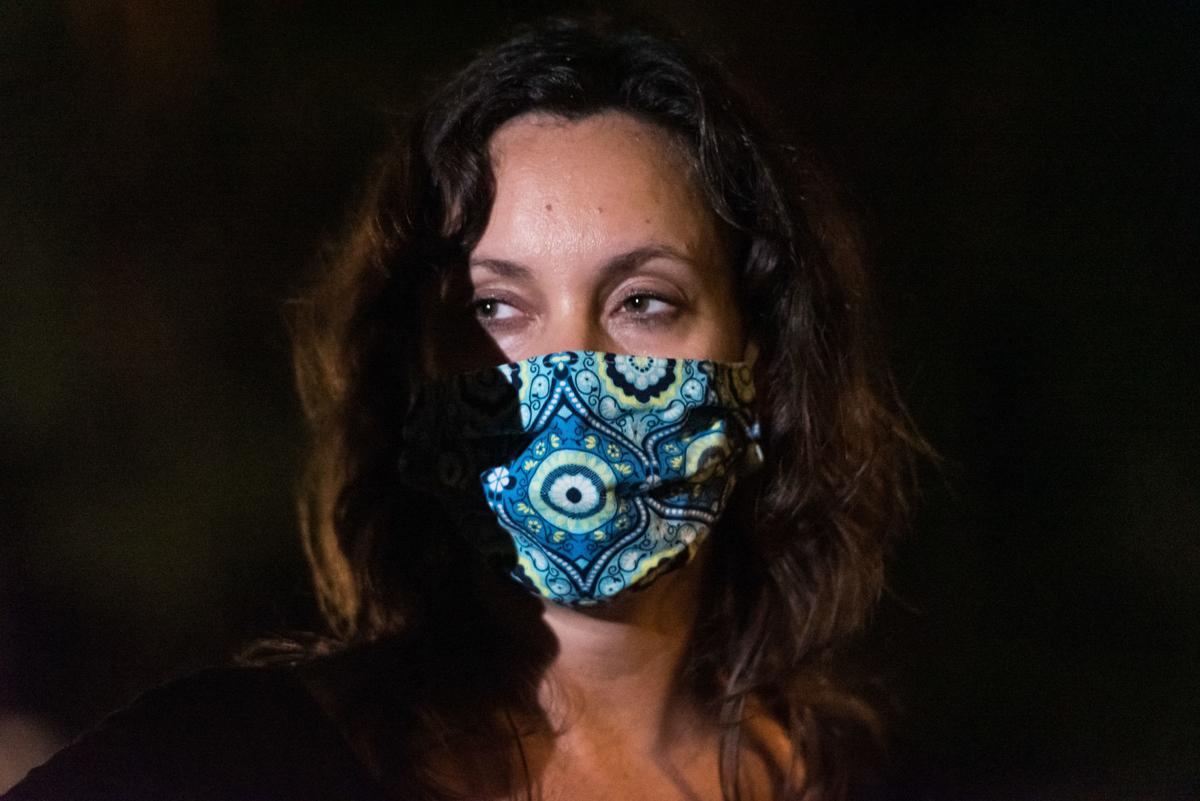 Suzy McCalley listens as her husband, Winston-Salem Mayor Allen Joines, speaks to protesters in front of their house on Tuesday on Guinevere Lane in Winston-Salem. 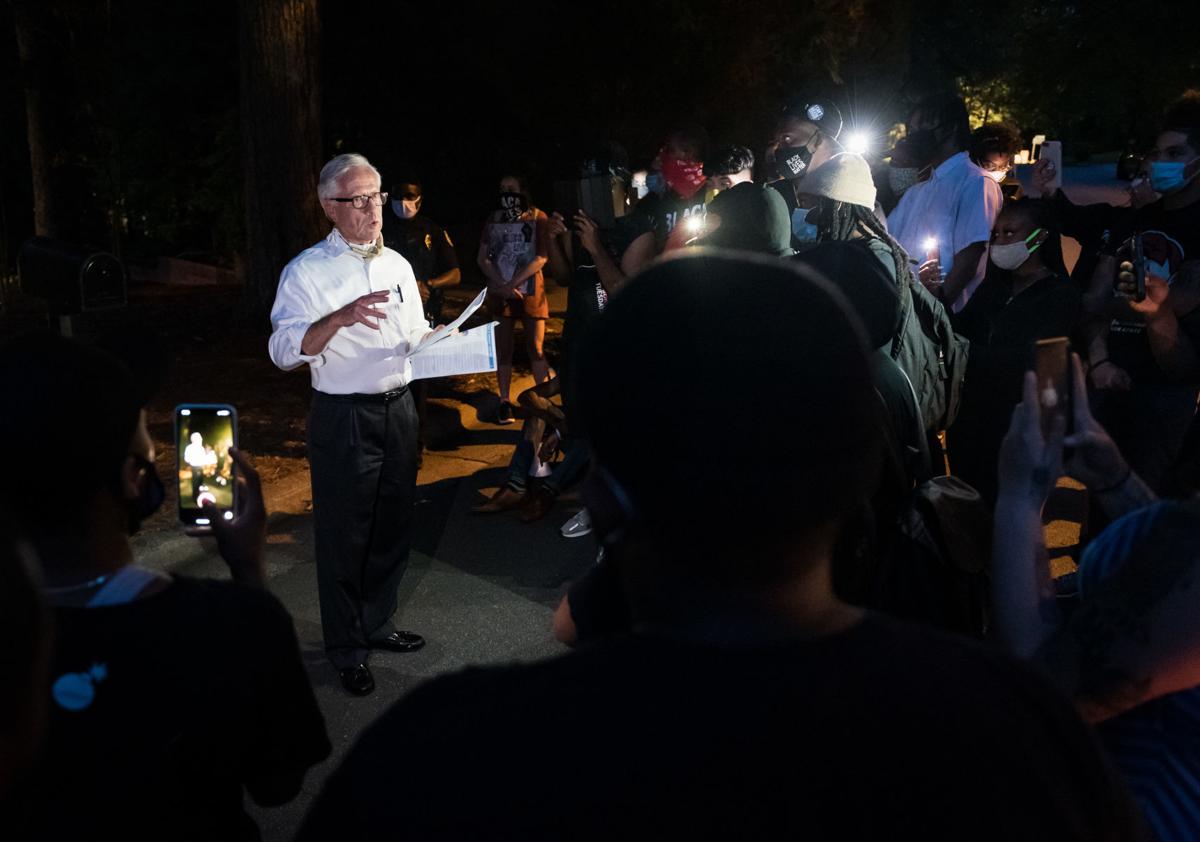 Winston-Salem Mayor Allen Joines speaks to protesters in front of his house on Tuesday, June 30.

Suzy McCalley, the wife of Winston-Salem Mayor Allen Joines, decided Tuesday night to stand with her husband when about 40 demonstrators arrived at their home in the city’s western section.

The protesters had driven to the mayor’s house for the second straight night. After they arrived, the demonstrators peppered him with questions how he and other city officials are dealing with issues surrounding the Winston-Salem Police Department, poverty and homelessness.

After Joines answered many of their questions, his wife spoke to the demonstrators. After she gave a short talk, some protesters asked each other if they knew McCalley.

McCalley told a Journal reporter Thursday that she has been active in the Winston-Salem community for the past 12 years.

McCalley said she supports the position of the protesters who are calling for an end to deadly police violence against Black people.

“I have a strong passion about this work,” McCalley said. “Hopefully, we can continue to do this together.”

In her short talk with the protesters, McCalley acknowledged that many demonstrators didn’t know her.

“You don’t know who I am,” McCalley said. “I am an immigrant from Brazil and I grew up poor. I know that I look white.”

McCalley said Thursday she has Jewish, African and European ancestors. Her mother is Brazilian and her father is a U.S. resident. McCalley lived in Brazil for 10 years as a child before her family moved to southern Florida.

“I’m trying to learn about racism, and the different groups in this culture,” McCalley said to the protesters. “This is the world that we live in.

“I will never know what it is to be Black,” she said. “I am trying to unlearn the racism and discrimination that Black people experience.”

Molly Grace, a local protester organizer, said she listened to McCalley speak to the demonstrators.

“I know her personally,” Grace said of McCalley. “I know she means what she says.”

McCalley said she decided to stand with Joines on Tuesday night because she wanted to support her husband and his accomplishments in the city.

“I wanted to meet the folks, hear and listen to them, and get to the point where we are having conversations,” McCalley said.

McCalley said she has contacted Kiana Terry, a protest organizer, to stay connected with the local community groups staging the protests. Terry couldn’t be reached Thursday for comment.

McCalley, 34, was one of the stars in the 2019 film, “Gems,” that was written and directed by Nathan Ross Freeman, a Winston-Salem playwright, screenwriter and the artistic director of Authoring Action.

McCalley, a local yoga instructor, is a native of Rio de Janerio, Brazil. She also has lived in Austin, Texas, before moving to Winston-Salem in 2008.

In 2013, McCalley opened The Breathing Room, a nonprofit center for yoga, arts, and wellness in Winston-Salem. Through that organization, yoga lessons have been provided to female inmates in the Forsyth County Jail and in six local schools, she said.

An artist, McCalley has produced a solo album, and written and produced her own plays in Winston-Salem and New York City.

“I’m hoping the use what influence I have to plug folks in so that they will be influencing in a bigger way in this community,” she said.

CLEMMONS — The village of Clemmons is denying allegations of housing discrimination made in a lawsuit that was filed against it in August.

The victim was taken to a local hospital with injuries that were not considered life-threatening.

Suzy McCalley listens as her husband, Winston-Salem Mayor Allen Joines, speaks to protesters in front of their house on Tuesday on Guinevere Lane in Winston-Salem.

Winston-Salem Mayor Allen Joines speaks to protesters in front of his house on Tuesday, June 30.