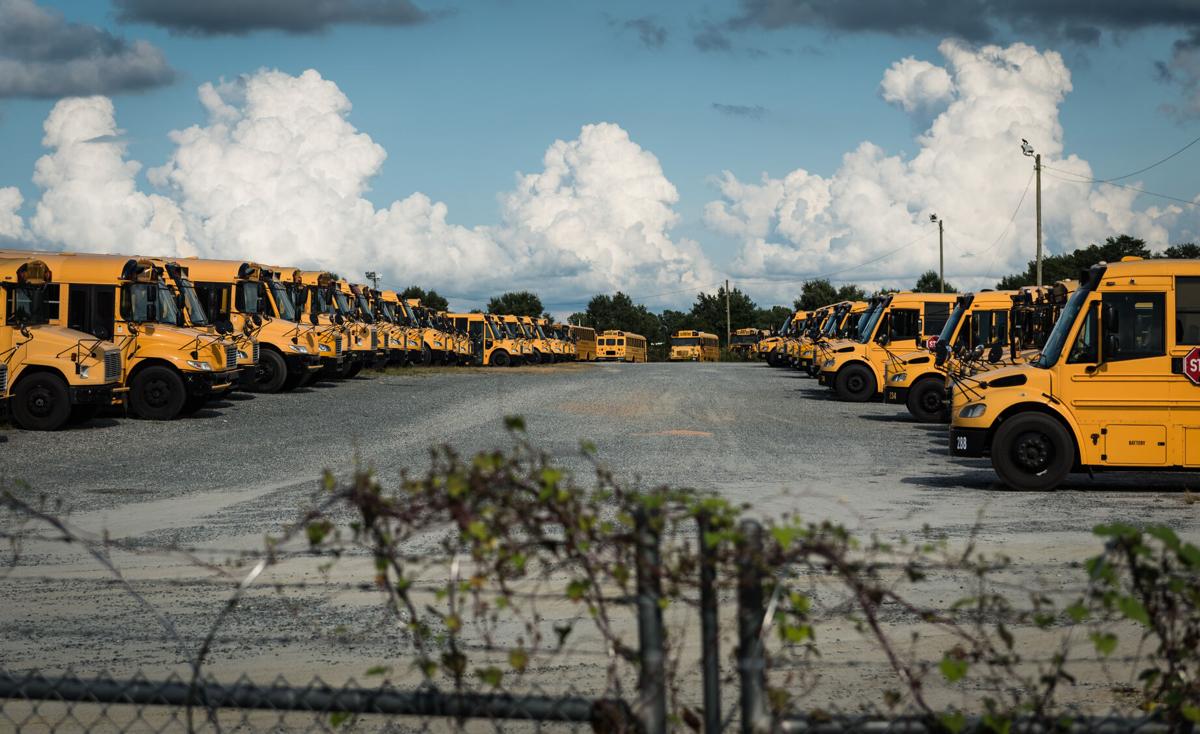 If the sale goes through for the Garner facility, Winston-Salem/Forsyth Schools would have 60 days to move buses parked off Lansing Drive. 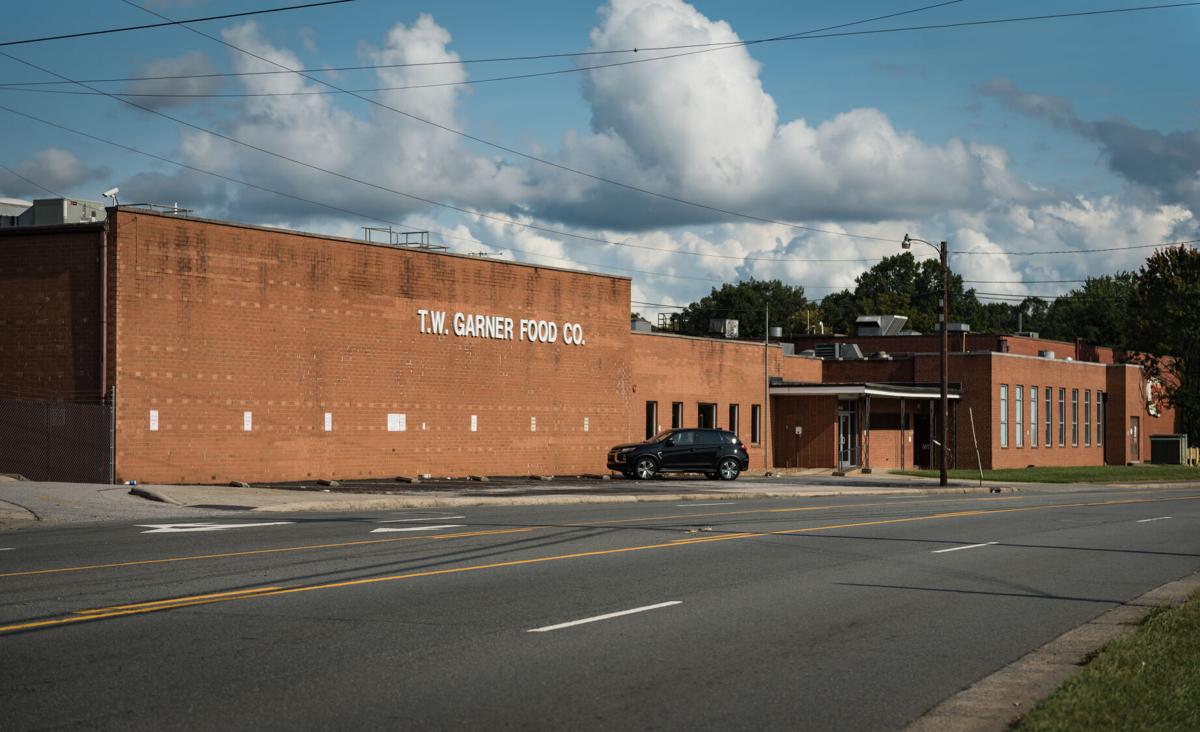 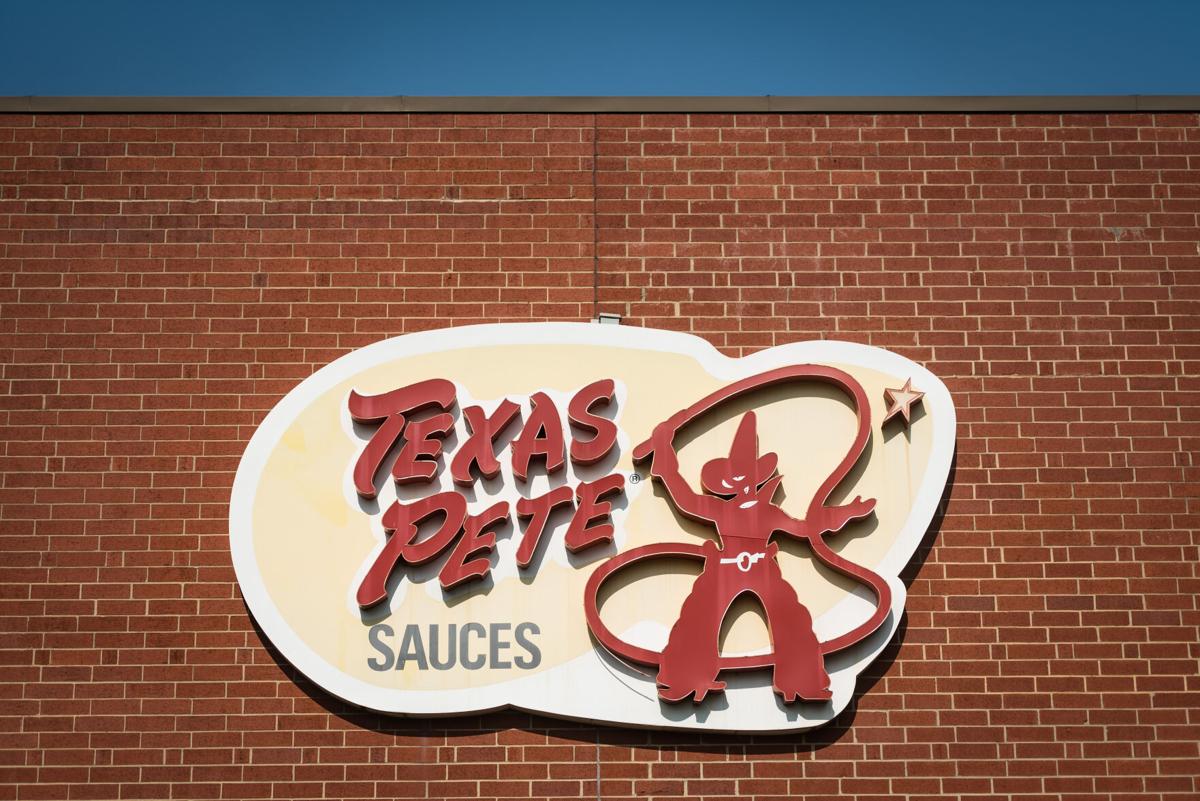 The Indiana Avenue plant of TW Garner Food Company, the maker of Texas Pete hot sauce and other products.

TW Garner Food Co., the maker of Texas Pete hot sauce and other products, is trying to acquire a 30-acre site north of Smith Reynolds Airport from Forsyth County in a bid to consolidate and expand company operations, the company said Friday.

The property at 4897 Lansing Drive is the current maintenance headquarters of Winston-Salem/Forsyth County Schools. The school system keeps 140 of its 358 school buses parked on the land, which also has a garage for vehicle repairs, offices and supply storage.

Front Street Capital, a Winston-Salem company involved in commercial real-estate investment, is putting together the deal, which would include paying Forsyth County $1.55 million for the 30 acres.

The company would lease part of the site back to the county for a year so that school officials would have time to find a new headquarters for maintenance operations, explained Kirby Robinson, the assistant general services director for Forsyth County. The school system would have 60 days to move the buses from the property.

Heyward Garner, the chief operating officer of Garner Foods, released a statement on Friday saying that the company has needed room to expand for about four years now.

"The challenge has been to find the right piece of land that meets all our needs and scope for the new facilities, which will act to consolidate and expand our operations for Garner Foods," he said, adding that the company has continued to see growing demand for its products.

The expansion will "meet the needs of our customers and partners, while also continuing our investment in the community," Garner said.

Garner Foods hopes to be in the new plant by the end of 2021, Garner said.

Darrell Walker, the assistant superintendent of construction for the public schools, said he already is thinking about where to move the buses and drafting plans for a new maintenance garage.

"I'm guessing that a new maintenance facility would be a couple million dollars," Walker said.

County officials said they were told the Lansing Drive site "would be a consolidated distribution headquarters for Garner Food and would eventually become the headquarters of their operations should the company continue to grow."

However, Mark Owens, the president and chief executive of Greater Winston-Salem Inc., said he has been assured by the company that it remains committed to its downtown headquarters and would not be moving it from downtown.

When it moved downtown in 2016, the company made it clear that it wanted to up its culinary-arts profile.

Owens said that from talking with Garner officials, he understands the company's main need now is +a distribution center, but that it wants to keep its expansion options open on the new site.

As Robinson portrayed the deal, Garner Food is on a fast track to get the project going.

"They want to start site work this fall," Robinson said.

A diagram provided to commissioners shows that a first new Garner Food building would rise on the part of the property where buses are now parked. Future building would expand into the area where school maintenance operations are now located.

"They are thinking they could fit several large industrial buildings on the property," Robinson said.

Moving the school buses is not so simple as simply parking them elsewhere, Walker said. The buses need to be fenced for their protection.

"I was looking to move the buses all to one location, but because of the timeline, I can't get a design contract approved in time to meet their timeline," Walker said. "We are going to conquer and divide those buses in multiple locations."

The part of the site where school-maintenance operations are based is on the east side of the site, adjoining Carver School Road, and could be used by the schools for another year.

The maintenance area is the work site for some 145 school employees. It has a half-dozen or so buildings and houses offices for maintenance staff, trades such as carpentry, plumbing and electrical and a garage for vehicle maintenance.

In addition to buses, the garage maintains cars used in driver's education and other vehicles.

Commissioner Tonya McDaniel, whose District A on the county board includes both the airport and its surroundings, liked hearing the plans.

"I am very excited to see this development in District A," McDaniel said.

In 2016, Garner said that it had about 65 employees at its Indiana Avenue site and another 27 in its Fourth Street offices. More current employment figures for the company were not available on Friday.

Garner officials said they have been able to retain all their employees through 2020, qualifying as an essential business for both the food service and food retail industries.

Because the company's proposed new site is near the airport, arranging the sale would require the approval of both the Federal Aviation Administration and the N.C. Department of Transportation.

And because it is public property, the sale would have to follow the upset bid procedure that allows anyone else who is interested to top Front Street's offer. Front Street is offering more than the tax value and an appraised estimate of the property's worth, which both came in a little under $1.5 million.

Smith Reynolds Airport Director Mark Davidson said the airport has no plans for using the property. He said the proximity of the airport doesn't appear to have been a factor in the deal so much as the availability of a suitable piece of land.

"It is a compatible land use, meaning that none of the buildings penetrate any approaches to the runway," Davidson said. Because the site is considered part of the airport property, the revenue from the sale has to stay at the airport, and that is positive, Davidson said.

"It goes along with generating jobs in the Northeast Ward," Davidson said, noting potential for company expansion.

If the sale goes through for the Garner facility, Winston-Salem/Forsyth Schools would have 60 days to move buses parked off Lansing Drive.

The Indiana Avenue plant of TW Garner Food Company, the maker of Texas Pete hot sauce and other products.