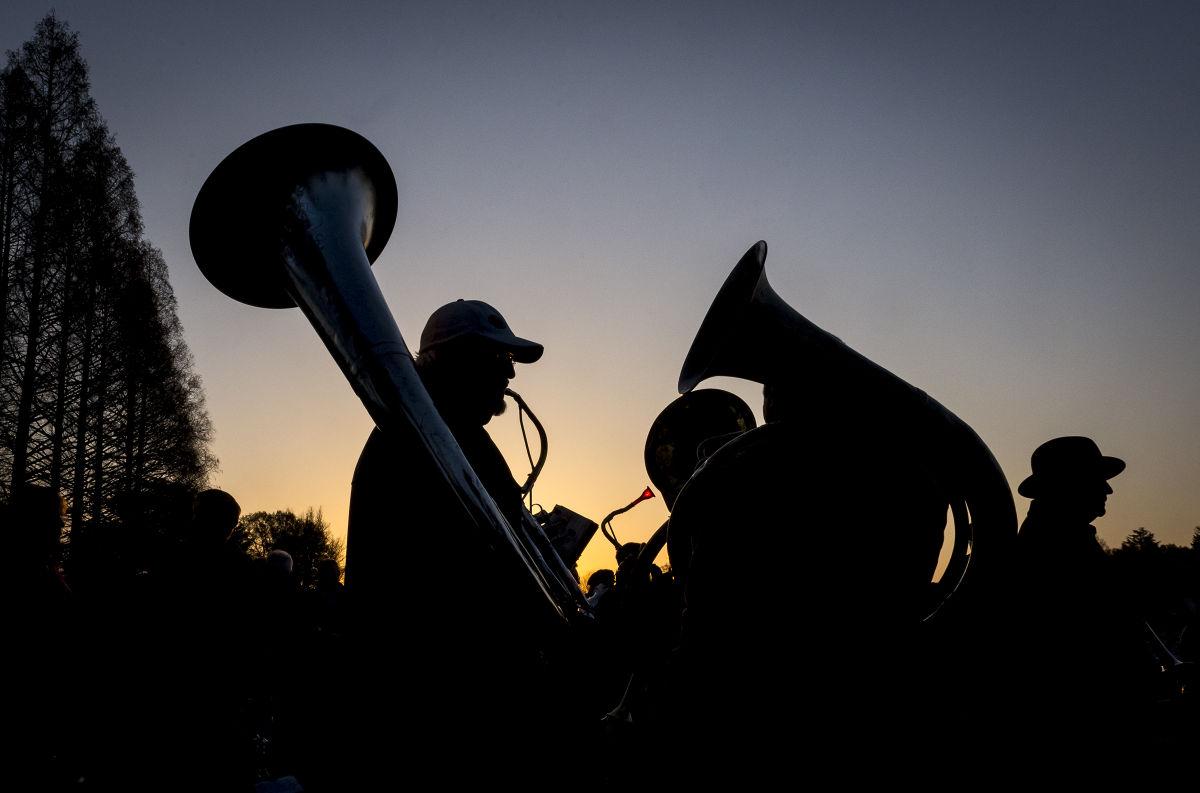 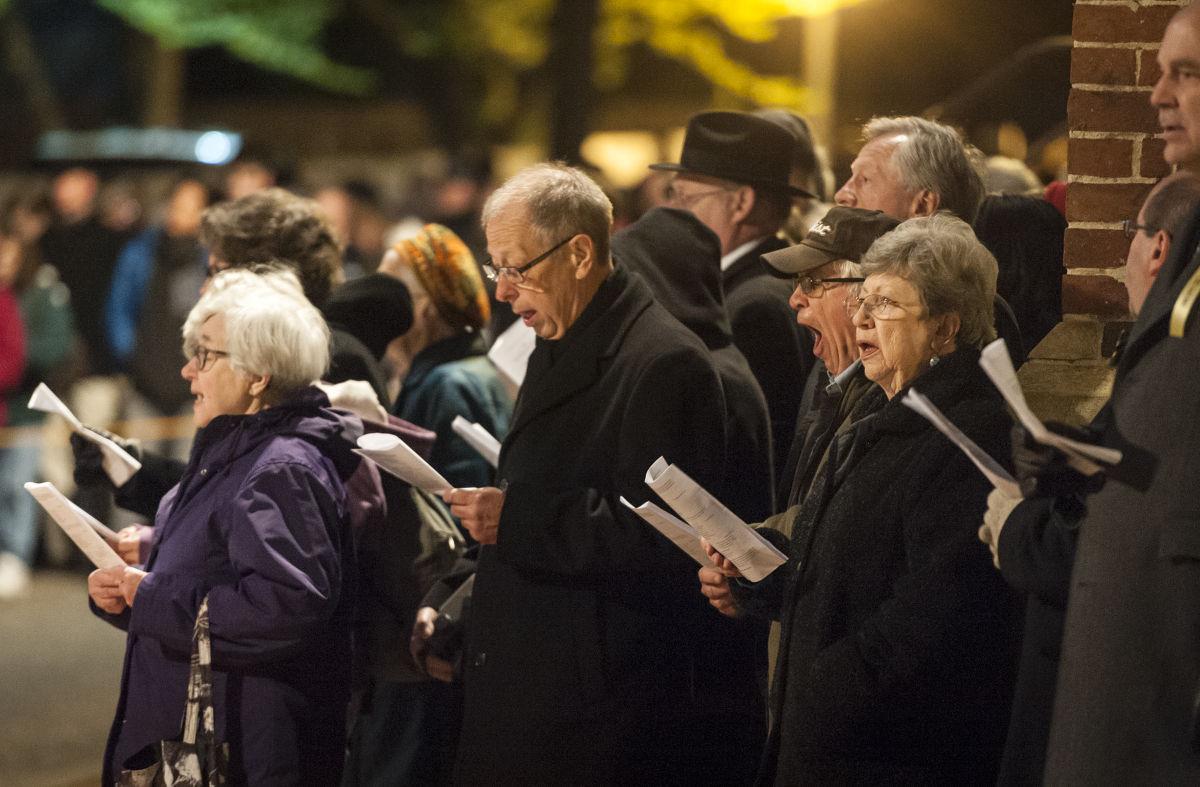 People sing hymns during the 243rd Easter Sunrise Service of the Moravian Church. 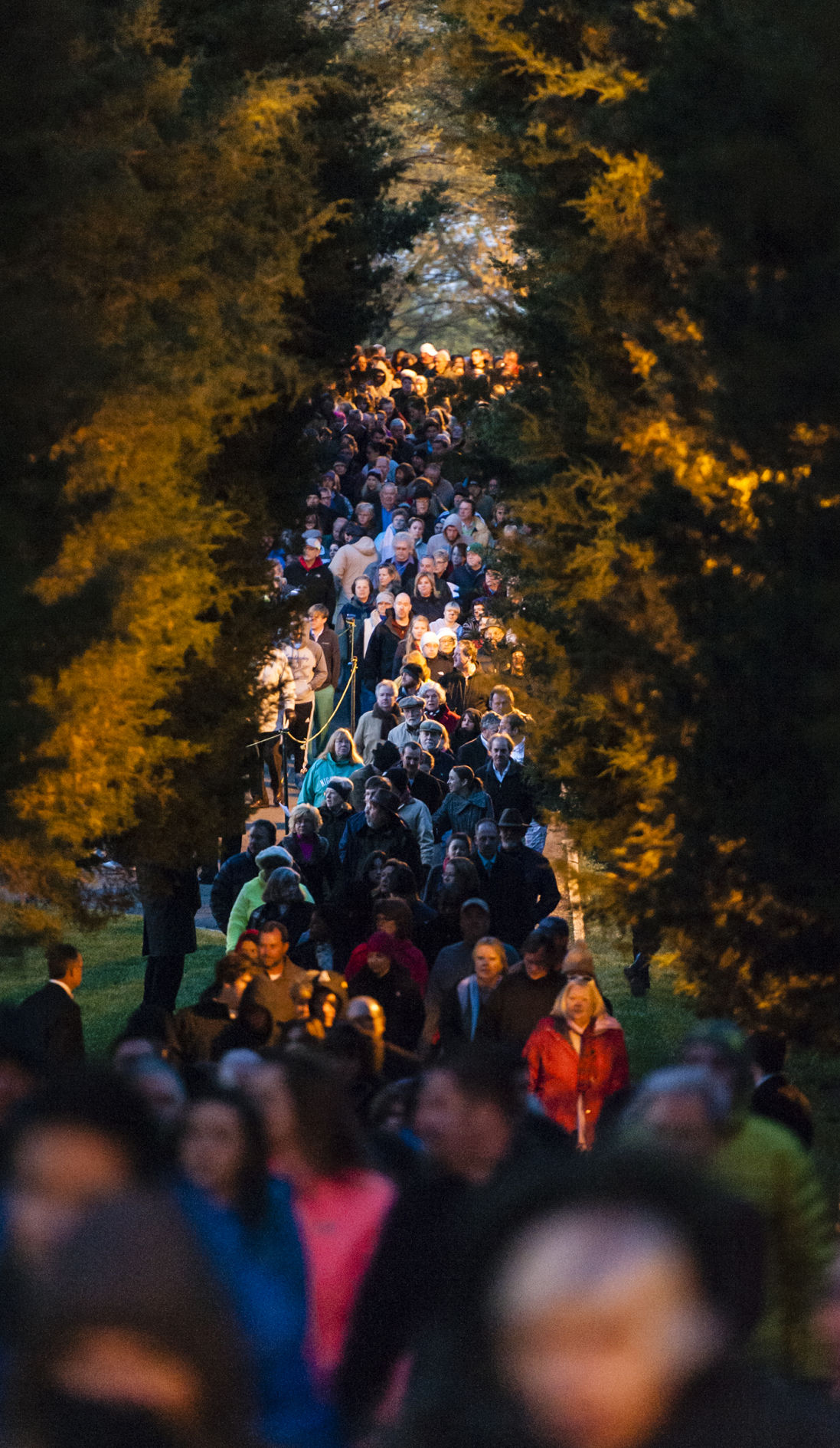 People make their way from Salem Square to God's Acre during the 243rd Easter Sunrise Service. 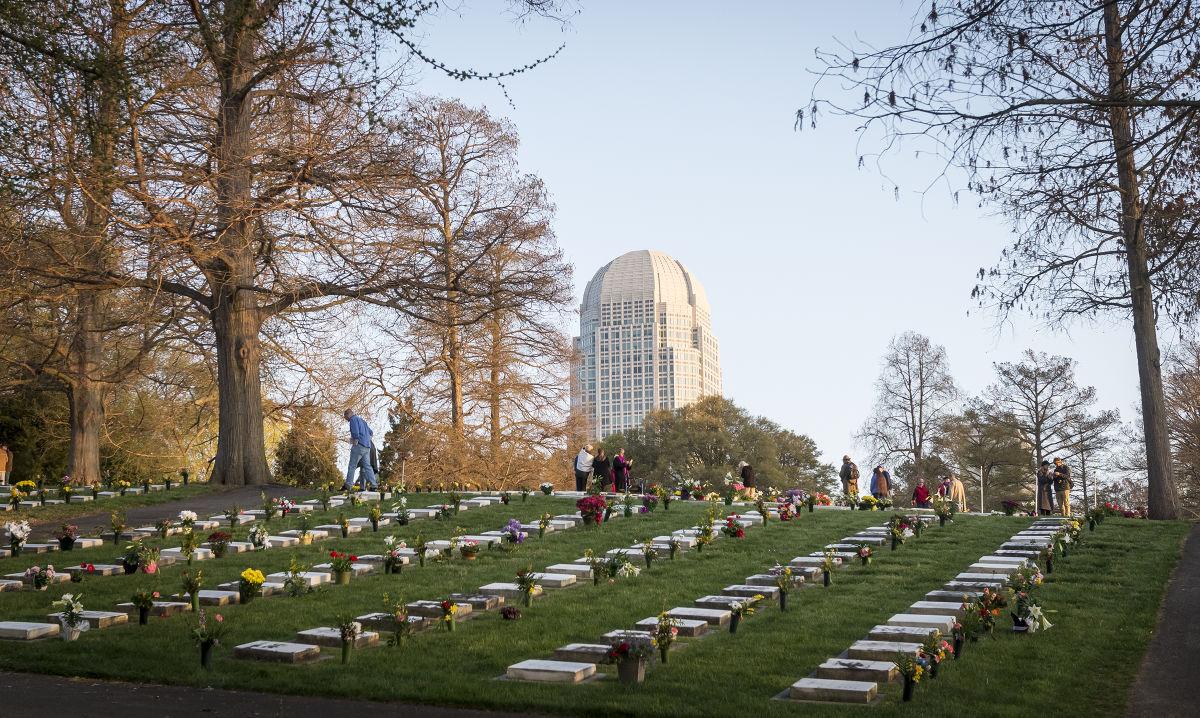 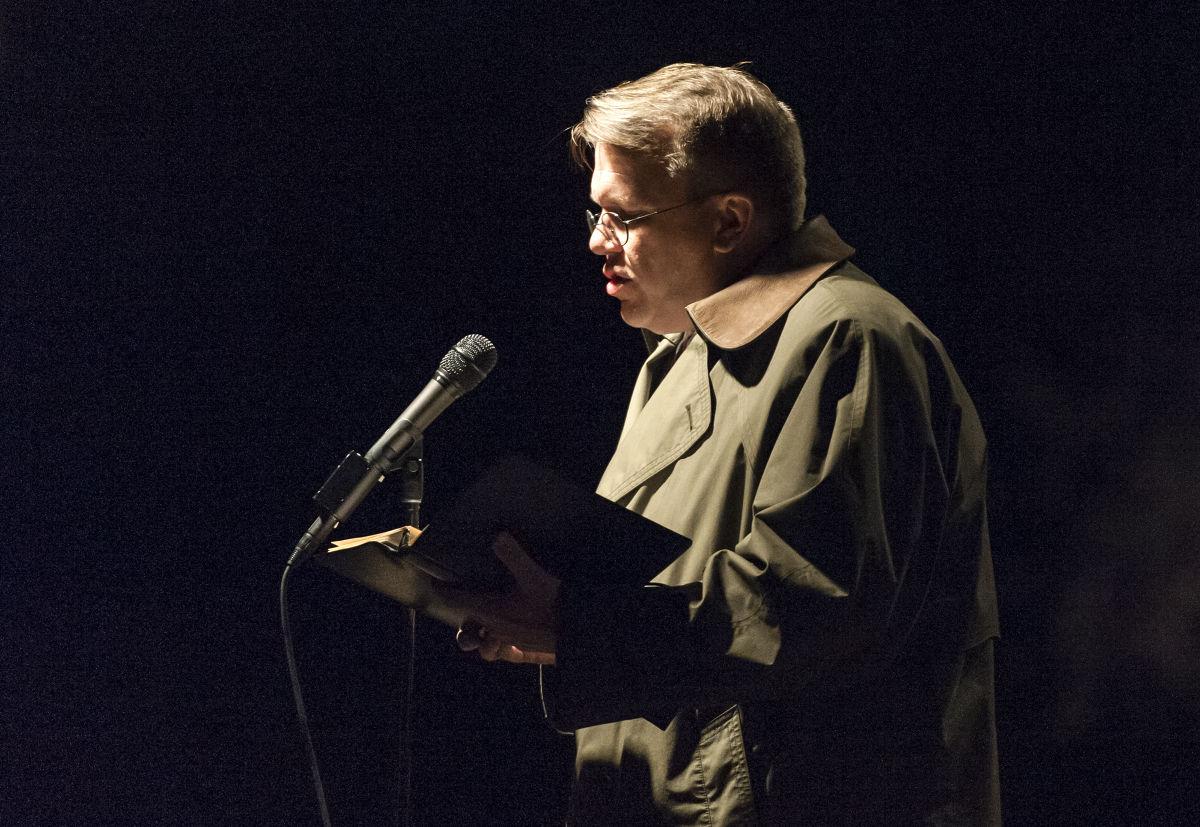 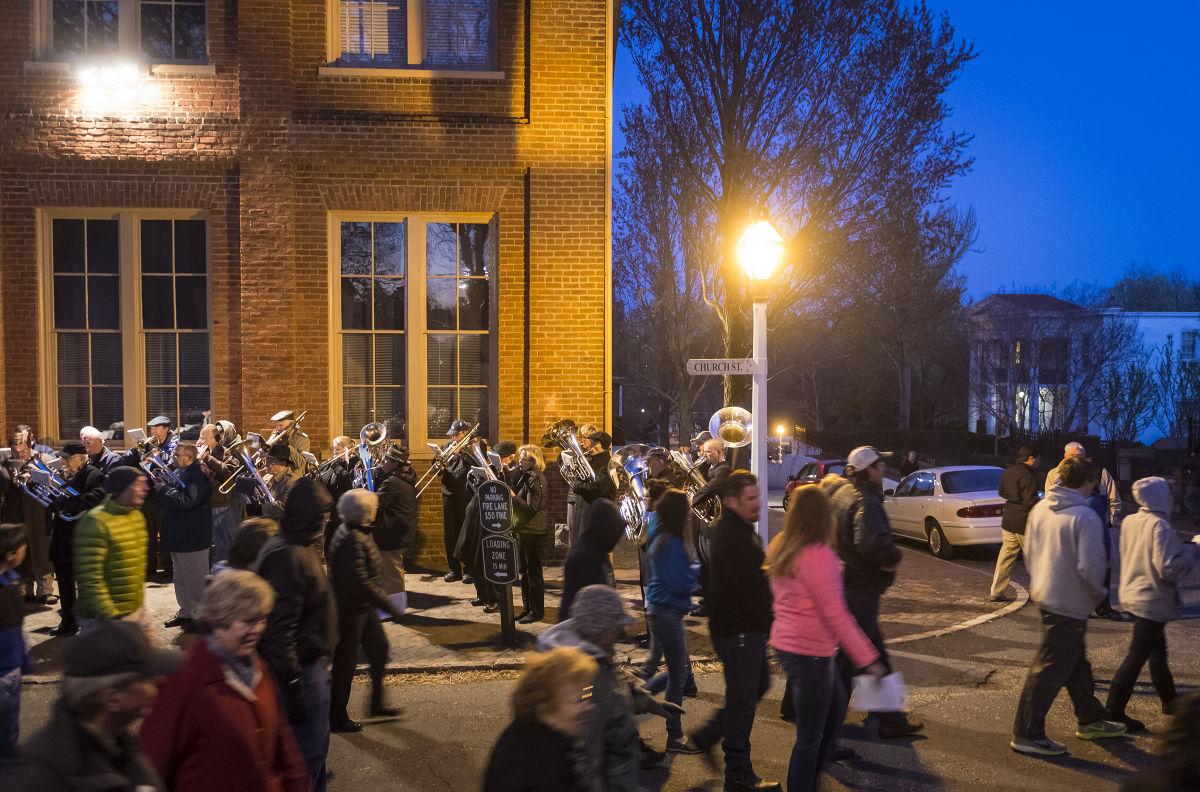 People make their way from Salem Square to God's Acre as one of the brass bands performs during the 243rd Easter Sunrise Service.

As the sun crept above the horizon on a backsplash of golden sky, thousands of Easter worshippers stood ready to greet it, reveling in the beauty of a sunrise that appeared to have been painted by God himself.

Sunlight bloomed around the Rev. Joe Moore, as he recited the Creation Hymn to the masses of people, all settled amongst rolling hills and glistening tombstones, as part of the 243rd Easter sunrise service of the Moravian Church in Old Salem.

Did you and your family celebrate Easter? Tell us how.

The Salem service, held for the first time in 1772 before the United States was even formed, is the longest-running Easter sunrise service in the country. Each year, it attracts hundreds to thousands of people, some local and some from much farther away.

Yolanda Puigserver came all the way from Mexico to attend the service in Old Salem.

Growing up Catholic, she was interested in finding a new way to celebrate Easter and found that the service was much different from anything she had seen back home.

“It was a good service, and I loved the music,” her friend, Alex Del Valle, translated.

Del Valle had come from much closer to attend the service, growing up just down the road from Old Salem.

“People have been standing out here, right where we’re standing, for more than 200 years, waiting in the dark to see the sunrise and celebrate Easter,” Del Valle said. “It’s just amazing to see this diverse group of people come together each year, rain or shine, in the name of our savior Jesus.”

The sunrise service was the sixth service he had attended in the previous 24 hours, and he was on his way to two more later on Easter Sunday.

“I’m at a point in my life when I feel closer to God than ever before,” he said. “The service was breathtaking, and it was worth waking up early to take part in the tradition.”

The Easter service began in Salem Square at 6:15 a.m. Sunday with a short liturgy. As the night faded, worshippers shuffled the block and a half through Old Salem to God’s Acre, the centuries-old cemetery where the service culminates.

Members of the 300-person band lined the streets, calling out to each other with their instruments, like a game of musical Marco Polo, each picking up where the other had left off.

“It’s a fine tradition and I enjoy coming out here each year to play and watch the service,” Dexter Hockaday — who played the trombone at the service — said. “There’s something special about it.”

By custom, band members play in the early morning hours at different locations around the city. Hockaday and a few others began their performance at 1:30 a.m. on street corners around Trinity Moravian Church on Sprague Street, trumpeting the importance of Easter Sunday and waking people up for the service, as per tradition.

Hockaday, 70, began playing at the sunrise service when he was 11 years old and has played every year for the past 59 years. His daughter, 25-year-old Adena, recently joined him in the tradition.

“It’s encouraging to see people coming out year after year all for the same reason,” he said. “To celebrate Easter and the death of Jesus for our sins.”

What do we know about the Omicron variant?

People sing hymns during the 243rd Easter Sunrise Service of the Moravian Church.

People make their way from Salem Square to God's Acre during the 243rd Easter Sunrise Service.

People make their way from Salem Square to God's Acre as one of the brass bands performs during the 243rd Easter Sunrise Service.