Toyota Motor Corp. announced plans on Wednesday for 350 more jobs and an additional $2.5 billion investment at its North Carolina electric vehicle battery plant as construction commences at the Liberty megasite.

The expansion by Toyota Battery Manufacturing is part of a global battery production commitment of $5.6 billion to meet increasing consumer demand for electric vehicles.

The Toyota subsidiary plans to build lithium-ion batteries at the plant for about 200,000 hybrid and electric vehicles annually.

With an overall $3.79 billion capital investment and 2,100 jobs, it could become the biggest single corporate expenditure in state history.

“This is only the beginning of what I considered as a long and bright future for the plant and marks another significant milestone for our company,” said Norm Bafunno, senior vice president of Unit Manufacturing and Engineering at Toyota Motor North America.

“This plant will serve a central role in Toyota’s leadership toward a fully electrified future and will help us meet our goal of carbon neutrality in our vehicles and global operations by 2035.”

In December, the Toyota business unit selected the Greensboro-Randolph megasite for its plant and said production is projected to begin in 2025. Additional production phases are expected later in the decade.

“This incremental investment reflects our continued commitment to ensuring jobs and future economic growth for the Triad region,” said Sean Suggs, who was named president of the N.C.-based Toyota unit on June 21.

Suggs, a 24-year veteran with Toyota, served in a similar role for a Toyota plant in Mississippi and, most recently, was group vice president and chief social innovation officer for Toyota Motor North America.

“We like to build things locally where they are sold,” Bafunno said. “It’s not a 100% alignment, but we try to get a close as we can in our (production) footprint in the United States.

“We’re going to have to keep up with the North American consumer, and that begins in North Carolina.”

Toyota said it plans to begin hiring the first round of production and maintenance employees in late 2002 to early 2023. For hiring information, go to www.toyota.com/careers.

“We’re on schedule in terms of the project,” Bafunno said.

“The pad is ready for us to begin vertical construction of the building and work on the footings has begun.”

The initial plan for the Liberty plant was to build batteries for hybrid electric vehicles.

“We’ve just naturally pulled ahead of plans for (EV battery production),” Bafunno said. “We’re now doubling down, and we need to get moving.”

“We’re going to watch carefully and continue to look at what investments are needed to keep up with the demand that appears to be coming.”

Asked whether hybrid or EV battery production will begin first, Bafunno said “we haven’t really finalized all of those schedules, still looking from the demand side what should be the priority.”

“We will be a 24-hour operation. We’re trying to figure out if that will be seven days a week, and then shift patterns and hours.

“We will have that finalized in the next couple of months before we go out and begin hiring and what we’re hiring for.”

On Monday, Honda Motor Co. Ltd. and LG Energy Solution announced plans for a joint venture to produce lithium-ion batteries in the U.S. to power Honda and Acura EV models for the North American market.

The companies said they will invest about $4.4 billion in the plant. The batteries produced will be supplied exclusively to Honda facilities in North America.

Although the location has not been finalized, based on Honda’s plans for EV production in North America, the two companies aim to begin construction in early 2023 to start mass production of advanced lithium-ion battery cells by the end of 2025.

“LGES and Honda made the decision to establish the joint venture battery plant in the U.S. based on the shared belief that expanding local electric vehicle production and ensuring the timely supply of batteries would put them in the best position to target the rapidly growing North American EV market,” the companies said in a joint statement.

Ohio is considered as the favorite for the Honda EV plant, particularly the Cincinnati and Dayton areas, according to John H. Boyd, founder and principal with global site-selection firm The Boyd Co. of Boca Raton, Fla.

Honda already has its Marysville, East Liberty and Anna plants in the greater Columbus, Ohio, market.

“I cannot think of a situation where Japanese automakers Honda and Toyota share the same labor market,” Boyd said. “Toyota already going into the Triad — especially in such a big way — probably forecloses a possible Honda entrance.”

Foremost among North Carolina’s advantages has been its lithium sector, including the world’s largest provider of lithium to the EV battery industry, the largest known hard rock lithium deposit in the U.S., and the highest concentration of advanced lithium processing experts outside of China.

Those elements, Toyota said, make North Carolina “the ideal location for companies entering and operating in the EV ecosystem.”

As with the Dell Inc., Caterpillar Inc. and Herbalife Nutrition Ltd. manufacturing plants, Toyota is finding significant internal interest from employees willing to transfer to work at the Liberty plant.

“The reason I say North Carolina and Liberty is a great location for doing business is that we have a lot of internal interest in people wanting to work in North Carolina — higher than any other plant that we’ve announced or opened in the U.S.,” Bafunno said.

He said some Toyota employees want to return to North Carolina because they are N.C. State, UNC Chapel Hill or other North Carolina university graduates.

“They haven’t really had a chance within Toyota to do that until now,” Bafunno said. “It’s an indication of the quality of life, the access to the mountains and ocean, and it’s a beautiful area.”

Bafunno said some Liberty plant workers could come from as far as 70 miles away, but the bulk of hires will come from within 30 to 40 miles.

“It’s a personal decision of what potential employees determine is right for them in terms of driving to the plant,” Bafunno said.

“We’re working very hard to create what we consider to be an employer of choice in that area of North Carolina. There’s going to be great wages, great benefits, job security — great elements for a career.

“We know we can’t just say those words, but we have to do it,” he said. “Just have a little patience with us on the hiring process.”

The Liberty production plant is expected to benefit from clean-energy elements within the federal Inflation Reduction Act that President Joe Biden signed into law on Aug. 16.

Bafunno said the EV tax credit “was not a major factor in the expansion decision — the timing of the passing of that legislation is coincidental.”

“We know there is an electrified future, and the new law does assist in providing incentives to the consumer.”

Boyd said the new federal law “will be giving the EV sector a strong tailwind over the next few years.”

Toyota has been made eligible for up to $271.4 million in state incentives, while the Randolph County government is providing $167.3 million in local incentives.

Rep. Jon Hardister, R-Guilford, said the Toyota expansion commitment “is further affirmation of the work we are doing to make North Carolina the No. 1 state for business.”

“I am excited about what the future holds for Toyota, and I am grateful for their investment in our state.”

Why an ex-Russian officer is feeling the army call-up

Colombia and Venezuela to reopen borders

Colombia and Venezuela to reopen borders 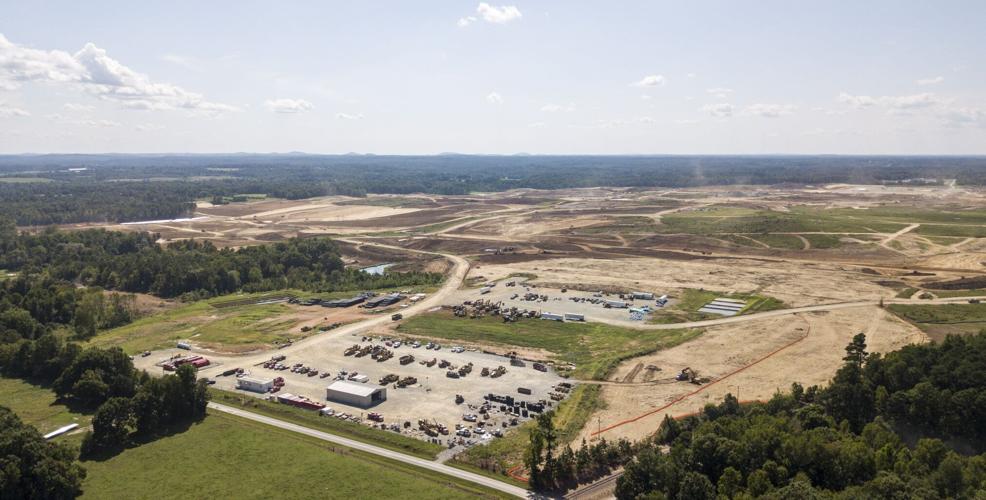 The Greensboro-Randolph megasite as seen Tuesday. Toyota officials say site work has progressed and building construction can now begin on their planned electric battery plant in Liberty. The company announced an additional $2.5 billion capital investment for the project on Wednesday. 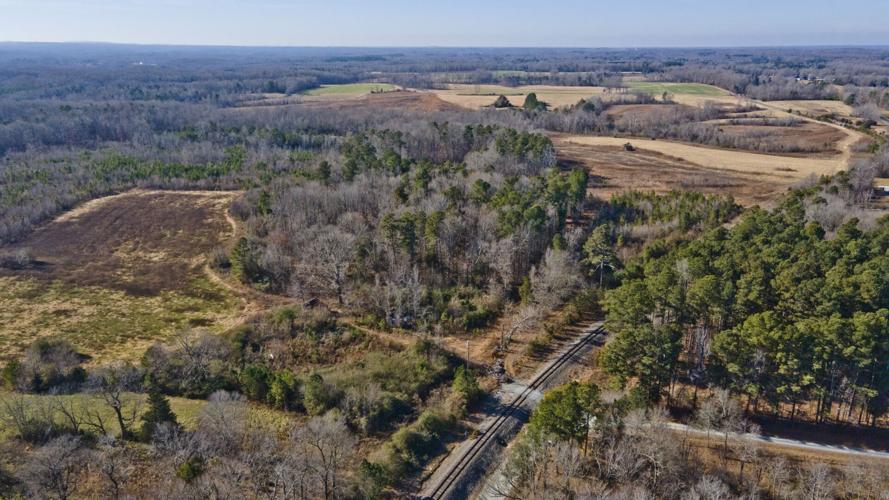 Toyota selected the Greensboro-Randolph Megasite in Liberty in December for its lithium-ion battery production facility, which is expected to begin production in 2025.