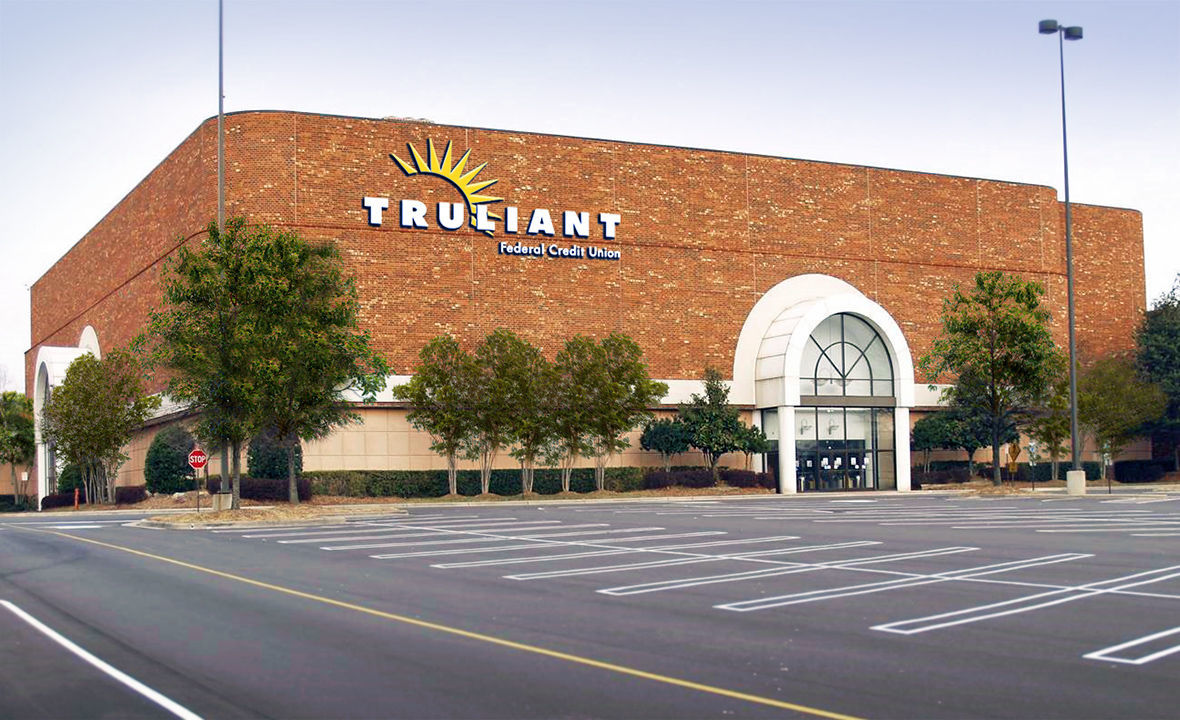 An artist’s rendering of the former Macy’s department store at Hanes Mall in Winston-Salem. Truliant, a credit union based in Winston-Salem, plans to convert it into office space. 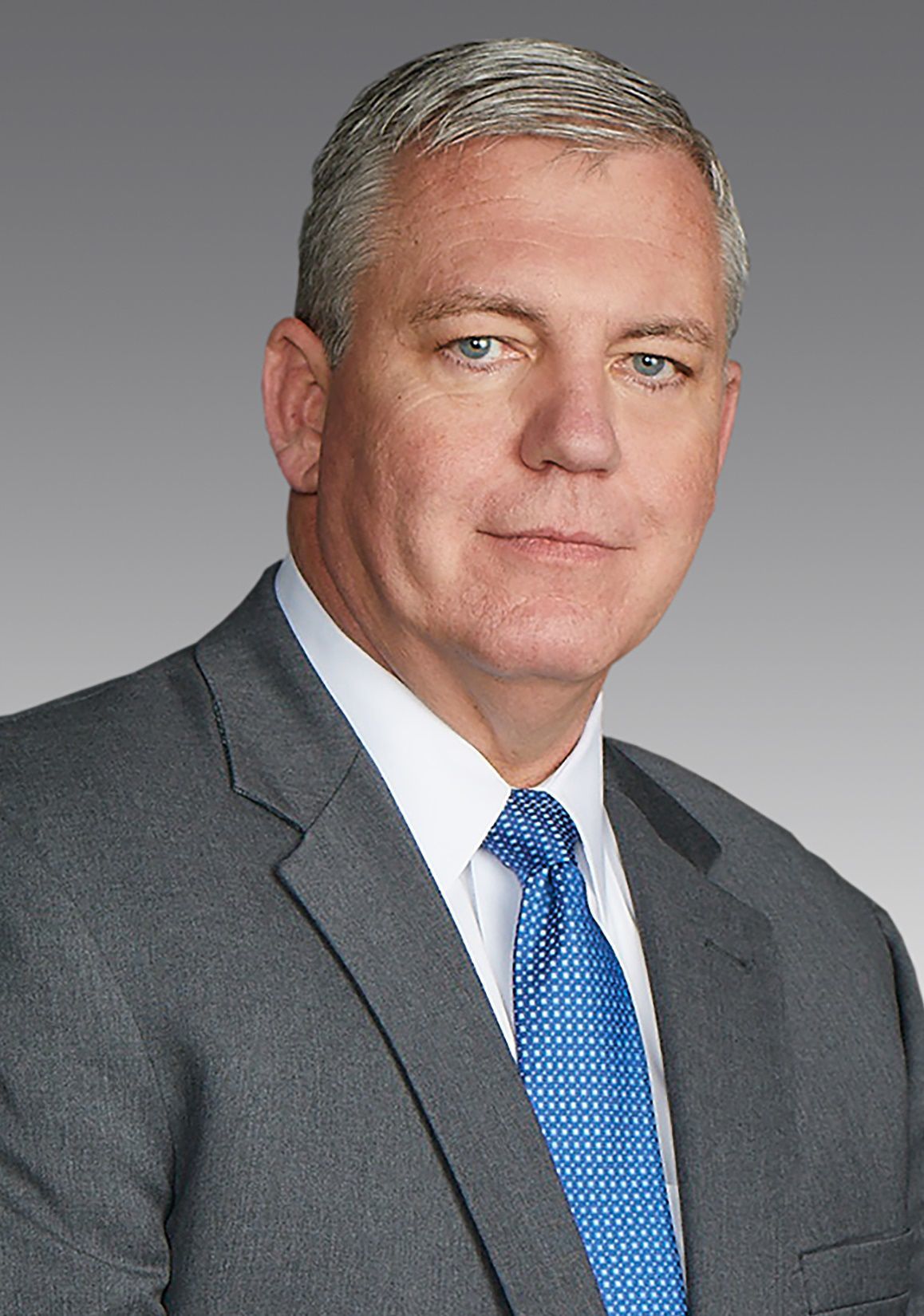 Truliant Federal Credit Union announced Thursday that it has purchased the former Macy’s retail store space at Hanes Mall to accommodate its need for additional space.

Truliant closed on the purchase of the 154,000-square-foot store in June. The space was originally owned by the Thalhimers department store chain in 1990, and was converted to Hecht’s in 1992. Through acquisition, Hecht’s became Macy’s in 2006.

Located across from Truliant’s headquarters at Hanes Mall in Winston-Salem, the site became part of the local real estate inventory in January when Macy’s announced plans to close. Planning for the design of the space is currently underway.

“We chose to invest in this space as a way to more quickly and economically address our expansion needs,” said Truliant President and chief executive Todd Hall, in a statement released by Truliant. “The purchase gives us a centrally-located new office close to our headquarters with easy access, ample parking, and a ready and flexible infrastructure. It adds to the city’s tax base and will provide a high-quality work environment similar to what we have at our headquarters and Truliant Academy.”

Truliant estimates more than 550 employees could be housed at the location. As part of its incorporation into Truliant’s expansion plans, the credit union will build out the mall property first and preserve its nearby 18-acre Truliant Way headquarters campus — where it has 425 employees and is nearing capacity — for future growth needs.

Truliant said the $3 billion credit union will not ask for abatements or incentives. The overall property contains about 10 acres and 712 parking spaces.

Company officials did not disclose the purchase price of the Macy’s site.

The announcement comes a little more than six months after Truliant won a controversial rezoning case that was part of its bid to expand on its Truliant Way headquarters property, which is off Hanes Mall Boulevard.

In the summer of 2019, Truliant asked for a rezoning on Burke Mill Road, at the rear of its headquarters site, in order to build a new office building and expand its existing building.

Neighborhood residents didn’t object to the company’s building plans, but they did object to the part of the plan that called for creating a second entrance to the Truliant site from Burke Mill Road.

People living on and around Burke Mill Road worried about the extra traffic the development would bring.

Truliant responded by offering to restrict the new entry to 25% of its work force, but neighbors remained skeptical. When the issue came to a vote in November of 2019, the company won the rezoning case on a 7-1 vote.

Truliant officials said Thursday that its expansion will take place at the Macy’s site first, although future expansion on the main Truliant site is possible in the future. The company said that the opportunity to buy the Macy’s site was not available last year, when it was going through the rezoning process on Burke Mill Road.

City officials say Truliant will still be putting in the stoplight at the Stonewood Drive intersection on Burke Mill Road that was part of the rezoning package. That’s seen by some as a plus because it will help people get out onto Burke Mill Road during busy traffic times.

Council Member John Larson, who cast the only vote against the rezoning last November, said he thinks that most residents will be “relieved and pleased that Truliant has decided to capitalize on vacant property and utilize the mall facility.”

Larson’s South Ward does not include the Truliant headquarters site, but many of his constituents who live off Burke Mill Road were affected by the rezoning decision.

One of those neighborhoods is British Woods.

“That is definitely a win for the mall, Truliant, the neighborhood and everything,” she said.

Council Member Dan Besse, whose Southwest Ward does include the Truliant headquarters, said he is also pleased that Truliant’s expansion will come here and not somewhere else. Company officials said during the rezoning that they wanted to expand here, but left open the option of moving if it couldn’t get approval for its plans.

“We won’t get as much new tax base as we would have gotten from building a new one, but the increment that they are still putting into that upfitting will be welcome and the jobs even more so.”

Mayor Allen Joines called the expansion plans “a tremendous boost to our city.”

“It will help ensure the vitality of Hanes Mall and the areas surrounding it, while bringing more tech-enabled jobs to an attractive employer who’s been investing in our city’s future since 1952,” Joines said in a statement released by Truliant.

Joines said the purchase “is an impressive show of confidence in Winston-Salem by one of its most well-respected companies.”

“We thank them for all they’re doing to expand thoughtfully, and we’re honored they’ve chosen to reaffirm their commitment to our citizens with a project that benefits the city and local economy on so many levels,” Joines said.

Hall said Truliant has “a strong track record of community engagement and enriching spaces in a way that is beneficial to the local economy.”

“More than 400 of Truliant’s 700 employees work in Forsyth County and the new space will allow us to double our local workforce,” he said. “We will also become a viable contributor of mixed-use space to the Hanes Mall complex. This means that we will be assisting in efforts to bring commercial, cultural, institutional and retail establishments together in a productive utilization of space. This type of diversification of facilities aids greatly in efficiency and sustainability.”

The Hanes Mall site will follow another recent overhaul of a retail space for the credit union. Truliant transformed the 28,000-square-foot former Office Depot location in the Pavilions Shopping Center into Truliant Academy, a new training and innovation center. Located less than a mile from Truliant’s headquarters, the academy opened in April and is designed to accommodate 95 employees and up to 100 trainees.

“Truliant is making another valuable investment in our city at an important time. They’re a homegrown success story, a great longtime partner to us and a pillar of our community,” said Mark Owens, the president and chief executive of Greater Winston-Salem Inc. “Truliant is a strong economic engine in our area, and this headquarters expansion means they will continue to be for years to come.”

Truliant is a not-for-profit financial institution that was chartered in 1952. The company said it serves more than 258,000 members from more than 30 locations in North Carolina, South Carolina and Virginia.

An artist’s rendering of the former Macy’s department store at Hanes Mall in Winston-Salem. Truliant, a credit union based in Winston-Salem, plans to convert it into office space.