“My biological mother is from Laurinburg, N.C.,” he said.

The versatile entertainer, who is also a singer and dancer, believes that he still has family in this state.

Vereen visited Winston-Salem this week for the National Black Theatre Festival, which will run through Saturday. On Monday, the NBTF honored him with the Sidney Poitier Lifetime Achievement Award.

He is sure he has visited Winston-Salem before, but this is his first time at the festival.

“I’m just excited about being there, period,” Vereen, who lives in California, said in an interview before his visit.

He said it’s an honor and a privilege for him to be at the National Black Theatre Festival, and he spoke of being thrilled to be a part of an event “when Black people come together to support one another.”

“Our art has been an expression of our culture,” he said. “Seeing that supported worldwide is beyond words.”

He also spoke of the importance of Black culture and keeping it alive.

“Young people must recognize and hold on to what we have laid down and tell our stories,” he said. “We’re truly storytellers.”

“All I did was change my pulpit,” he said.

He got his start as an entertainer in junior high school while singing with a gospel quartet group called Sensational Twilights of Brooklyn.

“I was trying to be like Sam Cooke,” he said.

From singing, he got into dancing, then moved into acting.

A major turning point for him was going to the High School of Performing Arts in Manhattan.

His first professional show was in “The Prodigal Son” at the Greenwich Mews Theatre in New York.

Vereen is probably best known for his role in “Pippin” on Broadway and as Chicken George in the miniseries “Roots.” His role in Pippin garnered him the Tony Award and the Drama Desk Award for “Best Actor in a Musical.”

Vereen was in Savannah, Ga., doing a one-man show portraying Bert Williams, an entertainer of the vaudeville era who had to perform in blackface makeup like his white counterparts, when a man told him that he liked his interpretation of Williams.

He said the man told him, “My name is Stan Margulies, and we’re here in Savannah shooting the African part of a book by Alex Haley called “Roots,” and I’d like you to be my Chicken George.”

“My agent said to me, ‘Don’t even go to the audition, man,’” Vereen said. “’They’re looking for actors.’ And the rest is history.”

He appeared in “Magnum P.I.” and “Bull” for CBS, multiple episodes of “Star” for Fox, and the BET series “Tales.” He also co-starred with Richard Gere in “Time Out of Mind,” Chris Rock in “Top Five,” and was featured as Dr. Scott in the re-imagined “The Rocky Horror Picture Show” for 20th Century Fox.

In 2018, several women accused Vereen of sexual misconduct in a 2015 regional production of “Hair” that he directed.

Vereen issued an apology for his “inappropriate conduct” in a statement, according to Daily News and other news reports.

More recently, he starred as a series regular in the Chuck Lorre series “B Positive” on CBS, which has since been cancelled. Last spring, he wrapped multiple episodes of “The Good Fight,” playing Frederick Douglas, both for CBS.

Vereen had a lot of fun doing “B Positive.”

“It was an important show for the elderly and for the young people,” he said.

He recently appeared in the national commercial to bring back NYC and Broadway “It’s Showtime in NYC.”

Vereen has recorded a new song and video for Ukraine, “We Sing for Ukraine,” which will benefit both UNICEF and Abundance International.

Vereen has received numerous awards over his career. In June, he garnered the Juneteenth Legacy Award from The Broadway League and the Hero Award from The First Responders Children’s Foundation.

He is an active member of Americans for the Arts, the largest advocacy group of the Arts in America. He has worked with American Red Cross and Sudden Infant Death Syndrome Association.

Vereen’s bio states that he is “most proud of his ongoing work involving the arts and education, and providing the youth with arts programs across America.”

There’s one tragedy in U.S. history that is hard for Vereen to forget.

“9/11 happened. I watched it happen,” he said. “I watched people jump from the building.”

On Sept. 11, 2001, Vereen viewed the twin towers of the World Trade Center on fire out the window of his apartment in Brooklyn, which faced the towers.

Vereen said he signed up as a volunteer for three weeks to help.

“As a volunteer, I was giving water to the diggers,” he said. “I was getting supplies. Anything they needed. I was going to St. Vincent’s (Hospital) and manned their phones. That was really tough.”

To this day, he still has not visited the 9/11 Memorial, saying it’s still too painful.

“Eventually I will — to pay homage,” he said.

As the father of five children and five grandchildren, Vereen is a parent who has experienced the death of three children.

In addition to these deaths, Vereen experienced an accident on June 10, 1992, after he was hit by a truck while walking on a highway.

According to a Los Angeles Times report, Vereen underwent four hours of surgery for internal and head injuries and a fractured leg. Six hours before being injured, Vereen had crashed his Corvette into a tree.

“Doctors said it would be three years, if I ever walked again,” Vereen said.

What keeps him going, he said, is “that power that is greater than ourselves.”

Vereen just started work on his biography and is taking a break from his one-man shows.

He said he’s not sad about moving on in age.

“It’s not over for me, and I’m not sad about it, but certain things I can’t do,” he said. “I can’t do cartwheels and flips anymore, and I don’t want to do them.” 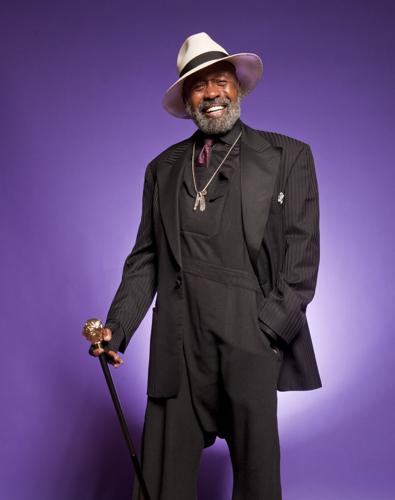 Actor Ben Vereen on the purple carpet before the 2022 National Black Theatre Festival Gala on Monday at the Benton Convention Center. 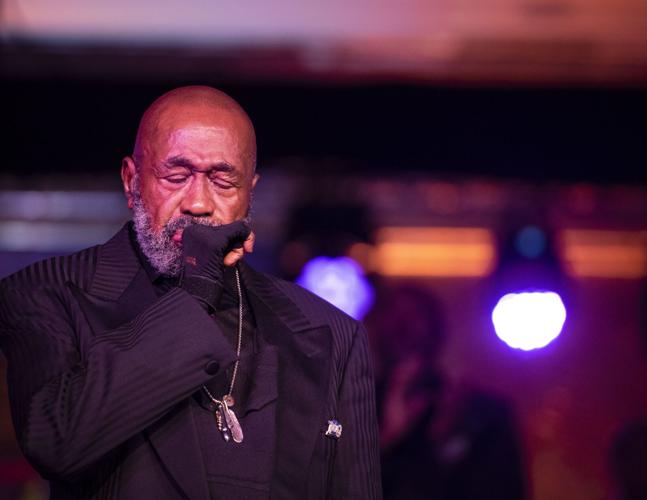 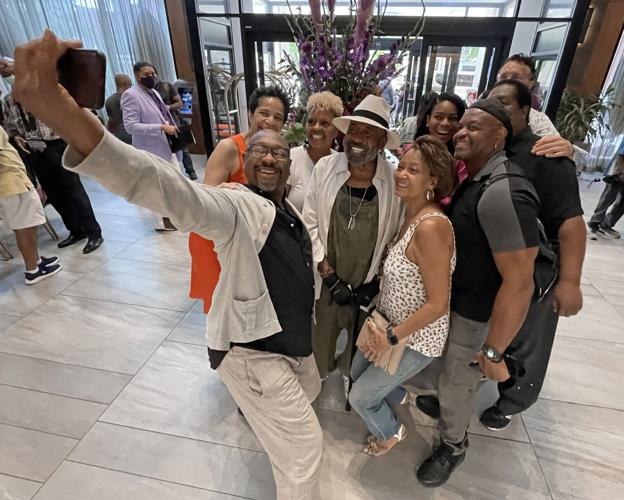 A group of NBTF celebrities cram into a selfie with Ben Vereen (center in hat) after the opening day media conference for the 2022 National Black Theatre Festival on Monday at the downtown Marriott. 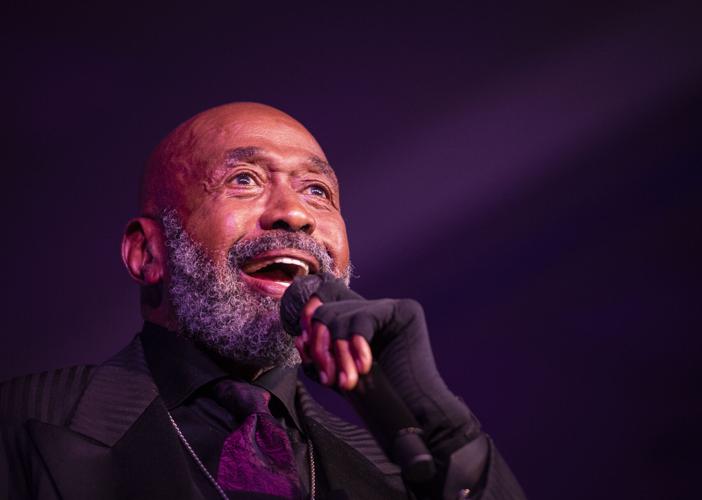