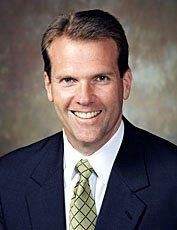 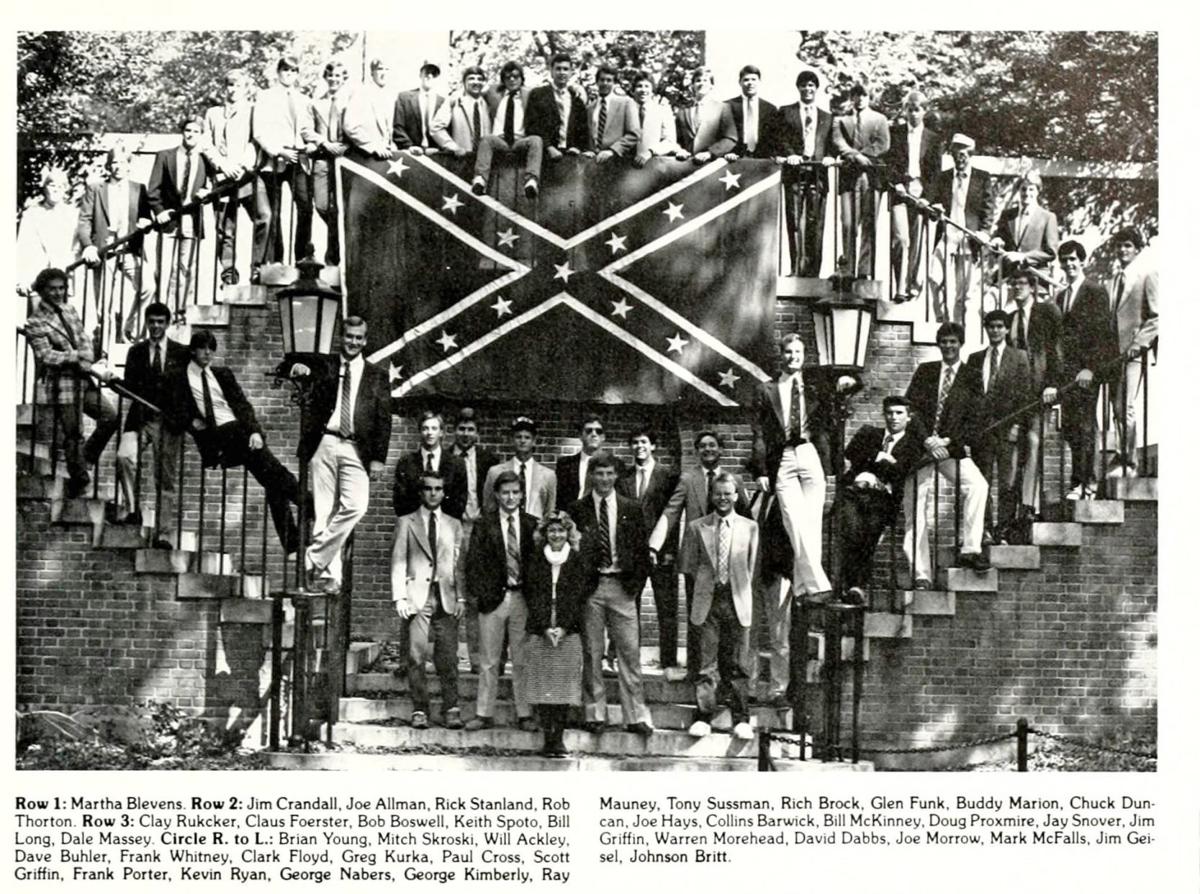 The Wake Forest University chapter of Kappa Alpha fraternity is pictured with a Confederate flag in the 1982 yearbook, The Howler. Among those appearing in the photo are Martha Blevens (now Allman), a dean at Wake Forest, and Judge Frank Whitney, a U.S. District Court judge in Charlotte.

Two local lawyers and a federal judge who appeared in the Wake Forest University Howler yearbook photo in the 1980s posing with the Confederate flag have apologized for their actions.

Their contrition coincides with harsh criticism over the flag’s symbolism and the university’s response to it.

Murray C. “Tripp” Greason III, a lawyer and an agent with Keller Williams Realty Inc., and J. McLain Wallace Jr., a senior vice president and general counsel of Wake Forest Baptist Medical Center, appear in a 1984 photo with other members of the Kappa Alpha fraternity on the Wake Forest campus in front of the Confederate flag.

Judge Frank Whitney, a U.S. District Court judge in Charlotte, appeared in a 1982 Howler yearbook photo with the Kappa Alpha fraternity in front of the Confederate flag.

Greason, Wallace and Whitney said they regret appearing in the photos.

Wallace also apologized for appearing in the photo.

“I should have known in college that the Confederate battle flag is a hurtful and painful symbol, and I regret that I did not fully understand then what I do today,” Wallace said. “I apologize for perpetuating racism and the hurt that has caused others.”

Whitney spoke to the weekly publication, Triad City Beat, which is based in Greensboro, about the matter.

“Do I know today that it’s insensitive? Yes,” Whitney said. “I totally regret it.”

The fraternity was founded at Washington College, which is now Washington and Lee University in Lexington, Va., in December 1865. It has 133 active chapters, mostly in Southern states. The fraternity has revered Confederate Gen. Robert E. Lee and what they call the traditions of the Old South.

The fraternity has been criticized for a history of controversial party themes at Wake Forest. In 2014, a party that some students deemed a “dress like a black person” was shut down. The fraternity also has displayed the Confederate flag on campus and at parties.

Katie Neal, a Wake Forest spokeswoman, said that WFU officials are “fully committed to working with our students, faculty and staff toward a more inclusive campus community.” Neal said she and other university officials declined to comment further on individual photos in the yearbooks.

Last week, Martha Allman, the university’s dean of admissions, apologized for a photo in the 1982 Howler yearbook that shows her and members of the Kappa Alpha fraternity standing in front of a Confederate flag. Whitney is in the same photo.

Kevin Pittard, an associate dean in Allman’s office, is pictured with a Confederate Flag in a photo from the 1983 and 1984 university yearbooks when he was a student at Wake Forest.

Pittard said in a statement that “I apologize and express my deep regret for taking part in those photos.

“I made a mistake that hurt and angered others, and I should have known better,” Pittard said. “I know that, in my years in the admissions office, I have worked steadily to increase the diversity of our community and I will continue to do so.”

Nearly three weeks ago, Wake Forest University acknowledged racist images of students in blackface that were published in past yearbooks.

“Although these images and the sentiments they reflect were shocking to some, the Wake Forest we know looks eerily similar to the one depicted in these compromising and incriminating yearbook photographs,” the letter says. “...Racism is an issue that persists on this campus not only in the actions of a few students or organizations, but in the inaction of this administration in light of several racially motivated incidents targeting students of color in the recent past.”

The coalition also issued nine demands to the WFU administration.

The demands include the creation and enforcement of a zero-tolerance policy for white supremacy. “Whether manifested through statements or actions, there must be no leniency in behavior that upholds whiteness at the expense of people of color, the coalition said in an email.

The organization also wants a space set aside for black students. The university’s Black Student Alliance has been on campus since the 1980s, but that organizations shares a lounge with other intercultural organizations, “conflating our issues, and invalidating our need for physical space,” the coalition said. “We would like our own space to use for events, meetings and fundraising.”

Another demand is for “clear and concise consequences for racially motivated acts against people of color and a formal condemnation by the university for all such actions,” the coalition said. The organizations wants a commitment from university administrators to seek equity for black students, and “hearing our needs as a group on this campus that has always lived on the margins.”

Furthermore, the coalition wants the university to acknowledge that “while we currently have two black counselors on campus, this proves insufficient with the limited accessibility and the over exertion by black staff.

“With the amount of black students on our campus rising each year, there needs to be intentional effort put into the well-being of black students, and the inevitable trauma that they experience on this campus,” the coalition said.

In WFU’s response to the coalition’s statement and demands, Neal said again that Wake Forest is committed to working for a more inclusive campus community.

Jesse S. Lyons, the assistant executive director for advancement for the national Kappa Alpha fraternity, released a statement about the WFU yearbook photos.

“For everyone, the collective revelation of these activities have served to educate us all on the past, punctuate the changes that have been made by our order and in society, and direct us to continue to closely follow our values today,” Lyons said. “Kappa Alpha Order is a moral compass for the modern gentleman and promotes respect for others. We are proud of our members who have exemplified those specific values.

“It is well known that the fraternity has consistently reviewed and revised policies regarding all social events conducted by individual chapters to ensure actions were in line with our core values,” Lyons said. “These include the prohibition of any trappings and nomenclature associated with the Civil War period.”

The fraternity prohibited displays of the Confederate flag in 2001, banned Confederate uniforms, parades and other trappings of the Old South in 2010, and banned names of social events associated with the Civil War period in 2016, Lyons said.

Kimya Dennis, an associate professor of sociology and criminal studies and the coordinator of criminal studies at Salem College, said in an email that some people consider the Kappa Alpha fraternity as a symbol of the Ku Klux Klan, the Confederacy and white male dominance.

“This is important because even the nicest men, most of them white with a few non-whites, were still interested in joining (the Kappa Alpha) Order and being surrounded by Confederate flags on fraternity house walls, being told to appreciate Robert E. Lee, and other illustrations of white dominance,” Dennis said.

“Today most devotees of Confederate ideology are too cowardly to publicly espouse their racist views with such clarity,” Thornhill said in an email. “Instead, they deploy tired, unconvincing claims of respect for one’s heritage and ancestors, states’ rights, and whatever other ahistorical nonsense they’re currently spewing.”

“I suspect the Wake Forest administration is concerned with upsetting their white students, staff, faculty, alumni and donors, many of whom are assuredly sympathetic to Confederate ideology,” Thornhill said. “Therefore, any response by the university to the concerns and demands of black students, staff, faculty, alumni and donors will likely be filtered through a lens of white consideration and white feeling thereby rendering it insufficient.

“Black and non-black people of color at Wake Forest University and in the Winston-Salem community are those whose opinions ought to be eagerly and authentically solicited for advice on how to address the unfolding revelations of institutionally sanctioned racism of the past and for how to address various forms of racism on campus in the present,” Thornhill said. “It is these black folks’ voices, experiences, suggestions and demands that should be most highly valued by the Wake Forest administration.”

Greason, the Winston-Salem lawyer, said he wants to participate in a community conversation “about how we can use our diversity as a bridge toward the common good rather than a barrier to it ....”

The Wake Forest University chapter of Kappa Alpha fraternity is pictured with a Confederate flag in the 1982 yearbook, The Howler. Among those appearing in the photo are Martha Blevens (now Allman), a dean at Wake Forest, and Judge Frank Whitney, a U.S. District Court judge in Charlotte. 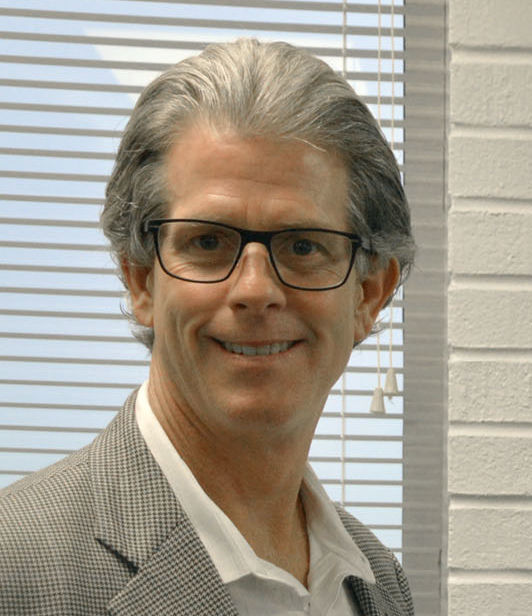