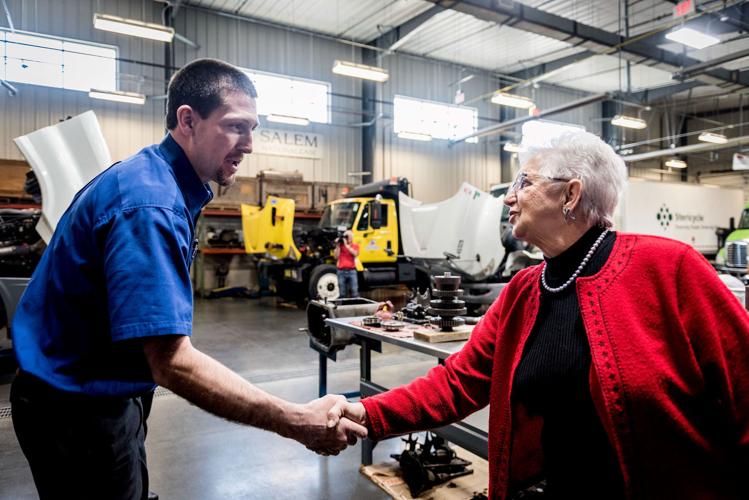 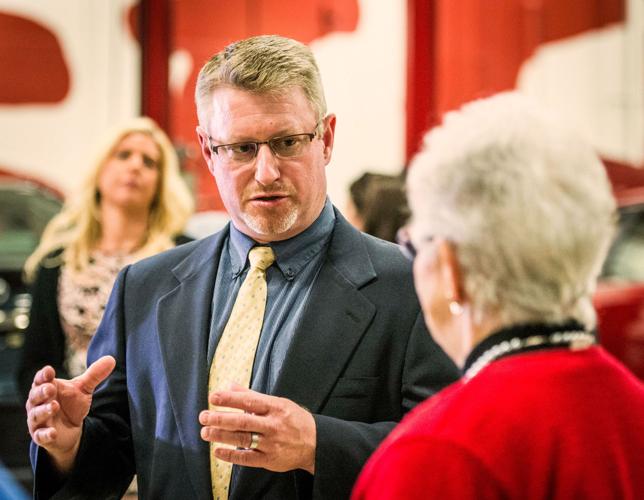 The tour consisted of the 139,000-square-foot center’s automotive systems and Toyota T-TEN programs, collision repair, diesel and heavy equipment, motorcycle mechanics and Richard Childress Race Car Technology. Several representatives from Toyota and Forsyth Tech were on hand to answer questions during the tour.

The Forsyth Tech Transportation Technology Center, which opened in 2012, is at 4255 Patterson Ave.

Forsyth Tech is one of 37 technical and community colleges within the Toyota Technical Training and Education Network, known as Toyota T-TEN, a training program that prepares students to work at Toyota and Lexus dealerships as certified technicians.

Toyota Motor North America has a total of 37 Toyota T-TEN programs, all of which are partnerships with community and technical colleges.

The college said in a statement that the national average for first-time T-TEN students taking the Automotive Service Excellence Toyota T-TEN certification test, known as ASE, is 30 percent. The average pass rate for dealership technicians with two or more years’ experience is about 40 percent on the ASE exam, the statement said.

Foxx, who is the chairwoman of the House Committee on Education and the Workforce, has been to Forsyth Tech’s Transportation Technology Center once before. She believes that Forsyth Tech has established a model program.

“This program is fantastic,” Foxx said. “I was here when it was first announced, and I have actually met with Toyota people many times in (Washington) D.C. to talk about career and technical education and the needs that Toyota has for skilled technicians. This is an area that I’m very keen on.”

She said that within her district, people in the manufacturing and service industries are saying they need skilled technicians.

When Foxx answered an unrelated question during interviews after the tour about what should be the next big agenda item for the U.S. Congress, she said, “We’re still working on passing the health care legislation. Our next item on the agenda is tax reform. We really would like to get the health care repeal and replace done because that lays the groundwork for the tax reform.”

Overall, there are currently 750 students at the Forsyth Tech Transportation Technology Center, excluding the Forsyth Tech International Center, which also is housed in the facility on Patterson Avenue.

Gary Green, president of Forsyth Tech, said students in the T-TEN program can make about $40,000 a year immediately after graduation from a two-year college program, with the potential to go up to $100,000 a year.

While those salaries are specific to the T-TEN program, Green said most of Forsyth Tech’s general technicians are in the same kind of salary range but probably not quite as much.

“These are not just entry level jobs,” Green said. “They are career-building opportunities for young people who are coming out of these programs.”

David Allgood, program coordinator for Automotive System Technology, said in a statement that Forsyth Tech’s ASE pass rate makes the college one of the top-producing Toyota and Lexus schools in the nation.

“Between their two internships and summer employment between semesters, students in this program earn between $8,000-15,000 before they even graduate,” Allgood said.

“This program more than pays for the students’ tuition, which is less than $6,000.”

Inside Dubai center where sick turtles recover before returning to sea 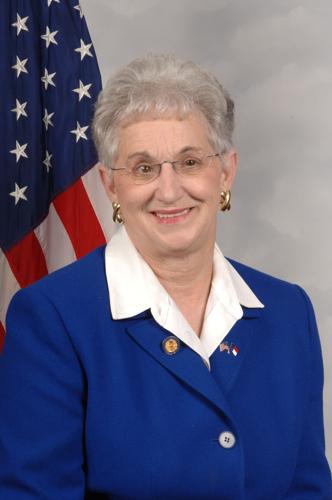