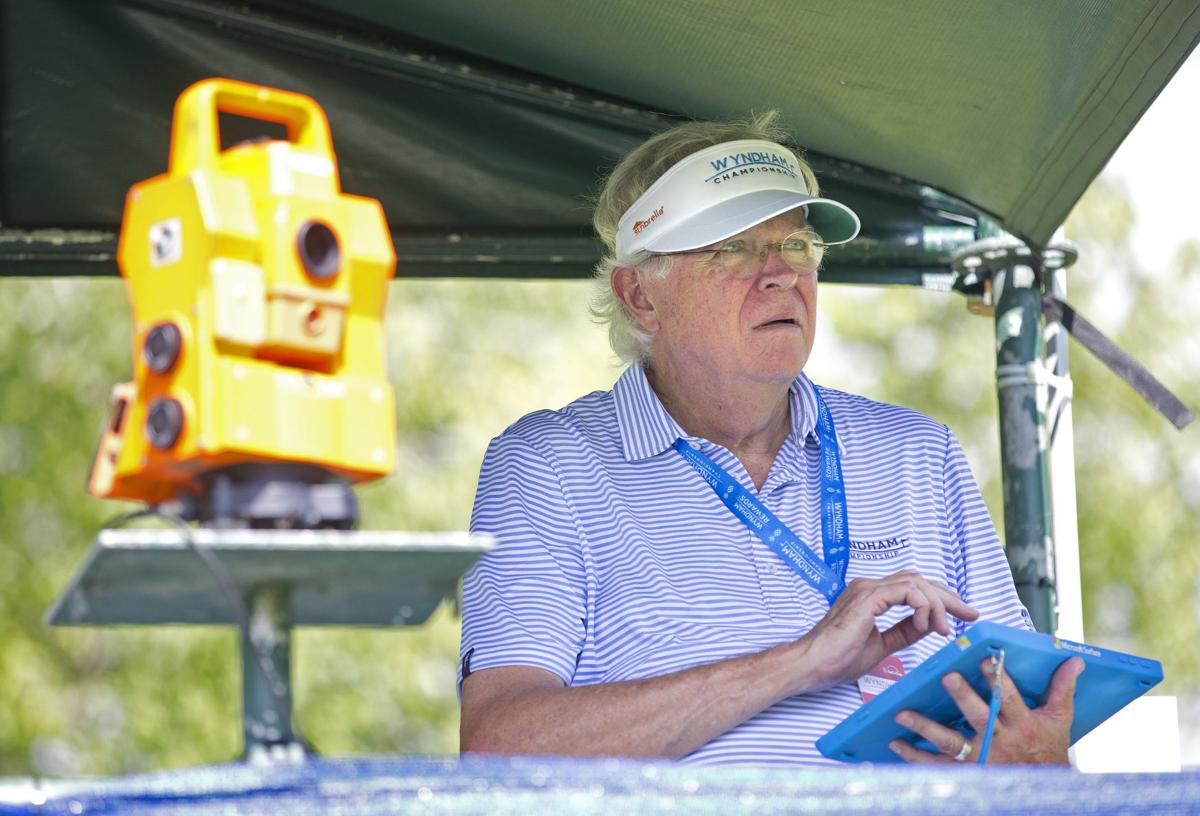 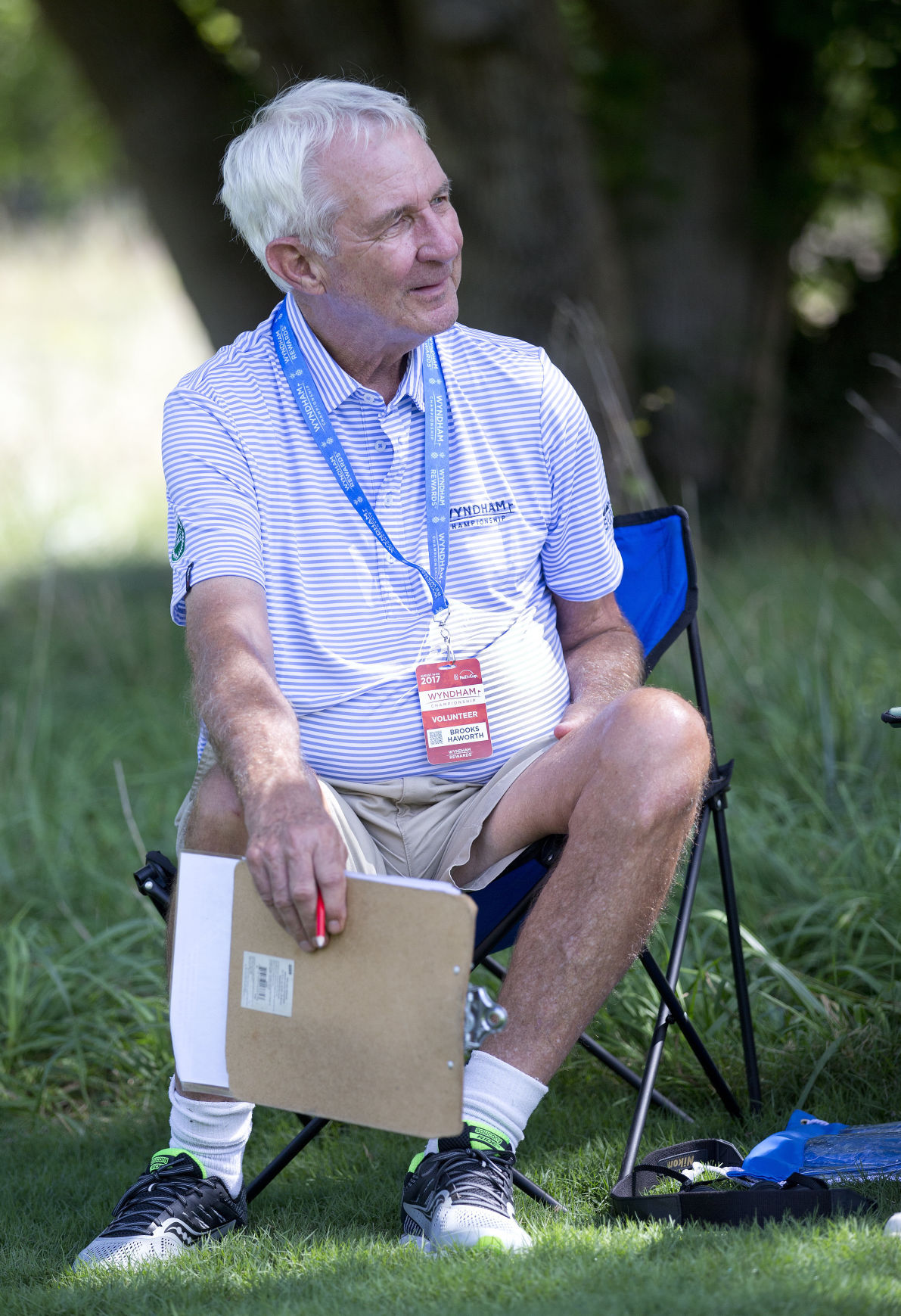 Your favorite golfer, Henrik Stenson, just hit a sweet second shot on No. 8, a par-4 hole at Sedgefield Country Club.

You wonder: How many yards for a birdie?

Just like magic, the answer appears on your TV screen — 21.4 yards.

You can thank Greensboro’s own Brooks Haworth and Harry Blair for that helpful statistic.

Every year at the Wyndham, which continues through Sunday, Haworth, Blair and a few hundred other volunteers help administer something called the ShotLink system.

Want to know which golfer is first right now in a category called “percent of yardage covered by tee shots — par 4?”

What about “proximity to hole from fringe?” That’d be Dustin Johnson.

Or “average distance of eagle putts made?” It’s Steve Bowditch.

ShotLink also sends data to the 19 electronic scoreboards scattered around Sedgefield. In the days before ShotLink, fans at the Greensboro tournament would have to wait 15 to 30 minutes to find out the yardage of putts.

Now that information is available in seconds.

ShotLink’s science, which was first developed in 1999, is about as high-tech as golf gets, relying on lasers and 3D mapping software to calculate distances between shots. A crew of professionals sit in a giant trailer parked off Forsyth Drive, analyzing the data and troubleshooting problems in the field.

But the system depends on human intelligence to gather the data. Someone has to operate the trigger-operated lasers, which look like oversized cameras on sticks that plot the ball’s location on a grid. Someone else has to keep up with which golfer hit the shot.

That’s where Haworth, Blair and all the other volunteers come in.

On Friday morning, the pair worked at their usual spot, No. 8, which Haworth said is the easiest for ShotLink volunteers to manage. Blair sat in a tower near the hole, while Haworth sat under a tree on the fairway.

Haworth especially is a seasoned pro at ShotLink, leading a team on No. 8 for years. He pairs volunteers with a deep understanding of golf, such as Blair and himself, with people who understand technology.

Friday’s crew consisted of “three tech-heads working together with the golf guys,” Haworth said. “None of the three are golfers, but they’re good with the laser.”

The volunteer work is more grueling than, say, running the cash register at the merchandise tent or serving food in the hospitality suites. ShotLink operators are outside, often baking under the sun, for their six-hour shifts.

And there are multiple opportunities for problems.

Sometimes the technology fails. Sometimes a volunteer misidentifies a player. Sometimes volunteers get frazzled and fall behind, and fail to record any data at all.

That’s why the job is one of the few at the Wyndham that requires training.

“No one is grading you. No one is critiquing you at the end of the day,” Sean Schicker, who handles advance operations for the PGA Tour, told volunteers during a training session the weekend before the tournament.

“Please don’t feel like if you make a mistake, someone’s going to be mad at you.”

Schicker makes a good point. The volunteers don’t perform tasks that change who wins, like referrees at a basketball game.

But their work does impact history.

And it makes the TV announcers look like they know what they’re talking about.

How does ShotLink work?

“Each golf course is mapped prior to the event so a digital image of each hole is used as background information in order to calculate exact locations and distances between any two coordinates (e.g. tee box and the player’s first shot or the shot location and the location of the hole).

“The ShotLink system is operated by a small staff of PGA TOUR employees and a volunteer workforce each week. It normally takes approximately 350 volunteers per event to score the golf tournament. This equates to approximately three man years of effort (between staff and volunteers). The annual ShotLink volunteer count on the PGA TOUR is approximately 10,000.”