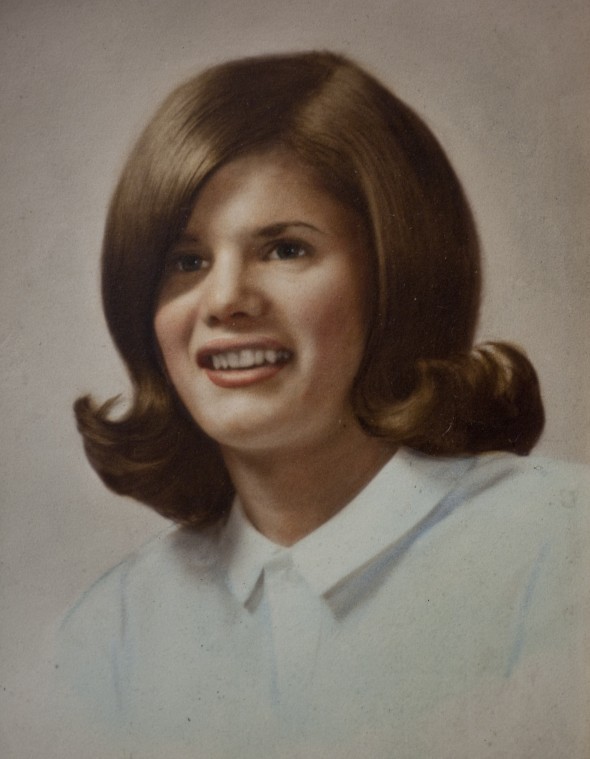 Priscilla Ann Blevins is pictured in this family photo from her high school graduation. 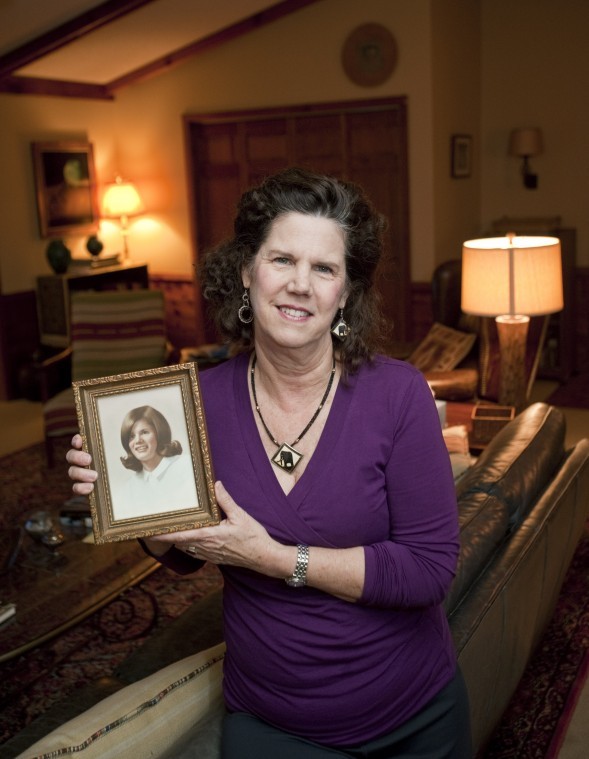 Cathy Blevins Howe poses for a portrait holding a photo of her sister, Priscilla Ann Blevins, whose body was recently recovered. She had been missing since 1975.

For 27 years, the body of Jane Doe waited to be identified in the N.C. Office of the State Medical Examiner in Chapel Hill.

For 37 years, Priscilla Ann Blevins had been missing.

Two weeks ago, Cathy Blevins Howe of Clemmons learned through DNA and dental records that the body was her sister, a Winston-Salem native who had been missing July 1975.

Howe said Wednesday that Detective Lee Tuttle of the Charlotte-Mecklenburg Police Department knocked on her door on Oct. 19 and told her, “We found your sister.”

“I was stunned by what I heard,” Howe said.

Ten years later, in 1985, a woman’s body was found off Interstate 40 in Haywood County and was taken to the state medical examiner’s office in Chapel Hill.

Howe said she didn’t think she and other relatives would ever learn any additional details about Priscilla Blevins’ disappearance.

In 2009, Howe provided her DNA to investigators, and they used that evidence and dental records of Priscilla Ann Blevins to identify Blevins as the woman found in Haywood County.

Howe declined to comment on the investigation into her sister’s death or whether she thinks foul play was involved, but she said she doubts that Blevins willingly allowed herself to be taken to Haywood County, west of Asheville, on the Tennessee border.

“I don’t think it was her own will that she was found on the side of the road,” Howe said.

Howe was planning a business trip to Namibia, Africa when Tuttle told her that her sister had been positively identified, Howe said. She decided to go ahead with her trip because “I gave myself time to absorb this shocking news,” she said.

Howe works as a revenue management professional for SITA Inc., an international airline software company based in France.

Howe said that Tuttle didn’t tell her what type of investigation authorities are pursuing since Blevins’ body had been identified. An autopsy has been performed on Blevins’ body, but Howe said she didn’t know the results.

Tuttle could not be reached Wednesday to comment on the investigation. Sharon Artis, a case-management supervisor in the state medical examiner’s office, also couldn’t be reached to comment.

Blevins taught English in South America and then moved to Charlotte, according to a 1978 story about her in the Winston-Salem Journal. She had quit her job at Ivey’s department store in Charlotte before she disappeared.

In the late 1970s, Blevins’ disappearance drew the attention of then U.S. Sen. Jesse Helms and U.S. Rep. Steve Neal, who put several federal agencies on alert for any sign of her.

However, few clues came to light in the era with no Internet, social networking or extensive awareness by the news media and public about missing persons, Howe said.

Howe appreciates that Tuttle has persisted to identify her sister’s body, and that DNA technology is available to help investigators in the case, she said.

Howe said she now wonders what the next step will be. She is planning for a “memorial homecoming” for Priscilla Blevins to be held Nov. 17 in Wait Chapel at WFU.

“What is the protocol after you find someone after 37 years?” Howe asked. “What do you do next? I don’t know.”

The identification of Priscilla Ann Blevins’ body has answered two questions — where did Blevins end up after she went missing 37 years ago, a…

Priscilla Ann Blevins is pictured in this family photo from her high school graduation.

Cathy Blevins Howe poses for a portrait holding a photo of her sister, Priscilla Ann Blevins, whose body was recently recovered. She had been missing since 1975.