The new ward boundaries proposed for Winston-Salem aren’t just lines on a map: They shed light on the growing diversity of a city in which no racial or ethnic group holds a majority.

The wards won’t go into effect until sometime this fall, giving anyone who wants to argue about the voting districts plenty of time to make their case.

Growth wasn’t even, though: South Ward grew 16%, but Northeast Ward grew only 4%. As a result, the city can’t leave the current ward boundaries in place because of the legal requirement that districts must be close to equal in population.

“The goal of our efforts with redistricting is to ensure the one-person, one-vote standard,” Assistant City Manager Aaron King said when he introduced the proposed new districts to a city council committee on June 14. “We have to do this by law if any one of our wards are out of the legally acceptable standard of plus or minus 5%.”

While the legal requirement is that wards be within 5% of one another in population, King said the new ward boundaries do a lot better than that: With an ideal population per ward of 31,193 people, no ward is more than 1% away from that number.

That breakdown mimics the changing demographics of the city as a whole, where the percent of the population that is non-Hispanic white dropped from 47% in 2010 to 44% in 2020, even while whites grew in absolute numbers.

The ward stretches south from Old Salem and West Salem near downtown, includes Washington Park and most of the Konnoak neighborhood, along with the vast area of largely newer development south of Interstate 40 and west of Peters Creek Parkway to the Davidson County line.

Looked at another way, by voting-age population, the change seems much less pronounced: South Ward is 49% non-Hispanic white, 30% non-Hispanic Black and 15% Hispanic.

“My ward represents the city in a lot of ways,” he said. “It is very diverse. It is a very rich mix of neighborhoods. It is a bellwether of the city as a whole. We were the fastest-growing, so the size of the South Ward had to be reduced.”

Larson said the ward’s changing demographics are “not a radical shift.”

Southeast Ward has the largest Hispanic population, with Hispanics making up 36% of the total and with numbers almost equal to non-Hispanic Blacks.

West and Northwest wards remain overwhelmingly non-Hispanic white, although minority groups are increasing their percentages there. Non-Hispanic Blacks make up their largest proportion in Northeast Ward, where they are 56% of the population.

Jose Isazi, a Hispanic businessman who keeps his eye on the local Hispanic community, said that because the Hispanic population is young and, in the case of many adults, undocumented, it could be many years yet before Hispanics number enough in any ward to elect one of their own to the council.

“When you see that the over-18 group is starting to represent a significant number of people will be when we have some significant clout,” Isazi said. “In the meantime, the best situation is that we as minorities develop a political alliance.”

The only controversy that arose when the city committee looked at the new ward lines on June 14 was over the placement of Civitan Park and Bowman Gray Stadium. Now in the East Ward, both areas would move to Southeast Ward under the proposal.

East Ward Council Member Annette Scippio, noting that the change came at the request of James Taylor, the council member for Southeast Ward, said that she would be making a formal request for the areas to stay in her ward.

Scippio’s ward has the campus of Winston-Salem State University, which plays its football games at Bowman Gray Stadium and has a long-term lease on the park.

“It would be awkward to have the university have to confer with two council members over the property,” Scippio said.

Some of the other bigger shuffles between wards that the plans envision:

The city isn’t taking any quick action on the proposed ward changes, which are still only in the discussion stage.

King said city planning staff plans to hold three or four events to give people a chance to look at the maps in detail and offer their comments.

City officials say they also plan to use the city website and social media to get out the word.

Draft maps and comments from the public meetings will go back to the council in September or October.

King said the council is also required to have a public hearing before putting the new districts into effect. The new districts would need to be in place for the 2024 city elections.

The city plans to mail postcards to all residents once the new districts are established so that people know which ward they are in and who the council member is.

Winston-Salem wards: Where they are and where they could be going 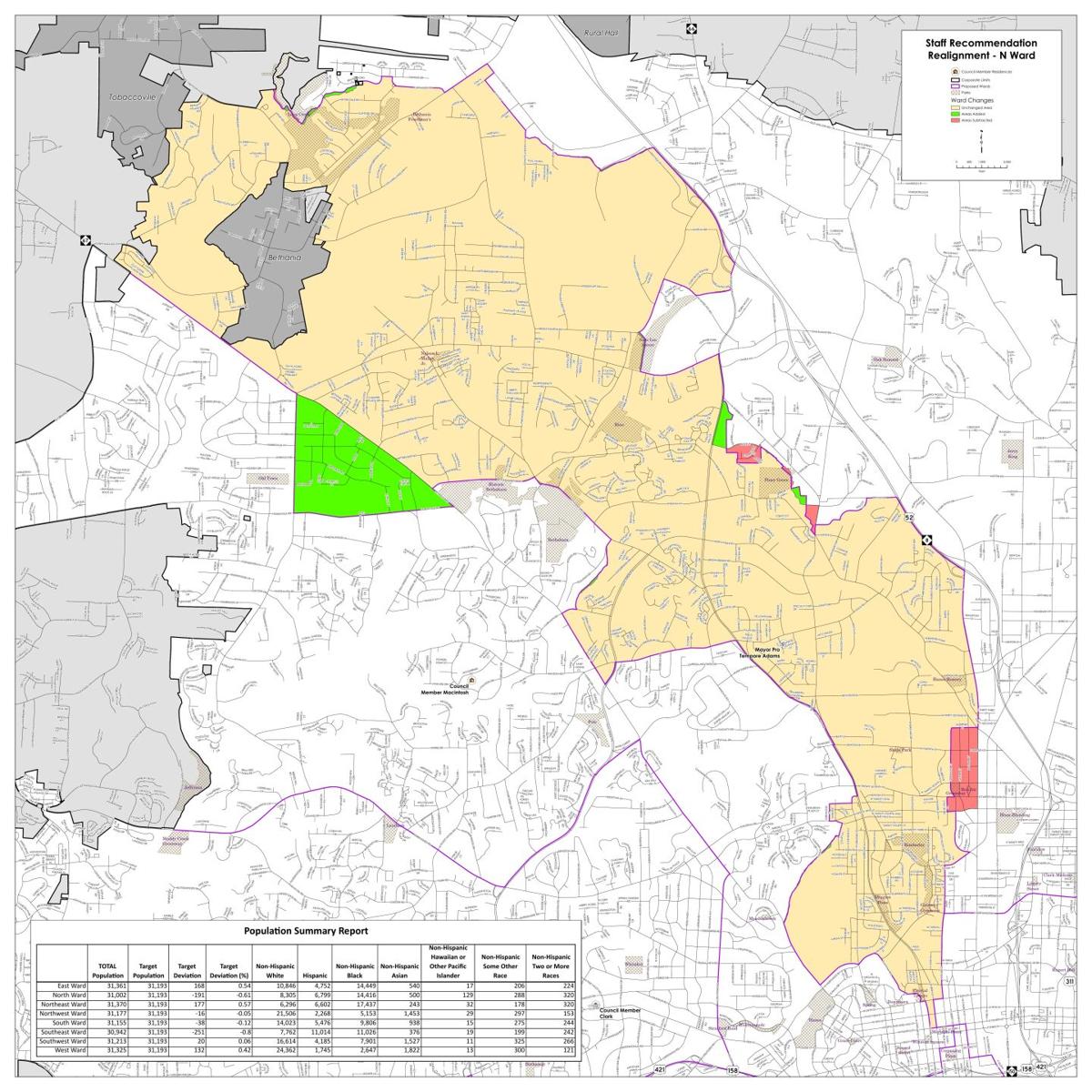 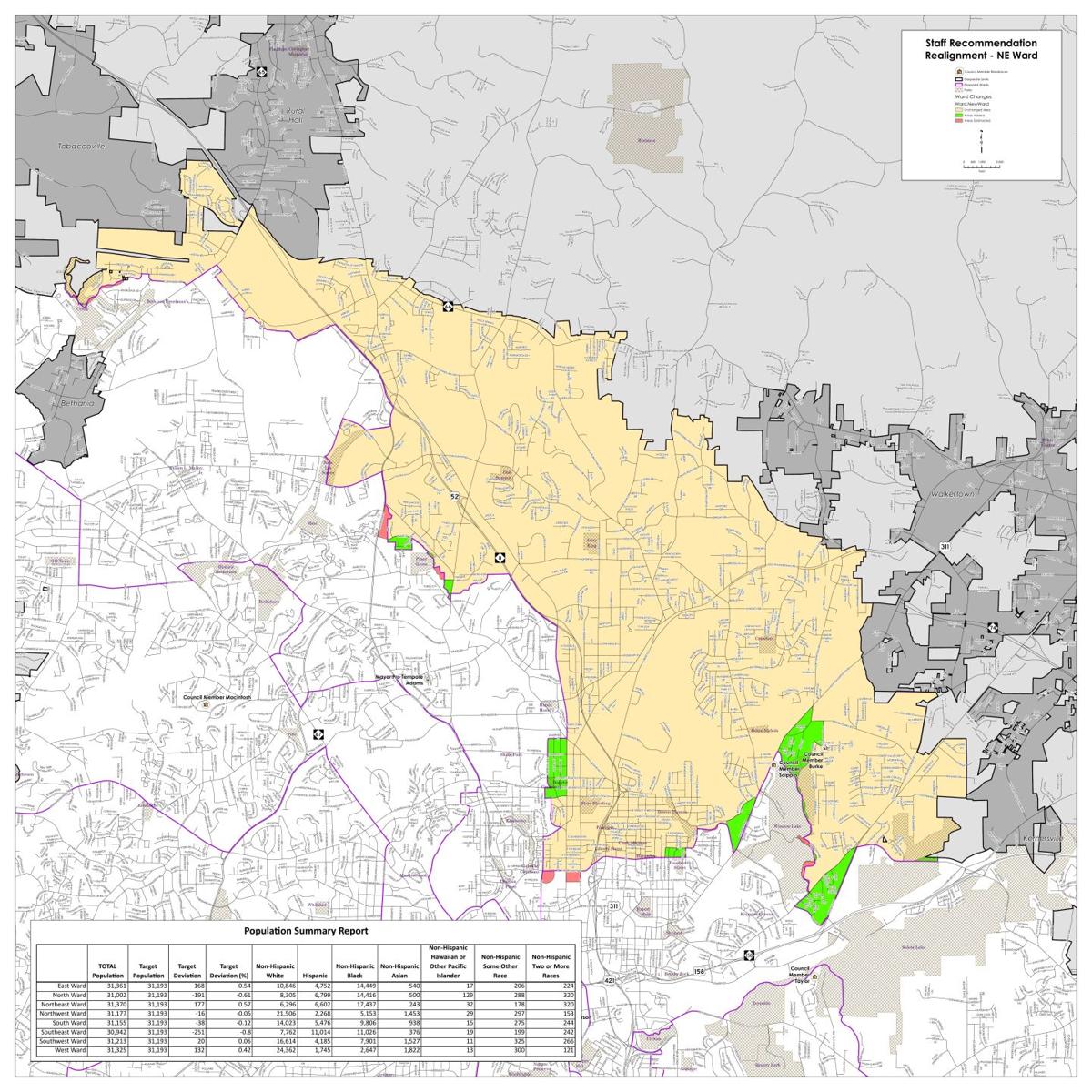 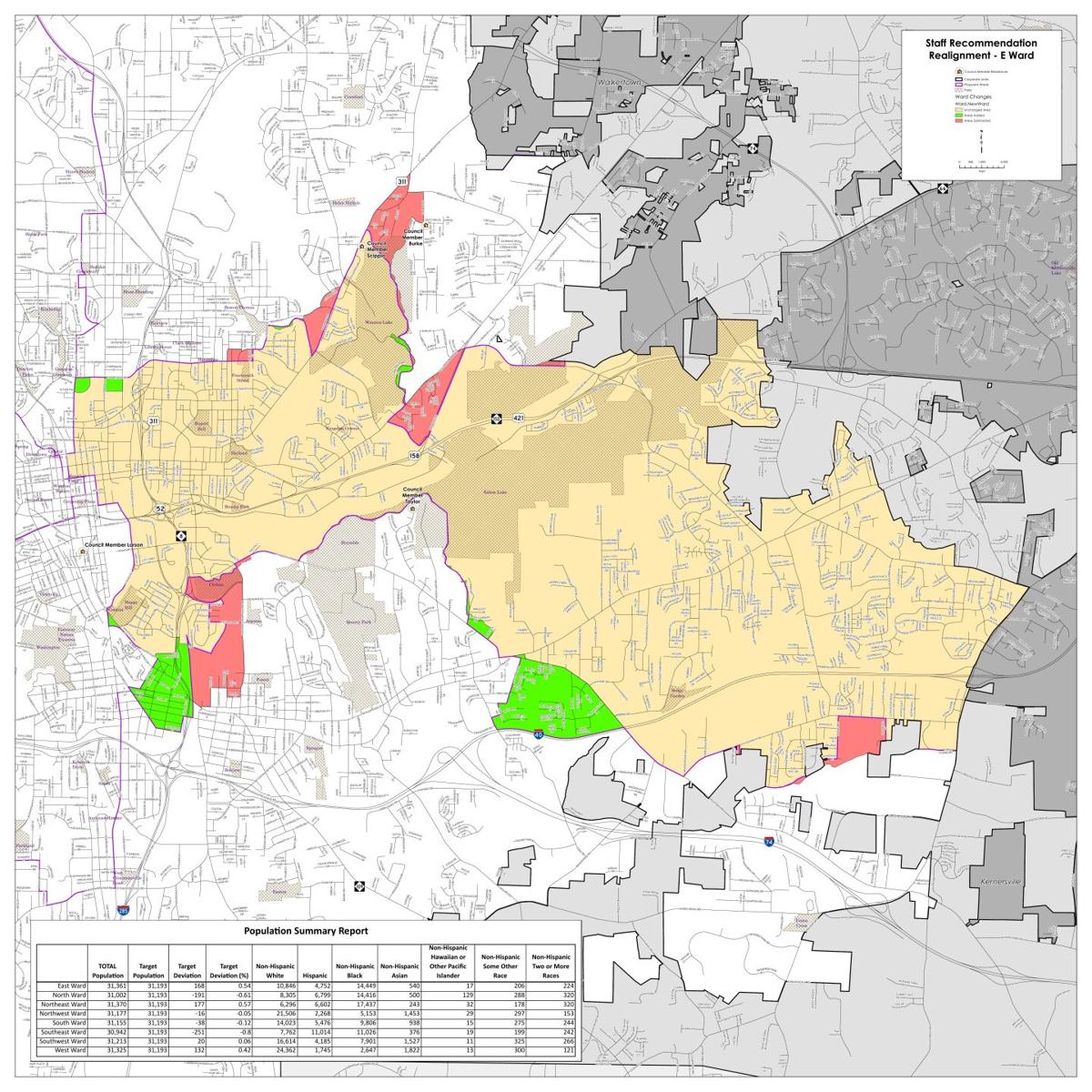 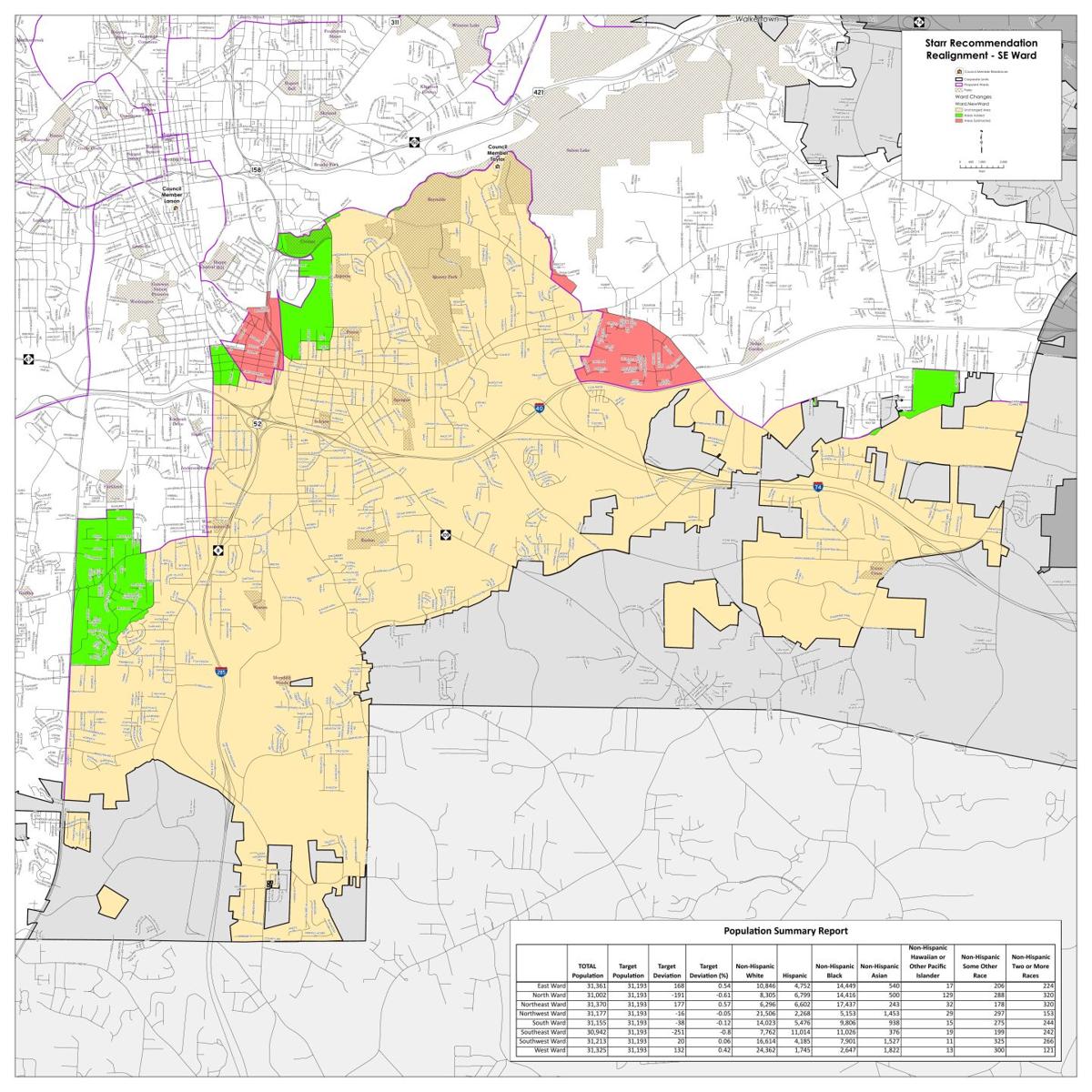 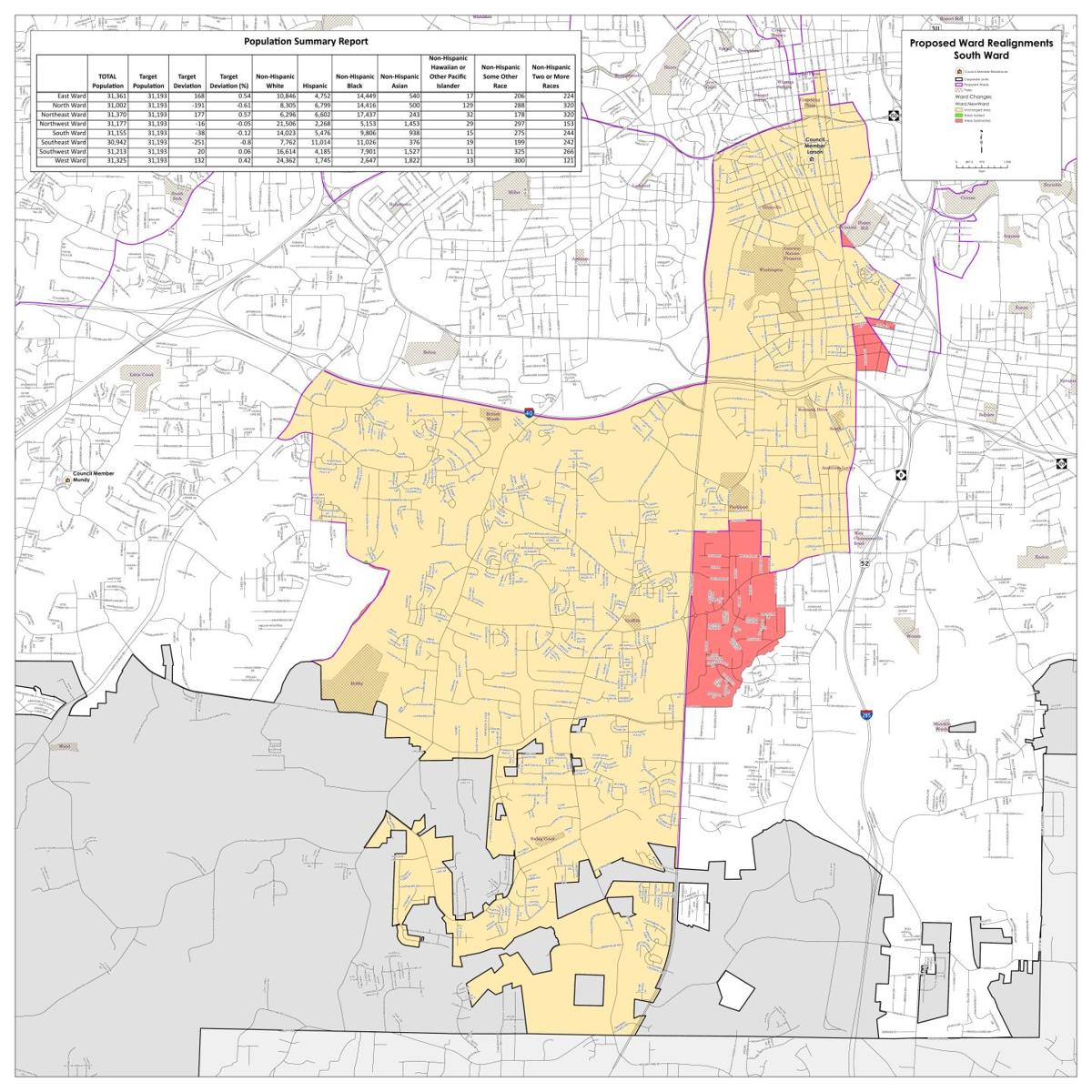 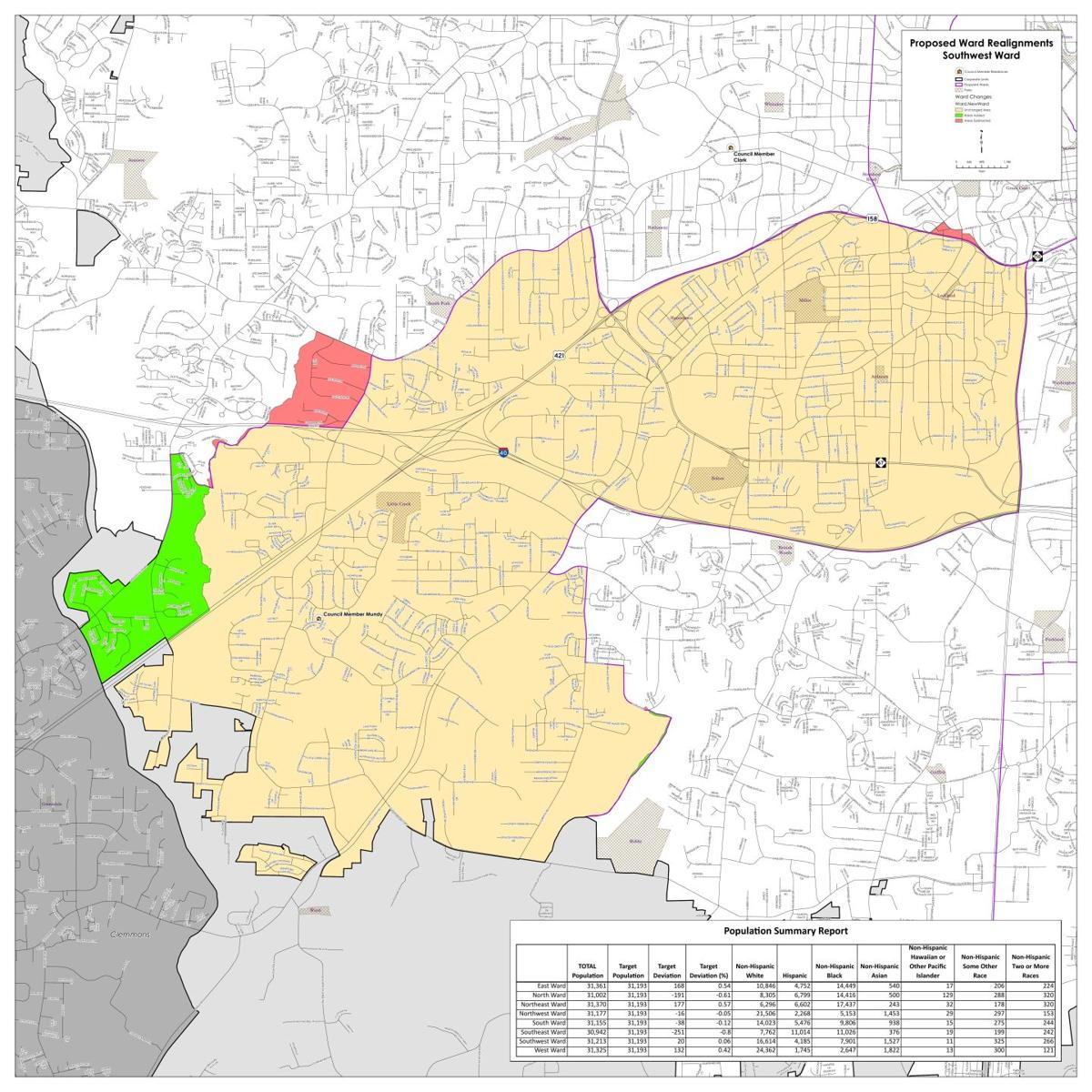 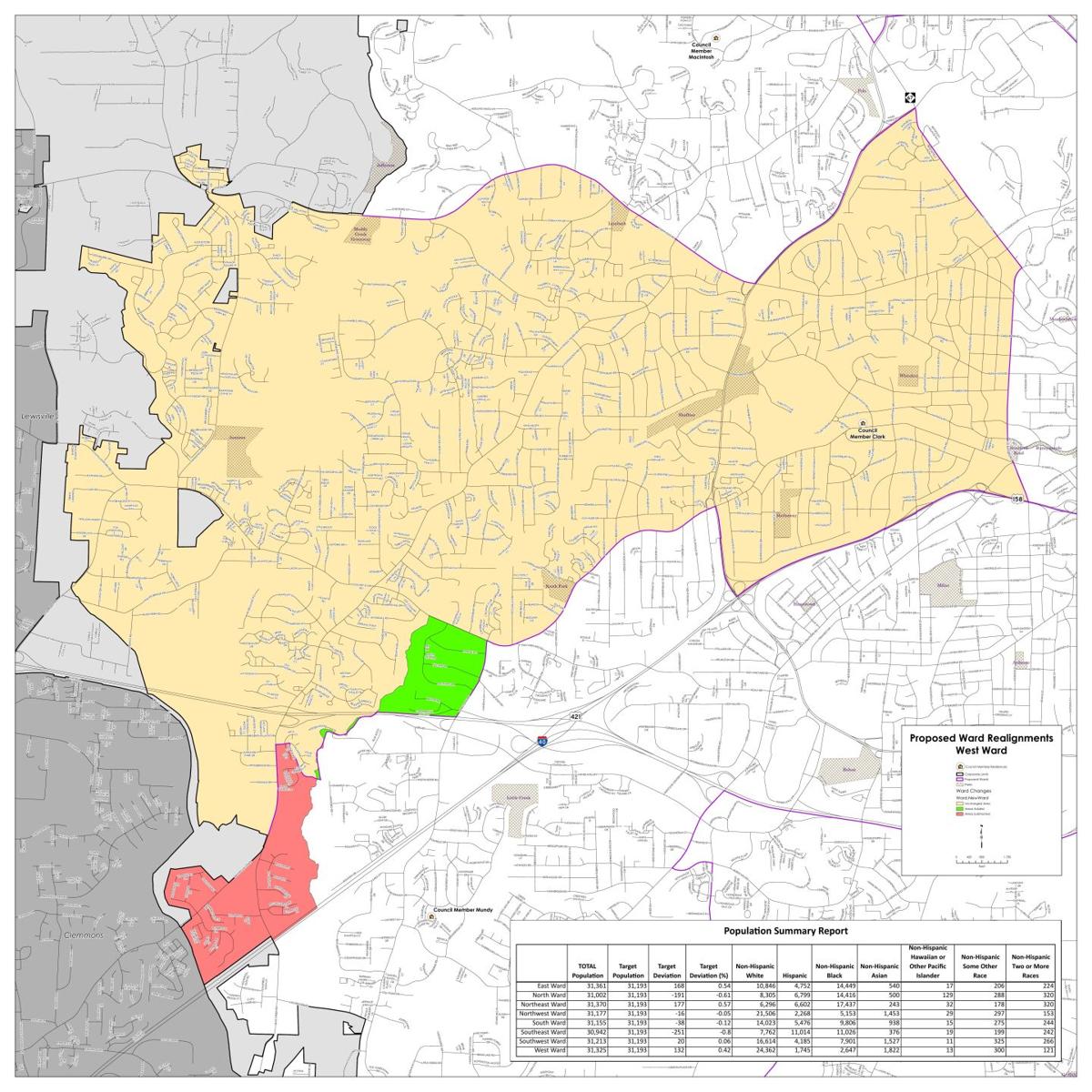 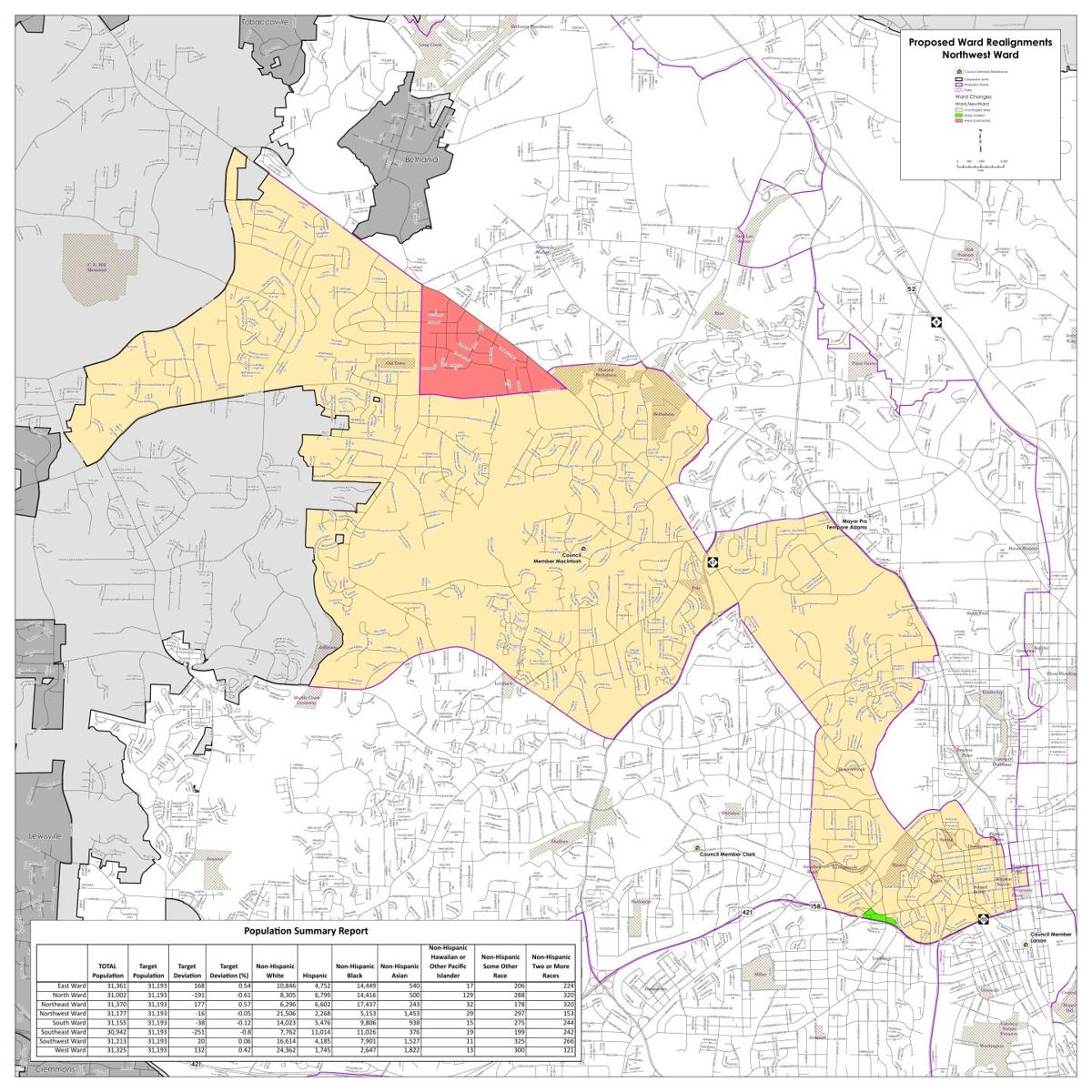 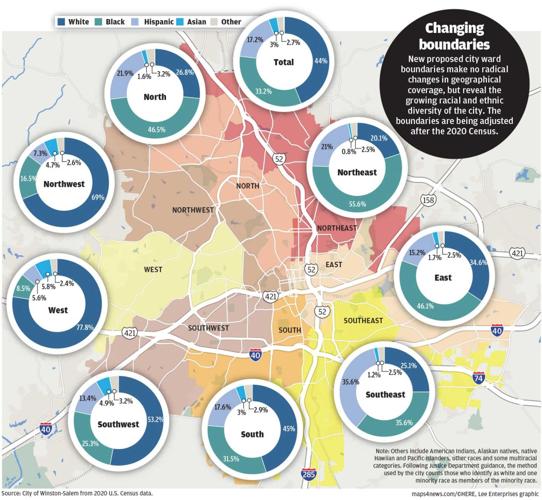 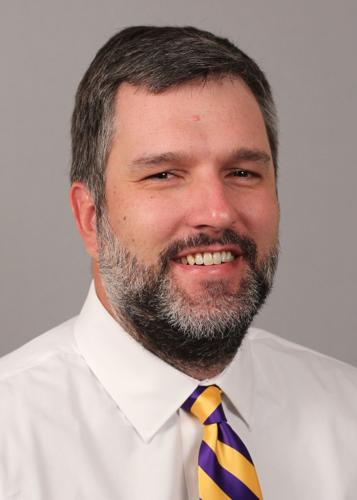 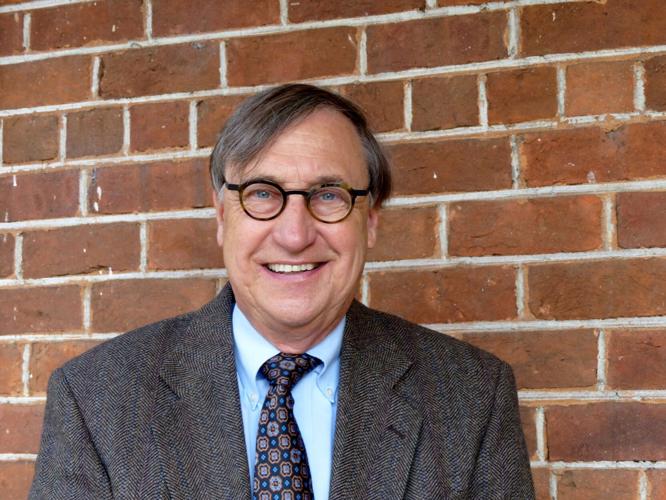