A local social justice organization will stage a protest Saturday at a Winston-Salem beauty supply store after videos posted on social media showed the store’s owner and an employee in a physical confrontation with a Black customer.

The protest, sponsored by Hate Out of Winston, will be held at noon at Ego Beauty Supply, 1232 Waughtown St.

It comes after the organization talked with Hasan Mohammad, the son of the store’s owner, who said, “We can’t touch a Black woman. It’s not fair.”

Mohammad admitted to making the statement, though he said it was taken out of context.

Hate Out of Winston posted a video on its Facebook page last week that shows part of the incident, calling it an example of how some retailers mistreat Black customers.

Terrica Hughes, a hairstylist who has made wigs for the store, went to the store to buy hair glue and another product. The total came to $31.

Hughes said store employees accused her of stealing the items even after she pulled up her bank account and showed them the pending charge.

Hughes and the store’s owner, Hasan Kanan, have both apologized publicly for their actions during the incident.

Winston-Salem police were called, but no charges were filed. A incident report says there were two victims who had minor injuries. The victims’ names are not in the report.

Hughes, a hairstylist who has a salon in Clemmons, told the Journal on Tuesday that she was surprised at how the store handled the situation.

“The merchandise wasn’t stolen, and it was purchased,” Hughes said.

Hughes said she sustained bruises and scratches from her encounter with Kanan and a female store employee.

“This was mistreatment,” Hughes said.

“We did not attack her,” Kanan said. “She attacked us.”

Kanan said that Hughes visited the store every week and that he gave her a 10% discount on her purchases.

“I don’t know what happened that day,” he said.

Hughes and Kanan have differing accounts of what happened.

One thing is certain: Kanan has the receipt for what Hughes purchased, which totaled $31.17.

They agree on the basics. On July 16, Hughes came into the store to purchase some items.

The issue began as she was paying. Kanan says it was unclear whether her payment actually cleared.

At some point during the encounter, Hughes showed them her online banking account, which showed the purchase as pending.

Hughes thought that was the end of of it. Kanan did not.

Hughes posted a 71-second clip of that video to social media, saying she posted it publicly to show the circumstances that led to the incident.

The video shows moments leading up to the encounter between Hughes, Kanan and the female store employee. Hughes attempts to leave the store, where she says she spent 20 to 30 minutes.

Kanan grabs Hughes and pushes her back to the store’s counter. The female employee also grabs Hughes, and Kanan takes a bag from her.

The full video includes footage that shows Hughes hitting Kanan and the employee as she leaves the store. At one point, Hughes posted a clip with that encounter, although it is not clear whether it remains visible on her social media.

Kanan admits taking the merchandise from Hughes on July 16 but says he did not hit or attack her. He said he went behind her and held her to get the merchandise.

After Hughes’ video spread, Ego Beauty Supply initially posted a 297-word statement about the incident on its Facebook page. In the statement, the store apologized to Hughes for how it handed the situation.

“It should have never escalated the way it did,” the store’s statement said in part. “We have talked to Terrica and apologized for what happened.”

The account portrayed in Hughes’ video “isn’t the whole truth, did not show everything and did not explain the other side of the situation,” the store’s statement said.

“Our system showed it (the purchase) as declined, and we attempted to resolve the issue by contacting our (point of sale) company and asking her to provide another form payment,” the store’s statement said.

“Regardless of what triggered our response and the customer’s response, we still should have not handled the situation the way that we did,” the store’s statement said.

On its Facebook page, Hate Out of Winston criticized the store’s statement.

“This is not an apology,” the organization said. “No accountability for the hostile actions of the owner.”

Hate Out of Winston said Mohammad was defending the decision by store staff to grab Hughes.

Mohammad said that he had a 40-minute conversation with group’s organizers and they decided to post his comment about not being able to touch a Black woman.

Mohammad acknowledged that he made the statement to the organization but said the organizers took it out of context.

“I didn’t like the conversation,” Mohammad said about his phone call with the Hate Out of Winston representatives. “I regret talking to them.”

Miranda Jones, a representative of Hate Out of Winston, said that her organization didn’t quote Mohammad out of context.

During the phone conversation between the organization and Mohammad, Mohammad indicated that his father’s store’s insurance doesn’t cover losses from customer thefts, Jones said.

Mohammad then explained why his father has a right to put his hands on Black women to recoup his merchandise, Jones said.

“His context was clear,” Jones said of Mohammad’s statement about not being allowed to touch a Black woman.

“The owner put his hands on Terrica,” Jones said. “She was not the aggressor. It was very clear that she was defending herself.”

Last week, Ego Beauty Supply issued a second statement on its Facebook page, describing it as the official statement about what happened July 16.

“It’s a time of reflection, and we take this time to improve as a company and to grow as people,” it said.

Also on social media, Hate Out of Winston said that the Black community often encounters the racial stigma and profiling that comes with shopping while Black.

Hughes encountered discriminatory treatment during her encounter with the store’s owner and employee, the organization said.

“We have to speak up and demand that actions like this never happen again,” the organization said.

In its announcement about the planned Saturday protest at the store, Hate Out of Winston says it wants Ego Beauty Supply not to press charges against Hughes and make an apology to Hughes and the Black community.

Hate Out of Winston also demanded that the store donate no less than 5% of its annual profit to three to five Black organizations for three years.

“(We request) Ego Beauty Supply immediately enacts a policy that unequivocally states that they do not escalate nor physically assault or place their hands on Black women or any Ego customers,” the organization said.

The group requested that the store make a one-time donation to Hughes’ business to make their apology more sincere. 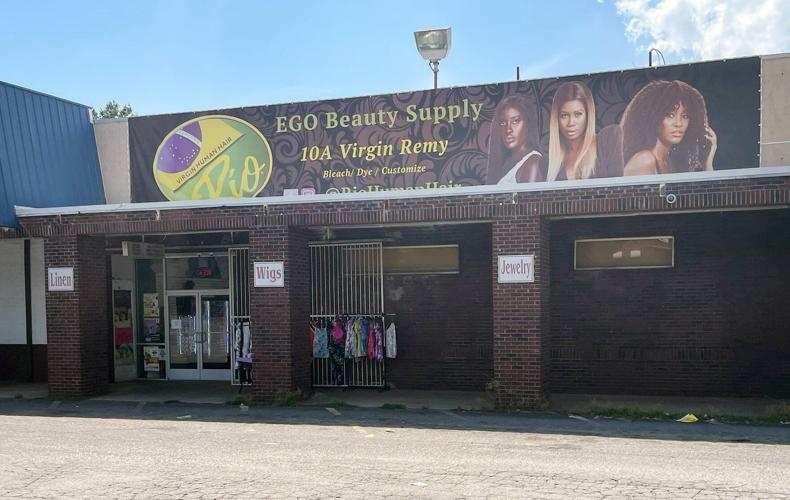 Hate Out of Winston is planning a protest Saturday at the Ego Beauty Supply store at 1231 Waughtown St. after videos posted to social media showed a Black woman being involved in an altercation with the store’s owner and an employee. 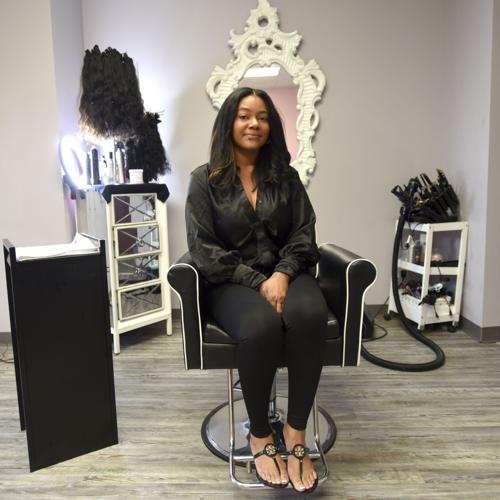 Terrica Hughes sits for a portrait in her salon in Winston-Salem. Hughes is a hairstylist who recently was forcibly stopped from leaving a beauty supply store because of an issue with payment. 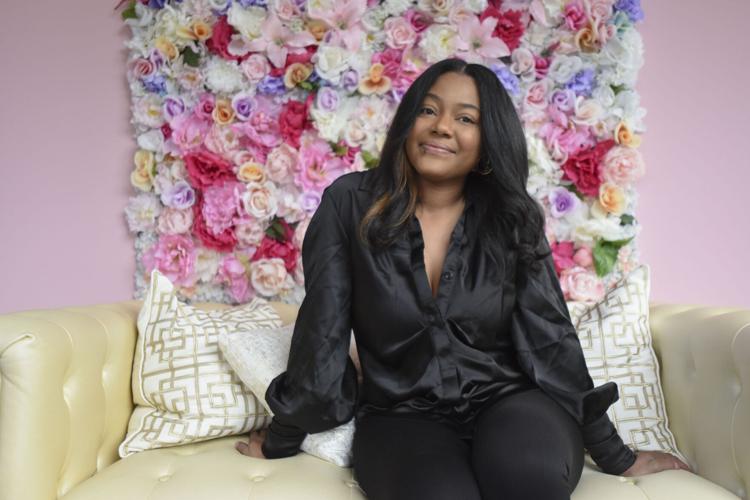 Terrica Hughes sits for a portrait in her salon on Tuesday, July 26, 2022 in Winston-Salem, N.C. Hughes is a hairstylist who recently was forcibly stopped from leaving a beauty supply store because of an issue with payment.