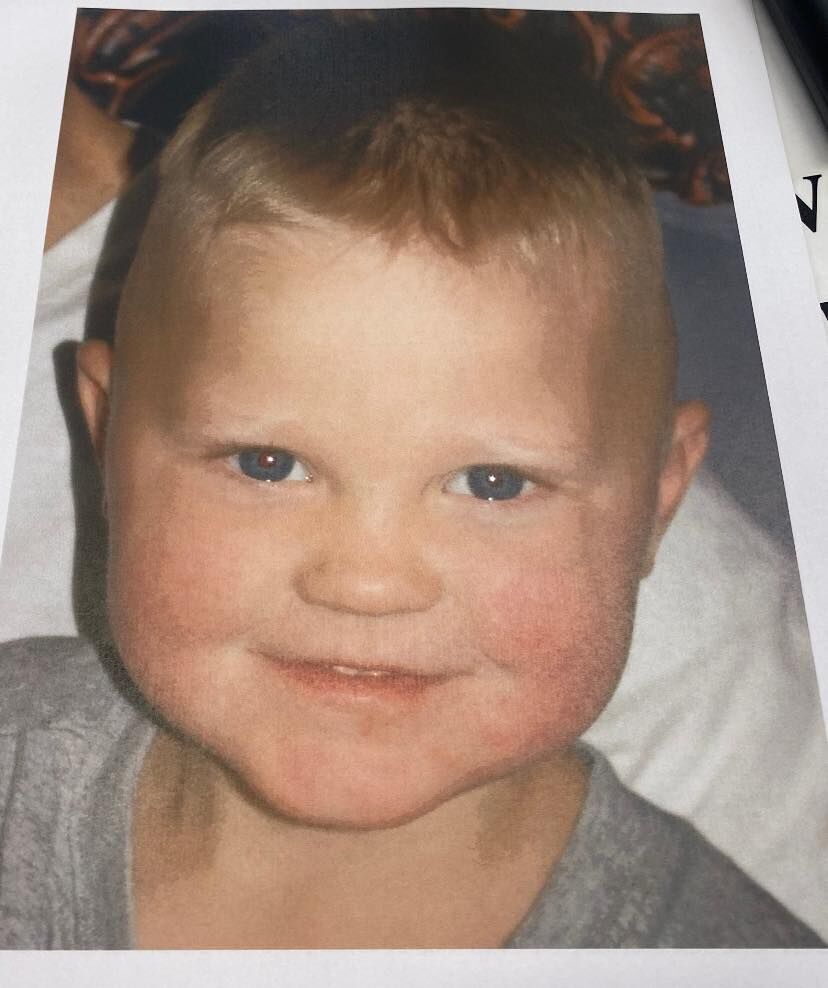 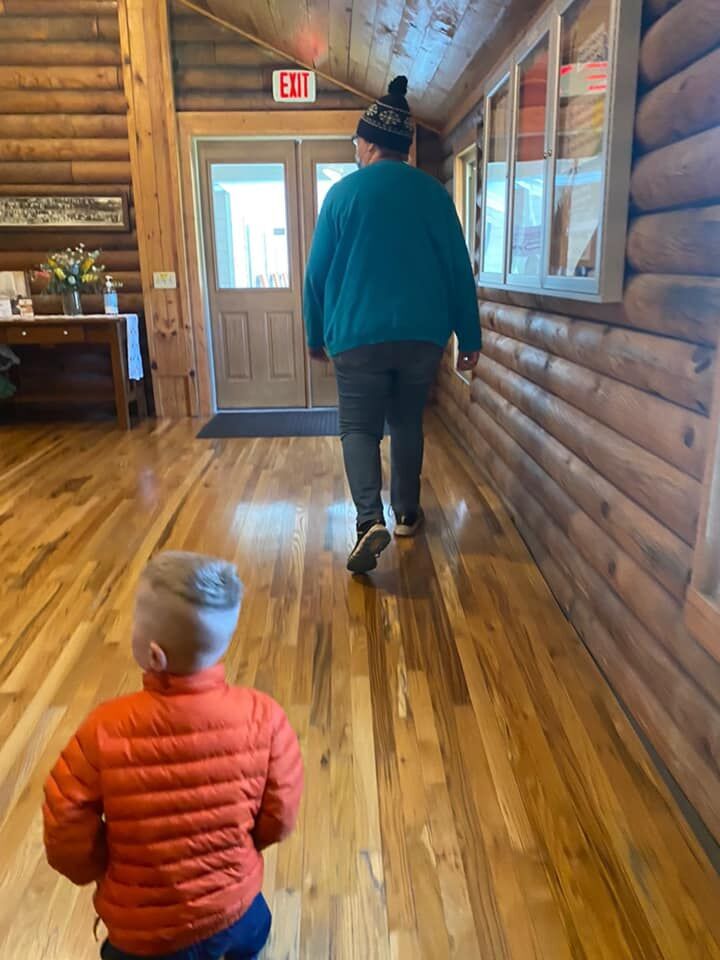 The Giles County, Virginia Sheriff’s Office released this image of the suspect believed to have taken Noah Gabriel Trout from a church nursery Sunday afternoon in Ripplemead, Virginia.

The Giles County, Virginia Sheriff's Office announced at a news conference Monday afternoon that 2-year-old Noah Trout has been found and is safe.

The boy is presently with FBI and state police officers, said Scott Moye, chief deputy of the county Sheriff's Office.

Moye said the boy was located shortly after 1 p.m. Moye took no other questions and offered no other details. Another news conference is set for 4:30 this afternoon.

Sheriff Morgan Millirons of Giles County, Virginia, about 75 miles north of the North Carolina state line, announced Monday afternoon that Nancy Renee Fridley, 44, of Clifton Forge, has been charged with abduction and felony child endangerment in connection with Noah's disappearance from a Ripplemead, Virginia church on Sunday.

Millirons said a motive for taking the 2-year-old boy had not been established as of Monday afternoon, but the investigation is ongoing.

Authorities in Giles County had asked the public to be on the lookout for a 2-year-old boy who was reportedly abducted from the church.

The county Sheriff’s Office said Noah Gabriel Trout was taken from a nursery at Riverview Baptist Church by an unidentified woman sometime in the afternoon. Virginia State Police issued an Amber Alert and said the boy was believed to be in “extreme danger.”

The woman left in a dark-colored van or SUV from the church in the 200 block of Big Stony Creek Road, according to the sheriff’s office.

Millirons said that that investigators identified a person of interest in the case, and officers from the FBI and state police set up a perimeter in Alleghany County. They saw a child matching Noah's description and swooped in, Millirons said.

Noah seems fine but will undergo further evaluation at a hospital, Millirons said.

Police: Person dies after setting house on fire during hours-long standoff in Ardmore

The mother of a 5-month-old baby who died after being left in a car for several hours Sunday is facing a manslaughter charge.

A Chesterfield County teen was sentenced Wednesday to serve 35 years in prison for manipulating a close friend to kill a young Richmond man, two days after she claimed the man had raped her. The defendant, however, admitted after her conviction that she lied about a sexual assault.

BRISTOL, Va.—A grand jury in Bristol, Virginia, has indicted a city police officer on a murder charge in connection with a fatal officer-involved shooting.

A homeless man's dog was shot and killed outside a store in western NC. Suspect faces animal cruelty charges.

This man's best friend will be missed. The man's dog was shot outside a store in Morganton, N.C. Another Morganton man is facing charges after turning himself in.

A Lynchburg Police Department officer who shot at a man while trying to take him into custody during a mental health episode, killing a dog the man was holding, was justified in his actions, a prosecutor has determined.

A Watauga County sheriff's deputy was fatally shot Wednesday afternoon and a second deputy was also hit by gunfire while conducting a welfare check at a Boone home, authorities said.

COLUMBIA, S.C. — South Carolina House members may soon debate whether to restart the state's stalled death penalty with the electric chair and…

The mother of a Hickory man charged with murder in the shooting of 7-year-old Zakylen Harris said there were as many as three other people in the car with her son on the night of the shooting.

The Giles County, Virginia Sheriff’s Office released this image of the suspect believed to have taken Noah Gabriel Trout from a church nursery Sunday afternoon in Ripplemead, Virginia.