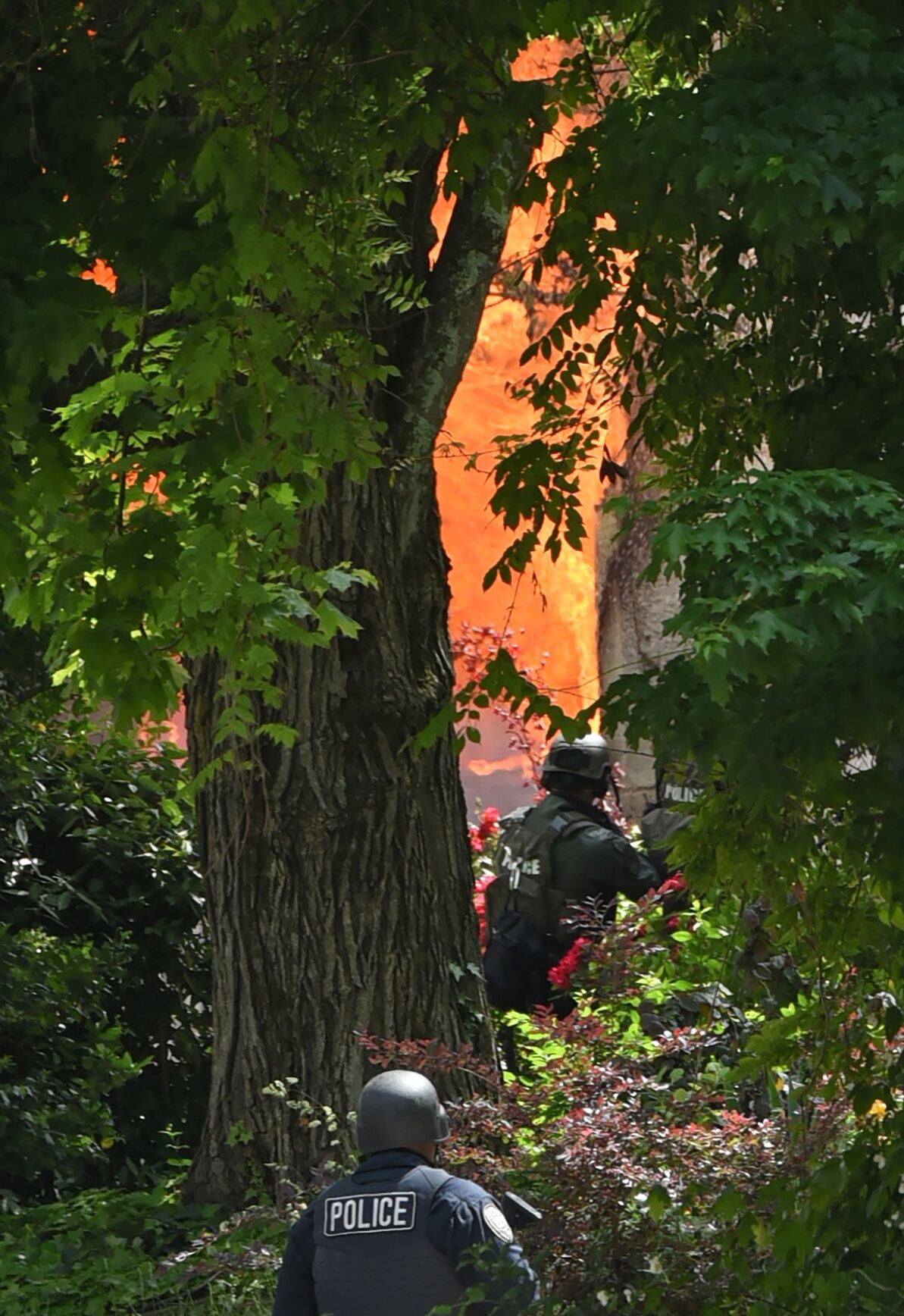 Winston-Salem police keep guns trained on a house in the 500 block of Lockland Avenue as it burns. A man was barricaded in the house until he exchanged gunfire with police around 2:40 p.m. 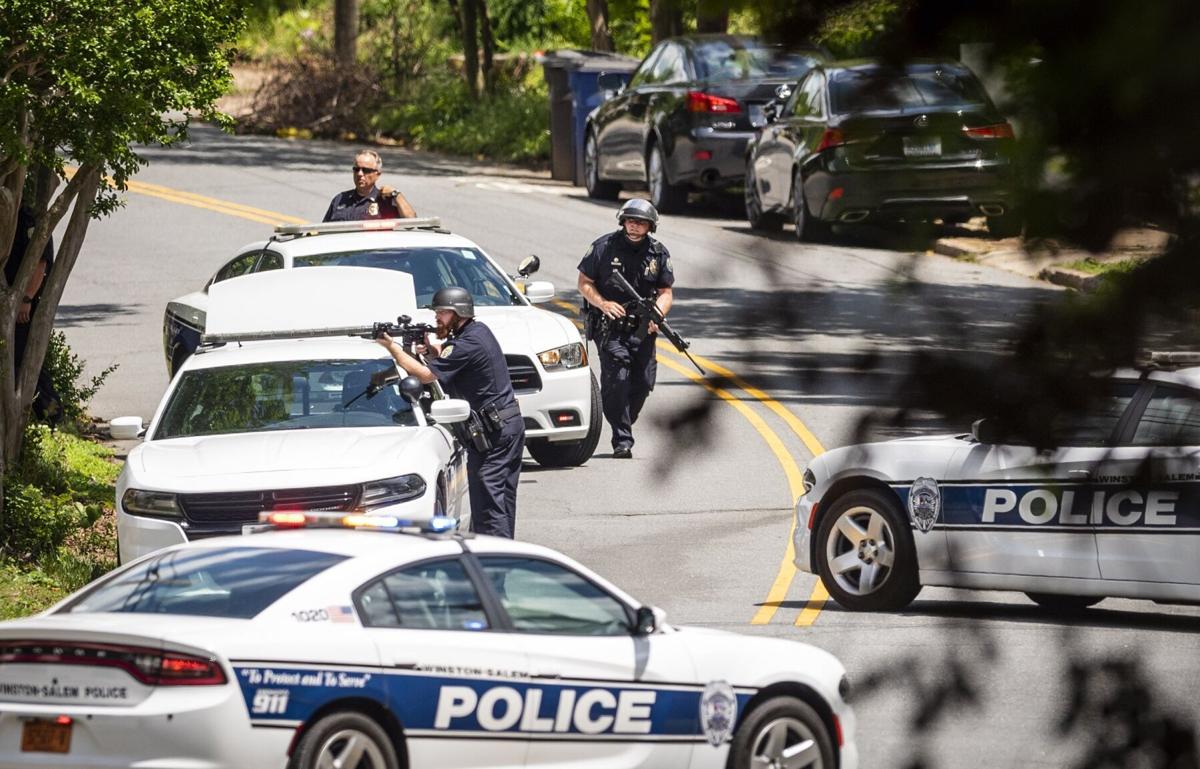 Officers with the Winston-Salem Police Department at the scene of a standoff with an armed person on Lockland Avenue on Wednesday in Winston-Salem. 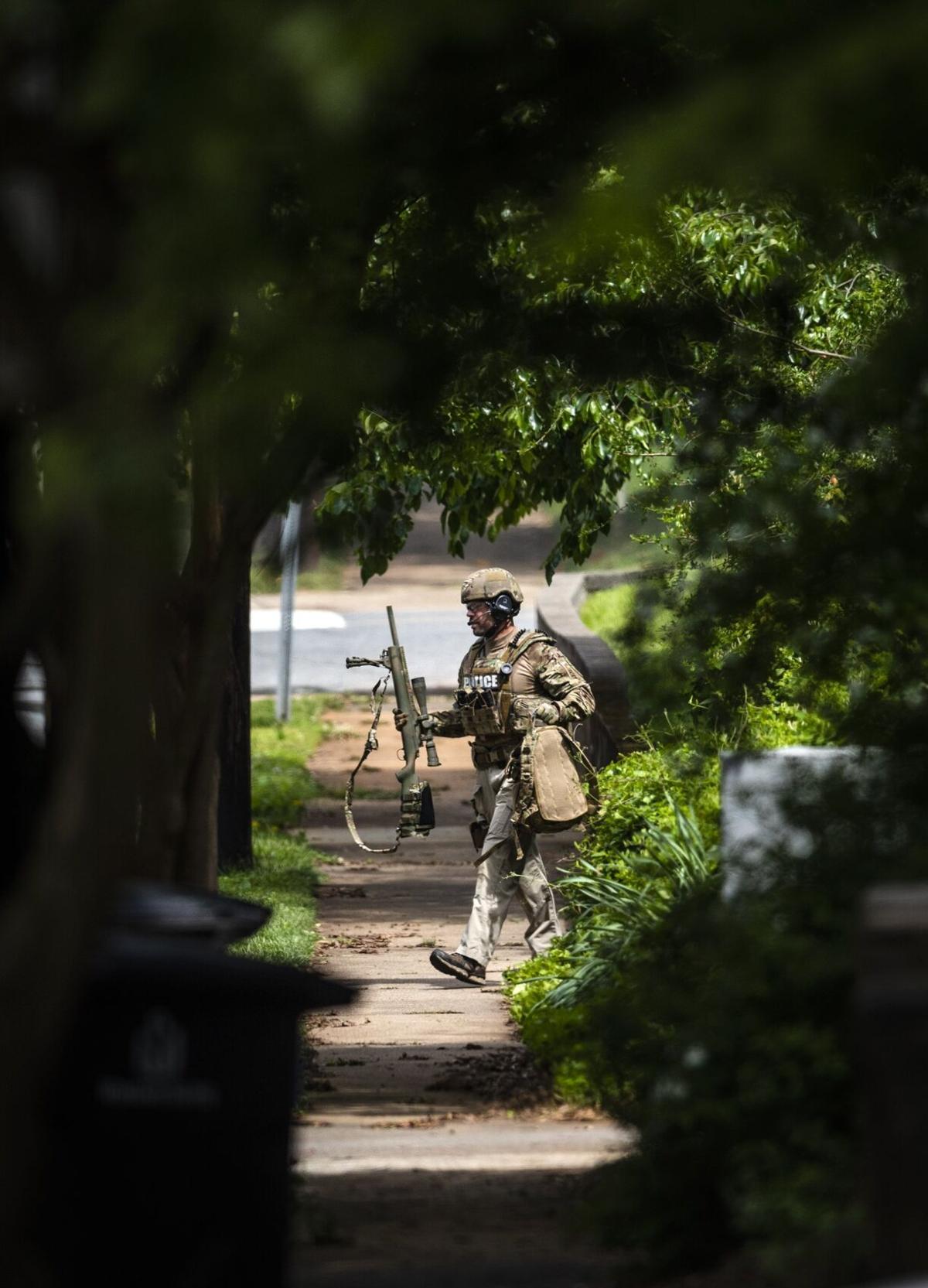 An officer with the Winston-Salem Police Department at the scene of a standoff with an armed person on Lockland Avenue on Wednesday in Winston-Salem. 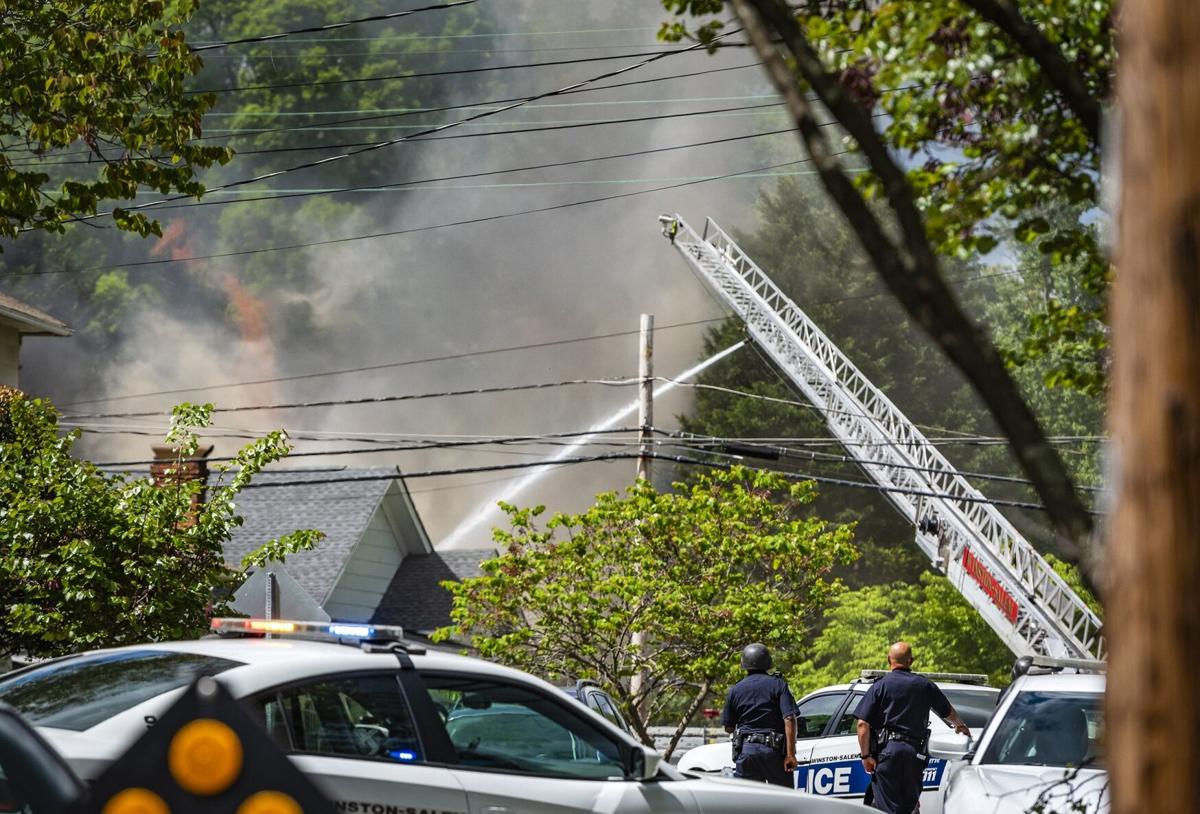 An Ardmore resident died Wednesday in the course of a standoff with Winston-Salem police during which he exchanged gunfire with officers and set his house on fire, authorities said.

After the man’s body was discovered, the public was in no further danger, Tollie said. Hours after the incident, smoke lingered in the air of the typically quiet residential neighborhood which is only blocks from Wake Forest Baptist Medical Center.

Officers went to the house around 1 p.m. after they received a report of unknown trouble there, Tollie said.

When they arrived, officers saw an injured man lying in the doorway and spoke with people inside the home, Tollie and police Lt. Joseph Doss said.

Emergency medical technicians took the injured person to a local hospital for treatment.

Doss declined to identify the people who lived in the Lockland Avenue home.

The person with the gun remained inside the home while officers used a loudspeaker to demand that the resident come outside and surrender.

That resident spoke to officers through a window, Doss said, but then fired shots from the window at the officers.

Around 2:40 p.m., smoke rose from the home, followed by more gunfire from inside, Doss said.

That prompted police to fire back at the person inside the house, Doss said.

Winston-Salem firefighters then arrived at the scene as the fire engulfed the house.

The fire apparently destroyed the house, which has a tax value of $210,500, according to Forsyth County tax records. The one-story house has 2,163 square feet and sits on 0.15 acres.

Robert E. Hayes is listed as the home’s owner, according to tax records. Hayes couldn’t be reached Wednesday for comment.

Winston-Salem police didn’t use an incendiary device that started the fire inside the home, Tollie said.

Police are working with the federal Bureau of Alcohol, Tobacco, Firearms and Explosives and arson investigators to determine whether the fire started inside the house, Tollie said.

The State Bureau of Investigation is investigating the officers-involved shooting at the home, which is standard protocol, Tollie said.

During the incident, police used their armored personnel vehicle, their bomb squad robot, members of their SWAT team, and at least one police dog.

Neighbors gathered on sidewalks and on their porches and looked toward the standoff as it lasted for more than two hours. During the incident, police blocked traffic on surrounding streets near where the standoff happened.

John Duell of Winston-Salem said he saw many police cars travel to the area during the incident’s early stages.

“It’s the most action I’ve seen go down in Winston,” Duell who works at the NAPA Auto Parts store on Peters Creek Parkway. “It looks like the whole police force is out here.”

The neighborhood where the standoff and shooting happened is mostly safe and quiet for its residents, Duell said.

Winston-Salem police keep guns trained on a house in the 500 block of Lockland Avenue as it burns. A man was barricaded in the house until he exchanged gunfire with police around 2:40 p.m.

Officers with the Winston-Salem Police Department at the scene of a standoff with an armed person on Lockland Avenue on Wednesday in Winston-Salem.

An officer with the Winston-Salem Police Department at the scene of a standoff with an armed person on Lockland Avenue on Wednesday in Winston-Salem.